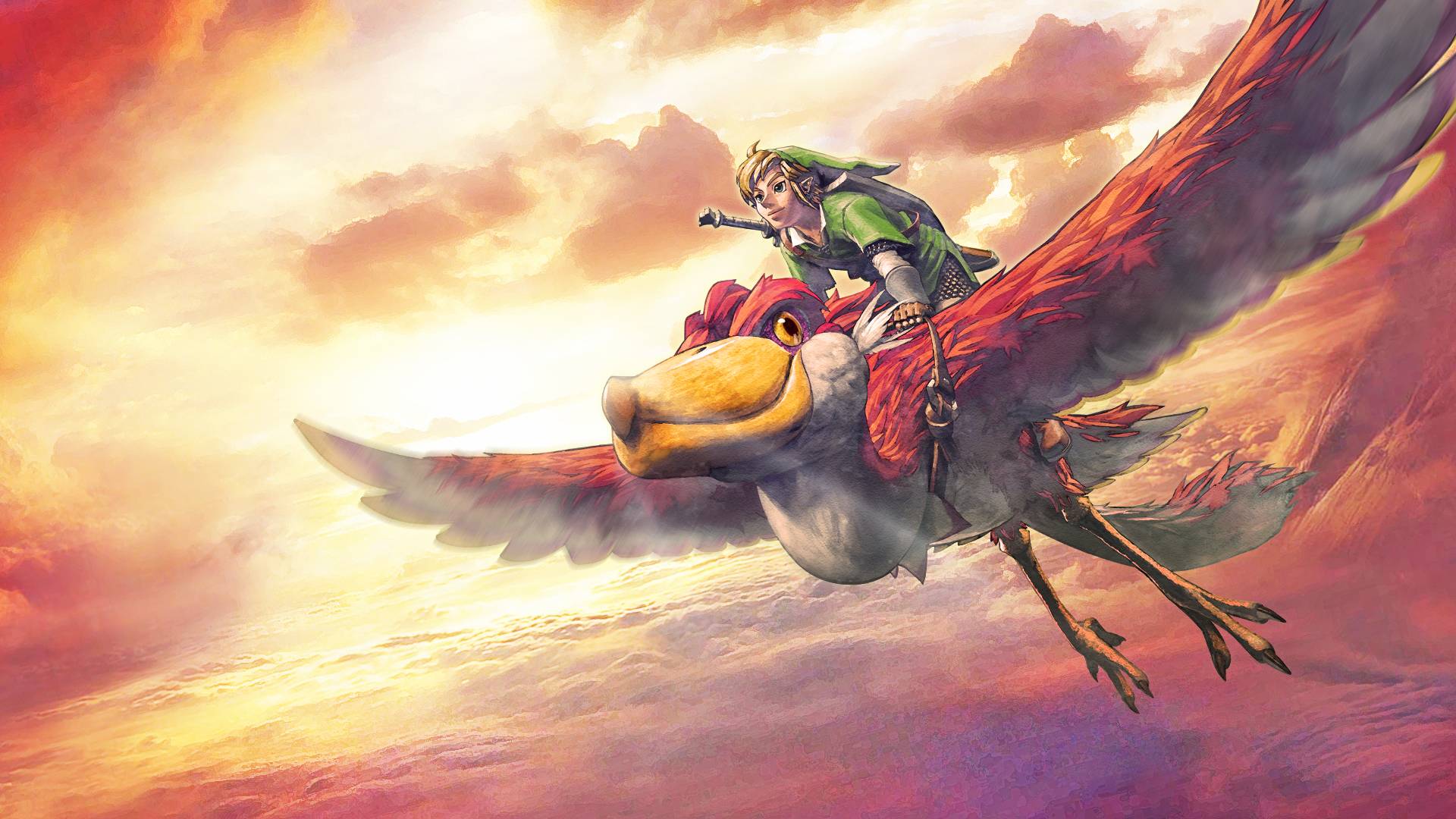 The following review was originally written for MMGN.com, on November 18, 2011. It has been revised for publication on DashGamer.com. The format for the review may be a little different to our current format.

The Nintendo Wii was released in the fall/late 2006 with The Legend of Zelda: Twilight Princess as a launch title/Gamecube title. And that game was one of my favourite Zelda experiences, that I’ve had the pleasure of playing. I had a feeling that after a couple of not-so-exciting Zelda experiences, at least on my part, that the Zelda series were finally going to get back on track of being the edgy, exciting adventures that they are supposed to be. If you recall, the NES and SNES Zelda games were some of the biggest and best action/adventure games you could play, with edgy, dark stories that would hold you for hours. A Link to the past is easily my favourite. With Twilight Princess’ release, I honestly thought, that Nintendo had a definite ace up their sleeve for the Wii. And this is where my hopes just go downhill. Now keep in mind, when the Wii was released we had no clue that the true power of the Wii, was a Playstation 2 with motion control added. So you could understand why my hopes were pretty high on this, especially when the first Super Mario Galaxy came out. I thought that they were going somewhere with the Zelda series. But no, just disappointment.

So, we’re at it again with everybody’s favourite blonde-haired, sword wielding hero, Link. But as we all know, every Zelda title that emerges from Nintendo, happens to re-invent a whole new life for it’s universe. We meet Zelda, right from the start. In Skyward Sword, she is not introduced as a Princess, but instead, we meet the the tomboy tough-girl, who isn’t likely to take crap from anyone. I kind of like that. On the way we meet a colourful cast of characters who live in the town of Skyloft, that present the classic Zelda comedic effect and dialogue, but will present those helpful tips for your adventure. The game has taken a turn of direction storyline wise, and has given us a different approach, although still stays similar enough to keep true to the Zelda lineage. Although this may seem like the best thing in many gamers eyes, it dosen’t feel “all so fresh”. It makes the game seem like a sidetracked series, even though it’s a spiritual prequel to Ocarina of Time, while the “real” games lineage will continue into the next Zelda.

Here’s where I enjoyed the game. The sudden change of the traditional antagonist Ganon or Ganondorf, gives a refreshing feel to the series. Something I believe, it’s needed for a while now. But, we do see the story have it’s lead-ins and tie-ins to the arrival of impending arrival of the dark lord himself. But while we wait, we meet the new face of evil, Ghirahim. The dark leader of the surface world who plots to kidnap Zelda for his own evil doing. In this new adventure, Skyloft’s incarnation of Link, has lived in the gravitating town his whole life, and has never heard of the surface world until his run-in with the Goddess Sword tells him otherwise, and reveals to him that there is a world below Skyloft, which reveals itself to be Hyrule. Once it is discovered that Hyrule is being led by the demon lord, Link, begins his epic adventure to save Hyrule. The game’s main plot itself sounds exciting enough to hold you out to the very core of it’s story. And as per usual, Nintendo’s storywriting department don’t disappoint. But, without the gameplay aspect being great, stories are only stories.

I remember vividly when “Twilight Princess” was released, and series creator Shigeru Miyamoto, stressed how much he would love to create a Zelda game with Link’s Sword being wielded pin-point, 1:1 with the Wii Remote. With Nintendo’s implementation of Wii Motion-Plus, they were able to somewhat do this in Skyward Sword. The game reads movement great. When turning your wrist a certain way, Link will turn the Sword the exact same way you intending to aim it, ensuring you do this correctly. Although, when it comes to striking, this is a whole new territory. Striking attacks felt very pre-set. An example of this being, you would strike an item/enemy from the left-top to the right-bottom, the game would read it, and would have a very automatically attack the item for you instead of a much more manual experience.

Of course, being in the sky, one’s means of travel are very limited. “Loftwings” are a Bird-like species, that help the citizens of Skyloft travel, and are used during the annual Skyloft Wing Ceremony. Each person of Skyloft has their own, but Link’s is believed to be a rare breed, so his can be distinguished from the other Loftwings of Skyloft. At first, the controlling of Loftwing seems a little hard, but very reminiscent of the aeroplane level in Wii Sports Resort. Simply by tilting your Wii Remote to the left, Loftwing will steer left, and to the right, you steer right. Pressing A will speed up your bird, while holding down B will slow him down. And by flicking your Wii Remote, Loftwing will flap his wings. This controlling may get a little annoying, or even boring at times. It definitely isn’t Epona, but it will do.

The game’s vibrant, and colourful scheme sets the mood that this is going to be a Zelda experience that everyone will enjoy. Although, it does hurt this franchise a little. I get that not every Zelda game can be as dark, and as moody as Twilight Princess, but once setting a certain standard of the game’s franchise, you would think that Nintendo would try and capitalise on what people liked, and what they didn’t like about it. Nintendo tried to hold off it’s nay-sayers, who stated that the Wii was for kids, but the colourful design for this title, did not help it’s reputation of making Zelda an action adventure game.

The music of Skyward Sword is fantastic, and really does the opposite of what the looks of this game do, sets the mood that you’re really on the biggest adventure of your life. The epic orchestrated masterpieces of this game will send shivers down your spine as you head into different combats throughout the game, and will leave you with your ears wanting more out of this fantastic soundtrack. Although not much could be said about the recycled and rehashed sound effects used in this game. I found it disappointing that they easily lifted not all, but most of the sound effects from Twilight Princess and reused them in this title. It’s pure laziness. The new sound effects that they did include in the game, were to match some of the new characters, mini bosses, or new “dialogue” (if you can call it that). But most of Link’s voice, sword strikes, and notable enemies that you will remember from the prequel, will be exactly the same.

Another plus I will give the game, will be it’s new use of the Dash option. Instead of having to roll everywhere, you may Dash by holding the A button. A gripe I have with the series, is the “auto-jump”. I mean, by today’s standards, we should be able to have Link jump in a Zelda game at our own free will. We as the player should be responsible for taking action and of our character. It’s plain outdated and Nintendo need to stop doing that crap.

Boss battles are easily the best part of this game. I have to behonest, I’m completely creeped out by Ghirahim. But, I do find that to be the perfect recipe, for a Zelda Boss. The guy is obviously confused by his sexual preference, let’s just not hide this. Nintendo really did try to break a boundary here, but it wouldn’t be the first time they have done this — Birdo ring a bell? But, the Ghirahim boss battles were classic Zelda. He felt like he was the tough, and evil sorcerer. It honestly felt like you didn’t stand a chance. I though it was awesome that Nintendo played with our minds and emotions like this, and totally will freak you out when you play, I guarantee it. I won’t spoil anything else on that front for you.

GAMEPLAY: 6/10
The main reason for the release of Skyward Sword was to maintain a market for the Wii Motion-Plus, which I felt did an “okay” job. There is still no pin-point precise striking in this, it may look like it when you turn your wrist with the Wii Remote and link turns the sword. But when striking, it just hits with the closest angle pre-set. There are still quite a few glitches that Nintendo did not fix in this game, which is quite a shame.

GRAPHICS: 5/10
They may have tried to do something different, but the whole mix of Twilight Princess and Wind Waker, it’s no excuse on how terrible it comes off, on a TV Screen. It’s 2011, not 2001. We are now way beyond this. The point of an action-adventure title nowadays, is to combine story, gameplay, and graphics into one. And to make sure that they resonate what a game should be in 2011, great. The whole smooth/smudge over object look, has no place here anymore, Nintendo. Unless you’re Minecraft. It’s the perfect example of Wii’s limitations right here.

SOUND: 7/10
The musical soundtrack to this game is excellent, no complaints here. I think Skyward sword could even beat out the soundtrack of Ocarina of Time. But sound effects, we are in an era where gibberish over dialogue does not need to exist. I would love to hear some voice acting now in our Zelda games. The whole language excuse is now beyond a joke. They could have also recorded some new ADR for Link in this game instead of recycling alot of his grunts from Twilight Princess.

PRESENTATION: 6/10
Quite impressive that they have been able to implement movement of the on-screen cursor without the use of the Wii sensor bar, although it’s something that the Playstation Move was able to implement into their device earlier on. Nintendo should have had that on the get-go.

OVERALL SCORE: 6/10
I’m disappointed. From Twilight Princess being one of the most epic Zelda experiences on the Wii, Nintendo manage to drop the ball on what could have been truly their best Zelda title since Ocarina of Time. I’m sure it doesn’t matter what this review says to many, but I’m sure many will also agree that the game was a total let-down. Skyward Sword is definitely the dark horse of the Zelda family.  We now live in a world where technology is a big thing, and taking advantage of how a game plays, looks, and feels. It’s an artform that we all look at for perfection, not substandard. Skyward Sword felt like Nintendo had been sitting on it, keeping it warm for a while. Then took it out of the vault, and decided to finish it off at the last second. If Nintendo’s own Shigeru Miyamoto, did not like Skyward Sword at first, then you know something is not right. I’m absolutely not saying “DON’T BUY THIS GAME”, experience it for yourself. You might like it. It might be your own 10/10.

The Legend of Zelda: Skyward Sword is an action-adventure game developed and published by Nintendo for the Wii. The sixteenth mainline entry in The Legend of Zelda series, it was released worldwide in November 2011. 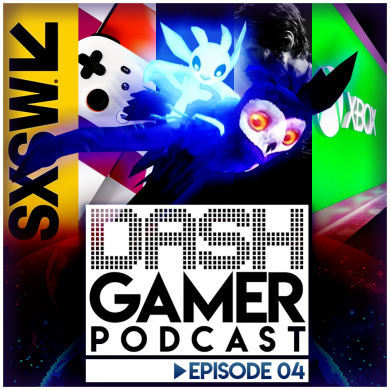 DASH Gamer Podcast #4 – ORI AND THE WILL OF THE WISPS REVIEW, SXSW, E3 VS. CORONAVIRUS, PS5, THE LAST OF US