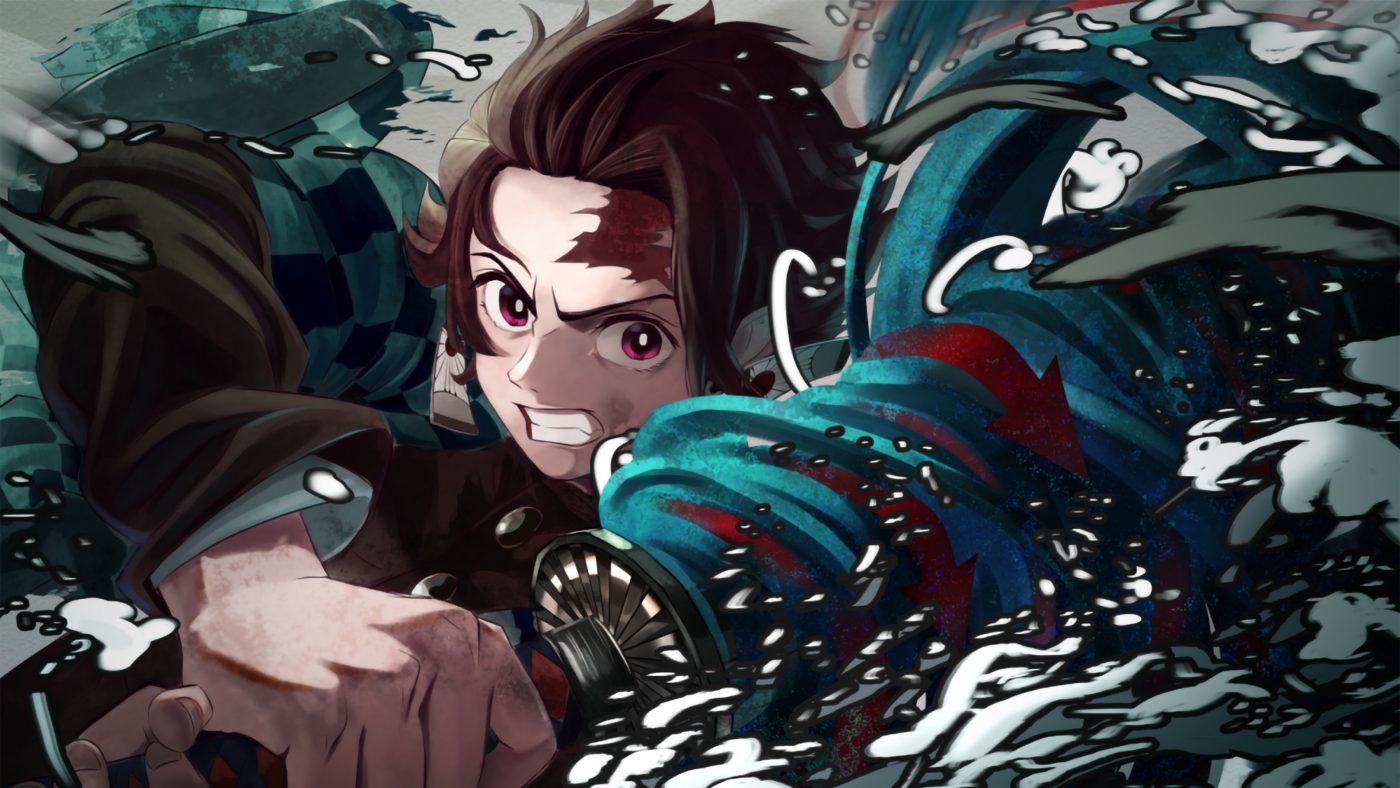 Wow. This was totally unexpected. I had no idea that I was about to fall in love with this series so fast. Seeing Demon Slayer trend across multiple social media feeds for months now, I knew I had to sit down at point to view at least the first few episodes, but I have never been one for Dark Fantasy/Action-adventures. I’m more for the comedy, harem, and Superhero-style Anime, with some humor involved. But, what just happened here was incredible. The power of Demon Slayer’s inaugural episode sank it’s teeth in me, and had my undivided attention. The vibrancy of it’s palette, fluid animation, and character design had me at awe from the onset. The story itself had me emotional, even murmuring aloud “oh no, am I going to tear up?”. The plot itself begins on an incredibly sad note, but the story picks up from the beginning of it’s second episode with an energetic display of intense action that demonstrates it’s animated beauty.

Koyo Gotōge’s Demon Slayer (Kimestu no Yaiba) was first serialised in issue #11 of Weekly Shonen Jump, from February 15, 2016 then began independent publication with Jump Comics, then translated with Viz Media for it’s first three volumes as part of Shonen’s “Jump Start” program. The manga series has sold over six million copies worldwide as of October 2019, and charted at #19 of overall manga in the 2018 edition of Takarajimasha’s Kono Manga ga Sugoi! (This Manga is Amazing) guidebook. The printed publication certainly left an impression on it’s readers, with Japanese Studio Ufotable (Fate/Stay, God Eater) and Aniplex licensing all rights to produce the animated television adaption. The anime premiered on April 6, 2019 on Tokyo MX with Haruo Sotozaki (Fullmetal Alchemist: Brotherhood, Romeo x Julet) appointed as Series Director.

The show was licensed by Madman Entertainment in Australia, and premiered in select cinemas on April 2, 2019. The first season is now available to view on-demand, for AnimeLab members, and Part One is now available for Pre-Order on Madman.

Tanjiro Kamado, our young teenage protagonist of this series lives and provides for his family, which consists of his single mother Kie Kamado, and five younger siblings Nezuko, Takeo, Hanako, Shigeru, and Rokuta. The family are secluded from any nearby inhabitants residing in the snowy mountains. The first episode see’s Tanjiro make his way into town where he trades coal, and works numerous tasks. While away, an elderly man by the name of Saboru, allows Tanjiro to spend the night after warning him of the man-eating demons that roam through the forest, after dark. After spending the night in-town, Tanjiro heads home only to find his entire family bloodied and murdered. He scoweres through the remnants of the house to find his younger sister Nezuko still warm, indicating that she may still be alive.

Hoisting her above his shoulders, Tanjiro runs through the snowy forest heading back towards town, to get his sibling to a doctor, in hopes of saving her. Nezuko awakes while on Tanjiro’s back, and in an almost possessed type rage, attempts to attacks him with her newly developed fangs and lust for human blood. The two then fall off mountainside, with the snow breaking Tanjiro’s fall, and in what seems to be a perfect landing for Nezuko. She then tries her best to kill her older brother, growing double in size with Tanjiro trying his best to fend her off, to no avail. When hope is almost lost, a mysterious figure bolts his way towards the two fighting on the floor. With blade in hand, they attempt to decapitate Nezuko with Tanjiro saving his sister from death. We’re now introduced to Giyu Tomioka, a demon hunter who eventually captures Nezuko, and tells Tanjiro that there is nothing he can do to save his sister, as she must be killed before anymore demons can multiply.

Tanjiro pleads with Tomoika to spare his little sister, as he still believes that she is not a demon. Tomoika explains to Tanjiro that his family was attacked by a man-eating demon, and had contaminated his little sister’s blood stream, therefore turning her into a demon. After battling to save Nezuko from the hunter, Tomoika spares her and advises Tanjiro to head towards Mt. Sagiri and find a man named Sakonji Urokodaki and to keep his little sister away from any sunlight, right before completely vanishing. Tanjiro and Nezuko head back home to bury their family and say their final goodbye’s. With Nezuko gagged to protect Tanjiro and subdue her demonic tendencies, the run off towards the mountain, in hopes to search for a cure.

Yes, I am addicted to this series already. Such and enthralling story that has already toyed with my emotions in it’s initial showing. It’s a sad tale of loss and redemption that’s hard to fathom at first, but finds it’s footing after the onset. You really do connect with each character almost immediately, feeling such empathy after experiencing a traumatic loss in their father, and husband. There is a sense of pride for our teenage protagonist, at the young age of 13 working tooth-and-nail to provide for his mother and family. You literally sense the mental anguish and guilt masked with a false sense of happiness from Tanjiro’s mother, after having to send her son into town just so that the family may survive and at least be fed.

These emotions of sympathy and empathy towards this homely environment, only made it harder to accept further loss with Tanjiro’s family almost entirely wiped out and massacred. The horror aspect of the series falls entirely on these blood thirsty, alchemistic creatures that scavenge through homes and feast on human bodies. If you are a fan of the vampire/monster fairy-tale genre, you will absolutely fall in love with Demon Slayer. The first episode of the series truly shows promise to this awesome action-adventure fairy-tale that had me completely absorbed by it’s spectacular animation and stunning visuals. Each character’s introductory arc is incredibly detailed, making sure the viewer understands it’s vital connection between the humans and enemy demons that could potentially devour, or infect them.

My emotions got the best of me from watching the first episode, after the initial shock of Tanjiro experiencing the horror of seeing his entire family laying lifeless in pools of blood, right to this surge of hope in saving his younger sister. Then this odd juxtaposition of turmoil and despair while being attacked by his loved one, then to reclamation and belief that there is surely a cure to help Nezuko. What an emotional roller-coaster, and it’s only the beginning. Demon Slayer displays a unique spin on a genre that I was not invested in, but turns it on it’s head and a makes a truly gripping ordeal, into an incredible tale. 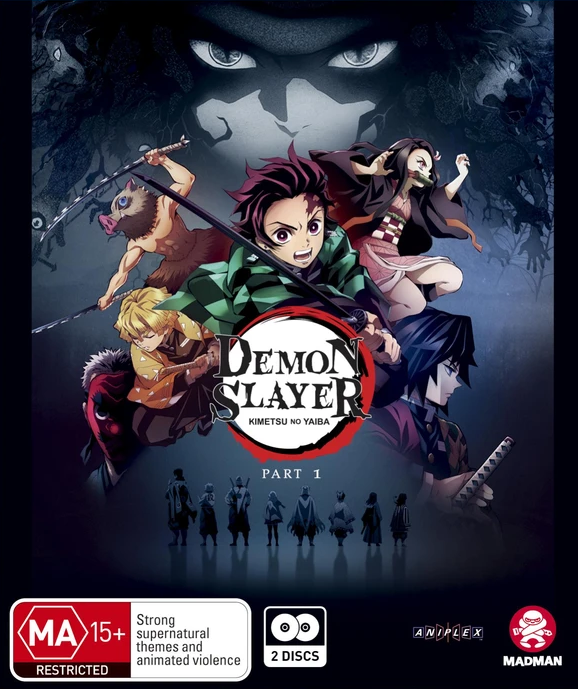 Demon Slayer: Kimetsu no Yaiba (Japanese: 鬼滅の刃, Hepburn: Kimetsu no Yaiba, lit. “Blade of Demon Destruction”) is a Japanese manga series written and illustrated by Koyoharu Gotōge. It follows Tanjiro Kamado, a young boy who becomes a demon slayer after his family is slaughtered and his younger sister Nezuko is turned into a demon. The manga was serialized in Weekly Shōnen Jump from February 2016 to May 2020, and its chapters collected in 21 tankōbon volumes as of July 2020. It is published in English by Viz Media and simulpublished by Shueisha in English and Spanish on their Manga Plus platform.

An anime television series adaptation by Ufotable aired in Japan from April to September 2019. Following the airing of the final episode, a sequel film was announced and is scheduled to premiere in October 2020. 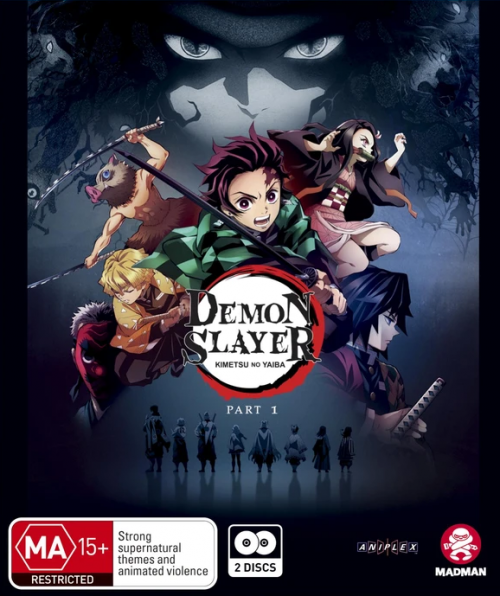 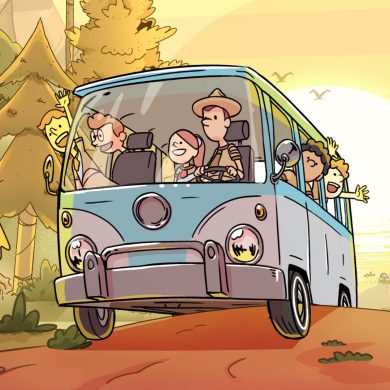