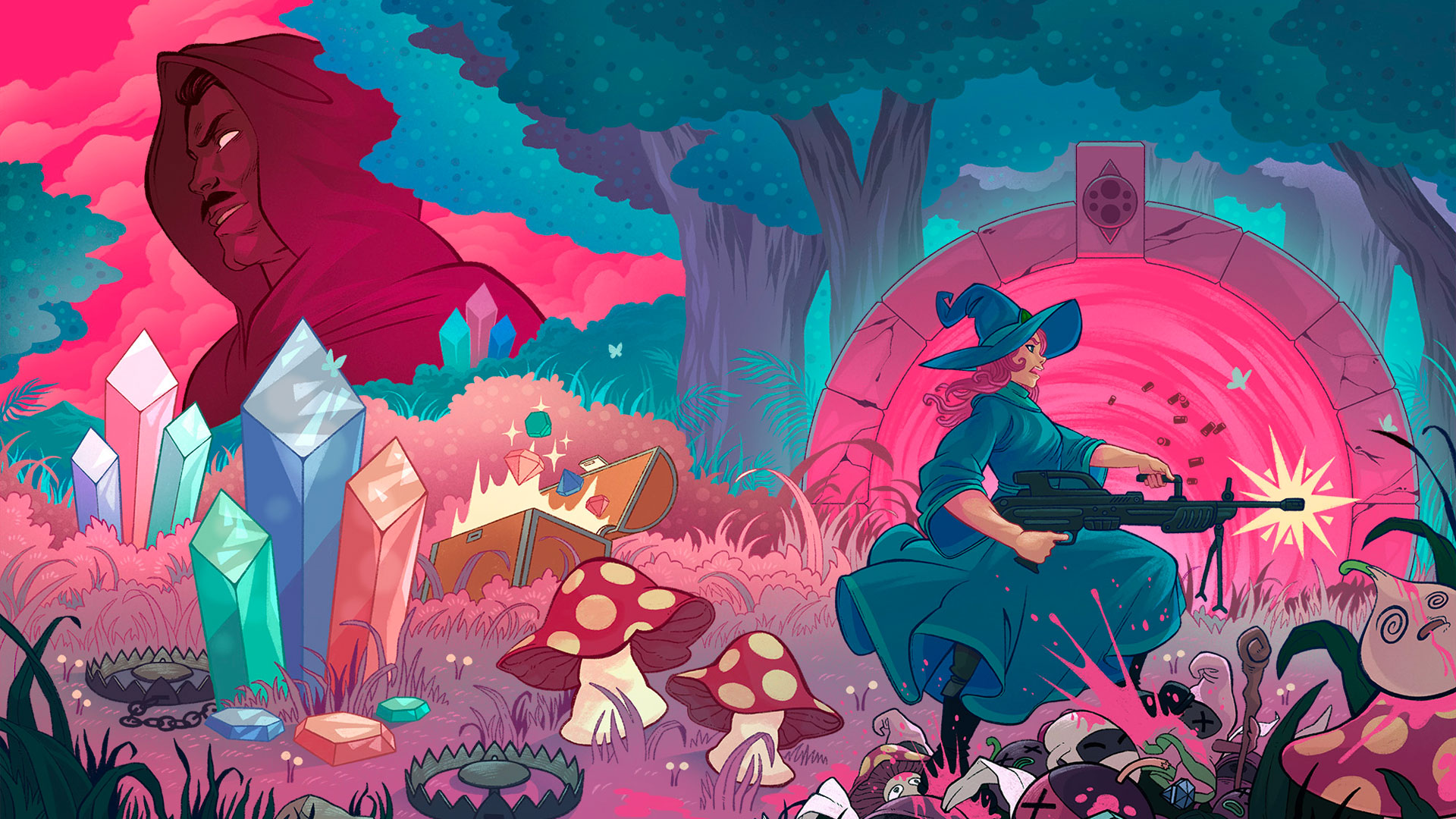 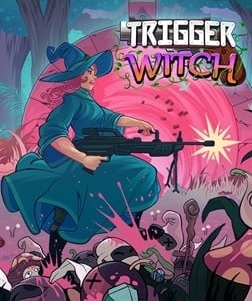 Regardless of how keen my hand-eye co-ordination is, I’ve never been the most dextrous in handling two things simultaneously. But Trigger With generates an itch that I had difficulty putting down. An addicitive twin-stick shooter from the makers of Reverie, Rainbite, a small independent studio from our commonwealth comrade New Zealand, has done it again with this insane ode to an magnanimous era in gaming. Bearing a striking resemblance to that of The Legend of Zelda: A Link to the Past, a Dragon Quest or Harvest Moon from the 16-bit generation, Trigger Witch twists the aforementioned innocence of each title, and comically implements a gory side to the action-adventure.

An unconventional tale with unexpected plot twists that borrow extraordinary facets from classic sprite-works that are considered timeless in experience. Trigger Witch aims to seat itself alongside indie greats with similar delivery and aesthetic, entrenched within bountiful offerings of similar consistency. While its campaign may entail a short epic in nine hours, it demonstrates a complex offering and diverse range from character quirks, to gameplay loop that leaps from overworld trawl to dungeon crawl. I was left gobsmacked by the blood shed from its opening moments – a contrast from its cute archetype that takes you by complete surprise. While it does harbour a monotonous cavalcade of enemies, it does its best in dispensing a deluge of tumultuous trials.

The all too familiar scenes of a young hopeful being awoken by their parent – ala Pokemon – preparing for their upcoming escapade across the many districts that make up this fantasy world. Our protagonist is a teen witch named Colette, who has been preparing for to run the Stock Gauntlet of Ozryn Village; A “proving”, that the young enchantress must pass. Just like any hero, they need a great villain to oppose them and while all this unfolds sometime into the story, we’re suddenly met with the title’s antagonist who exits a portal while the teen is laid unconscious from being struck by her brand new handgun. While this sets the premise, we’re taken to the proving where more-or-less it sends us through a tutorial in how to control Colette and the various kits of artillery we collect upon our adventure.

You will find yourself using the Hand Cannon the most, as it comes with infinite ammunition and acts as a base weapon. Completing different objectives and scouring the land’s enclaves you will unlock more semi-auto or machine guns to utilise. Mechanically speaking, the movement of each area is a mixture of old school meets modernised town-down RPG, as the screen moves in slates but also allows a free-form camera that locks on until surpassing said areas events. There is “cheese” – a way to manipulate the game in your favour – that can aid you here, but does induce a monotonous recycle of enemies and their spawn points. While I did take advantage of this in the beginning, I found my way around the enemies and their offensive techniques without breaking a sweat. Upon getting a grasp of my cannon and the multiple baddies planted on the map, I began making waves throughout the campaign.

Trigger Witch is an enigmatic twin-stick shooter that deserves your undivided attention. It's may be bear a bloody front, but its charming tale will draw you into its addictive gameplay loop.

A suggestion to heighten the difficulty would be advised here as I did find myself racing through the competition at the story’s halfway mark. Playing at Normal, I was a little befuddled at some complacency that set in. Luckily, this can be amended through the in-game menu. I did disable the gore option, just to take a peak at what the game looked like without the blood splatter, or chunks of baddies painting the green canvas red, but it was like when SEGA removed blood from Mortal Kombat for “sweat”, just dull. Aim assist is there for those that may lack the dextrous fortitude, and as much I was enticed to enable that bad boy, I remained firm. Acclimating myself with the title’s control scheme took some time, but I was able to switch out guns with ease while focusing on the clean UI that is displayed clearly on screen. A remarkable job by sprite designers, I praise them for making the title’s dialogue nice and big without clutter.

❌Lacking in some areas; enemies being the most common theme.

A distinguished palette that pops with an artstyle thats rendered timeless, Trigger Witch is a love letter to those that adore their old school, top-down journeys. While a premiere AAA game will allure you with its broad scope, boasting a land encased with multiple districts that expand your journey beyond possibility, Trigger Witch keeps things simple with a mass villa that can be traversed in a matter of minutes. While you can make tracks right across Ozryn in a few frames, it doesn’t describe the content compartmentalised throughout the journey. There is so much to see and do, not to mention free-form activities, or even just taking the time to soak in the aesthetic. The soundtrack to the title is brilliant, and matches the expeditious intent Trigger Witch strives to exert.

Trigger Witch’s tremendous writing does a sensational job in demonstrating character and charm suitable to its retrocade inspired gameplay loop. Quick, witty, and thoughtful, it garners an addictive attraction with each sequence. I give praise to the title’s creative writer Jono Pech (Puttin’ in Work, Comedy Rewind Podcast), carefully carving out fundamentals that hit beats with great intent. I knew I would love Colette from the moment her comical side shone bright in her unmannered personality.

While lacking in enemy variety, design is likened to that of many titles of similar vein. Slimes from Dragon Quest, Bob-ombs from Super Mario, even mini-bosses of the similar nature to The Binding of Isaac. It’s a mixture of greatness that whole heartedly drives home a dynamic that’s rarely seen in modern titles. Of course, the violent nature of this game is something that’s unequivocally unusual for this type of presentation, but its offset is quickly recognised as an imperative for the world these witches live in. Sure, magic may have been the go-to in a creative standpoint, but it’s out-of-this realm quirk of bringing firearms into a fantasy is such a abnormality to its fairy tale like theatre, that the nuance there is mismatched with ingenuity. A distorted perspective of the normal turns abstract, and I love it – akin that to The Wolf Among Us; taking something as beloved as Snow White, or Red Riding Hood and completely turning on its head.

Trigger Witch is an enigmatic twin-stick shooter that deserves your undivided attention. It’s may be bear a bloody front, but its charming tale will draw you into its addictive gameplay loop. A short campaign that leaves you in awe with a multitude of mechanics that are drawn from simple weaponry and upgrades that make this top-down RPG inspired title a masterful feat. While my experience was great on the PlayStation 4, I would advise picking this one up on the Nintendo Switch. It makes for a great game on the go, and with pixel density tearing down sprite ratio, it would look absolutely stunning on your new Switch OLED. Trigger Witch comes in at a recommended, but it teeters on essential gaming for 2020. 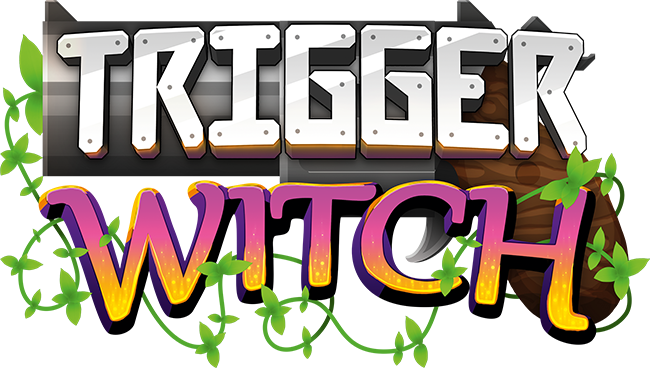 Supplied by the publisher, for our review.
Xbox Playstation
0
At its core, Trigger Witch is a top-down twin-stick shooter, fighting your way through hordes of creatures as you try to solve the mystery of the ‘Man in Black’ who suddenly appeared through the Ordnance Rift. 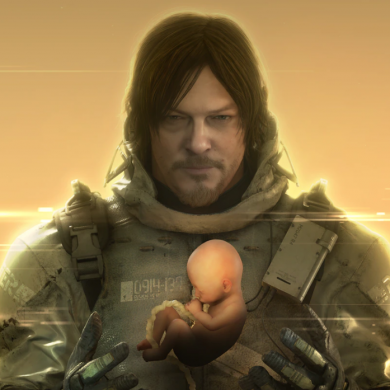