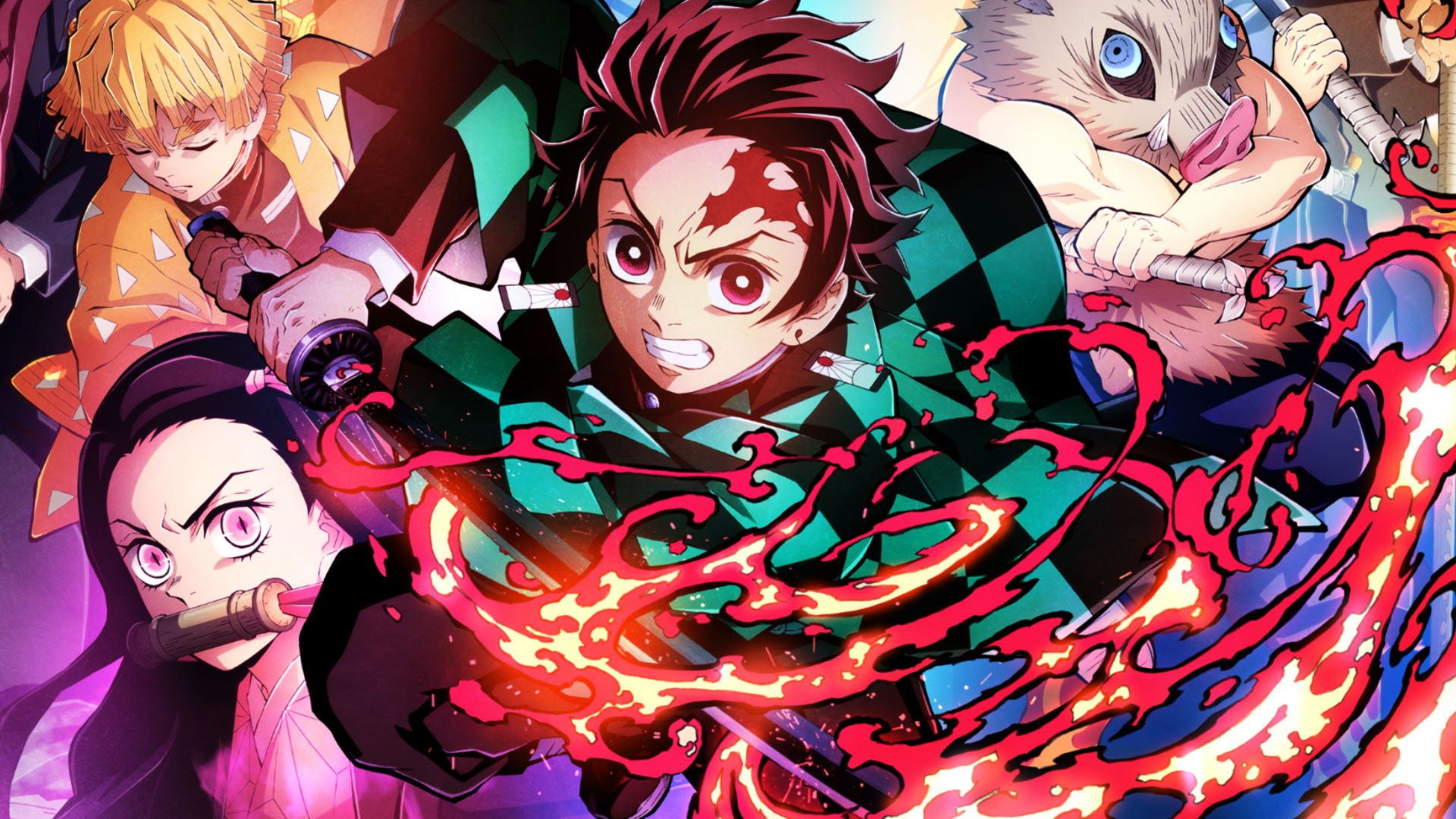 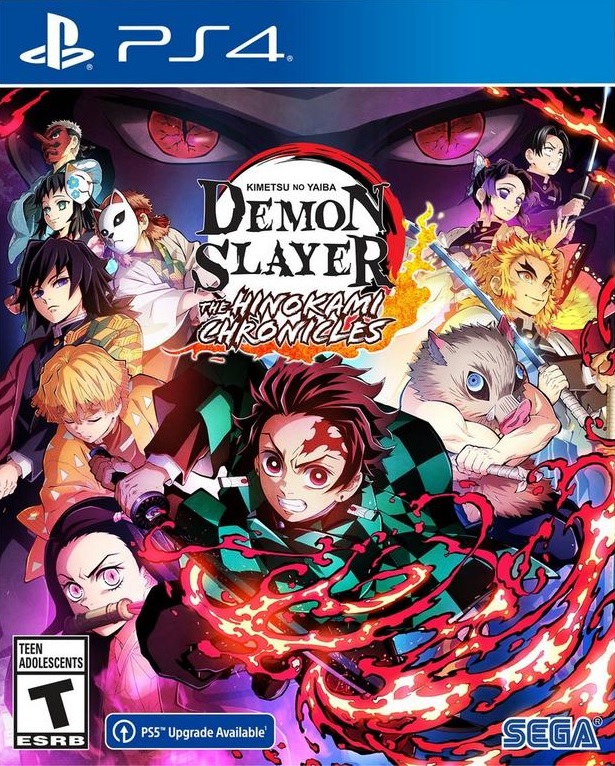 The Naruto Shippuden: Ultimate Ninja series has always been one that kept me somewhat continuously connected to Anime while I had completely fallen off the medium by High School. Through multiple generations, I had kept a keen eye on its different evolutions, and sequels that kept me vaguely interested in the franchise. Admittedly, I fell off the bandwagon after the release of the first Ninja Storm title on PlayStation 3. It was a different era, and the age of Anime-to-Gaming adaptation had succumbed to annualised releases that more-or-less skipped quality assurance to get titles rushed to shelves. However, the tide seems to have turned in the past decade with many entries seeing an uprising in both development decisions and technical QA that has removed only a fragment of this stigma the obscure category has been tainted with.

It’s easy to liken it to the Ninja Storm saga, due to Fukuoka based developer CyberConnect2, being tied to the Naruto gaming franchise since its inception on the PlayStation 2. The similarities in both presentation and gameplay loop are evident, with partial campaign and traversal elements almost mirrored. I mean, it’s a winning formula that has been highly successful for the studio, so why not try to translate it with some adjustments that fit Demon Slayer’s universe, right? Well, it’s a strange one. Minimalistic action-adventure style escapades that entail a corridor like environment that pegs characters from Point-A to Point-B with linear mission objectives tend to set in a tedious approach over time, and while the source material may demonstrate a fluid presentation, The Hinokami Chronicles suffers from a quiet in-between concatenation.

This has much to do with the gameplay loop’s crossover with Ninja Storm having an original plot that allows certain liberties to be made, while Demon Slayer’s exposition stifles what is considered canon at this point. It’s difficult to stay completely immersed between battle, interacting with NPC’s that deliver repetitious dialogue while chasing down the next Demon to disintegrate. The purpose of The Hinokami Chronicles Adventure Mode is to catch players up to speed with events that have occurred in the Anime series, while including tidbits that were purposely cut from the Mangaka. As great as that may seem to its devout fanbase, it does nothing to further events that have already transpired, rather delivering an alternate perspective on Demon Slayer’s pre-existing story from the eyes of Tanjiro, its main protagonist.

I've forgotten what I started fighting for...

Let’s get into the meat of The Hinokami Chronicles, that of course being the game’s intense arena-style battle system. The pseudo-fighter hack-and-slash mechanics are simply designed in appealing towards a broader audience that can pick this game up, mash together a quick combination chain and continue their escapade. There is a thought process behind it that can deliver some incredibly stunning sequences, but in lack of being cautious you can effortlessly defeat cronies with some simple chain commands that are taught to you from the very beginning. Mashing Square will slice and dice your opponents in quick fashion, while executing a Boost by holding down L2 will give off a charge that leads to a special attack.

Holding R1 will allow Tanjiro to block any oncoming offense from his enemies, while simultaneously pressing R1 and Square will grapple them, allowing you to either headbutt them into oblivion or execute other manoeuvres. Given the perfect opportunity to attack an enemy at standstill, simply tapping circle will have our hero dash towards them to execute a running attack. You can parry an enemy by pressing R1 and flicking the left analogue stick but this calls for pinpoint precision and you may not land it every time. Triangle dishes out your character’s most powerful techniques and in Tanjiro’s case comes his trademark Water Breathing. The tornado-like whirlwind will wash away those demonic foes, while holding forward will modify this technique and deliver the all-too familiar Water Wheel.

Consecutive hits string together combos that build towards the battle’s final blow which is signalled with your character’s respective one-button finale. Learning the basics from the campaign, you can translate this to each character you may like to main in Versus Mode. From the beginning, only a small roster is available, but can be expanded to twelve main fighters as your collect Kimetsu Points in Adventure Mode. These are found scattered across each area, represented by a yellow glow and are awarded in totals of 50 each time. You can spend them to access new collectables like avatars and attire, but the most imperative being new characters. It’s a simple fetch system that gives the traversal portions merit, but ultimately bottlenecks the overall progression and purposely spaces out cinematics.

its exemplary gameplay loop will have fans elated, along with set pieces that have made the franchise a staple within the medium.

The UI/UX is again much like its Naruto counterpart, with a green bar indicating your health, while the blue bar will show your Chakra or Ki, with hopes of delivering a special blow in each round. Simple offense will have it regenerate over time but will deplete entirely upon execution of a special. Objectives and tutorials are all readily available from the pause menu, and are simple to navigate. A mini-map placed in the top right will guide you to your next objective, but you may also hold down R2 while traversing to gauge Tanjiro’s sense of smell that takes him towards his next encounter. Most campaign sequences are signified by an exclamation (!!) notification that appears on both your map and placed as on-screen markers.

Boss battles will have you playing a game of cat and mouse, patiently awaiting the perfect moment to strike. This consists of Tanjiro skirting around the arena-based map, which are usually large and isolated, then reading your opponents overall attack loop which can be a little tedious as it tends to be the same offense over-and-over again. Upon their exhaustion, you can lay in some deep combos and other attacks that lead into your finisher known as a Final Clash. Depending on which character portrayed, they will strike with a fatality style blow that is their signature attack. For fans of the show, this is an extremely satisfying way to culminate your battle, as it reflects an artistic style in samurai fighting and exposition displayed in similar aesthetic and nuance. A story of horror, yet beauty within with solemn and melancholy adapted. Small touches that are appreciated.

✔️Campaign is loosely based on the first arc of Demon Slayer.

✔️Aesthetically gorgeous; design adaptation is on point and looks great.

❌Input lag is unbearable, and needs to be fixed.

Let’s talk performance. Now, to be extremely transparent here I will note that I played both the PS4 version pre-launch, and the post-launch PS5 release. The input lag is a problem, and will have players stirred by how long it takes to react from button press to action on-screen. Timing this took almost one and a half seconds to initiate the intended action on-screen. I tested this on separate monitors but all delivered the same input execution, which is cause for concern here. I do hope upon Day One, we have a patch that can sort this issue. Other than that, the title ran smoothly, and looked absolutely gorgeous.

I can without question say that CyberConnect2 have managed to capture the aura of Demon Slayer’s incredible aesthetics and translate it to some amazing CGI. Character models look phenomenal and the environment of each arena evokes the exact emotion you feel viewing the Japanese animated adaptation. It surely delivers on some fanservice having players revisit a canonical arc, and an imperative part of Demon Slayer’s lore. It struck up some deep, unexpected emotion that I felt initially viewing the first season of the show. The game adaptation does its best in justifying itself as a stronghold in each act, but falls short while clinging to the pre-existing narrative.

Demon Slayer’s overall presentation is quite the sensational experience to behold, both visually and audibly. The Hinokami Chronicles is no different, demonstrating an excellent orchestral overture adapted from its anime counterpart; a quintessential piece in the puzzle that makes the series a must see. I attribute this to the magnificent works of esteemed anime and video game composer Go Shiina, who’s stellar career spans over two decades and includes some of industry biggest franchises including Tekken, Final Fantasy and the Tales series. A compilation of many backings that are prominent and recognised through the animation are present, transforming this fighter into a cinematic display.

It was also great to hear the localised cast reprise their respective roles for the game, albeit some with only very few lines of dialogue, but the main cast taking on the task of bringing intricate inflection to their characters. Zach Aguilar (Lost Judgment, Scarlet Nexus) in his leading role as Tanjiro Kamado, with Abby Trott (Persona 5 Royal, Back 4 Blood) as little sister Nezuko in tow. Sensitive soul and Nezuko love interest Zenitsu Agatsuma, is bought to life by Aleks Le (Lost Judgment, Final Fantasy VII Remake: Intergrade), alongside the comical yet circuitous Inosuke Hashibira, played by the incomparable Bryce Papenbrook (Sword Art Online, Tales of Arise). We’re also graced with other notable talents that have made their mark throughout the not only the series, the voice over industry as a whole, including; Johnny Yong Bosch, Brook Chalmers, Max Mittelman, Erika Harlacher, and David Lodge.

Demon Slayer: Kimetsu no Yaiba – The Hinokami Chronicles may not be perfection, but still delivers a one-of-a-kind experience for those looking to be interactive and immersed within its lore. Despite some shortcomings, its exemplary gameplay loop will have fans elated, along with set pieces that have made the franchise a staple within the medium. It’s a fighting game first, and an adventure title second; understanding this will have players appreciate it for what it’s worth. Upon completion, I was definitely overcome with some emotion, but had me wanting more from the Hinokami Chronicles. It’s a fantastic casual title, and will have fans praising it for disposing important arcs that are faithful to the source material with only minor deviation. If you are a die-hard of the series, like myself, then highly recommend you pick this up.

Story
9
Gameplay
7
Presentation
7
Sound
8
7.5
Supplied by the publisher, for our review. 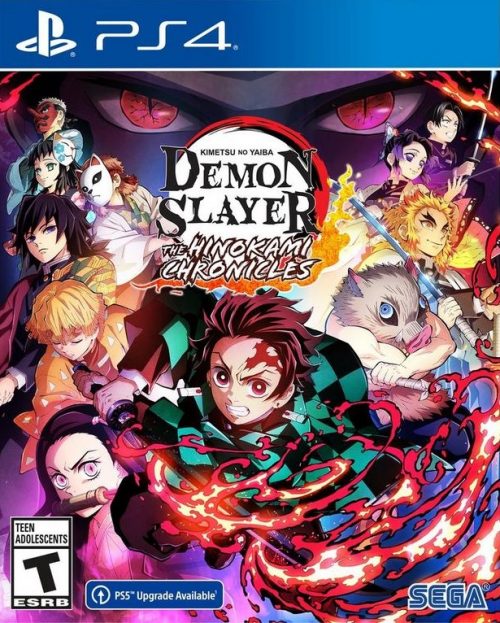 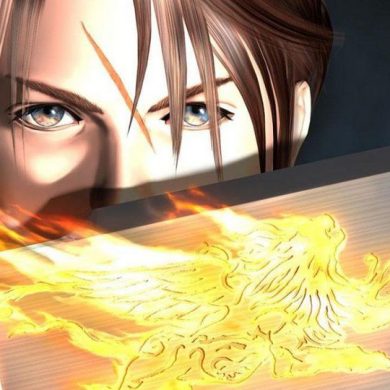