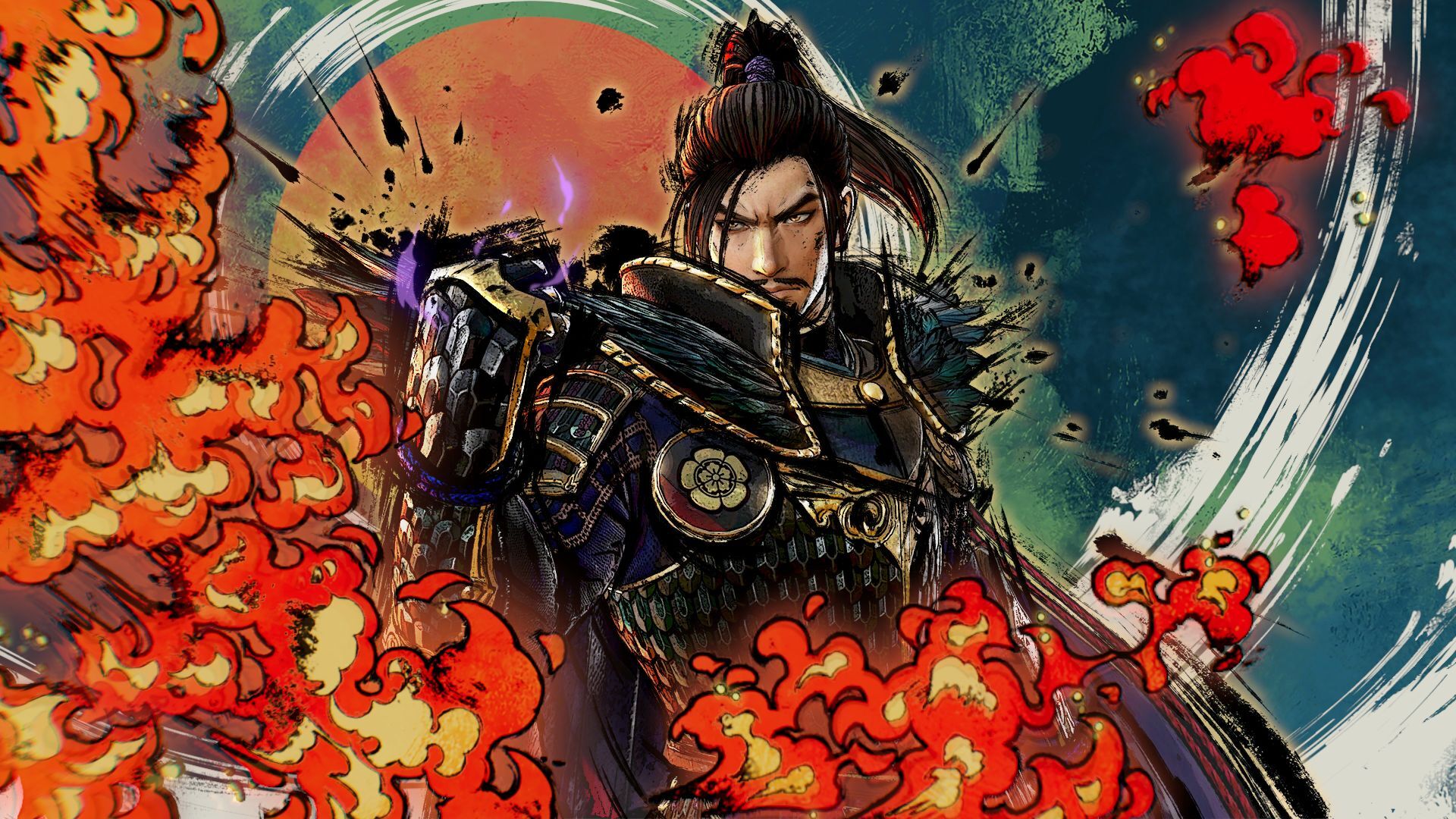 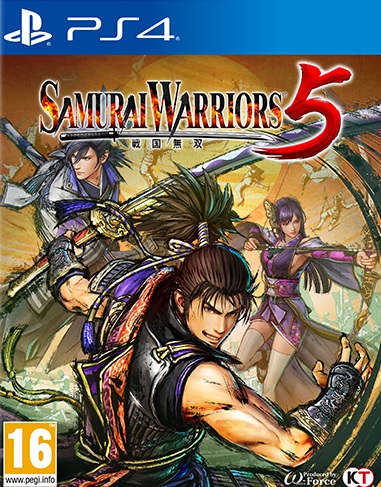 Way of the Samurai...

Looking to re-invigorate the Musuo line, Samurai Warriors 5 revamps its experience with an unprecedented overhaul that may pay off dividends. The Omega Force developed fighter has been sitting in gamers purgatory, gathering a niche market while only striving to retain the same acclaim for each and every iteration that had been put forward. Dynasty Warriors had been steadfast among Koei’s other franchises, but Samurai Warriors had taken a reprieve while the team was busy developing the Persona 5 musuo-inspired sequel, to the vastly popular Japanese role-player. This gave the studio ample time to investigate the market, and re-acclimate themselves with what attached fans to the development studios subsidiary spin-off.

Is it far-fetched that Omega Force would wipe the board clean and fast-track newfound ideas that would supposedly bring an entirely fresh experience towards their already established groundwork? From 2004 to 2021, it had been only a matter of time before the studio were at a stalemate with its own series, and it was definitely needed with the assumed reboot ready to strike. It’s an insanely superior effort that has not gone unnoticed here, and fans of the old Warriors may be a little torn between their beloved, pre-existing delivery thrown to the wayside. It’s a risk that I dearly appreciate the studio taking after near two decades of recycled gameplay and reskinned overlays simply being overshadowed by minor improvements.

While a fresh coat of paint does the soul good, much of Samurai Warriors 5 remains familiar to those that adore it outstanding entries, but it quickly demonstrates a greater exterior from its labour of improvements over its predecessors. Harkening to its roots, the premise dives deep within the Warriors’ lore, during the Sengoku Era. A war-torn, dystopia was clenching at hopes of survival with multiple armies fighting endlessly over sacred grounds, but time and time again, could never settle differences nor come to a conclusion. Loosely based on historic events, “The Demon King” Nobunaga Oda, a highly skilled Samurai would lead his clan into battle. However the campaign itself takes an interesting twist, taking us back to Oda’s humble beginnings as “The Great Fool” training to become Japan’s most renowned Samurai.

A definitive focus on respective character backgrounds is made within Samurai Warriors 5, stripping back on its traditionally bloated roaster in favour for imperative figures of engagement. While the plot expands, and intensity rises over a short period, the beginning of the game stokes a dim flame that cumbersomely overstays its welcome. Sure it cloaks the helpful tutorial that’s imposed, but it would have been a welcoming touch to add skippable sequences for those that are well acquainted with the franchise and its basics. I’m all for an introductory phase, and teaching newcomers with seamless instructions, but it overstates the obvious with tedious breaks in flow that become arduous rather than aiding. Musou titles have always pertained to an expeditious flow that allows the player to cue their party for palatable offense that differs within each character’s arsenal.

The meticulous flow is interrupted, locking players to Oda during the first chapter without the ability to select a preferred warrior, blurring the line of a “musou” with the generic hack-and-slash. Bouncing in and out of missions, you’re allowed to revisit older objectives with your preferred warrior of choice, but does nothing in terms of campaign progression, rather extending or bottlenecking the level with the exact same delivery. As the story expands, the narrative begins to flesh out some incredible beats that will leave you in awe. If there’s anything that Omega Force are known for, is turning action into works of art. Some of the most flamboyant combination chains can be executed with great style, with flashy kits of artillery at your disposal. Long swords, Duel-wielding katana’s, the precise nature of archery and melee weaponry all produce wide variety of outlandish offense in this epic.

A soft reboot as some might call it, will elongate this spin-off for quite sometime. Its cult following will emphatically adore this preceding entry with hopes that it may entice a new audience

Fending off massive horde’s of enemies with simple strikes is all so gratifying, but is made easier with hype attacks that magnetise swarms with your attacks, making it a simple soirée of high-octane competition, all while a story is told in the bottom half of the screen. Dialogue from different characters will tell the story of each situation, while some fluff is added for the sake of continuity. Musuo games are known for keeping UI/UX minimalistic due to its busy nature. The sudden influx of soldiers approaching does come off overwhelming, but is guided by a map in the top right-hand corner. Combo-Streaks are encouraged, with a Mortal Kombat like ticker that appears during battle, and character swap-outs are alerted when appropriate.

✔️Split personality in duelling storylines makes for a lofty campaign.

Tearing off the fabric that made Persona 5 Strikers a success, facets of familiar skill-developing traits are added within the game’s menu, including equipment upgrades, delegating weaponry with higher XP, or checking on respective stats such as Health, Attack, Musou, Defense, Speed and Equestrian. Stat boosts will help alleviate fatigue, meaning shorter cool-down for characters that you may need the most. An MP gauge is built below health for extra assistance, but I would advise to keep slots banked for approaching boss battles, as they can be somewhat monotonous and hard to pass. Activating said ability during the encounter will generate a short sequence, followed by a devastating finisher.

Citadel Mode is an alluring, compartmentalised experience from the linear campaign that acts more in-line with an endurance type offense. It does act more-or-less as sidequest objective in its own mode, which is somewhat odd considering the amount of content that had been scaled back within the story, thinking that these could have been easily added to make for some filler within the campaign. But again, it’s better to cut the fat and leave it for those that are looking to prolong their Warriors experience. I do appreciate its freeform delivery, allowing player to essentially make their own math and engage with horde’s at their own leisure, but it still sits in oddly peculiar option, completely segregated to story. Almost like DLC, without the need of expenditure.

With the change in overall design and aesthetic, a slight diversion to what had been the Warriors’ sincere presentation was in dire need of a makeover. The flashy UI resonates a similar font style of Street Fighter IV, added with brush stroke effects that are fitted alongside its depiction of historic events, during the campaign’s carefully crafted cutscenes. Character models are re-sculptured with new looks that fit the brand’s intended attitude shift while still retaining the zany Japanese quirks that are widespread tropes within Musuo and JRPG’s of similar ilk. I am crushed that we still have not seen the return of the incredible vocal talents of one Johnny Yong Bosch, who portrayed our protagonist excellently in the series third entry. Localisation is barebones here, merely translating text for on-screen dialogue and menu selection while keeping the game a completely subtitled experience.

Regardless, presentation is key and Samurai Warriors 5 does itself justice here. A soft reboot as some might call it, will elongate this spin-off for quite sometime. Its cult following will emphatically adore this preceding entry with hopes that it may entice a new audience. I’ve made reference to the Persona spin-off title during this review – I mean how could I not, right? – with the quasi-sequel potentially drafting a new wave of fans over to the musuo specialists. This could very well see a renaissance period of a series or genre with one of the more polarising reputations in gaming. Some see Musuo as a hack-and-slash for the unexperienced, others understand its qualities but I do know one thing, and that is Samurai Warriors 5 is most certainly an entertaining title, worth the price of admission.

Supplied by the publisher, for our review.
Windows Xbox Playstation
0 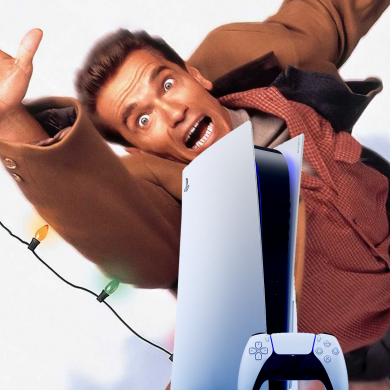