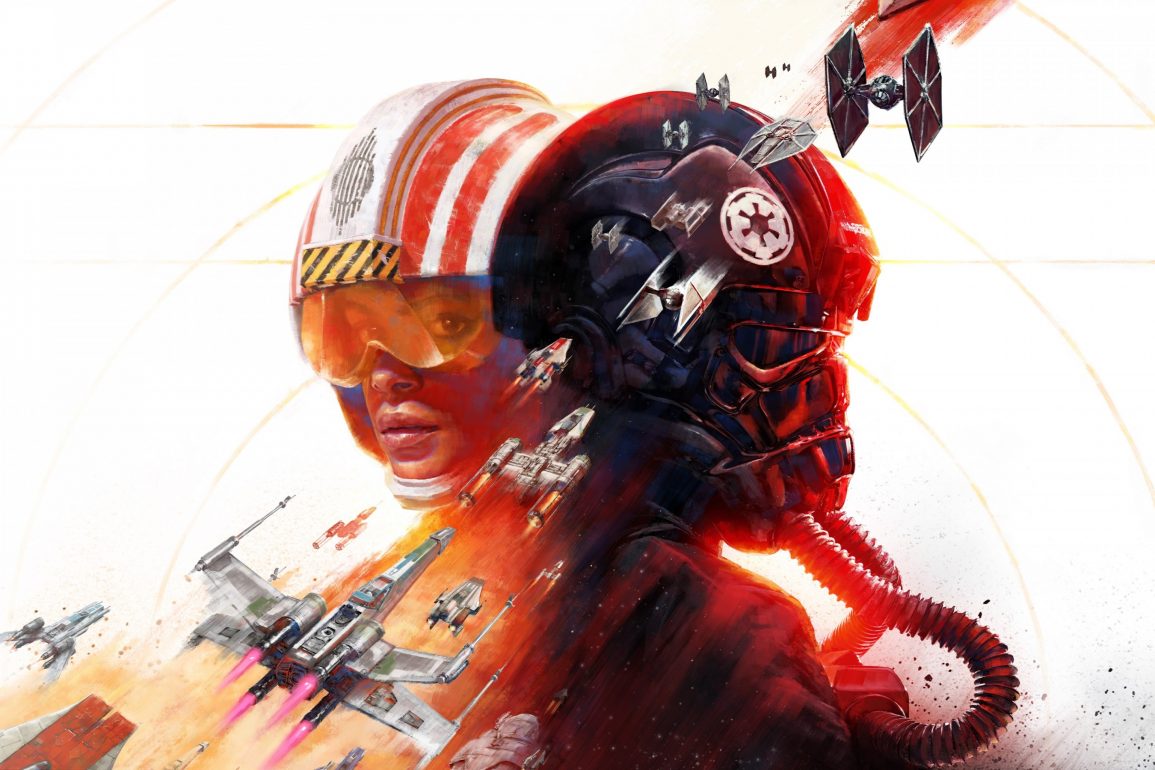 ✔️Captivating visuals mix with an engrossing simulation.
✔️Virtual Reality is a blast, almost authentic.
✔️One of the best Soundtracks this year.

❌Narrative was a little cumbersome, but makes up with some great plotpoints.
❌Very buggy pre-patch; fixed post-patch.

This review reflects our thoughts of Star Wars: Squadrons on PlayStation 4, Post Patch 1.04, that was released Friday October 9, 2020.

So it’s common knowledge that I have not seen a single entry within the esteemed library of Star Wars classics. Yep, I’m a Star Wars Virgin as they would say. So I enter this review without a bias towards the series, rather looking for an experience out of this entry alone. I will make mention that I was a huge fan of Star Wars Episode I: Racer for the Nintendo 64, and had somewhat of a complicated relationship with Jedi: Fallen Order. But as for Star Wars: Squadrons, I can most certainly say that it delivered an abundance of entertainment for hours on end. I was rocked by how mesmerising it’s design was, along with the incredible cinematics that displayed trademark aesthetics that have cemented its legacy as one of the greatest movie franchises in the world, today.

While it may not bear the exact qualities in platforming and overall narrative that Jedi: Fallen Order strived in producing, Squadrons aims to deliver what would be an amalgamation of both an X-Wing Flight Simulator and Shooter. I would describe it almost as a vivid reimagining of Space Invaders or Galaga, if it were placed amongst the brilliance of Star Wars itself. It’s an insanely detailed representation of what every Star Wars devotee would salivate over. Using the PlayStation VR elevates the entire intrepid adventure, blasting away through the galaxy, in the far yonder past Tatooine, while expeditiously making haste towards an opposing convoy of Darth Vader’s Imperials.

Star Wars: Squadrons’ offering of three respective modes – one single player and two multiplayer – gives gamers some variation to prolong the title’s quality of life. Campaign is solely designed for those who are looking to throw on a pair headphones, and potentially accompany the experience with VR for an immersive, systematic demonstration of the title. Canonically taking place after The Rise of Skywalker (2019), following the eradication of Alderaan, Lord Vader instruct his troops to engage in battle and hunt down the remaining refugee’s that may have escaped the planet. Captain of the Imperial Navy, Lindon javes is given the task to lead the Squadron by Admiral Sloane in hopes of annihilating the consort of expatriates.

After locating the convoy, Javes defects to the Rebel Alliance and turns on his co-pilots by disrupting and disengaging their ships to protect the refugee camps. Showing his allegiance to the interstellar republican commission, he offers his bountiful knowledge of the Imperial Fleets in hopes of assurance and expectation. Four years had past preceding events with Javes promoted to Commander of the New Republic, Temperance with the Vanguard Squadron under his influence. Project Starhawk is assigned to his fleet in hopes of disassembling this Frankenstein monstrosity of Star Destroyer scrap-metal. All this while Imperial Captain Kerill seeks retribution on her former apprentice and partner, and his betrayal.

As mentioned before the beginning of this review, I held off on publishing due to its post launch patch that had been applied a week later, due to some issues I personally had with Squadrons’ control scheme. Jumping into the cockpit, I was met with unbalanced X-Wing or TIE Fighter, that delivered the all too familiar “seasick” display while playing in VR. I had to take the headset off immediately, and stick to the first-person traditional presentation of playing on a 4K monitor. With some difficulties in controlling the airship, I soon became accustom to its sensitive control scheme and was off. However, thanks to the 1.04 patch these issues were fixed with each aircraft given a copious variety of balance upgrades, and sleek optimisation for a more engaging experience.

Portraying either a starfighter from both respective parties, you may pilot your ship and take control of its various functions including its shields, initiating its engines and blasting away opponents with its artillery at your disposal. Omitted are the shields from the Imperial starfighters, which result in other additional features that help balance engagement and its defensive ecosystem. I had an incredible time zooming through the galaxy, engaging in combat with the opposing team. With the title’s levelling system, you may earn experience points that unlock upgrades including a plethora of armoury to use. Your ship’s health will come into play, so keep that in mind while deep into your encounters.

Straighten up your TIE…

Aesthetically speaking, the framework and intricacies placed within each model and terrain are immaculate. This is one of the prettiest games I’ve seen this year. I cannot falter Motive Studios, and their impeccable demonstration in approaching a cinematic, true to form vision in re-imagining Lucasfilm’s universe within the video game space. It’s a marvel to behold, and quite the sight to see up-close and personal. I did experience some minor lag issues that added to the motion sickness I felt in its early release, but the patch quickly fixed this and the game has ran at a smooth framerate with no issues. Unfortunately, I have run into a few hard crashes where the game had booted me back to the PlayStation’s main dashboard.

The aircrafts are represented faithfully, so the vast majority of Star Wars most eccentric can identify with their key surroundings. A genuine X-Wing experience. My own father – who loves the franchise – jumped in and was astonished at how “real” the Virtual experience was. Other than experiencing a few minor hiccups post-patch, I had no qualms about my entire experience and enjoyed the X-Wing simulator for its dynamic approach in keeping its faithful, and casual players engrossed in its over-the-top action sequences, its encapsulating details, and overall keeping it canonically connected to the mainline cinematic universe. Whether there are implications in its campaign that carry over remains to be seen, but highly doubtful.

The title’s soundtrack is composed by former LucasArts’ in-house composer Gordy Haab, who has curated an entire catalogue of video game adaptations of the Lucas owned IP. Able to replicate the majesty of John Williams, and capture the semblance of emotion that pours out within each melody, accompanied by its flurry of expeditious action on-screen, with some subtleties of contemporary inflection given in emotional moments. As someone who loves the impact of Williams’ legacy, and his incredible assonance in tune, I’ve listened back to the Squadrons soundtrack a handful, and have appreciated it as one of my favourites in gaming, this year. This just adds to the overall delivery, that accompanies an extraordinary title in itself.

Star Wars: Squadrons is a treat. As someone who is oblivious to its later titles, but is acquainted with its encompassed lore I can certainly recommend it. I was blown away by how immersive, and engrossing it was. My only issue was its narrative. Some pacing was a little off, and fell flat at times but can ensure that anyone who is looking to play the title is here to experience it as an X-Wing Fighter simulation. The action and suspense drives it completely out-of-this world – pun intended – and hopes to demonstrate how stimulating its enthralling, and unique gameplay truly is. Star Wars: Squadrons is highly recommended for any and every Star Wars devotee, and also for the Virtual Reality enthusiast. It’s one hell of a ride.

Star Wars: Squadrons is a space combat game set in the Star Wars universe developed by Motive Studios and published by Electronic Arts. It was released for Microsoft Windows, PlayStation 4 and Xbox One on October 2, 2020.

Story
7
Gameplay
7
Presentation
9
Sound
9
8
A code was supplied by the publisher, for our review. 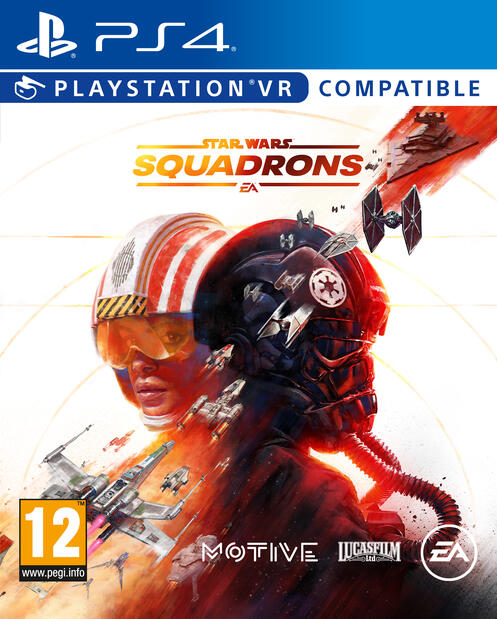 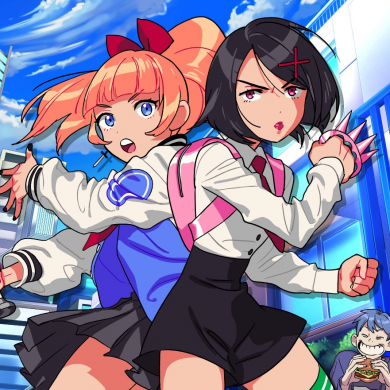