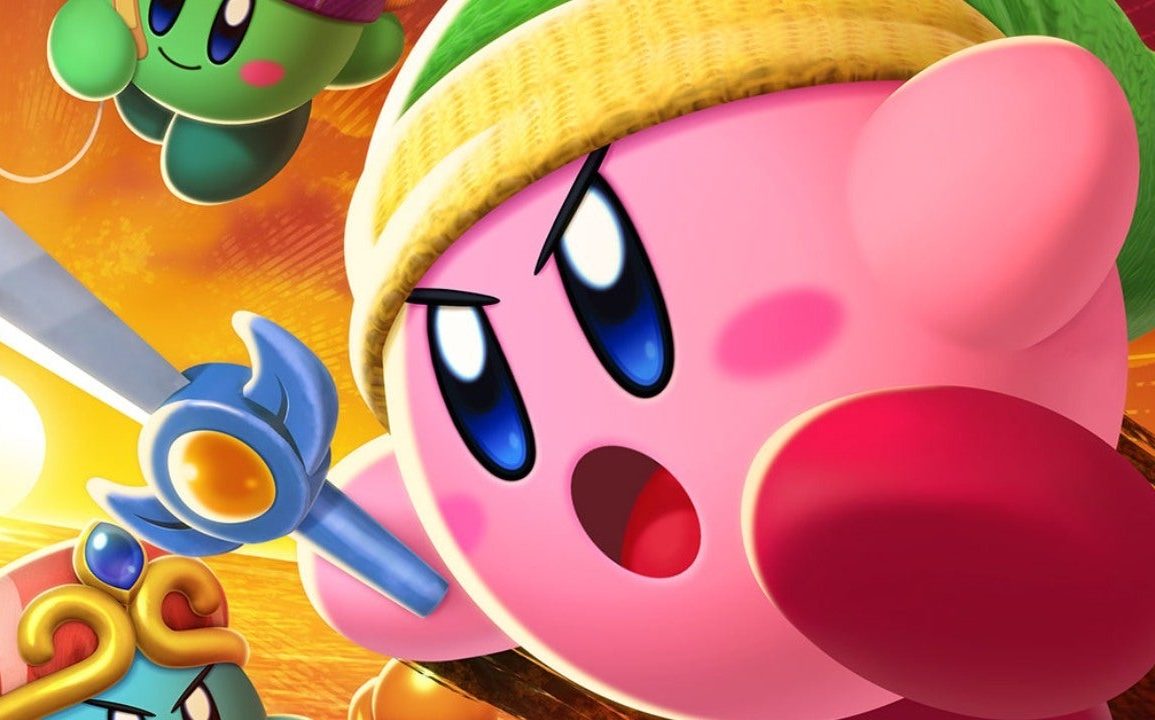 The Kirby franchise has always surprised me. While I never was completely enamoured by the platformer, I had a vested interest in its mascot. The aesthetic of unadulterated, charming and innocence is personified and represented within its core fundamentals. However you cannot count out the Pink prom’s passionate personality, Kirby himself exudes confidence in his heroics to squander the dastardly deeds of the nefarious King Dedede. Throughout his handful of awesome escapades, the rosy-coloured puff ball has always represented a light hearted demonstration in platform gaming, given his fairy tale inspired narratives that are adapted to the transparent, almost straightforward framework designed in its level structure. But there is no qualms about the blushed globule and his impact within the gaming industry, and Kirby’s overall legacy within Nintendo.

I’ve always been somewhat cynical of Kirby’s spin-off titles. While anticipation had always  built-up in excitement for his next adventure, there was always a lack of depth that had been omitted from gameplay, design, and presentation. It became a litany of monotonous side tales that had no purpose, other than to fill a void while fans lay-in-wait for Nintendo’s next Triple A title. However, there are some spin-off entries that strike a cord differently, and create an addictive overture that proceeds to standout above the rest. I can say that after playing Kirby Fighters 2 for countless hours, that I fell in love with its button mashing insanity that resembles Nintendo’s ultimate fighting franchise, Super Smash Bros. with some modifications and slight omissions made to fit the charming continuity of the Kirby universe.

Sprawled in charm, Kirby Fighters 2 bears the uncanny resemblance of Nintendo’s premier crossover battler, but it’s core mechanics have been modified for more progressive battle sequences. Each Kirby is represented throughout this cute onslaught of pure innocence – weird mash-up of words, but it’s honestly the best way to describe it – with their own respective abilities and characteristics, that gives the fighter some definition. While it may not entail the nuances that Smash Bros. proudly demonstrates, it still has heart. There’s no doubt that much of its core fundamentals are borrowed from the basis of the premiere fighter, but it’s key differences lie in how each battle is played out.

With HAL Laboratory, the creators of Kirby and co-developers of Super Smash Bros. having access and concession to utilise assets and ideas, it only made sense to amalgamate Kirby’s adventure with a familiar engine. Is it a Smash Clone? Sure, but it dignifies its integrity with a unique gameplay loop that reverses Smash Bros. classic percentile HP system in favour for a traditional health bar in battle. Each map is given its own aesthetic while keeping the layout simplistic, hearkening to the vanilla three-point platform battlefield, with some design changes to deliver that cute formfactor fans are acquainted in the Kirby universe. Items again, manifest from obscurity onto the map for players to equip, handle and exploit.

With over 17 Kirby’s to choose from, each given a flurry of the original’s skillset from Smash Bros. with their own identifiable repertoire, including appearance and armed with ranged weaponry, you immediately grasp how to control each puffball with their mix of melee and magic. Now while Smash has always had its concrete formula down-pat, Kirby Fighters takes another approach in its control scheme, ultimately having the player re-introduce and reacquaint themselves. It’s not a feeble attempt in simply cloning the entire framework. There is a learning curve that takes a little time for even the established Smash player to adjust. Albeit, the title aims to be a casual experience, so it’s not out of range for the young ones to approach.

Sure, there is some repetitive gameplay set in with some Kirby’s entailing the exact same moveset, but we aren’t talking carbon copies. It would be appropriate to define the respective move-list entailed within each Kirby as a somewhat similar style applied throughout the roster of the fictional specie. ‘Link Kirby’ as I like to call him, wields a master sword furiously slashing his oncoming enemies, while Yo-Yo Kirby swings and slings his toy weapons like a pair of nunchaku, landing a ferocious flurry of blows. Each skill-set will require some adjustment to understand Kirby’s new combo system, all while pertaining to its new control scheme. “C-Stick” controls are non existent, and the grappling has been omitted completely. The are some appendages, and addendum’s that will give the title its own identity such as its campaign mode.

Campaign mode is where my gripes are. I’ve always admired Nintendo’s ability to deliver captivating tales that go above and beyond the cinematic approach we’ve become accustom to in Triple A budget titles. Given that the purpose of this title is for a quick button-mash, I can appreciate the attempt in including a simple narrative to further its straightforward approach. But its storybook presentation leaves everything to the imagination, and nothing desirable nor substantial other than to unlock its lofty roster of each unique cueball. The 4 hour campaign had me rushing through its monotonous demonstration, at times leaving me questioning why I was pursuing this elementary plot.

However, I had succumbed to the title’s hook. I was addicted to its gameplay more than anything. While simply neglecting the story to attain its roster, I was confounded by its elevating difficulty and was astonished at how I was losing so easily in the campaign’s climax. Split into 4 different Chapter’s, the title takes you across Kirby’s Adventureland, revisiting notable landmarks that will leave devotee’s of the franchise in awe of it’s fabulous detail and design. I’d say that this has even greater terrain detail than Smash Bros. It’s unreal how gorgeous its model archetype is developed and presented throughout each unique map. The title’s soundtrack is curated by legendary in-house dedicated composer to the Kirby franchise, Jun Ishikawa.

Rearranging his classics from prior entries throughout the series’ history, Ishikawa delivers his trademark fetching, yet furious contrast that has been a staple cementing its accompanied allure. Coo’s Forest gives off heavy metal vibes, while Dyna Blade’s expeditious tempo articulates it’s hazardous overlay with dark beats that are mixed with its organic tune. Training Room 64 is once again remixed and bought here for the real fan that knows how to bash and smash their way through an original combo set, with an all new base and rapid earful of melodious music. These is just the tip of the iceberg in the incredible compositions bared by Ishikawa’s workings. Truly a treat for the Kirby connoisseur.

Kirby Fighters 2 is a delight. It’s charming, cute, engrossing and appealing for those who love the franchise and are mad for Super Smash Bros. It truly compounds the two series’ greatest features, and respectively injects them into this fashionable flurry of fuzzy fury. Its encapsulating resolve leaves you addicted to its desirable overture, and no doubt will leave you tempted for more. Mesmerised by its simple yet effective gameplay loop, adorned by its aesthetic, and while its narrative was somewhat cumbersome, I was gripped by the campaign’s climax. Kirby Fighters 2 is an awesome casual title, a great talking piece for the Smash community, and one for the entire family to enjoy.

Kirby Fighters 2 is a battle-action Kirby game developed by HAL Laboratory and published by Nintendo for the Nintendo Switch. It was released worldwide on September 23, 2020. A sequel to Kirby Fighters Deluxe. 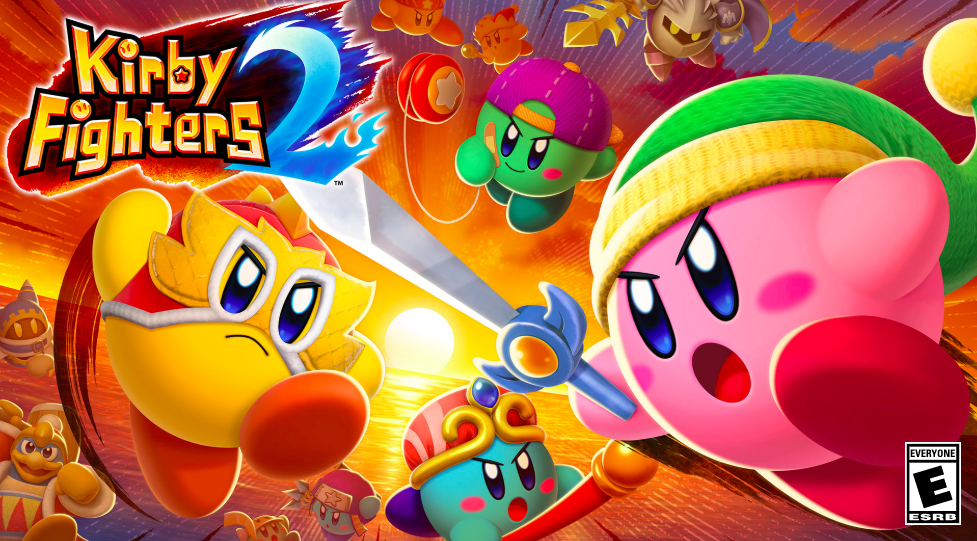 Story
6
Gameplay
7
Presentation
7
Sound
8
7
A code was supplied by the publisher, for our review. 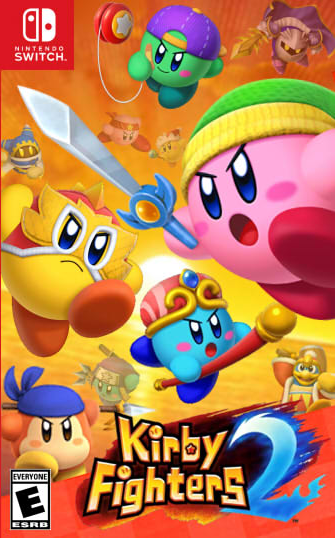 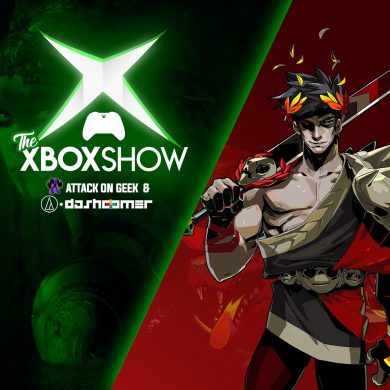