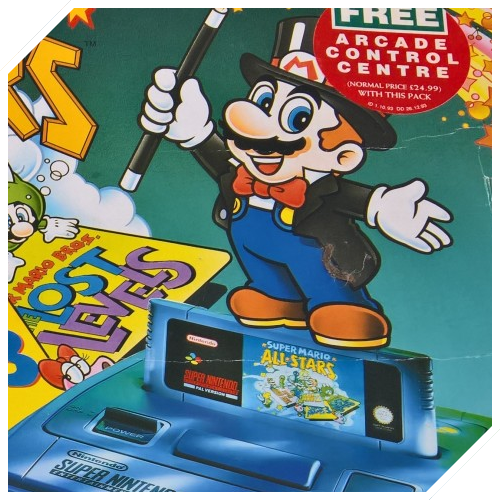 It’s without doubt, the legacy of the 16-bit generation still lingers to this day and many praise its incredible post-mortem that redefines everlasting. The Nintendo Super Famicom poised craftsmanship that saw video gaming catapult to extremities above guarantee that it had been saved from a feared crash, which it saw prior to the release of the Nintendo Family Computer/Nintendo Entertainment System. I stand by my word that the Super Nintendo Entertainment System is the greatest home console experience of any kind, no matter how far we’ve exceeded beyond its capabilities. For those that were fortunate to have experienced the SNES during their formative years would agree that its catalogue remains intangible in terms of quality, to this day.

Sure the video game wars gave us Nintendo Vs. SEGA, with contrarians choosing the alternate route but even then, they knew the Mega Drive/Genesis was no match for the SNES. While a myriad of Sonic The Hedgehog sequels and filtered ports were keeping opposition afloat, Nintendo were in the lab creating magic within its first party range, and yes its controversial stronghold on third parties were licensing exclusives but it was housing the cream of the crop, cementing studios such as RARE, Square Enix, ATLUS, Intelligent Systems and others that are no longer associated with the Japanese Gaming conglomerate. It’s apropos but somewhat ironic that the aforementioned studios are now acquired by direct competition, or owned by SEGA and developing for a multitude of platforms.

But here we are, in the midst of the Super Nintendo’s 30th anniversary between multiple regions and what a better way to kick off our celebration on DashGamer than to list our Top 5, with an additional 10 unranked honourable mentions. Our list isn’t gospel, but it cherry picks the essentials that gamers must at least play once to understand the units inspiration for Triple-A and indie development of today in the eyes of a stone-age gamer. Over the next few months, we’ll be coming out with opinion pieces, classic reviews, interviews and features that honour the acclaimed all-time great, and its gold standard in gaming that has continued to create moments three decades after its inception. 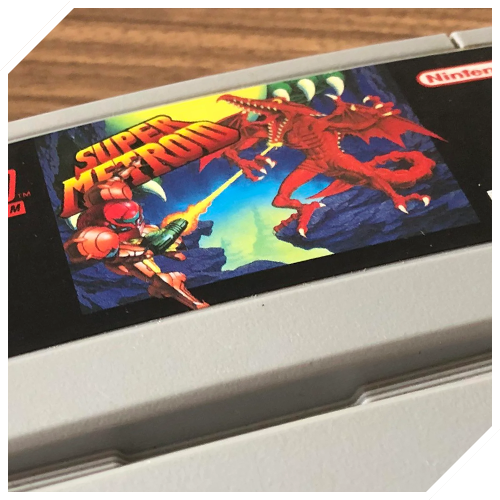 In what is actually the sequel to the Gameboy’s Metroid II: Return of Samus, Super Metroid cultivates what was established in both predecessor’s to its existence within Metroid lore, even going as far as creating a sub-genre of its own kind. Development for Super Metroid was in question after Nintendo R&D1 were unsure if they were able to manufacture cartridges carrying the then touted “biggest video game of all time” at a whopping 3 Megabytes. While it hadn’t the need to encase a Specialised chip on it’s board, it did push Nintendo to manufacture the SA-1 Chip for the SNES, which was applied to almost every future release thereafter. The intent to create “a true action game” had all hands on deck for this project, with Director Yoshio Sakamoto (Balloon Fight, Wrecking Crew) leading a team of 16 developers, including Intelligent System’s Kenji Imai (Fire Emblem, Advance Wars) as head programmer.

Super Metroid see’s the return of Samus Aran, returning to the Ceres colony to study the last Metroid in existence. However, tragedy occurs when she receives an emergency call to return but finds all scientists massacred, and Metroid Larva had been stolen by series antagonist Ridley, the cunning God of Death. A planted self-destruct sequence initiated by the Space Pirate has the Bounty Hunter make a quick getaway off the planet, not before setting voyage towards Zebes, where Ridley had rebuilt his base. The 2D side-scroller was solely responsible in manifesting the “Metroidvania” category which now see’s a litany of indie titles such as Hollow Knight, Ori, Dead Cells and of course, Axiom Verge pay homage to the SNES great. 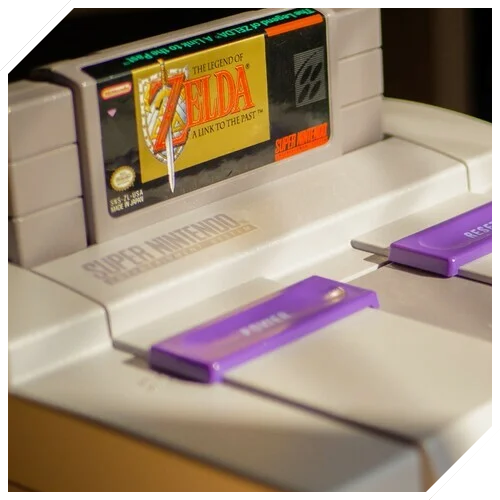 The Legend of Zelda in its infancy had a polarising objection to overcome. It was two-steps forward and one-step back upon the release of The Adventures of Link, where some saw the top-down action-adventure take shape of a failed Super Mario/Simon’s Quest approach that melded light JRPG tropes in its 2D side-scrolling segments. It was an odd mixture of categories that never quite received the appraisal Nintendo had hopes for, so it was back to the drawing board, with both series Creator the legenary Shigeru Miyamoto and returning Director Takashi Tezuka, to once again take the reigns of the franchise and recreate the exact magic the initial title resonated through its penmanship. While Tezuka was credited for creating the plot to Zelda II, Director Tadashi Sugiyama, had other ideas which unfortunately backfired.

The Legend of Zelda: A Link to the Past saw a return to form in many ways; a strictly top-down action-adventure game that promulgated the identity of the series classic era. Inspiring the likes of Bastion, Oceanhorn, Anodyne and Trigger Witch, A Link to the Past raised the bar for not only its category, but its dissimilar step-sister in the JRPG market. Fans forever debate whether the top-down Zelda titles belong within the RPG genre, Nintendo themselves have stated that the title is strictly an action-adventure, however it created an influx of incredible role-playing titles that drew great inspiration from original ideas the title was known for. Many lay claim to it being the greatest Zelda entry of all time, and while it’s arguable to some extent, A Link to the Past’s continued legacy grows not only through independent development, but in gamers around the world that still play it endlessly on social media and streaming services. 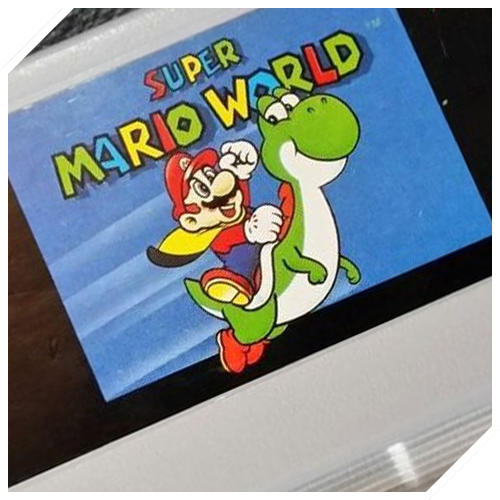 Let’s talk about an ongoing legacy; one that continues to steamroll through fan made projects that had Nintendo themselves reeling. Super Mario World is what I like to call the bastard child of Super Mario Bros. 2 & 3. It was of no coincidence that many features of the title were lifted and improved upon from its immediate predecessor in SMB3, after the title’s heralded success on the NES. Miyamoto himself admitted that its blueprint was carved out of it’s prequel’s foundation, even to the point where they considered using its engine. But the team knew they needed something fresh to compete with the “flashy and cool” Sonic the Hedgehog. Super Mario World’s development was intent to strike SEGA where it hurt the most – in the sales department. The game amassed insurmountable success for the platform, spiking sales for the Japanese manufacturer, turning revenue into major profit for the foreseeable future. It was a splinter cut to SEGA, before an eventual bleed-out.

Super Mario World’s programming is still dissected by fans and programmers to this day, that enjoy the “vanilla” experience, opposed to the coined “chocolate” hacks that are readily available. Its development cycle was indeed challenging for not only its lead team, but composer Koji Kondo, who admitted that the soundtrack took him over a year to complete. Of course this being the first of many to feature everyone’s favourite dinosaur Yoshi, was contributed to Miyamoto’s infatuation with horseback riding. The original concept for Yoshi was laid out for Super Mario Bros. 3, but due to technical limitations it was put on the back burner. Now in 2021, the game remains one of the most played on Twitch with groups of gamers that sink hours upon hours into fan-made experiences that returned the favour and inspired Nintendo themselves to create a consumer friendly approach in Super Mario Maker. The Kaizo community continues to place the title on a pedestal and improve on some delicate creative choices, but has engrained Super Mario World into modern gaming culture, albeit a retroactive delivery. 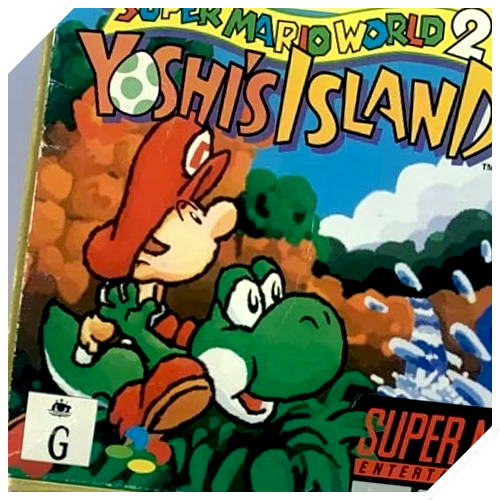 Now I know what you’re saying. Where’s number two? Well, I couldn’t do it. The next two games – at least, to me – are equal, and deserve the accolade of being heralded as the best the Super Nintendo has to offer, placing them at top spot, side-by-side. Despite it’s prefix, Super Mario World 2: Yoshi’s Island is in fact a prequel to the aforementioned great, with Yoshi and his family of dinosaurs taking the lead as the protagonist of this entry. Garnering instant praise for its original take within the Super Mario series, its audio-visual aesthetic remains one of the greatest amalgamations of 16-bit “hand drawn” depictions to date. Its eye-popping, expeditious pacing and adorable charm captivated gamers for decades, leading to future sequels and spin-off titles that have never quite reached or sat equal to it. Who’d a thunk it, that a scrapped idea from the cutting room floor would create instant magic in Yoshi’s Island? Again, Nintendo were aiming high with the generation nearing its close, and all hands were on deck with this project.

Yoshi’s Island coincided with ongoing development of Super Mario 64, with the team admitting that the well had dried up and every possible avenue other than a direct Super Mario World sequel was attainable, but out of the question. Rumours swirled that initial plans for the game were to have Donkey Kong as the protagonist, but RARE were deep into development of a successor to Donkey Kong Country. But in 2020, a prototype was discovered with a protagonist wearing a pilot costume with the title “Super Donkey” confirming the aforementioned repurpose. The platformer retained mechanics that of the iconic Super Mario series, including coin collecting, the 1-UP jingle, pipe-warps and of course, Mario himself as an infant. It’s never been made clear whether Yoshi’s Island retcons Super Mario World’s narrative, but its gameplay loop – when accompanied by Yoshi – remains similar, with a few new additions. But it’s familiarities in 2D side-scrolling are formulaic to Super Mario’s legacy, and may have been taken to a whole new level in Yoshi’s Island. 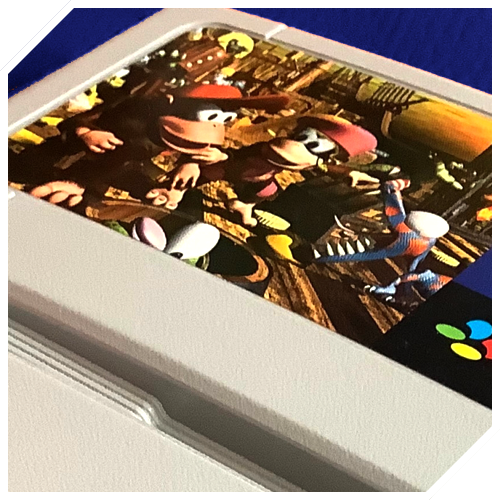 How could you not, right? Out of three in the original trilogy, one stands above the rest. Donkey Kong Country 2: Diddy’s Kong Quest is RAREWARE’s magnum opus. When its prequel first found ground on the SNES, it established a baseline in graphical aesthetic that was untouched for quite a while. Development and research into creating a faux-3D render transformed the way we perceived the Super Nintendo’s establishment, forever. It was an astounding relay of technical bravado that most definitely had SEGA sweating gold rings, but the banana hoard was ripe and ready to launch Donkey Kong Country into the ether. Diddy’s Kong Quest not only lifted the fundamentals that made DKC a household name, but took it to new heights with graphical and performance improvements, a new sidekick, a range of fresh archetypes which mix with the legendary soundtrack composed by then in-house producer, David Wise.

Donkey Kong Country 2: Diddy’s Kong Quest was everything a platformer needed to be. From level design, synergy in both enemy drops and pathways, to pacing and puzzles. It demanded attention, your attention through gameplay and its creativity. A sudden flow change from level-to-level, and boisterous in themes adds an entirely new element to its pre-existing schematic from its prequel. From casting themselves overboard, to the fiery depths of a volcano, zooming through the unconventional rails of a haunted mansion right to the insanity of a krem-infested rollercoaster ride, there was always some new, fresh and original at every turn. A tumultuous joyride through a new adventure crammed with unquestionably, an exemplary delivery of action-adventure, mixed with quirky characters first introduced here. Donkey Kong Country 2: Diddy’s Kong Quest sits alongside Yoshi’s Island as two of the Super Nintendo’s greatest, of all time. 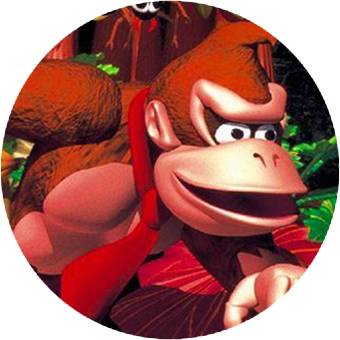 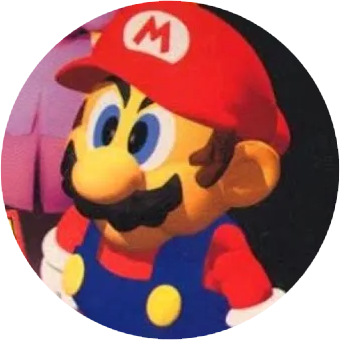 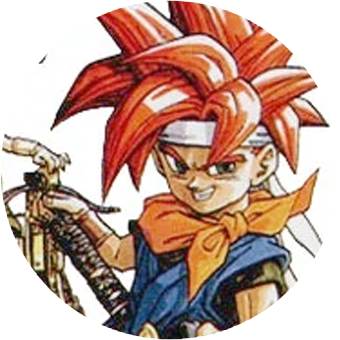 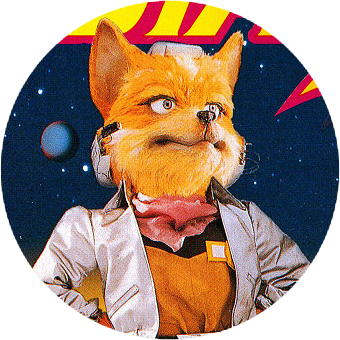 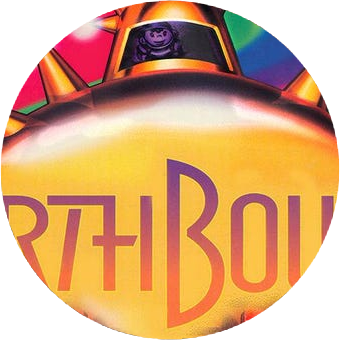 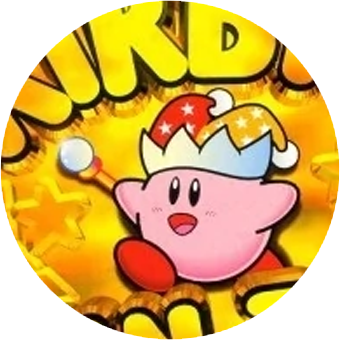 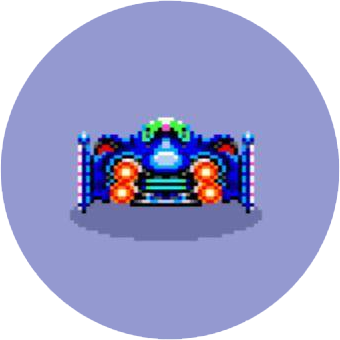 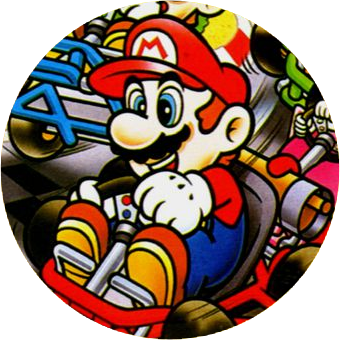 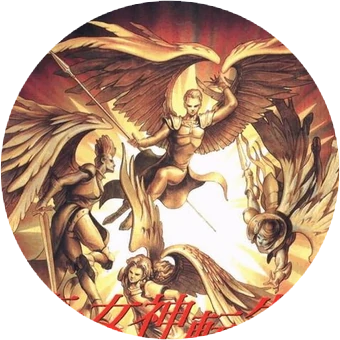 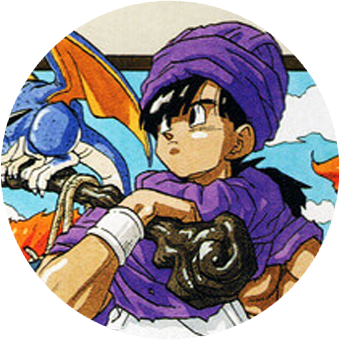 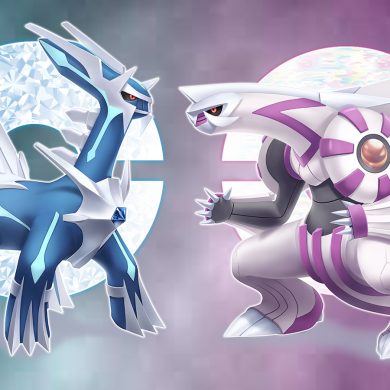