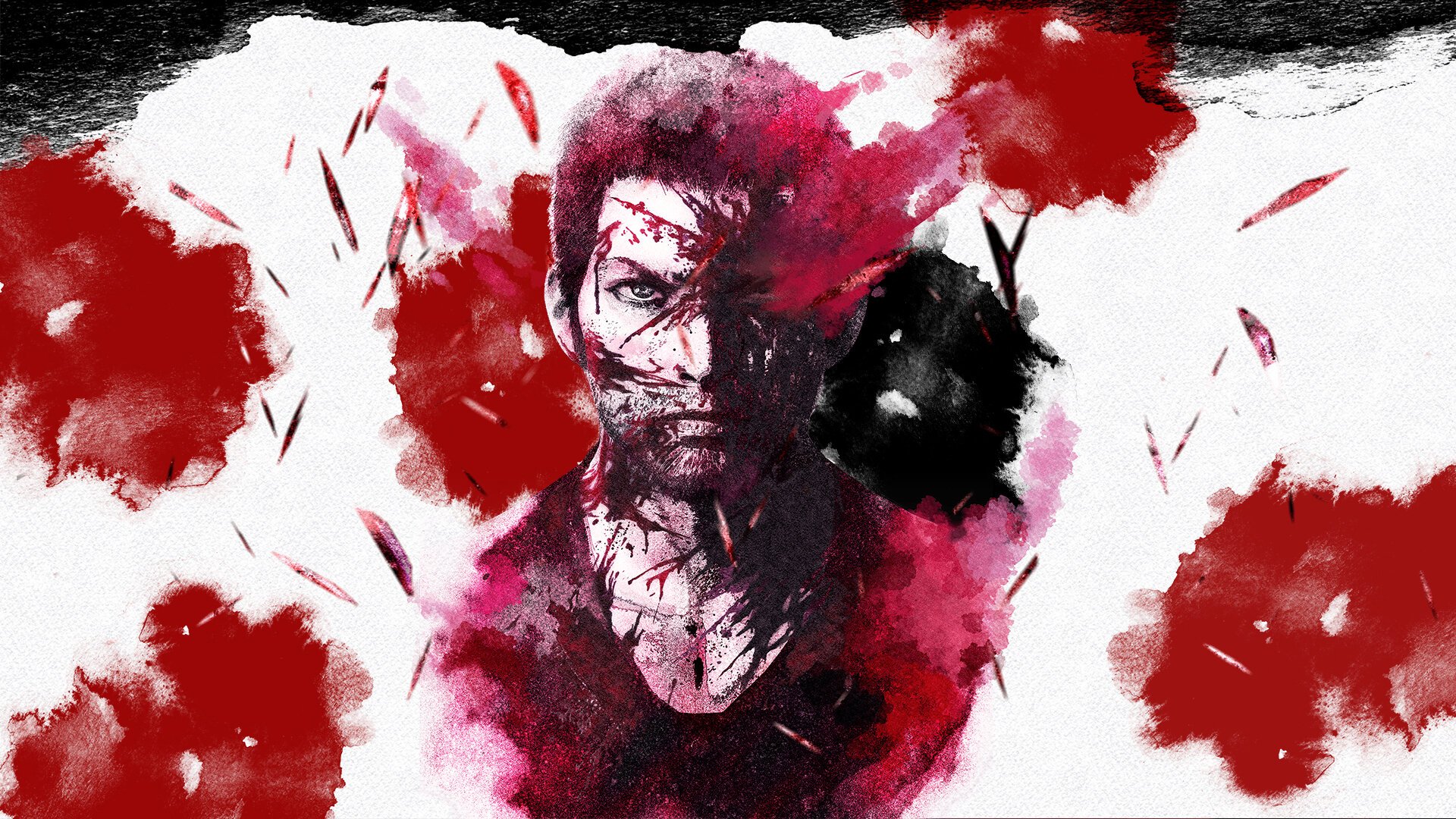 I love this franchise. The best way to describe Final Fantasy to someone unacclimated with the series is ‘expect the unexpected’. It was an unexpected surprise that I would come out the other end of this epic escapade with a gleaming smile, and gratification after dabbling in its less-than stellar demo back in early 2021. In it’s own way, Stranger of Paradise, takes the foundations of Final Fantasy and evades some of its predecessor’s round-about lore that would have possibly overshadowed a great tale being told here. However, coming out the other end of the title, I couldn’t help but note that none of the characters I had portrayed were relatable enough to continue a legacy beyond this title alone. Yes, I know we’re talking a title that’s outside the Square Enix wheelhouse, in fact, a title that’s not even within Square Enix-Final Fantasy style formula.

Amalgamating more-or-less a soulslike experience with Final Fantasy’s role-playing would be perceived as a match made in heaven, at least in some regard. No better than Team Ninja, the studio responsible for the highly acclaimed souls franchise Nioh, to take up the task in co-developing this unique adventure. Not the first time the two Japanese development teams have paired up for a Final Fantasy offering; Dissidia Final Fantasy NT and Opera Omnia were both met with some criticism due to the project’s empty offerings. While it’s innovative combat mechanics were heralded, it had other issues that stained its legacy. In-line with Team Ninja’s motivation to continue working with the esteemed series, Stranger of Paradise, twists the arm of the generic JRPG, conforming to an open-world hack-and-slasher while sprinkling it with hints of the ever-rotating, incomprehensible experience of a soulslike grind.

While it’s risky to release a title like Stranger of Paradise, coming off the back of 2022’s highly acclaimed, and game of the year contender Elden Ring, Stranger of Paradise knows exactly what it is; fanservice. While I wouldn’t necessarily use nomenclature like ‘love-letter’ to describe it, the origins tale told in this epic can only be described as a deviation, or side-piece to an already seasoned, and well established infrastructure from its early innings. The Origins tale takes place during the events of the very first Final Fantasy title, while delivering an entirely unorthodox aesthetic to the title. It follows Jack Garland, a warrior set to dethrone the evil that is ‘Chaos’, while accompanied by associates Ash and Jed. All three men were assigned the same objective in saving Cornelia, and its universe from the ominous threat.

While the King was not positive on this troupe of potential trouble-makers, he gives them his blessing to pursuit their goal in destroying Chaos. Arriving to the Shrine of Chaos, the trio confront the dark lord only to defeat him with ease, revealing that they had not actually defeated Chaos, but a Shadow of him that was in possession of a young woman that also carried a black crystal similar to theirs. Going by Neon, the woman explains that she was also set on the same mission to destroy Chaos but had found that his existence was a myth created by humans to create conformity and balance between good and evil. Neon had become enamoured with the possibility of absorbing all the darkness to become Chaos, herself. However, she failed her task after the trio successfully defeated her. Sceptical, Jack still believes Chaos exists and won’t stop until he defeats it.

Neon decides to join the party as its fourth member, albeit an ulterior motive being her objective. Returning back to base, the group discuss their case of amnesia with Jack clarifying that it’s to prevent them from becoming personally attached to each other without blinding them to their goal of destroying Chaos. The King of Cornelia tasks the group with restoring the crystals of Earth, Wind, Fire and Water (But no heart). This officially commences the main campaign with the group setting off toward the Flying Fortress, a secret space station that orbits Earth. The King informs the warriors that they must defeat the Fiend of Chaos which resides there to absorb any darkness, and collect all crystals it carries. While we learn some basics before the campaign, and during the prologue, this is where the action truly kicks off.

Stranger of Paradise puts forward a Final Fantasy game that presents less of the regular formula, yet a mixture of great action-adventure, soulslike, role-playing that will entice you to come back again, and again.

It’s a slow boil but once you get here, the pace of the title begins to surface. While controlling our party may seem somewhat stiff in the early stages, you get used to the physics and become acclimated in how to control your characters movements. There’s a reason why it feels a little robotic, but that’s all revealed during the brief, and intense encounters that are definitely expeditious, and can be quite the grind if not prepared. With gameplay on a universal clock, all unfolding in real-time, you’re going to have to be hot on the heels of all enemies that approach. Mana and Melee attacks are your friend, with Jack possessing a more hands-on approach in each, while commanding your cohorts with simple QA buttons assigned during battle. There is a learning curve to it all, mainly pertaining to its unusually stiff physics, but its offensive system is so enticing that you can forgive it.

✔️While cheesy, a great addition to the Final Fantasy franchise.

❌Chaos! So much useless colloquy, that it becomes a meme.

❌UI is clunky and quite overwhelming.

Much like any role-playing title, we’re given the opportunity to level our characters, and upgrade a myriad of weaponry, armour, arms, HP and buffers. You will be alerted to investigate your skill tree in your menu, which to be emphatic here, is a nightmare to navigate. It’s overwhelming and quite clunky. There needs to be a medium here that displays each facet for character upgrades, that doesn’t demand the player to look at a hundred things at once. The skill tree is mercifully a breeze to use, with the title guiding players in making the best choices, instead of the player bewildered by which path to unlock. It doesn’t hold your hand, but does direct you in what choice is best at that moment.

Understanding each member of your party is imperative, as their offense will count in how you execute combination strikes. Jack likes to get hands-on, while Jed likes to show off his arcane abilities, although he’s afraid of lightning. Ash is the powerhouse, utilising his heavy offense yet a little slower than Jack, while Neon swordsmanship is excellently displayed with such fluidity that I think she may have been my favourite of the group. Four difficulty settings are available from the start with one unlockable after completing the campaign in Chaos mode. The higher the difficulty, the more item drops will occur. Your best bet when playing a harder mode would be to jump into a lobby, and have a friend journey with you online.

Other objectives like Ally Jobs are highlighted in the main menu, which more-or-less are XP farming for more item drops and levelling your party. There’s no shortage of items that can be held in your inventory, almost like a D&D bag of many holdings. Multi-class survival strats will be your friend throughout major enemy encounters, because you can bet your bottom Gil, you’re going die… a lot. The tedious soulslike nature becomes more apparent as you progress, with enemies of higher levels rearing their ugly heads, while an under ranked, low-levelled scrub like myself would try his luck, to fall dozens, if not hundreds of times before finally tucking my tail, and getting my grind on. Now is it as ruthless as a soulslike? Kind of. The best part of it all is retaining your inventory, so you don’t lose anything upon each death, so while it’s easy to equate it to the masochistic category, it’s also somewhat forgiving.

The ‘God of War’ like finishers are definitely a highlight, allowing players to eliminate enemies with some flair, while not as grandiose as the aforementioned action-adventure it still delivers a palatable punch. The one mechanic I had trouble with was the game’s parrying system, where trying to deflect an enemy’s attack was a gamble that only paid off half the time. It encourages you to try this, but I couldn’t perfect it enough to save my behind on too many occasions that it was called for. However, having backup to alleviate some of this stress was a relief, with friends that were ready at the helm to aid me in battle. This was honestly the best part of the experience, was having people there to bicker and banter with while coming up with game plans, especially in the campaign’s final arc.

Yes, the game is rough around the edges but it’s definitely a lot of fun. I came in with low expectations after a cumbersome trial had me pessimistic on its potential, yet Team Ninja and Square Enix have ironed out those kinks to bring us an incredibly, unexpected campaign jam-packed with limitless fun. Yes, you will walk away with the Chaos meme stuck in your head, and it will probably be the most memorable thing about any of the characters here, but at least there’s something that will stick. Regardless, Stranger of Paradise puts forward a Final Fantasy game that presents less of the regular formula, yet a mixture of great action-adventure, soulslike, role-playing that will entice you to come back again, and again. It’s definitely persuaded me to check out the critically acclaimed MMORPG Final Fantasy XIV free trial, that includes the entirety of ‘A Realm Reborn’ AND the award-winning ‘Heavensward’ expansion, up to level 60 with no restrictions on playtime.

Stranger of Paradise: Final Fantasy Origin is an action role-playing game developed by Koei Tecmo’s Team Ninja, and published by Square Enix in celebration of the series’ 35th anniversary. 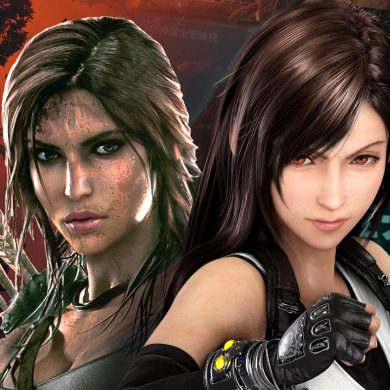