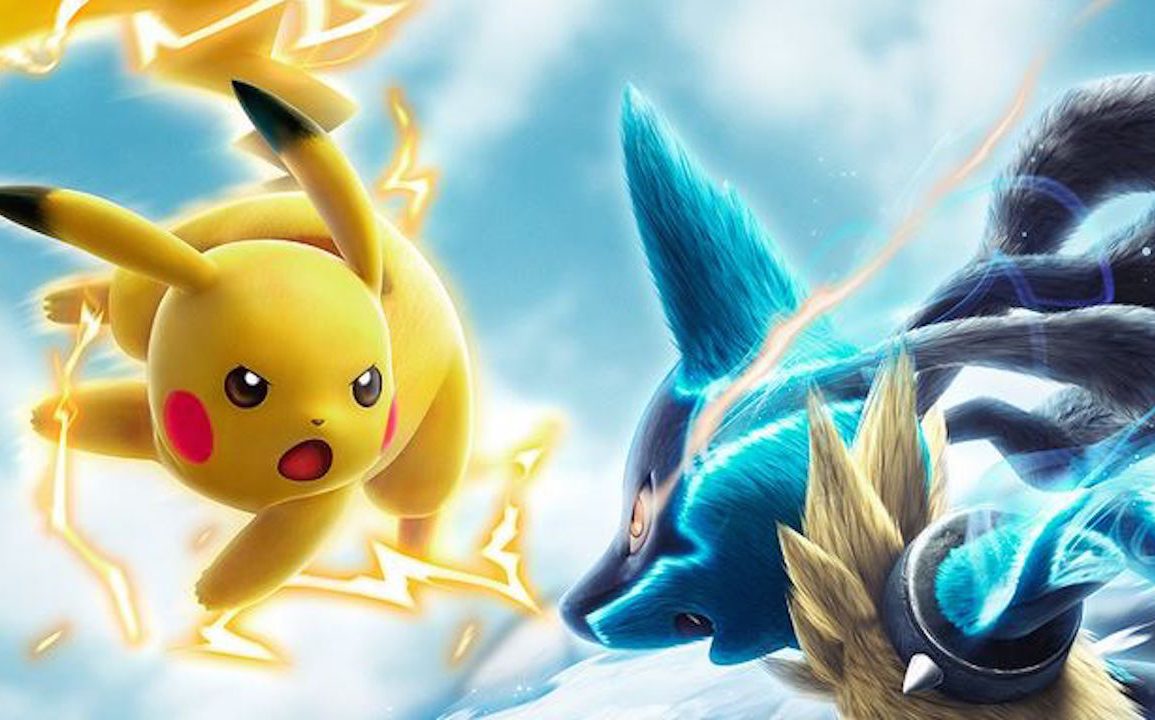 So writing this review has been a little hard. Reason is, I’m a die hard Tekken fan. It is my favourite arcade fighter next to Mortal Kombat. So upon hearing that Namco Bandai were working with Nintendo, and the Pokemon company to produce a Pokemon based “Tekken fighter”, it certainly raised my eyebrow. Not to say that basing an already established, and momentously popular franchise like Pokemon, could be tarnished by the likes of a serious fighting franchise like Tekken, but the Wii U is already on thin ice and risks are obviously been taken to prolong whatever life the console has left. But looking at the title from that standpoint, was this designed to be a crossover of the two worlds? Or was the approach here, to start from scratch and give a brand new Pokemon Battle experience?

Diving into the world of Pokken can be a little confronting at first, but can be a breath of fresh air for some. We’re immediately introduced with a familiar formula here, seen in many Pokemon titles previous, where you design your trainer and pick the Pokemon you choose to train for battle. Just know that once picking this Pokemon, is essentially the same as picking one fighter in arcade mode on Tekken, you will be stuck with them right throughout a single arcade tournament, or “League Battle”. You can change your Pokemon throughout the game, to help level up your collection of characters, through “My Town” on the home map. The “Ferrum League” option is where you begin your journey through different leagues, to increase your Pokemon’s Level by working on it’s Attack, Synergy, Strategy, and Defense points. Your trainer will also be determined on his or hers score card, which is also graded based on your Pokemon’s performance. Defeating a league champion will increase your Trainer’s grade.

Jumping into battle with your Pokemon is certainly a treat here. The freedom of having full control over your Pokemon entering battle is awesome, and something that feels almost like a callback to the old Pokemon Stadium games. The trainer takes a back seat and the Pokemon has full reign to open up a can of whoop-ass on it’s rival. Each Pokemon does come with it’s own unique moveset, combo-set, stance, grapple moves, and class. It certainly is unique having that kind of control, as a Pokemon, rather than a trainer of a Pokemon. Of course, we know that Super Smash Bros. offers that kind of freedom, on a select few Pokemon that make appearances throughout that franchise, but the gameplay style between the two could not be anymore different here. It’s an experimental, but somewhat adaptive formula from the Tekken developers.

So, What’s the kicker? Well, if it’s promotional material says “Tekken”, and it’s campaigned to be a “Pokemon Tekken” Fighter, just as it’s European name states it to be, then why is not a Tekken Fighter? It can come across as somewhat misleading to Tekken fans here, that the intention was for this title to be a Tekken based fighter, when the mechanics in the game seem to be completely different. Not that it misrepresents what it’s trying to sell, but labeling the title “Pokemon Tekken” may have been a slight oversight, as the mechanics are only somewhat similar, and not at all identical to what people expect out of a Tekken title. The side-by-side fighting element is not present, as it’s taken more of a 3D free-roam/stadium approach, which does give your Pokemon much more freedom to move around, and do battle. Obviously, you’re not going to get the traditional fisticuffs of your traditional Tekken fighter out of a Pokemon game, but the general mechanics of how Tekken works, are not present in this title at all, and may turn some people the wrong way here.

Misrepresentation and build-up, can lead to dire consequences for some with respect and fandom towards established franchises on both parties. I’m sure that there are some on the Pokemon side of the fence who are not too happy about some of the mechanics present within the title. I personally have been hoping for this kind of Pokemon title though, a free roaming, ass kicking, Pokemon game that gives you the freedom to control your Pokemon in battle. But labelling it with the “Tekken” name, is somewhat questionable. Sure, it’s just a name, and the focus should purely be on the gameplay aspect here, which I will say isn’t perfect either. Upon starting your battle, the top-down, over the shoulder camera angle you will be subject to get can throw you off a tad, but will also be a little predictable too. I knew going into battle, as soon as that announcer yells fight, that opposing Pokemon would shoot out an attack immediately. But it’s as simple as sidestepping the attack, and button mashing your way through the battle, that makes me question, whether a strategy is even needed for this title.

Controlling your Pokemon’s moveset can be more than overwhelming, it can be just plain confusing. While plain button mashing will get you through a round with ease, it’s the mystique of pulling off a combo, that will get your frustrated more than anything here. Using the right analogue stick to just move your Pokemon can be a tedious procedure, and somewhat clunky and unpolished. Whether the intention here was to set off a combo set, you will find that your character stance will lock in at moments, rather than move before even landing a strike. So rather than moving from left to right, Pikachu will bob down, charge up, and expect you to land a hit, which is just plain confusing. Grapple moves from Tekken do return though, with the two button combination press, and do land quite a power attack. Choosing a Support team from the Pokemon selection menu, is a neat assist feature to include Pokemon who don’t exactly make the cut to the main roster, but is a nice touch to add an element that you would usually see from the Pokemon world. Hitting the L1 button will call upon said “Support Pokemon” to your fight, to land their special move.

Design is beautifully done within this fighter, with Pokemon looking as realistic as they ever had. The detailing is truly remarkable, and can be compared to Nintendo’s detail given to it’s recent Smash Bros. entries. The design given to Pikachu in this title can be quite reminiscent to what you would see in a modern day Donkey Kong. With close-ups, you can see the wind catch each strand of fur on your Pokemon, it makes you want to give them a cuddle and a scratch behind their ear. Attention to detail is also given within stage design, but it also reminds you of the title’s origin on arcades. With the fast paced action happening within battle, you will only have split seconds to take in the view around you to even notice the beautifully designed surroundings. And then, the music. If you know anything about the Tekken games, it’s all fast paced, bass pumping, intense fight music, and boy do they bring it here. With a load of Pokemon remixes in the soundtrack, the battle will truly rage on.

So, how do I wrap this on up? Pokken Tournament is truly unique. Whether that is good or bad here, is somewhat still up in the air. It takes what we know from traditional fighting games, meshes them with what we know of the Pokemon Universe, and tries it’s best to make it’s own unique fighting game. It’s a split decision. If you’re going into this title expecting Tekken, then you may be slightly dissapointed. Don’t judge the game solely by it’s name, but for the content it brings. But then, do ultimately judge it by the content that it brings, a free-roaming Pokemon fighter, that tries it’s best to be it’s own title, but can be somewhat confusing in many, many ways. It can be a little confronting, with so much thrown in your face, but so little in rewards. An arcade fighter should truly be as simple as select your character, you have three rounds, now kick each others ass.

Pokken does it’s best to be that, but throwing in that little extra may have overdone it, by just a tad. There were moments where even I said “woah, slow down here”, and needed to take a moment to take in everything that was happening infront of me. Rounds and rounds of fighting, and button mashing, it still had me scratching my head wondering “what the hell just happened?”. Pokken Tournament is a fun Online/Local multiplayer arcade fighter though, experiencing the game with others can be a party but also sets the question of “How long before I head back to Smash Bros.?”