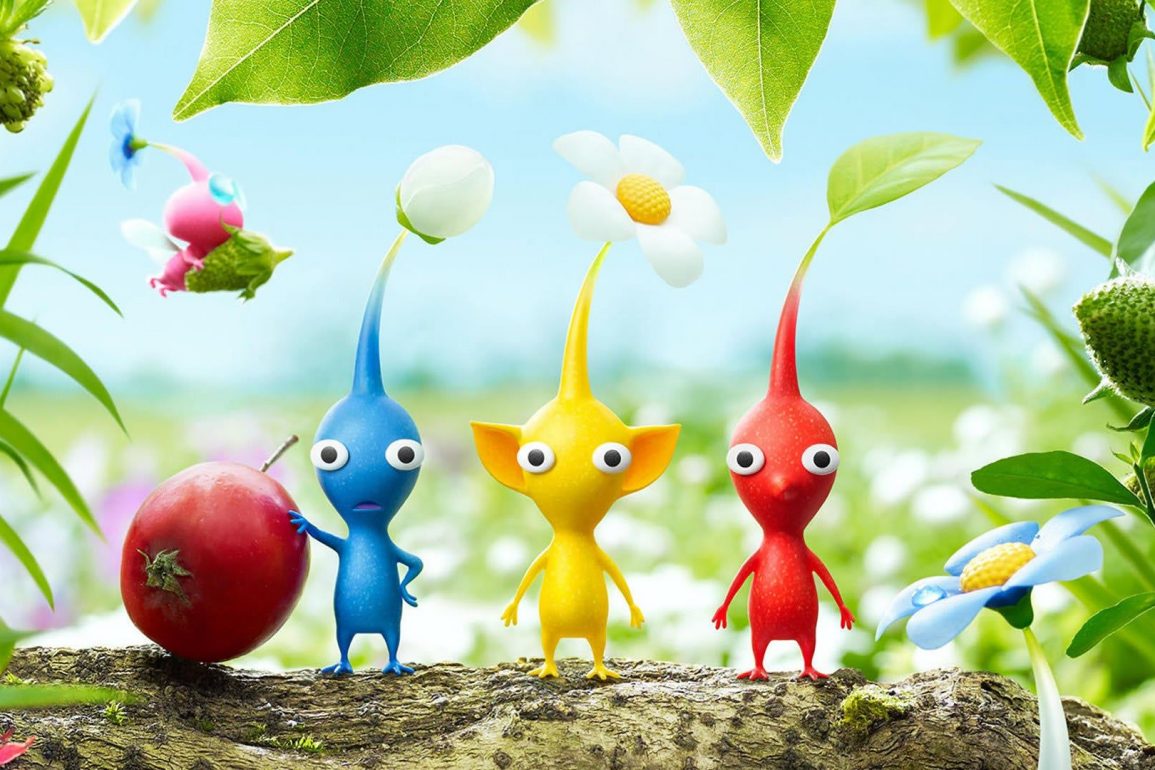 ✔️Ultra-Spicy enhances the title’s overall experience with elevated difficulty that challenges the experienced player.
✔️Local co-op is a welcome addition.
✔️Just as charming as it was upon release, in 2013.

❌While I praise its local co-op, omitting online continues to be a trait that Nintendo cannot seem to shake.

One small Step for man...

As 2020 keeps moving forward, Nintendo keep reviving lost title’s within the niche Wii U pool. Most certainly not a bad thing, as it gives Nintendo a chance for reprieve while working on other illustrious titles to hit shelves within the next year or so. Pikmin 3 is Nintendo’s latest retrieval from the Wii U library, with the obligatory “Deluxe” handle added, with slightly tweaked mechanics and additional features to suit their latest hardware. While the title initially released in 2013, many devotee’s may have missed the mark due to its intended hardware’s questionable commercial and creative decisions. We know what history made of the Wii U, but shy 3 years of a decade, how does Pikmin 3 survive within a pre-next generation transition?

In short, perfectly. Pikmin 3 saw it do away with the Nintendo Wii’s revolutionary, but poorly aged motion controls and divert to a mixture of its roots, along with the innovative use of a handheld touch screen. Pikmin’s meticulous pacing is the perfect fit for someone who’s looking for a laid back, charming and wondrous adventure. There are some challenging moments that will certainly have you sweat, even question your moral compass but in terms of how you play this extraordinary adventure, it truly evolves the linear campaign category into carving your own experience throughout its marvellous environment. It’s hard hard to brush up on its abstract presentation, with gorgeous environments and calming overture that enriches its calming aesthetic, but Pikmin 3 delivers a thought provoking, at times a panic inducing adrenaline rush in its integral display.

Enjoy the Fruits of you labour…

Returning to mysterious planet of PNF-404, things have changed since we last visited the previously unsigned universe. Portraying Captain Charlie, Alph and Brittany, your heroes are left completely stranded after their shuttle breaks down upon arrival. The only means of survival is to live off the land, with exotic fruits and berries that grow throughout the lush greenery of this almost exotic, yet isolated world. After traversing through its grassy fields, the trio stumble upon the alien race that inhabits the planet, known as Pikmin. With the colourful creatures showing a welcoming character, the astronauts begin to help lead the Pikmin in their shared venture to find more fruit for both parties.

For those familiar with Pikmin’s backstory, its entire experience follows through previous entries with a continuation from its predecessors. It has been fascinating to see such an incredibly broad scope in this little big adventure follow-up on its narrative, despite purely focusing on its task of essentially being a harvest and collecting driven title. Enemy encounters depend on which difficulty setting you apply; initially on its original release, Pikmin 3 harboured an accessible demonstration in gaming for younger audiences to adapt, but with the Nintendo Switch being a little more diverse in terms of audience level, the addition of ultra-spicy mode has elevated each engaging battle, and shows a somewhat heightened adverse.

I will admit for a 2013 title on Nintendo’s disparaged hardware, Pikmin 3 was an absolutely gorgeous gem to behold. Amidst some of the busiest moments within its timely constraints, you will find yourself gazing upon its absolute beauty. Its overwhelming artstyle boldly shows a charming sensation, notably while you traverse its grassy grounds. Its adorably vibrant, and its subtle soundtrack accompanies a variation of scenarios that encompass what Pikmin’s entire experience entails. Its showcase of light-hearted adventure encroaches those who may be looking for an engaging, family friendly display, and could easily be taught in real-time with some joyous moments that are incredibly sound for audiences that want something a little simpler than most.

Amassing over an entire colony of Pikmin can be something that the player may find staggering, but understanding their individual use will be appreciated over time. Sure there are duplicates, but there is reason for that as you micromanage your crew to victory. Discovering different treasures and solving puzzles are all part of your objectives, while undertaking a litany of labour including building barriers and bridges, while collecting charms that enemies drop over time. Carefully reading the overworld map will point your crew in the direction needed for progressing through this long-form story mode. While this dependencies will dictate your campaign’s timing, it all comes down to how you pace yourself while completing tasks within the given window.

Pikmin 3 Deluxe doesn’t break the mould, but picks apart its initial rendition and optimises its dual screen experience for the singular display on the Nintendo Switch. It feels refined in both experience and quality. While single player seems to be the title’s integral focus, catering towards a local co-op option is something that I question due to our current day-to-day life circumstances in our global climate. Sure, if you have sibling or family member that are willing to sit with and devote an enormous amount of time engaging within Pikmin’s campaign, then yeah I can understand this option. But again, in standard Nintendo fashion, online multiplayer/co-op is non-existent. It’s now viable for all development teams to look into just the idea on paper for online multiplayer. So it’s still confusing how in 2020, Nintendo avoid this concept, even within Remasters.

Cameo’s from our beloved Captain Olimar and Louie will no doubt bring some delight in hopefuls that were hoping to at least see the iconic duo. In theory, the title can be completed within a 9 hour timeframe, depending on your goal and how much you’re willing to investigate. A thorough trip around PNF-404 can rake up to a total of 24 hours, if you’re certainly aiming to be a completionist. My experience was around 15 hours, with some light travel and completing missions of importance while progressing through its narrative. Despite wanting a little more from my time within the title, I can admit that what Nintendo have served up is an immersive game in its own merit. The minimalistic approach in mechanics and diverse range in overcomplicating its gameplay would have been to the series detriment. It’s all about the perfect balance, and I believe Pikmin 3 achieves this.

That withstanding, Pikmin 3 Deluxe is a welcome revival and remaster to the Nintendo Switch, for those whom may have missed its initial launch on the Wii U. The addition of this merry adventure with a cozy overlay leaves little to be desired, but delivers immensely. It’s an exciting and encapsulating escapade that will attract a plethora of people towards its cute and colourful archetype. Its no cinematic adventure, but it does harness something that gaming struggles to present within our current climate; heart. Pikmin’s establishment see’s its illustrious continuation thrive through an entirely new generation of gamers, and will forever have commonplace in Nintendo’s boundless world of video gaming, and potentially could see a new entry in its short line-up very, very soon.

Pikmin 3 is a real-time strategy and puzzle game developed and published by Nintendo for the Wii U video game console. It is the sequel to the GameCube games Pikmin and Pikmin 2 and was released in Japan on July 13, 2013.

Story
8
Gameplay
9
Presentation
8
Sound
8
8
Supplied by the publisher, for our review. 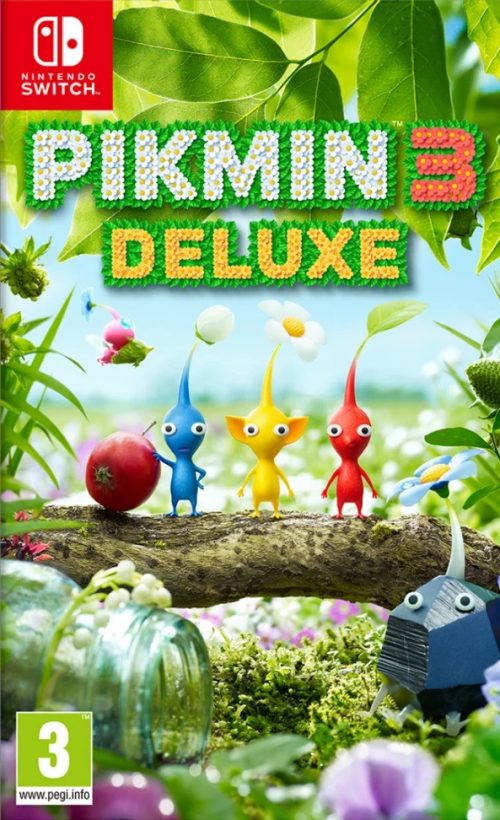 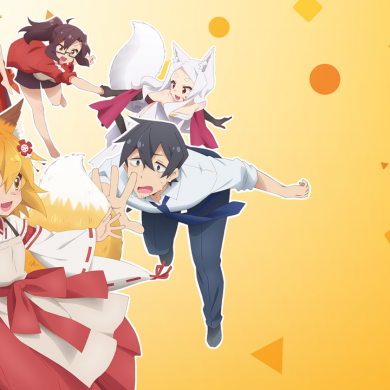