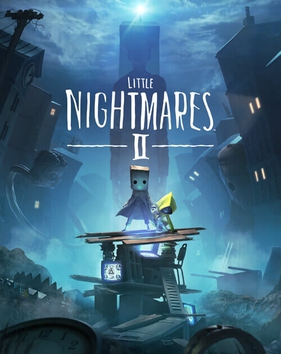 It's the little things...

A moment of hesitance would describe my first instance of booting into Little Nightmares 2. Privileged with early hands on with the title late last year and in January, I was able grasp the aura that had been implemented into the franchise without playing its first campaign. I did not expect to be spooked out of my seat, but damn if I didn’t yelp like a puppy afraid of a thunderstorm. Little Nightmares 2 imposed its will on me by encroaching its utterly horrific and outlandish presence, latching the contrast of hopelessness it delivers vicariously through our daring duo, as they trudge their way through each gloomy locale displaying a dreary backdrop of reckless abandon. The unique ambiance that ascertains a dreadful destiny, and forlom outcome in our paper bagged protagonist and our returning heroine in a raincoat.

A journey outfitted in trials made to beckon Mono, our young hero in traversing across its vast land to stop the Signal tower from sharing its deadly transmission. The encounters that he will face, are adequately labelled nightmarish as the title’s nature implies. A myriad of confronting imagery, mutated antagonists, sacks of dead bodies hanging in the forest, bear traps camouflaged in tall grass, noose like ropes to swing from cliffside to mountainside, and a variety of inquisitive and innovative puzzles that are actually quite fun to solve. The allure around Little Nightmare’s “Jack-in-the-box” like nature, is heightened by its promise of resolve for both our hero and his familiar sidekick. But above anything, it’s the story told along the way that entices us to continue our rough stumble through this stark, unforgiving mise en scène.

We begin this dark tale in an isolated hallway, with an eye that lures our newfound hero Mono, towards it. As he approaches, he’s suddenly awoken alone and dazed in the middle of a misty forest. Petrified, the child begins to explore its wilderness with sling-traps and corpses present and shoes and personal items abandoned. It is assumed that the dead bodies were of people who also were placed within the haunted backwoods where they met their demise and were ransacked and nested above ground. A chilling representation that no doubt would place a child in state of shock. But our young adventurer was not set to give up just yet. Hurling items to set off traps, climbing the planks of hanging bridges off cliffsides and seeking assistance in reaching the tower’s transmission, we are re-introduced to Six, the intelligent young lady we portray in Little Nightmares’ first entry.

The insidious nature that carries its twisted aura throughout the campaign, ensures to encapsulate apprehension, awe, disgust, dismay, hatred, panic, abhorrence and terror.

Arriving to an abandoned shack, Mono meets with a frightened girl that rejects his help and makes a getaway. He immediately chases after her with more confronting representations of manipulated corpses being turned into effigies. If you’ve seen The Wicker Man, then you know how creepy that is. Reluctantly accepting Mono’s invitation to accompany him through his adventure, the two are then chased down by the individual that owns the run-down shack known as The Hunter, the first of many antagonists within the campaign. Wielding a sawn-off shotgun and spotlight, the irritated masked gunman tries to murder both Mono and Six, as the pair expeditiously leap and sprint their way through the tall grass, while also hiding behind objects while The Hunter searches the slums for his targets.

The sudden rush of excitement you get from avoiding this boss is certainly palpable, and makes for one of the most memorable moments of the game. As you strategically sneak around the gunman, he notices both Mono and Six making a break for small enclave that hides the pair. Sometime after The Hunter had given up on his search for the youngsters, both Mono and Six head towards another abandoned barn where the two are once again spotted by The Hunter after Mono breaks a loose floorboard. Ducking and weaving through multiple gunshots fired, they dive into the dirty depths of the river behind the barn. Here is where it gets interesting. Using loose objects such as floating logs and crates, you can hide from the Hunter while he searches for you but you may also duck under the water and swim around the area to avoid him. Makes for some intense moments.

✔️A horrific overlay that ensures a frightening experience for players.

✔️Confronting imagery that may shock some people that are unacquainted with the franchise.

✔️Intuitive and adventurous, a prime example in mechanics and gameplay design.

❌Be ready to jump out of your set. Not really a negative, but for someone who’s easily frightened, it’s terrifying.

The transition between Puzzle to platformer is a subtle contrast that is cloaked entirely by prevalent moments that captivate you in the title’s overarching aesthetic. But its intellect shines through the intuitive plethora of objectives on hand. I had moments where my mind went completely blank, staring at the screen, wondering how I was to make that 14 meter long jump, not realising that I had to climb down and utilise Six’s partnership to my disposal. The buddy system is imperative and quite monumental, if anything revolutionary. I’ve never seen a title so intact with perfectly programming a CPU/AI to do the heavy lifting, but Six’s experience here shines and we’re reminded of her strengths through Little Nightmares, which translates perfectly here in its sequel.

Paths are paved carefully for confrontation, and situations that may require you to meticulously explore for solutions to each gateway out. Each area will harbour its own exit strategy, along with erratic enemies, haunting halls of hollow imagery, and antagonists that will make you antsy. Exploring the library had generated a school of butterflies flocking in my stomach as I was immediately startled by the elongated recoil of the headmasters neck scowering each forbidden area for our pair of anxiety riddled children. Climbing bookcases to avoid the bloodshot eyes of this imposing figure as she coils her long neck around these towers is an image that will remain with me for a very long time. Such a weird depiction of mutation that makes my skin crawl.

Using tools to break obstacles and crates, or utilising them as ranged defence to fend off enemies is awesome. The flashlight replaces Six’s lighter, which may also be used to incapacitate foes for steady combat. Transporting through television sets like the old Poltergeist films, each of these act as a portal through different locale in Pale City for quick travel towards the duo’s final act. The curtain call for Mono and Six is unequivocally one of the most terrifying experiences I’ve had in gaming, but I’ll save that for your imagination and experience, but it makes the adventure towards the endgame so gratifying. Every sequence that follows each puzzle piece demonstrates new character traits for both our protagonists, especially in Six’s personality growth. Her shy personality breaks through, and begins to show a heroic side to the once panicked sidekick. Her resolve carries Mono through to the end, making for one of the greatest action-adventure puzzle games this year.

Little Nightmares 2 is undoubtedly unmissable. A horrific tale of abandonment, and despair that contrasts and juxtaposes itself through the heroics of each main character’s will to aid eachother through challenging feats, and deathly experiences. Their personal goals become one as they ambitiously adventure through the night, avoiding pitfall and perils, the hazardous, the heinous and the hideous to simply survive. The insidious nature that carries its twisted aura throughout the campaign, ensures to encapsulate apprehension, awe, disgust, dismay, hatred, panic, abhorrence and terror. Little Nightmares 2 manages to accomplish all this through the eyes of two innocent children, and of most importantly, the player. Little Nightmares 2 is essential gaming, just… don’t be afraid.

Little Nightmares 2 is an upcoming puzzle-platformer horror adventure game developed by Tarsier Studios and being produced by Bandai Namco Entertainment. 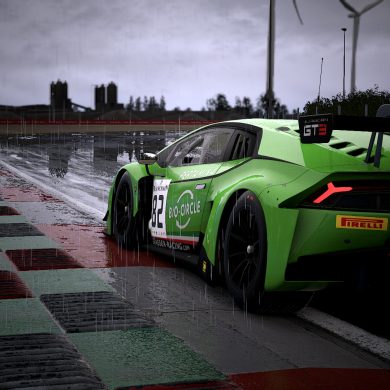