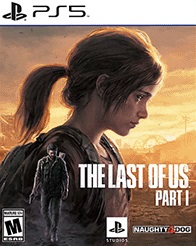 In what may be one of the more questionable moves by Naughty Dog, after the studio was met with a mixed reception upon its story beats for The Last of Us Part II, a remake of the first title was something no one expected. Sure, gamers may still be somewhat perturbed by the notion that it was a necessary release from the Santa Monica developer, but The Last of Us Part I is more than a ‘re-release’, or a brazenly labelled ‘cash-grab’ by some. Objectively, and most certainly up for debate is its intention to give a new generation of gamers a polished presentation of the title, which first released nine years ago. To put it in perspective, there’s a younger market that have not tapped into the franchise. A demographic that have yet to experience this enthralling tale, but have no excuse as to why they won’t now. I mean let’s face it, there are plenty of yougins that refuse to acknowledge anything released prior to 2015.

While they may be adequately just in some regard, The Last of Us: Remastered still holds up to a certain point, but there is a lacking polish to the game that just can’t touch what was achieved in its sequel. So what are the options to expand, and even extend Part II’s lifecycle? Simply upgrading The Last of Us, giving it new quality of life features, a new sheen, bringing the title up-to-par of today’s standards and essentially retelling one of gaming’s greatest story’s, ever. This is without question, Neil Druckmann’s tour de force – his magnum opus – and while the developer proudly flaunts it, he himself knew the title’s quality assurance was beginning to wane after its sequel. Give the kids a new toy, and they throw the old one away. Well without the first, the second makes little to no sense and was deemed an essential entry point for those looking to play the entire series. So was this release justified? Yes. Without question.

The Last of Us has perched itself across three separate generations, heralded as one of the greatest video games, ever. Inarguably, a story that’s considered a masterpiece of Hollywood Blockbuster proportion. At the time of its release, the hottest ticket on television was AMC’s adaptation of the long-running comic book series ‘The Walking Dead’, and immediate comparisons were made to both its aesthetic and presentation. The Last of Us was not set out to be the stereotypical zombie shooter, but the goalpost for original action-horror adventures. The latter they achieved, and paved a generation’s worth of cinematic masterpieces that elevated this great medium to new heights. Does ‘Part I’ look to achieve this same feat? Not necessarily, but it gives players a new window to peer through, with hope that other companies may consider bringing back classics with a fresh coat. (Please Sucker Punch, Infamous?) 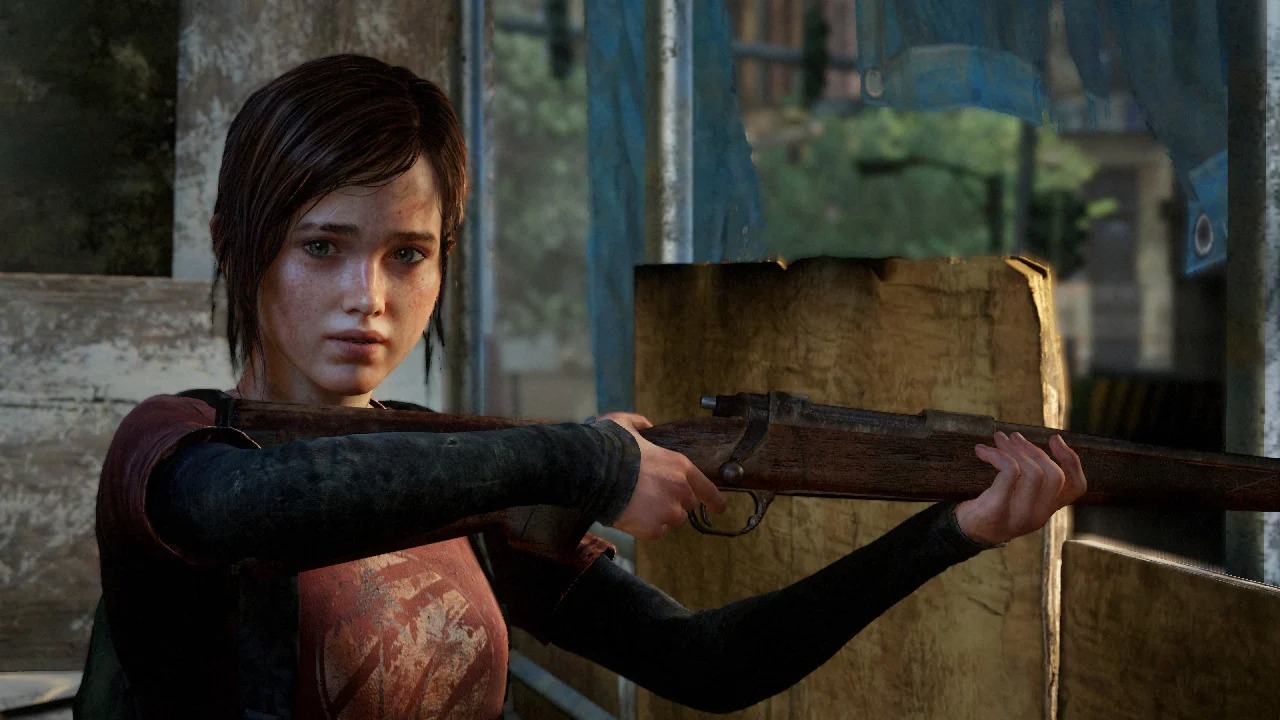 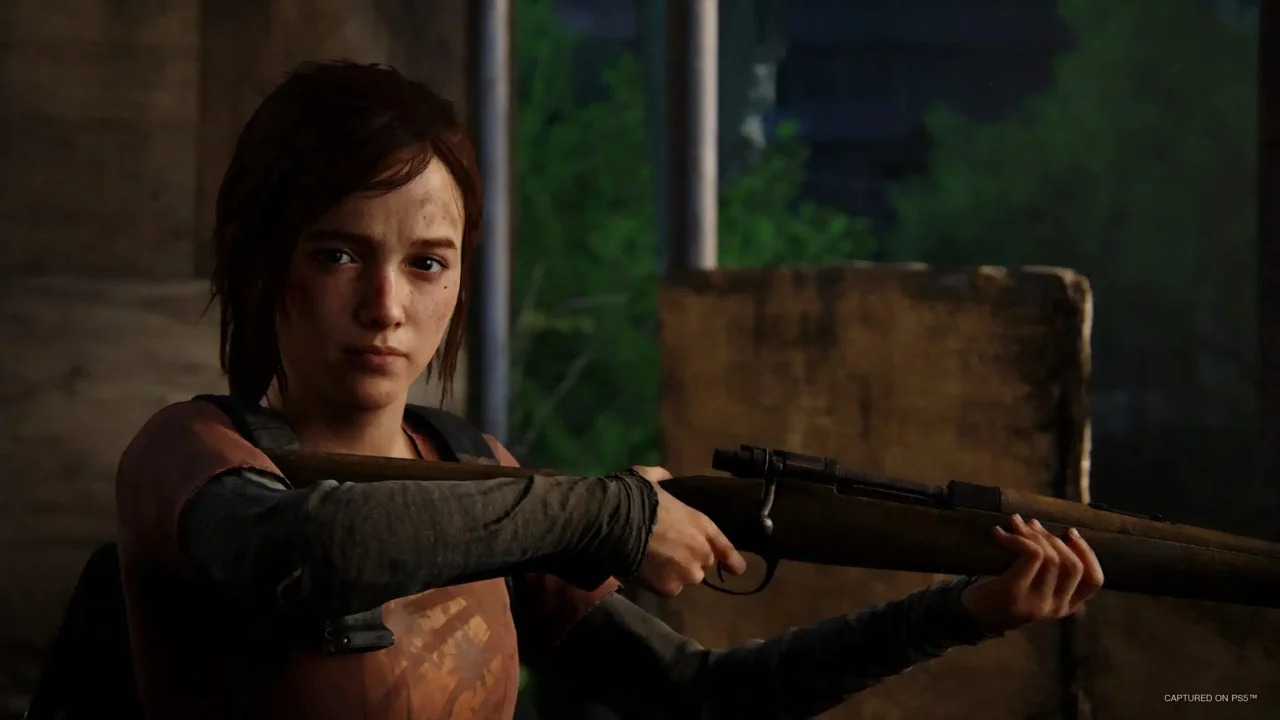 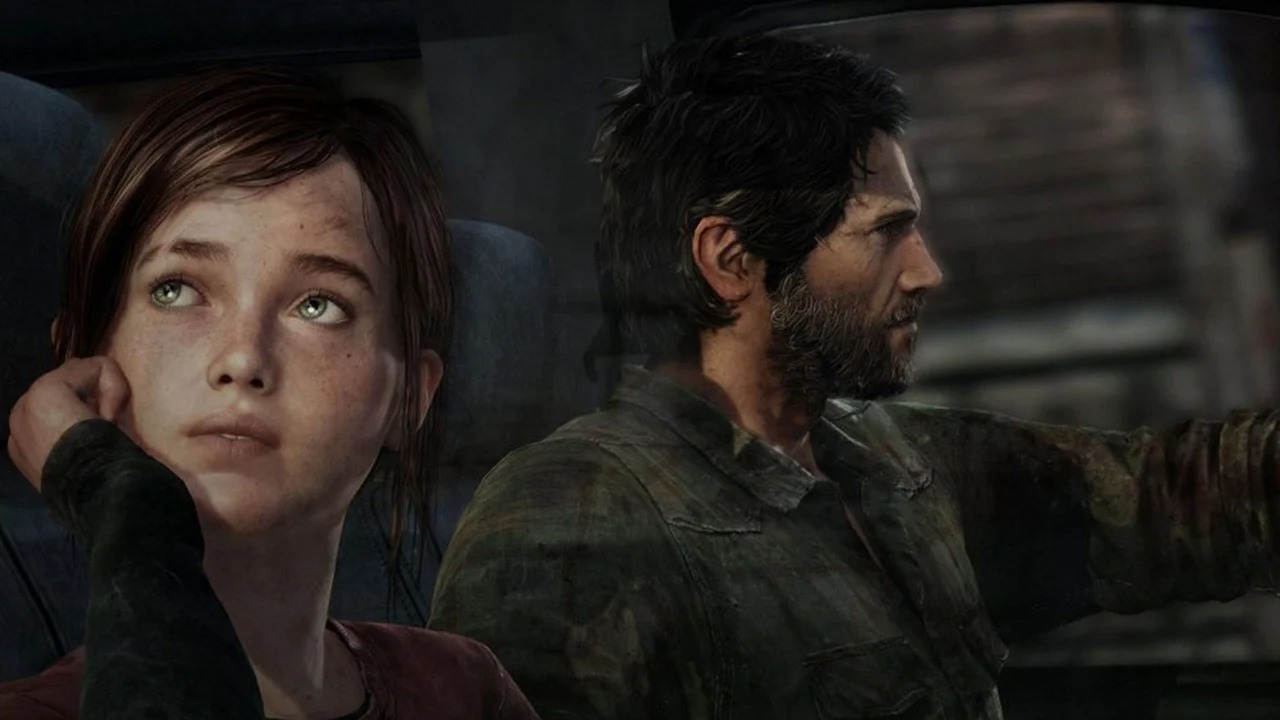 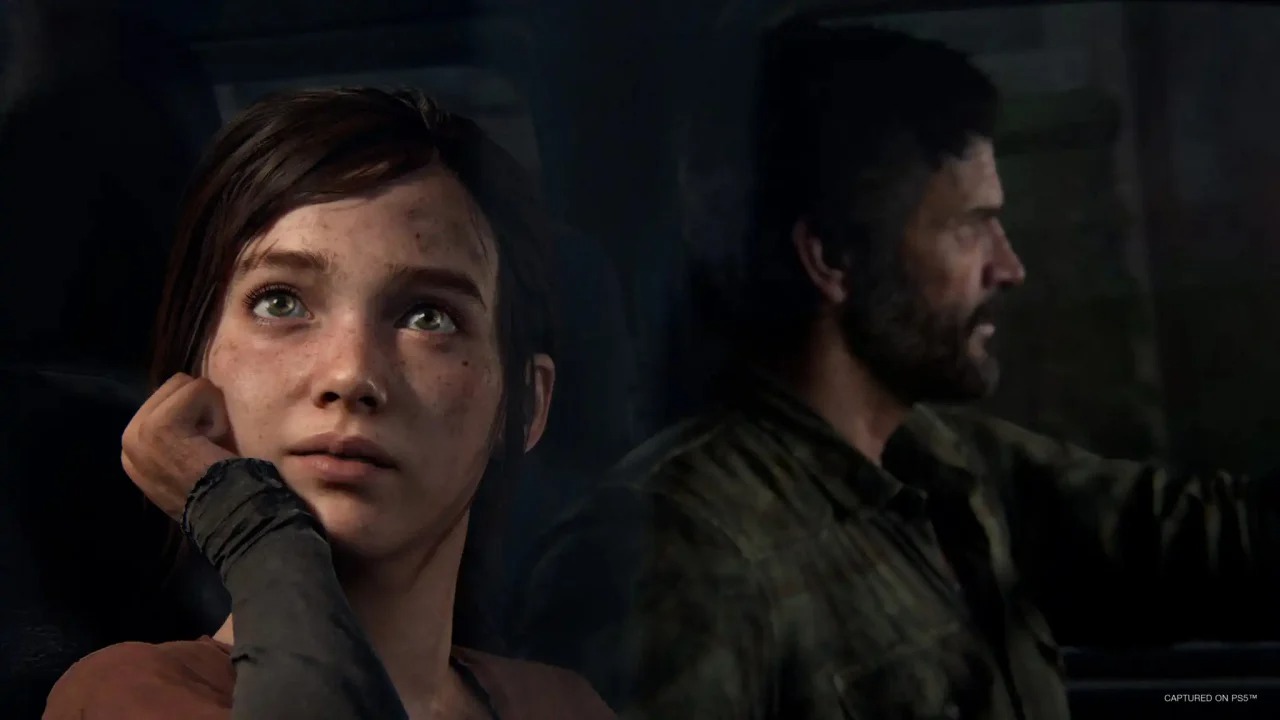 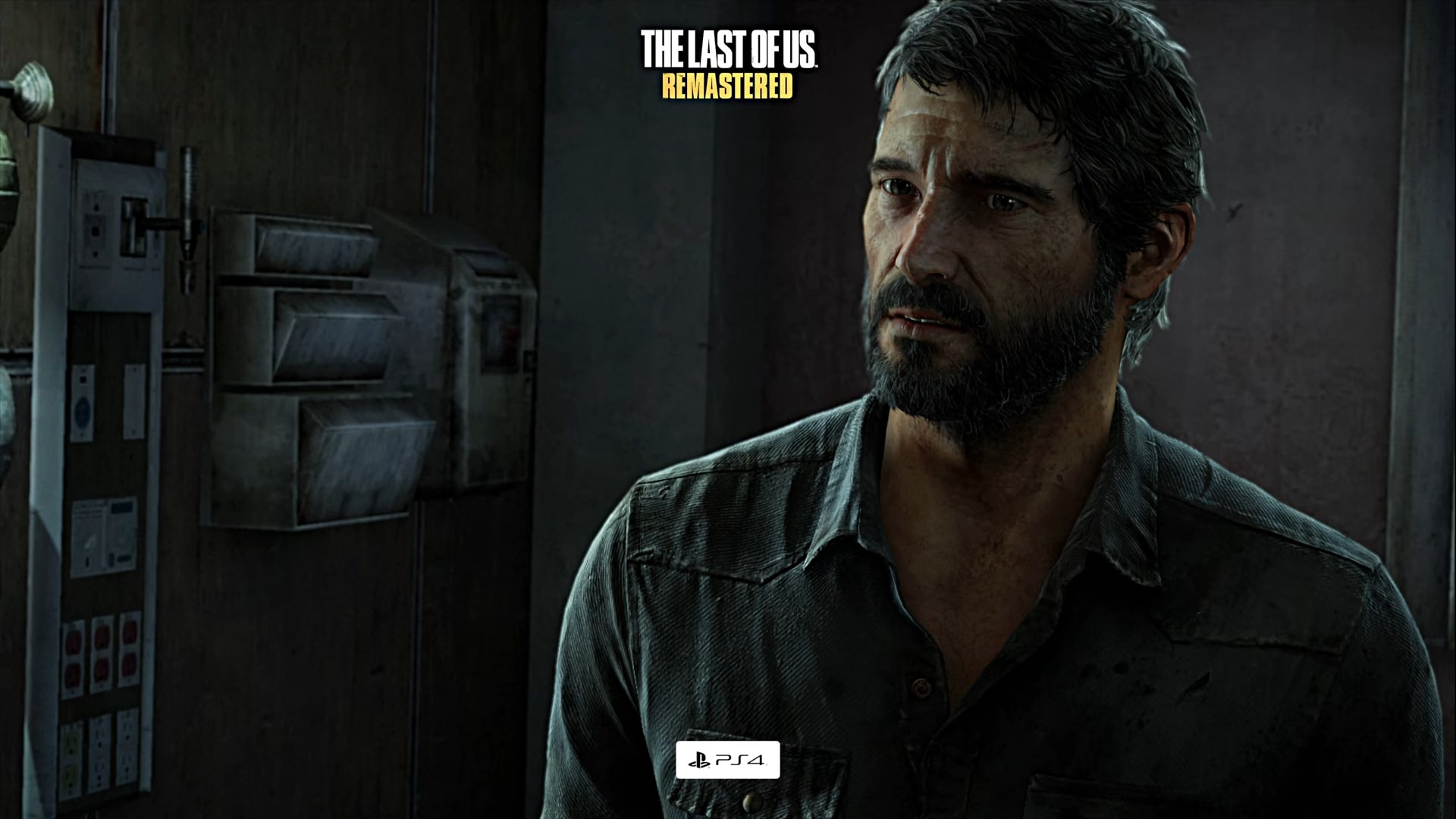 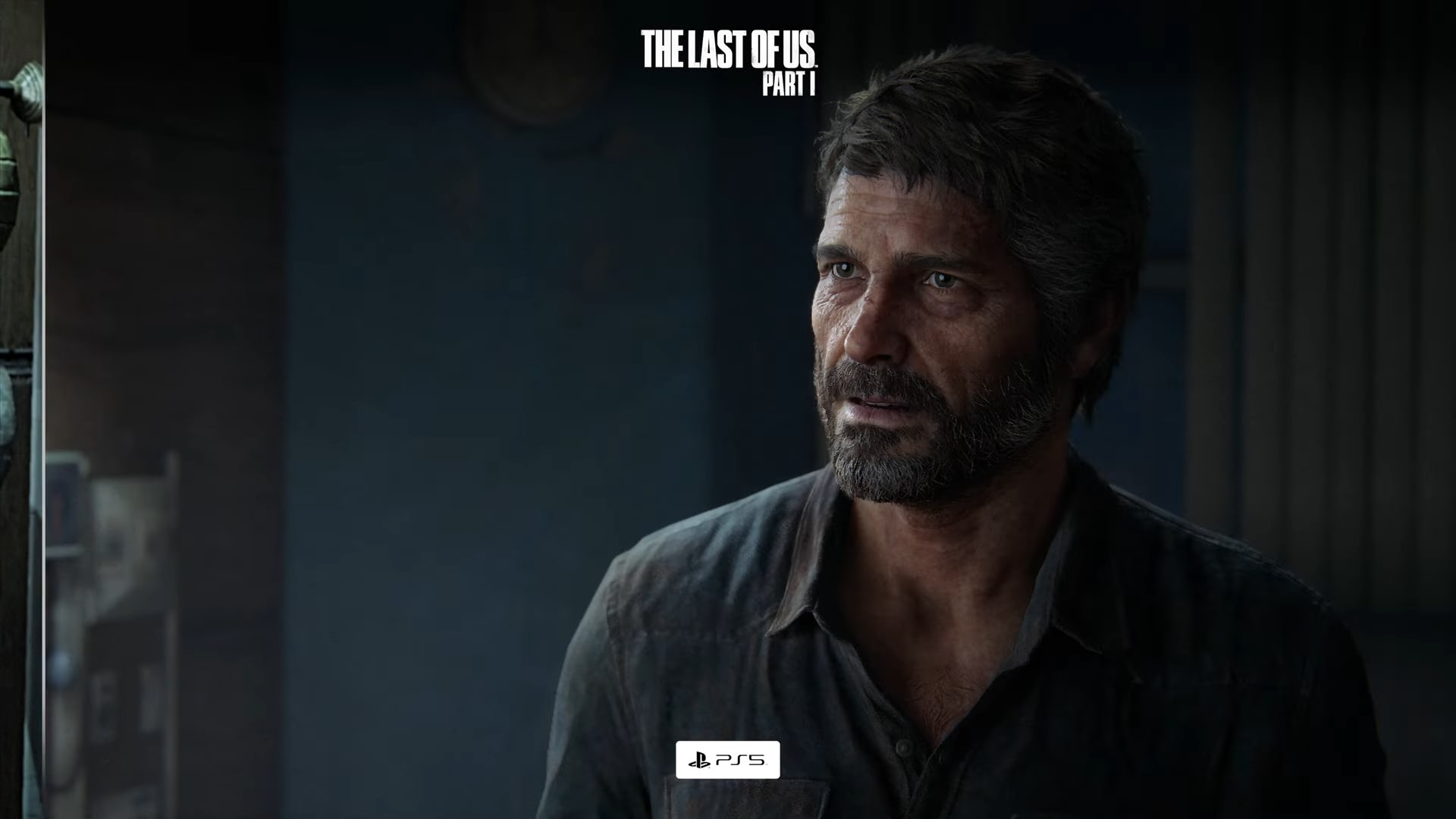 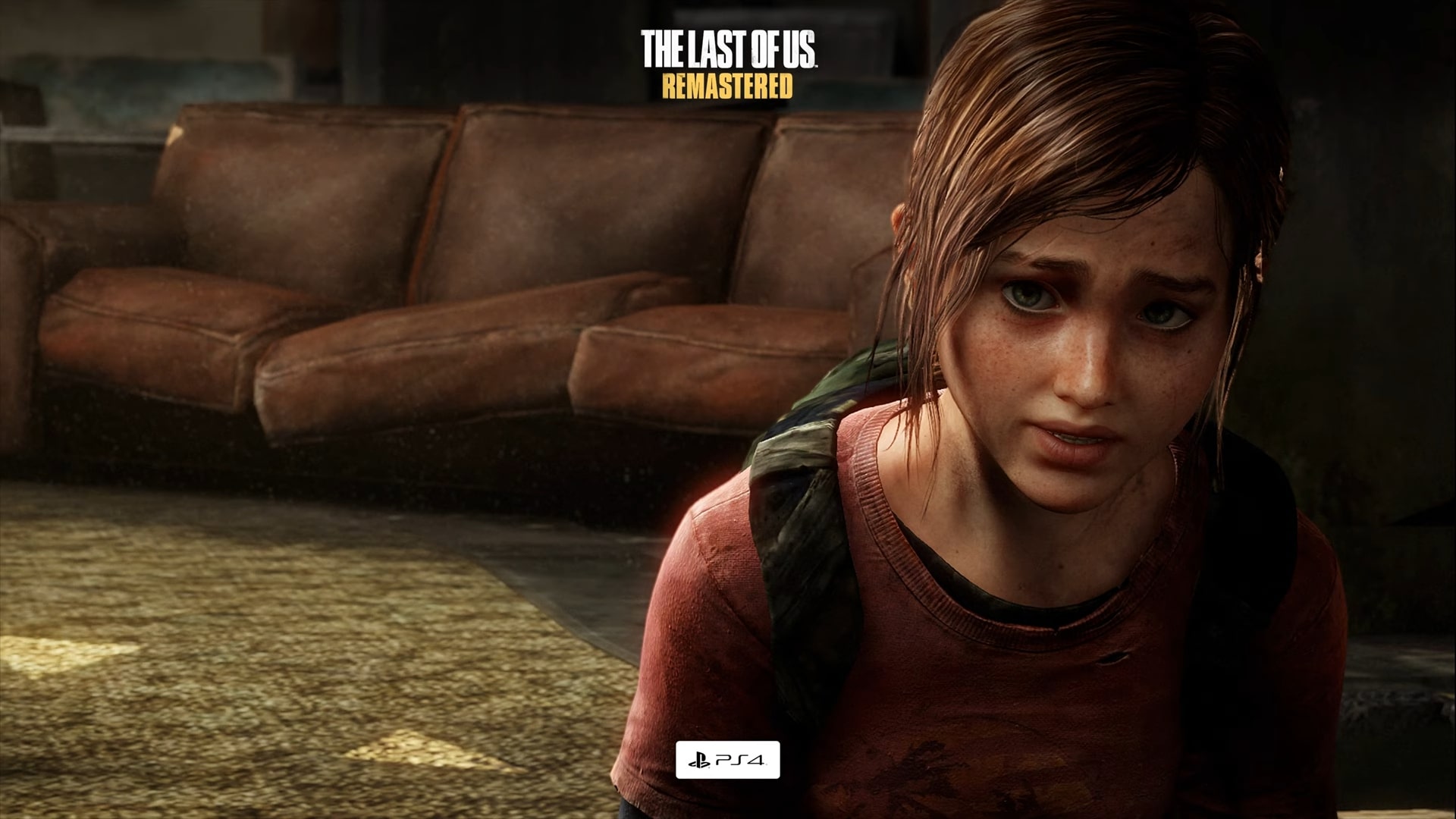 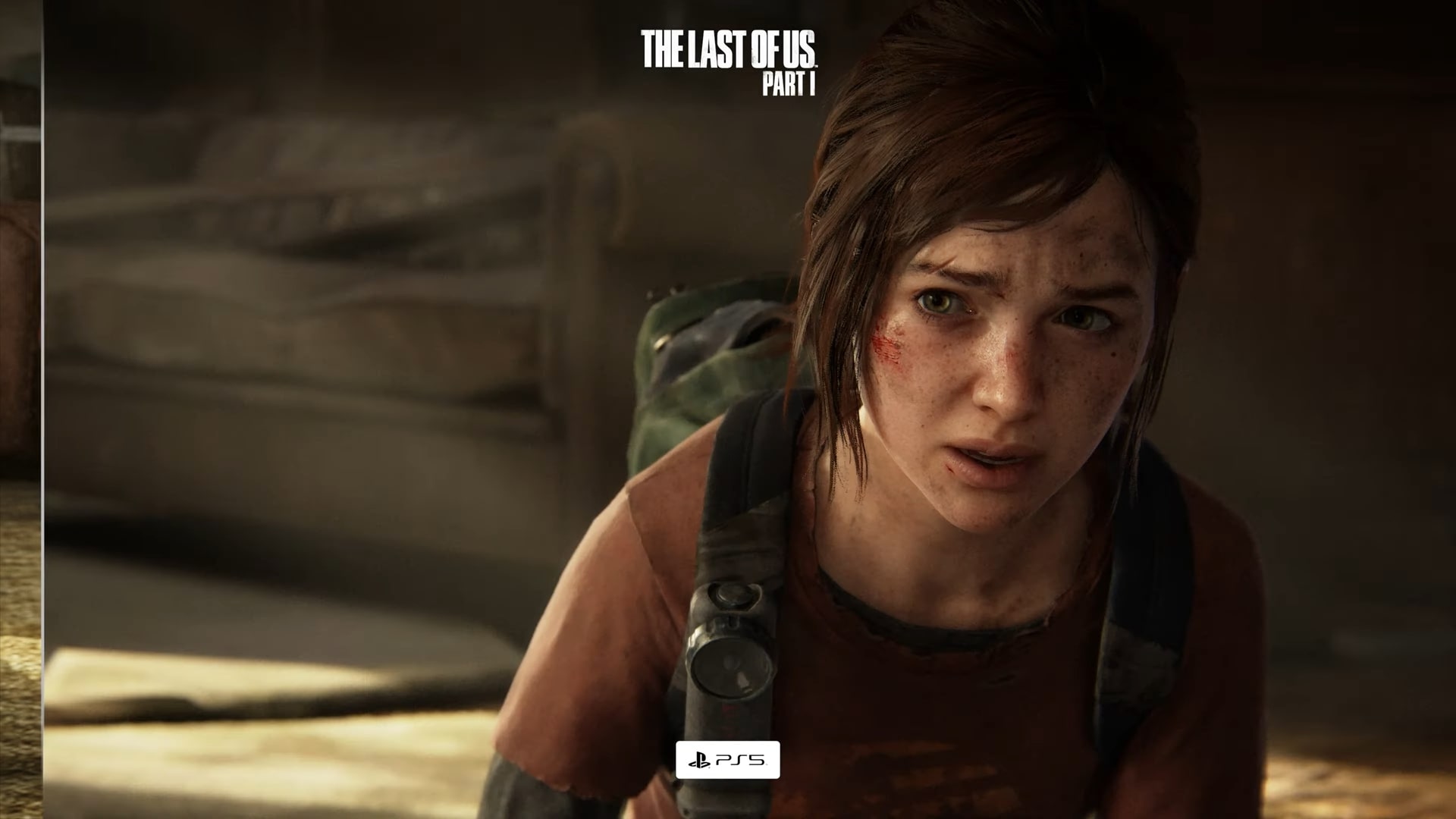 The PlayStation 5 adaptation includes all the bells and whistles expected, in addendum to the title’s pre-existing foundation. Haptics and Adaptive triggers play a big part in how you investigate your surroundings. Trembles and stomps are signified in a stereo-like rumble that helps the player determine where an enemy attack may be approaching from, with different sensations such as stepping into shards of glass delivering a crunching sensation in the base of the Dualsense. Then there’s the different types of weaponry that are distinct in how your trigger will act, and how it will make your controller recoil or feel for that matter. Handgun will have a smooth and rapidly fast sensation, but a shotgun will feel heavy and hard as the recoil thumps the base of your palm. Using a shiv on an enemy was not something I was expecting to have my toes curl.

There is the option to change the sensitivity on all these features, even turning them off to give the game its classic feel of straight-up rumble rather than feel. If anything, it’s proven how powerful a tool the Dualsense truly is. At its core, it’s the same game with major graphical upgrades that were questionable from its promotional materials, but still and pictures do it absolutely no justice. ‘Part I’ is insanely gorgeous. Recalling how ‘realistic’ its original was perceived post-Uncharted 2 – and may I remind that this game was built off Among Thieves’ engine which is astonishing to think about – The Last of Us Part I breathes a new sense of character and emotion through its plentiful pre-rendered featurettes that have re-modelled and re-textured its beloved cast and universe. Is it a complete overhaul? No. But it’s enough to make it feel new.

it remains to be a hallmark, a staple, a cornerstone and a gold standard. The Last of Us Part I, is unquestionably essential.

The title retains everything seen and said from the original with minimal changes – if any they weren’t noticeable. My only qualm with the title is some aging made to adult characters, and while I can understand the motive behind doing so, Joel and Tess were the only two I could place some criticism in their new looks. Ellie on the other hand had her teen model recycled from The Last of Us Part II, which is completely fine and if anything necessary here to match what the sequel was presenting. It’s interesting to see how different the models do look side-by-side. Yes, there will be naysayers that will criticise it for being ‘the same thing’, but it’s simply not the case. The updates made here are essential for antiquated technology that processed and rendered these character models and its world a near decade ago. It was fine, but if you were to pick up either the original, or the remaster for PS4 and run it back, it’s aged – gracefully might I add, but not like a fine wine.

✔️Spine-tingling, scintillating, and emotionally turbulent. The Last of Us Part I’s masterclass in writing and performance prime’s itself for an epic renaissance in this remake.

✔️Re-Rendered, Re-Textured, Re-Immersed. The world around you will leave you in awe, while expeditiously traversing its many environments.

✔️One of the greatest video games, of all time. No questions asked.

❌ Some camera bugs that are expected to be patched by launch.

Expertly demonstrated, The Last of Us Part I’s seamless transitions between pre-rendered to in-game cutscenes are akin to what Uncharted 4: A Thief’s End bought us, aided by the PS5’s power and use of a Solid State Drive to strike-out any load times that had existed previously. While it remains to be seen if this is retained on PC, the PS5 handles this remarkably without any framerate dips or texture pop-in. There are some slightly questionable disregarded features that are only picked-up if looking under the lens, but its nothing that the casual gamer with gawk at. The one bug that I had issue with was the in-game camera randomly pointing itself upwards. I knew this was a problem with the title when having the Dualsense connected to an input display and the camera would move without having the right-analogue stick registering movement – had to make sure it wasn’t the controller bugging out.

Beside that, there were some stealth issues that had seen overlooked, with AI not perceiving NPC counterparts in the area. Whether it was Ellie, Marlene, Tess or Tommy, enemies or the infected would not bat an eye to them unless it was Joel. It does unfortunately take some of the immersion out of the equation, and would love to see this patched in time. Of course, this would take some remapping of sorts to have NPC’s manoeuvre intelligently covert, which from a technical standpoint sounds difficult. Nonetheless, a great portion of the title’s framework remains intact, as there wasn’t anything needed to reassemble. Purely cosmetic in its upgrades, The Last of Us Part I demonstrates an emphasis on emotion evoked from both body language and facial changes. This of course can only be done with the power of the PS5, and the amount of facial tracking technology that may have been banked from motion capture over ten years ago.

You sense the sarcasm in Tess’ dialogue when she smirks slyly at Joel in the beginning, and you feel Joel’s anger more as he scowls at his peers or foes. Again, this may have aided the aging of some characters, but it has certainly improved personalities and a somewhat understanding of how vast a situation may be. The human element of visual compensation through simple movement can be educational, no matter how taxing it is. The opening moments where tears flow from Joel aren’t simply a quick texture overlay, you now see the droplets fall to the earth as a distraught father mourns. It’s a moment that drains the life out of anyone viewing this moment – I know for a fact that each time I view it, I would sit there completely silent and sometimes going pale, it can be a little much to ingest. But this is the aim, and Naughty Dog have unequivocally delivered this tremendously.

Audio wise, the soundtrack and vocals are all retained with Gustavo Santaolalla’s overture solemnly ringing throughout the campaign. The esteemed cast of voice actors reprise their respective roles, with Troy Baker (The Medium, Death Stranding) returning as Joel, and Ashley Johnson (Critical Role, Tales from the Borderlands) as Ellie. Left Behind has also been revamped and included for players that want to explore Ellie’s backstory further, but the controversial omission of ‘Factions’ – The Last of Us online multiplayer feature – will have some questioning why this was the case, while the remastered version remains online, so not a complete loss just a confusing choice. But the missing mode does not take away anything from the title’s quality assurance, as most gamers that pick up the title will be looking for the campaign’s impact, rather than the multiplayer’s tedious and somewhat cumbersome gameplay.

The Last of Us Part I is the perfect way to play, or revisit the first chapter of this masterpiece. There’s no question about where it sits in video gaming, and its legacy that has trailblazed a broad genre into heights never thought imaginable, from a studio never that’s reputation has cemented them as one of the greatest in modern day gaming. It’s not a quick cash grab, but it is a welcome facelift to the title that helped make the last generation of Sony’s platform a raving success. It’s all thanks to this title right here, bringing the PlayStation 3 home, but birthing the PlayStation 4’s stoking hot popularity. Now, it’s even better on PS5 and soon PC, which is unfathomable to even give a thought to. A new generation, a new market and a new outlook for this franchise as it adds on to its growing history throughout gaming, and it remains to be a hallmark, a staple, a cornerstone and a gold standard. The Last of Us Part I, is unquestionably essential.

The Last of Us Part I - PlayStation

0
The Last of Us is a 2013 action-adventure game developed by Naughty Dog and published by Sony Computer Entertainment. Players control Joel, a smuggler tasked with escorting a teenage girl, Ellie, across a post-apocalyptic United States.

Story
10
Gameplay
10
Presentation
10
Sound
10
10
Supplied by the publisher, for our review.
Windows Playstation 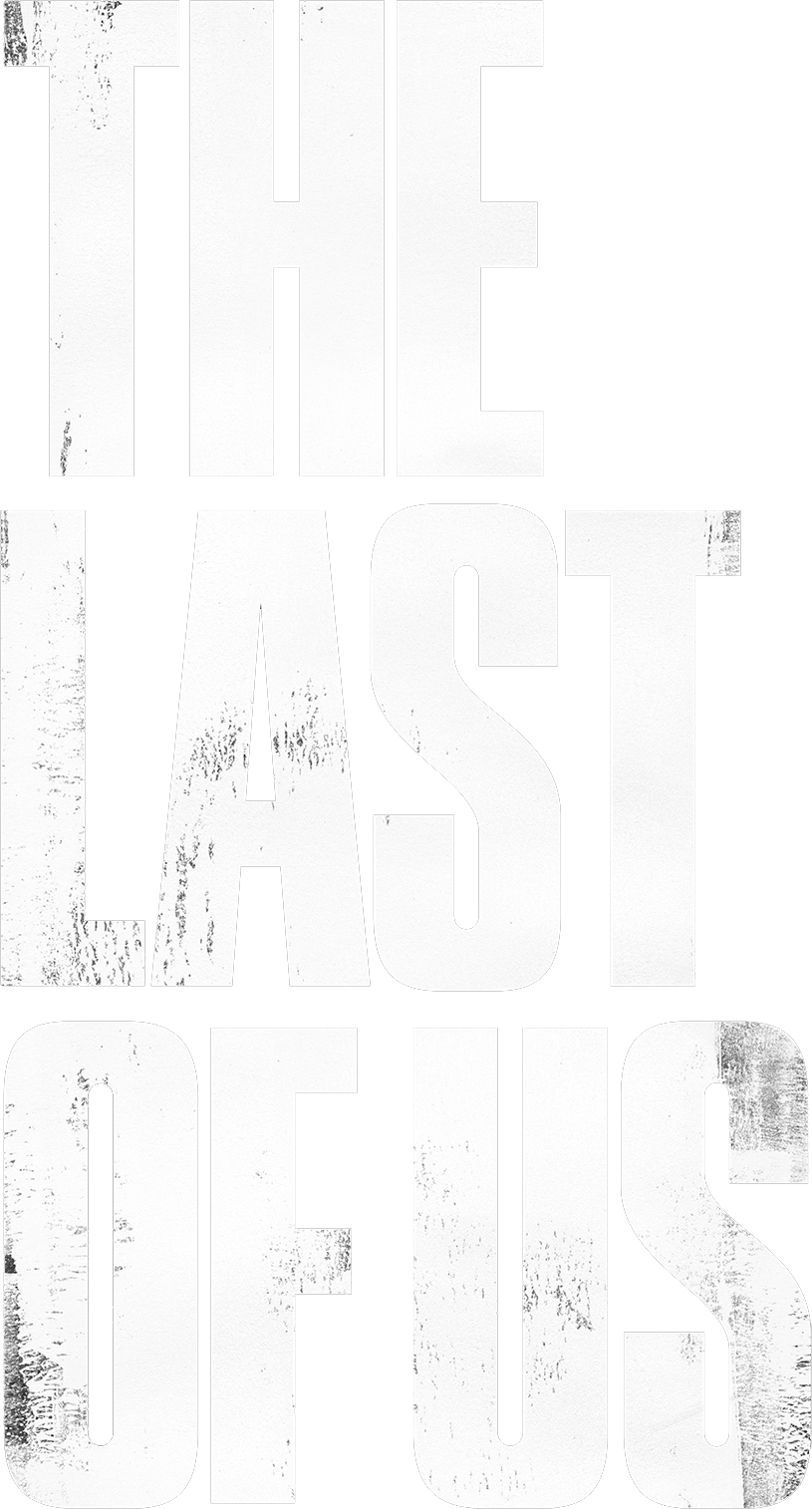 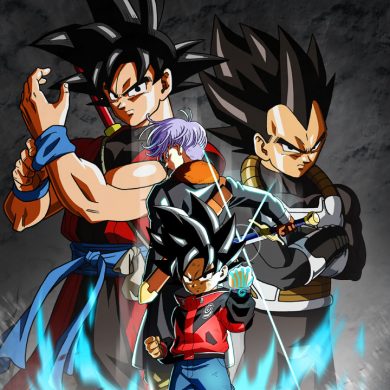