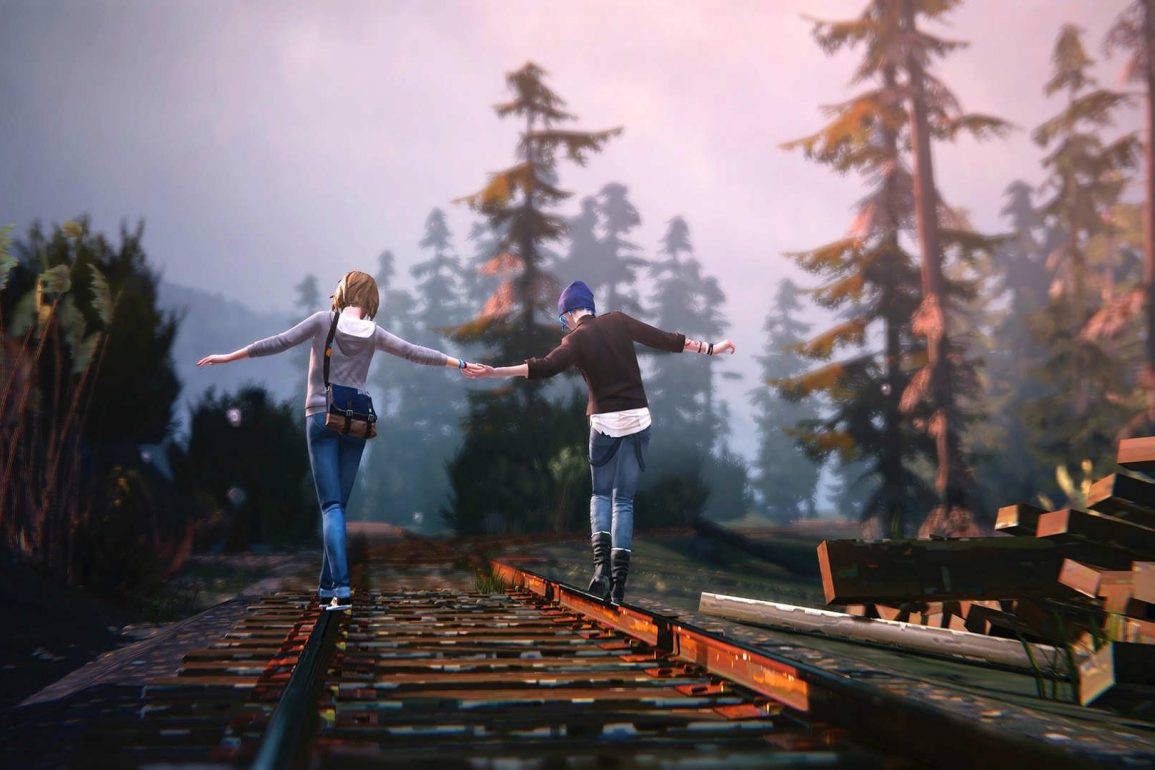 Eight months ago, I stumbled across this absolute gem by chance, but thought nothing of it… at first. I’m not a huge fan of the “point-and-click” genre at all. However, anything to do with Time Travel, or manipulation of time has always intrigued me. It’s something about the whole mystique about time manipulation, and the excitement behind the idea that “it could possibly happen”, but we all know that it’s impossible. As soon as I saw the premise brehind Life is Strange, I knew I had to at least give it a try. Telltale have recently lead the market in the point and click genre with their amazing series of games including The Walking Dead, Back to the Future, The Wolf Among Us, and many others. Quantic Dream have definitely had two major titles put out exclusively on PlayStation platforms that have been a commercial success. Heavy Rain is one of PlayStation 3’s highly regarded essentials, while Beyond: Two Souls fell on it’s a face a little, though still sold a decent amount of copies to make it successful. But have DONTNOD “out-TellTale’d” Telltale? Have they outdone Quantic Dream? Has this small French Independent Game developer, taken what was the DNA of these two great companies, molded them into one, and create a timeless masterpiece?

Life is Strange tells the tale 18 year old, Max Caulfield. The typical teenage introvert, returning from Seattle, to her home town of Arcadia Bay, Oregon, after landing a scholarship at Blackwell Academy, to follow her dreams of one day becoming a professional photographer. The beginning moments of the game, dive you right into what is the main plot. After experiencing, what is believed to be a premonition of the impending obliteration of Arcadia Bay, Max wakes to find herself in class with her teacher, Mark Jefferson and fellow students. It’s from here, everything about this game is important. It may not feel that way at first, but as the story continues, you grow to understand every single little detail put into it. Max eventually runs into an old friend, Chloe Price, the rebellious, blue haired punk, Blackwell dropout, who proves to be an influence on Max’s character throughout the game.

Max and Chloe, rekindle their friendship through odd circumstances, but one that essentially pans out this story perfectly. The story plays out with Nathan Prescott, the young rich kid, who proves to have wealth on his side most of the time, only to find that he’s not all that mentally stable. Nathan leads a life of partying and drug dealing, which is where Chloe, comes into the mix. After some bad deals with Prescott, Chloe finds her life in danger, and this is where Max, finds that she can shift time, and alter events. With this, Max and Chloe, soon use this power to their advantage to investigate what has happened to missing Blackwell Academy student, Rachel Amber.Navigating through Blackwell, as well as Arcadia Bay, Max is presented with choices that you will ultimately make. At the beginning of each episode, the player is reminded that each choice made through out each episode will impact your story going forward, so choose wisely. The point of being able to choose, review your choice, and then choose whether or not that was the appropriate choice to go with, gives you the ultimate sense for judgement, which is something that Telltale don’t let you take power of. Being given the choice to wind back and re-think your strategy in a point-and-click definitely gives players a fresh take on the genre, though Max’s powers aren’t always for choice purposes. You will find that there will be puzzles, objectives, and hazards, that use Max’s rewind power in great ways.

The best way to compare this game, is a crossover Veronica Mars/Donnie Darko Indie movie. It’s part sci-fi, mystery, drama, and thriller. The story touches on base with many genres and emotions, and keeps you gripped right until the end. It can have it’s moments where the writing could have been a little more polished, but you get the idea of what’s happening anyway. The game definitely can seem at times harmonious, but can skew right into moments of despair and uncertainty. The music in the game is one of the definite highlights. If there is one thing that hits the nail on the head here, is the soundtrack to the title, which sets the tone of each segment. The soundtrack is really well done, with most of it being subtle acoustic tracks, that really do give out that relaxing, Indie-Movie feeling.

Even though the character model work wasn’t the best, as it did seem at times a ventriloquist was at play with these characters, the voice acting in this title, really showed how much of a passion project this really was. Hannah Telle, did a tremendous job as Max, really making you believe that she was the confused introvert, that she was portrayed to be. As well as Ashly Burch, who was awarded for her work as Chloe Price, with Best Gaming Performance at the Golden Joystick Awards in 2015. It just shows that even small, Indie games out there, can prove to be some of the biggest at heart.

Now, I will conclude by saying, Life is Strange has been the hardest game that I’ve ever had to review. Why? Because you can’t really review a story driven game, without actually telling the story yourself. It’s a game you have to play, and experience for yourself. It’s an amazing tale, just as I stated in my review for chapter one, it will remind you of a classic novel, that you may have read back in primary school, or early high school, that will keep you eyes glued, and mind thinking. I remember finishing the game, and for the whole week, all I could think about was how amazing this game actually was. I had been through a lull-period with gaming this year, but Life is Strange, truly re-invigorated what I love about gaming in 2015. A passionate tale, about great characters, with great gameplay. It’s seriously, a must play.