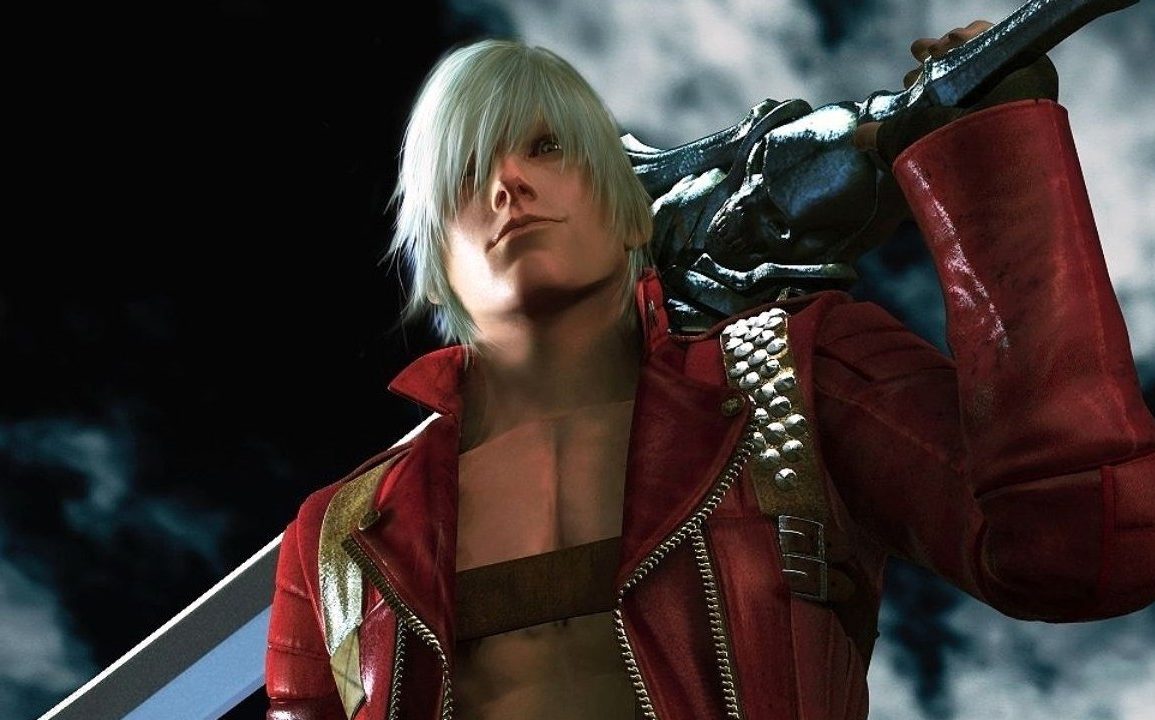 So let’s call it right here, right now. Devil May Cry 3 was the best entry in the trilogy released on PlayStation 2. I think that’s the general consensus among fans, and the fact that we now get to revisit what bought this franchise back to the dance from its poorly received prequel, on Nintendo’s hybrid handheld is fantastic. Devil May Cry 3 Special Edition belongs on the Nintendo Switch. I cannot stress how great it was to dive back into this origins story that seemingly tried to reboot and revitalise interest back into the series at the time, and yes they did so remarkably well. Devil May Cry 3 revolutionised the hack and slash genre, changing the core mechanics of its previous entries that took inspiration behind its purpose of being a Resident Evil sequel. Instead we now have a broader scope in weaponry, and a wider scale of its conceptual level layout that allows players to ply their excellent combos and paint their canvas in layers of demon blood, right to its fundamental upgrade system that will have you salivating. While previously ported to other platforms, there is no doubt that our favourite demon slaying, silver fox has found his rightful place in our hands with what is the best port of Devil May Cry 3. I could understand the hesitance to jump into a PlayStation 2 game in the year 2020, as titles from its generation did age quite poorly. However, let me tell you how timeless Devil May Cry 3 truly is.

The Devil May Cry franchise has always prided itself on being the King; the cornerstone of the hack-and-slash genre and with good reason. While there had only been a handful before it, none ever came close to the sheer quality and fluidity the ‘DMC’ franchise delivered. Series creator Hideki Kamiya always had a vision for DMC to be the ultimate cinematic action title that would surpass the standard Anime inspired, “Shounen” type sword-play adventure game. When Director Hideaki Itsuno, and Producer Tsuyoshi Tanaka took reigns over the entire series, their vision was to rebuild it from the ground up, giving players the opportunity to understand their vision of Dante and his backstory while staying faithful to Kamiya’s original vision. Devil May Cry 3 set out to achieve groundbreaking gameplay, delivering what we all loved about the first entry of the series but expanding on it’s world in a delicate but detailed way. Taking Dante and turning him into the ultimate combo breaking machine with stimulating sword play, and incredible interactive’s with an amazing story to boot.

It was a recipe for success, that would bring the series back from an untimely impending doom it was facing after the second entry was panned by critics. Everything we have come to love about Devil May Cry’s modern entries (and yes, even Ninja Theory‘s entry) stems from this title. Devil May Cry’s first entry into gaming may be historic due to it’s controversial development cycle, but it was DMC3 that laid the foundation for its true success story. While at first, the title will  a little rough around the edges for what we have come to expect from the standard on Nintendo Switch. However, understanding that this is simply a port of the original title with some graphical tweaks applied will surely have fans of the franchise appreciating publishers staying true to form on their promise on delivering the ultimate version of DMC3. The only question I had here, would have been why they decided to stick with the 480p, pre-rendered cutscenes that look to be lifted directly from the PlayStation 2 and stuck into the game? I re-render of the introduction video and various other pre-renders would have been a massive plus here.

For newcomers, Devil May Cry 3 is an action-packed demonic gore-fest that leaves those with an intense bloodlust for killing overgrown beasts ultimately satisfied with excellent sword and gunplay. The title starts with Dante establishing his business, which had yet to be named at the time. He is approached by Arkham, a mysterious figure who asks him to accept and invitation that has been sent out by his twin brother, Vergil. After Dante whimsically tells him his disinterest in seeing his brother, Arkham takes the opportunity to land a gang attack with a sprawl of demons surrounding his office. After defeating the hoards of monsters, Dante senses Vergil at the top of his building in which he clarifies that he accepts his brother’s challenge. After unleashing more demons on Dante, Vergil then disappears with his brother endlessly fighting off each beast until a woman riding a motorcycle tries to attack Dante, in which we learn is Mary, Arkham’s Daughter. Mary explains that she is seeking her father for the revenge of her mother’s death. She then tells Dante to be weary of Arkham as he seeks his half of his mother’s amulet which Dante carries that connects both the human and demonic worlds.

Devil May Cry’s breakdown has remained consistent it’s entire run. You’re granted a set of missions, those in which you will perform platforming and puzzle solving while enduring intense battle sequences with hoards of demons, or mini-bosses. Upon each levels completion, you are graded from D, C, B, A, with S and SS as top marks. If you are a completionist and spend as much time possible grinding throughout each mission, you will accomplish a higher grade. This is all tracked in real-time while hacking and slashing through each hoard. A meter will gauge your consistency and combo rate, the longer the play the higher the score. “Dope, Crazy, Blast, Alright, Sweet, and SShowtime and SSStylish” are given within an individual battle sequence with the letter grade at the end of the level giving an aggregate on your entire performance. Using the “Devil Trigger” allows Dante to assume his demonic form, enchancing his abilities, increasing his attack and defense and restoring health. Devil Trigger is metered by a gauge and will only last a limited time once activated.

Another improvement from the its previous entries, is Dante’s ability to choose betwen four different combat styles. Each style will have its own unique focus and technique to engage with different demons and bosses. There will be a purpose for each style, so be sure to grind and learn a little with each. The Nintendo Switch version of the game also allowed players to switch styles during any point during combat, which was something that fans were a little disappointed by in its initial release. However, now with the freedom to switch out Dante’s approach anytime you choose, give’s gamers the utlimate freedom and choice to learn and layout their combo stacks on multiple monsters. Trickster allows for better dodging skills; Swordmaster strengthens your weapon play; Gunslinger is self explanatory; and Royal Guard reinforces repelling capabilities. Two additional skills are unlocked later in the game, but I’d rather leave those to the imagination as they can and will impact your time in the title’s insane plot.

For a PlayStation 2 title, it’s insane how good it looks on the Nintendo Switch. I do remember it looking great on the PlayStation 3 in the HD Remaster, but damn does it look solid on the smaller screen. Yes, pixel density does wonders and plays tricks on the eyes to make things look better than they truly are, but this really looks appealing. There is a certain pride and initiative that the Devil May Cry franchise has over others that bask in its ability to be graphical eye-candy to those who love intricacy and detail, and there is no lack-there-of present here. I will say, playing this on my TV was also a joy. Don’t get me wrong it is evident that it’s a 15 year old title, but can play like it belongs in the current generation of gaming. DMC3’s official soundtrack retains a very 2000’s arcade type of appreciation, just as its presentation does entirely. Jumping into battle and appreciating the slow tension-build of electronica rushing to your ears right into it’s heavy rock builds a suspense that only this series can deliver. Hacking and slashing with pulsing beats flooding through it’s incredible rage will be something memorable for players to experience.

Devil May Cry 3 Special Edition for Nintendo Switch is a must have for lovers of this adored action series. There is no question that this retro revisit that revitalised a generation of gamers to be head-over-heels for its insane action, and beloved characters made for one hell of an experience. I had a rush of emotions playing this title right to the end that could only be described as floored. I was floored by the fact that I was enthralled by it all over again. It takes a lot for a retro title to engage me these days, but DMC3 accomplished this with ease. It’s intense, it’s violent, it’s emotional, it’s insane, it’s gory, it’s bloody, and it’s full of heart. It’s hard to dissect this title piece by piece and explain why Devil May Cry 3 will always be one of the best of all time, but it truly is. Without it, we would not see the success stories of many major modern hack and slasher’s such as Bayonetta, Dynasty Warriors, Darksiders, Castlevania, No More Heroes, God of War, Heavenly Sword and many others. Devil May Cry 3 is still the staple of the hack and slash genre, and will remain one of the greatest action games of all time.

Devil May Cry 3: Dante’s Awakening, known in Japan as simply Devil May Cry 3, is a hack and slash video game developed and published by Capcom, released in 2005 for the PlayStation 2 and ported to Microsoft Windows in 2006. 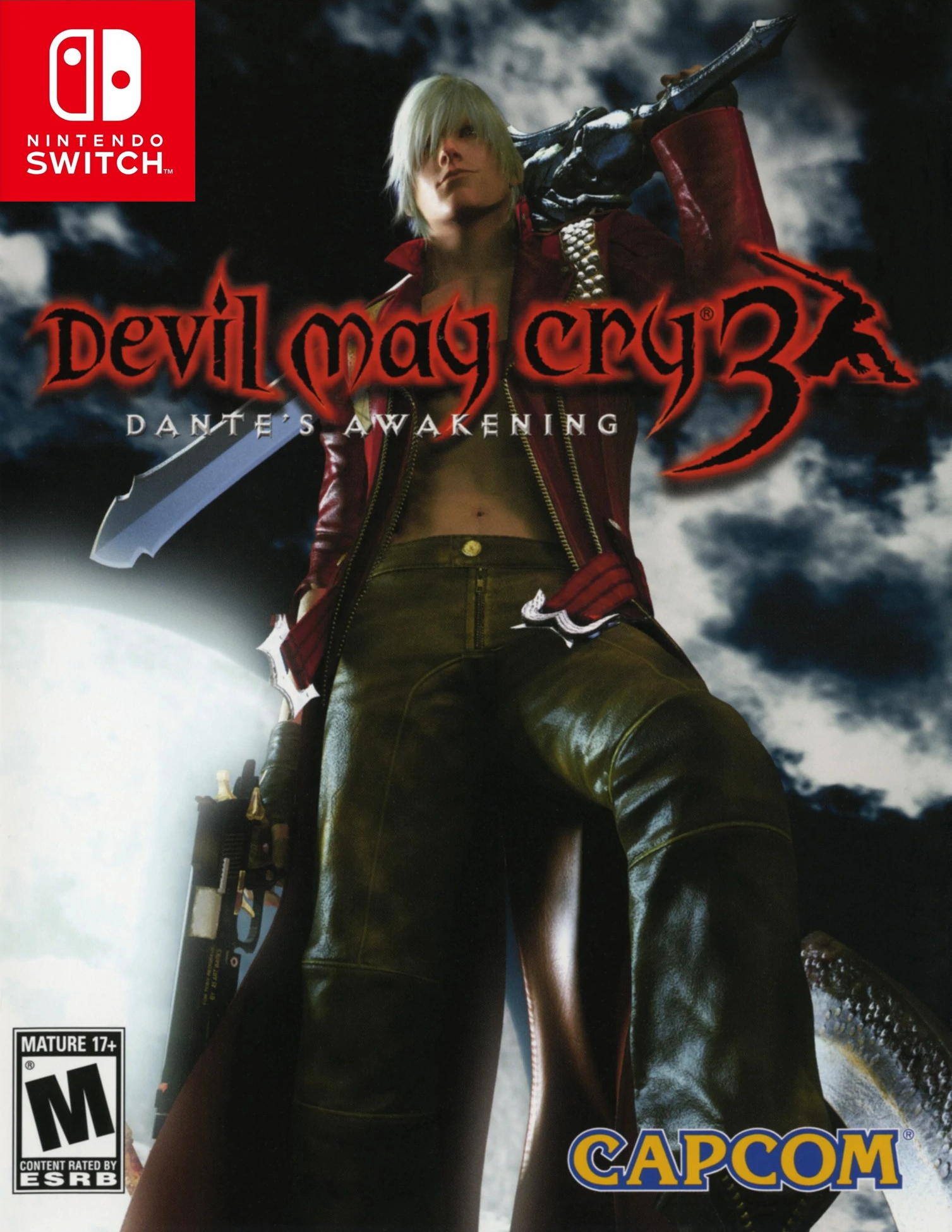 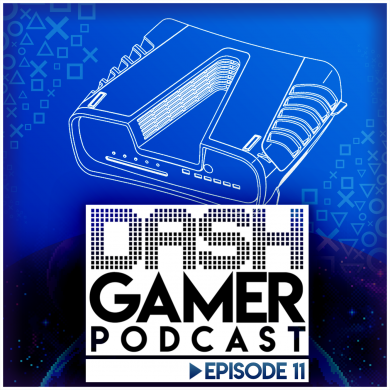