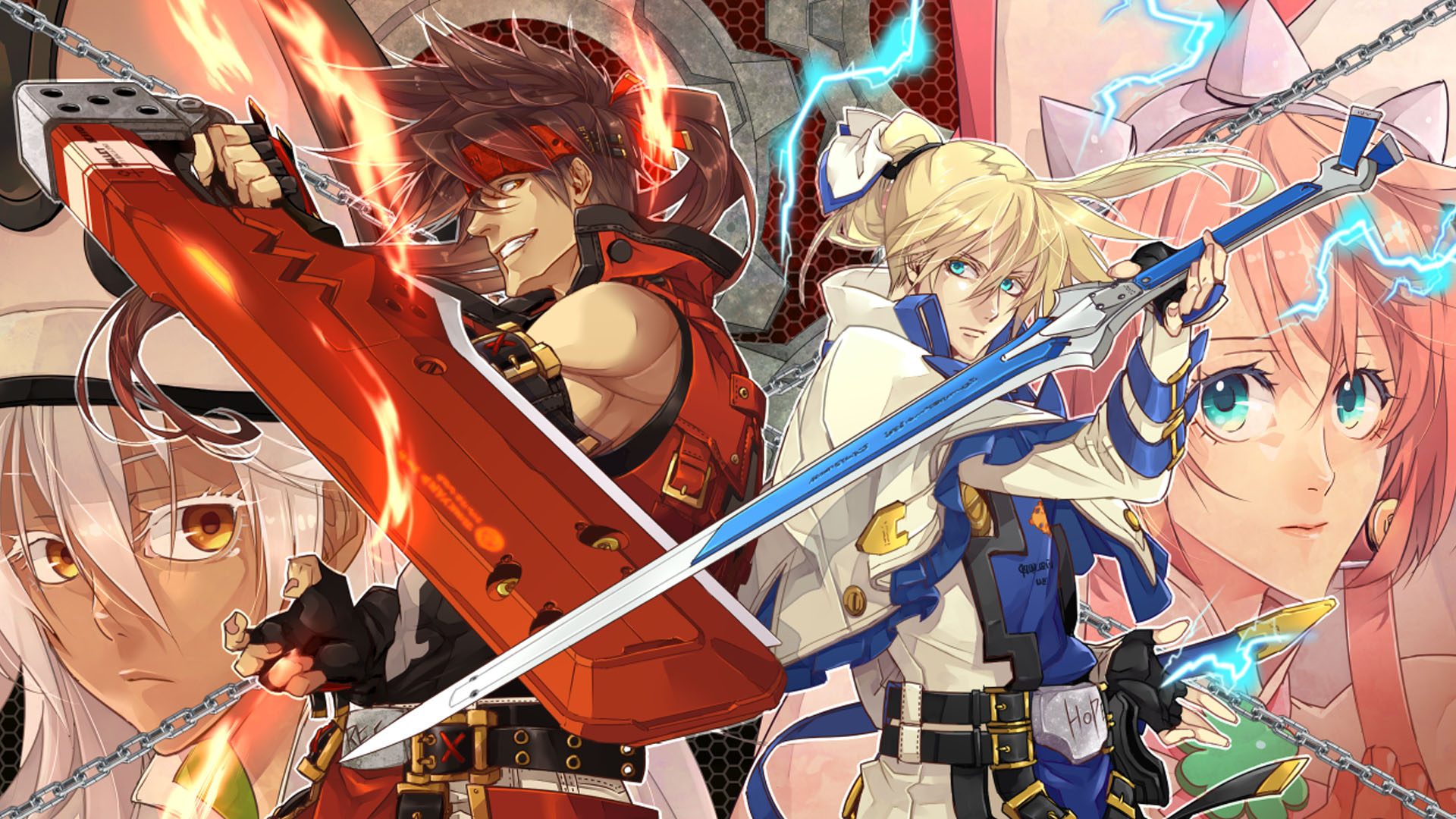 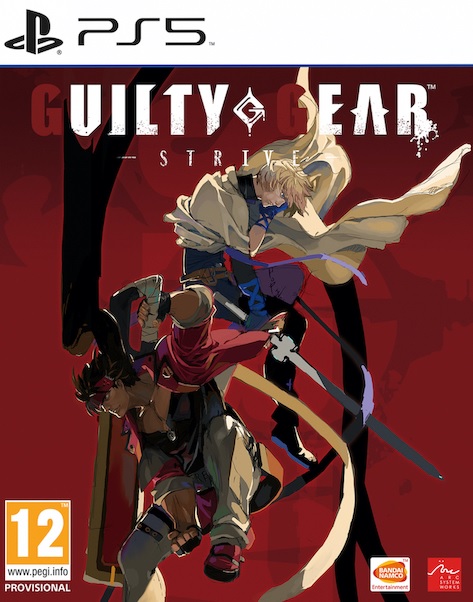 I’m going out on a whim here, but Guilty Gear Strive may well be the best fighter of 2021. Oozing an aesthetic rich in Japanese animated beauty, and mechanics that make this fighter one of the most accessibly smooth experiences within the complex genre, Strive’s course to adapt and recall its heritage connects its lofty lore and gameplay loop into the ultimate exhibition. Arc System’s dedication in preserving their legacy, has notably heightened, inspired and pushed other studios in re-evaluating their respective franchises, but Guilty Gear has continued to march itself as a numerator in the insanely popular Fighting Game/esports community. The franchise has had a turbulent history in maintaining status-quo with its own diverse player-base, but Strive does exactly what its subtitle describes, in hopes of revitalising its renowned ingenuity.

Question is, with a slew of fighters that have grasped evolution in arcade gaming, and have adapted an individuality in demonstration, whether its design or mechanics-wise, what could Guilty Gear boast that other titles haven’t? The Yokohama based development studio’s prevalent use of Unreal Engine 4 has distinguished its own style that has mastered some of the greatest titles in the last decade including; Dragon Ball FighterZ, River City Girls and The BlazBlue franchise just to name a few. However, there’s grandeur in what developers were seeking in Guilty Gear Strive. High praise from fans and critics saw Arc System accomplish an astounding feat within the genre for the aforementioned Dragon Ball title, translating the illustrious Toriyama series to one of FGC’s most adored fighting experiences, but Strive looks to pick up the pieces where GG Xrd left off, while borrowing facets from DBFZ and its predecessor in hopes that it could change series fundamentals.

Smell of the Game...

Guilty Gear has always prided itself as alternative form of combat gaming, with the stylish and sophisticated meld into an extremely expeditious and sleek string of arcade action. While it maintains a minimal approach in variety from its beginnings, Arc’s developer “Backyard” has promised extra content to be delivered within the first month of its release. However, that does not necessarily mean what’s on offer isn’t enough to whet that appetite. Entailing an assorted roster of beloved mainstays, the game itself is unequivocally a love letter to its dedicated fanbase that has stuck by its niche appeal. Thirteen familiar faces and two newcomers demonstrate their unique repertoire, combining melee combat and quirky artillery that some equip. Have you ever fought an adolescent that carries an anchor for a weapon?

Guilty Gear’s brute force nature encases disparity between its roster’s attributes, highlighted by their abilities and difficulty. Ranked with a star system that details their respective accessibility, each character’s “Ease of Use” will bear a balance for either newcomer or dedicated fan; The higher the rank, the easier to use. As appealing as it may be to select Faust on first go, his design is purposely built for fans that have poured countless hours into the franchise. If you’re unacquainted with the series, it’s best to begin with May or Ky Kiske – two of the title’s most reliant and accessible. However, if you feel that your dextrous nature could tale up the challenge of portraying Zato-1, then by all means. But I would urge those that are looking to fan the flames of this foray, by initially taking the fight to the multiple single player modes on offer.

The traditional Arcade Mode selection is on offer for those looking to tear through a tower of singular rounds, while Vs. CPU allows you to customise the exhibition by choosing which characters partake in your personalised sparring. Survival delivers an endurance mode which throws the player into the deep end. An endless barrage of concentrated combat designed to grind, and record your performance. By barrelling through the roster until the bitter-sweet end, you’re given a report of overall achievements which tell the tale of the tape. A showing of discern in certain skills like Offense, Defense, Technique and Heart will aid you to balance your approach. Strive’s Dojo will train you to become acclimated with the basics of each character in Tutorial, while Mission mode up’s the ante by carefully instructing those hopeful in performing a flurry of feasible combinations.

Guilty Gear Strive is set to change the game, by pushing through the conventional combat archetype that has been dominated by associated fighter's within the category.

The franchise has established its integrity around an aesthetic unmatched to those that have sought to match Guilty Gear’s profound allure. A distinct quality in audio-visual that seeks to elevate its exposition above the rest, resonates throughout its library of releases and re-releases. But Strive takes it above and beyond what has capsized a mastery in morphing hand-drawn Japanese animation to technical marvel. Series creator, developer and lead designer Daisuke Ishiwatari, has managed to manifest his vision with his litany of talents. From illustrating artwork to composing the title’s soundtrack, every corner carved out in Strive has been concisely coerced in displaying a merriment of beauty, accompanied by an incredibly rocking overture – quite apropos from each battle’s onset which is aptly initiated with the all-time classic “Let’s Rock!”.

✔️Balance is key. Does an incredible job training newcomers to the niche franchise.

✔️Soundtrack is marvellous. Coincides with the gritty allure Strive attains.

Guilty Gear’s complex history comes to a head in Strive. A biblical catalogue is amassed within the game for those that are looking to investigate the franchise and its lore before escaping into its campaign. It’s not the most alluring way to invest your time, but it’s detailed analysis and mapped story-tree are an impressive way of summarising 23 years in one swoop. Now for Strive’s story mode, expect to be entertained by a lumpsum of exposition and dialogue that is delivered in a series of sequences that are attached, before even entering your first encounter. For better or for worse, the campaign is encased within a five hour cinematic experience with trickles of combat that are scattered in between.

Expressed more as of a feature length CGI Japanese animation, rather than a contrast between the familiarities of industry standard fighters, Strive’s disparity sets it apart, targeting a devotee rather than a newcomer. A compelling narrative is attached to the campaign, but without an emotional attachment to its cast, many casual players will find it difficult to connect. Regardless, “the juice is worth the squeeze” if you’re looking to encroach yourself within Strive’s enigmatic and dazzling display between presentation and practicality. Network looks to set a gold-standard in net coding, posing an exemplary demonstration in non-stop, high-octane combat without stoppage or lag. Quite possibly the smoothest online experience I’ve had in quite a long time on console, but there is a caveat that seems like a minor deterrent.

As cute as it may be, the lobby for Guilty Gear Strive’s online experience is clunky, hard to navigate and does nothing to elevate or encourage users into wanting to explore it other than standing around and hoping someone approaches you to battle. While it does try its hand at developing a new aesthetic in online experience, especially fighters that have bland lobby screens and loading times, the “mini-game” feel is void of substance. A plethora of custom skins and outfits to customise your avatar are readily available, personalising your look and appeal but is more or less filler for those waiting to battle. Personally, I would rather have had a standard exhibition waiting screen where the game pairs players in similar classes for random combat. The struggle in constantly finding players that aren’t already engaging in battle does discourage anyone from wanting to return to the mode, but again online is certainly a staple event in Strive that raises the bar exponentially in overall experience.

Guilty Gear Strive is set to change the game, by pushing through the conventional combat archetype that has been dominated by associated fighter’s within the category. Setting a precipice for its future by teasing a cavalcade of collectibles and the additional combat pack, Strive is set to be seen in the spotlight for a lengthy period in our current gaming climate. There’s no doubt that Guilty Gear continues to demonstrate traits that may stifle itself from being commercially recognised as a top franchise, but it maintains status quo as a fighting great within its respective genre. Its diverse range fluxes from competitive to casual depending on which the player prefers, then alternates between various styles that is purposely designed to cater a wider range of audience within the arcade architype. It’s an engaging, yet humbling experience and one I’m sure to return to every so often.

A code was supplied by the title’s publisher, for our preview.
Windows Playstation
0
Guilty Gear -STRIVE- is an upcoming game in the Guilty Gear series that was announced at Evo 2019. It will be the seventh mainline installment and overall its twenty-fourth release. 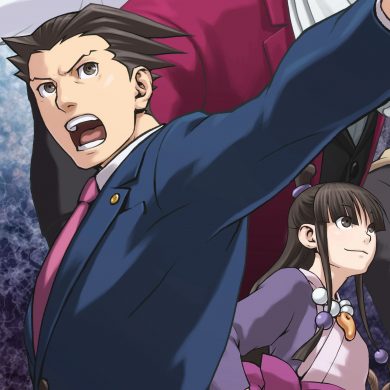