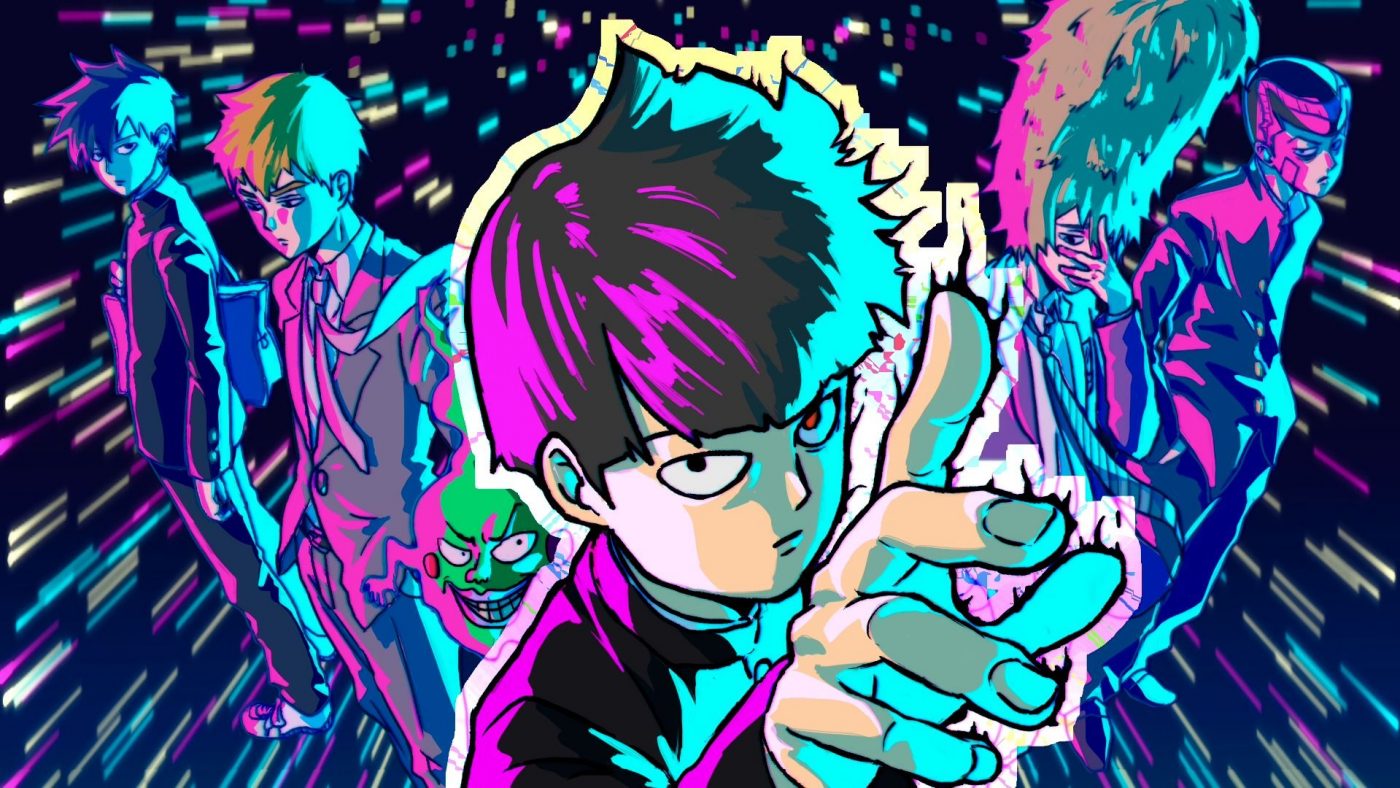 Another one of Reigen’s Special Moves! Mob Psycho 100 has dominated the Anime space since its premiere back in July of 2016. While its novelisation had ended, the animated adaptation continued to bring new life, and ultimately representation to each character on-screen. Mob’s deadpan demeanour contrasts his Master’s conman persona perfectly, setting quite the precipice for an insanely hilarious action-comedy series. Mob Psycho 100 has proven while it may have an intent to break even and defy its own logic, its variable nuances and quirks touch on every sense of engagement for its viewership. From a captivating arc, vibrant visuals, palpable presentation, its own protagonist’s personal growth through triumph and heartbreak, and ultimately humanising Shigeo (Mob) for the first time.

Each arc told in Mob’s second outing has their own respective chapters, while stringing together a sub-plot that culminates into an explosive climax. The difference between Mob’s recent foray and its seasonal predecessor, is its encompassing focal point within his character progression. While it may have touched on one side of Kageyama’s persona and his occultist capabilities, we never really experienced a sensitive side to his personality. Whether this be sentimental or guilt, the only emotion Mob ever truly evoked was some form of anger as a defence mechanism. However with Mob’s character growth comes a different kind of anger, almost a “true anger” but not one that would expose Mob’s powers. While tempered, Mob’s emotions shine throughout this season and help understand that he’s no pushover nor is he Reigen’s puppet, but in fact Mob is his own person.

We previously covered Mob Psycho 100’s initial season, with an entire prologue on how the series attained its insane fandom and had become Japan’s #1 animated action-comedy. You can check that out by clicking here.

Getting by in life, con artist Reigen Arataka continues to run his scam of being the “Greatest Psychic of the 21st Century”, while ploying his faithful “student” Shigeo Kageyama, also known to many as Mob. Three years after the events of Mob Psycho’s initial season, Reigen is contacted by a farmer who begs the conman in eradicating an evil spirit that has possessed his crops, and is destroying his farmland. Reigen agrees to the job, for a hefty fee but the farmer plea’s a bargain with Arataka, in gifting him 30% of his harvest. Without hesitance, Reigen speed-dial’s Mob, and informs him of the situation. Much like the first season, Mob tells his master not to alert him at the last minute, in which his master nonchalantly shrugs off and informs him of his location. Arriving to farmland, Mob identifies a scarecrow that summons the demon after the prodigy destroys it.

The devious deity attacks Arataka, bringing Mob to his knee’s surrendering to the evil spirit. Kageyama analyses the ghastly powers the ghoul possesses, and how he could overrule them to rescue his master. With the spirit shapeshifting roots from the underground to shield him, Mob realises that the spirit had actually harvested an ability to control nature. With this becoming cognisant, Mob overtakes the deity’s power and using the spirit’s power against him. The demon does its best in defending itself by controlling more of the surrounding crops, however the student psychic makes quick work in eliminating the spirit. Reigen thanks his sidekick by paying him in seeds, as the Farmer’s harvest had been completely obliterated by the battle, leaving nothing by dust.

After the opening events, we’re taken into the main plot where Student Council President of Salt Middle School, Shinji Kamuro reveals his plans to step down from his role. Knowing full well of Mob’s inability to lead the Helmet Cult, Ichi Mezato – Kageyama’s best friend – encourages Mob to run for the leadership role. Mob’s reluctance quickly turns favourable when Mazato coax’s him into the idea of using this potential role in attracting Takane – Mob’s crush – to which he quickly agrees would be an amazing idea. In what would be Mob’s surge to prominence within Salt Middle School, the psychic campaigns for the position only to be met with the uncomfortable thought of giving a final speech on election day. Mob climbs to the stage, looking prepared and radiating assurance that he was fit for the role. Mob freezes for what seemed to be an eternity, but was actually for five straight minutes. No words. Mouth wide open. Silence. This results in Kamuro being re-elected.

Thinking this was social suicide, Mob’s spirit had been crushed for a few moments until finding a love letter stashed in his locker. Emi, a fellow female student confesses her crush on Mob and that she would love to date him. While trying to acquaint themselves with one another, Kageyama lies to Emi and informs her that he works a part time job at a book store, in which she admits her love for writing and aspires to become an author. Emi hands Mob one of her novels to read, in which he gives positive feedback. The pair go on a picnic date but soon end their date and ongoing relationship with Emi revealing that she knew Mob had been only walking her home out of consideration, rather than any emotional attachment. Shigeo denies her claim, in which she admits the only reason she dated Mob was due to a wager, in which she had lost. Mob’s stoic nature had him laying there emotionless before making his way home.

On her way home, Emi meets with her friends in which they all laugh at the absurdity of the entire situation claiming Mob to be foolish, and inept of feeling any emotions towards a girl. One of Emi’s friends question her on the entire “novel scenario” and that she wouldn’t be interested in actually becoming an author. While Emi’s emotions show a different story, Mob shows up and disagrees with her acquaintance. The brash and cocky cohort explains to the psychic that the novel was just trash and begins to tear up the loose pieces of paper. Mob then decides to start collecting the book piece by piece, exclaiming it was not trash and that Emi had worked hard. Seemingly heartbroken, Emi holds back tears while watching Kageyama collect her trashed story. She helps Mob recollect her work, while her friends depart leaving her alone with the esper.

A strong gust blows between the pair, with Emi’s novel floating away. Defeated, she thanks Mob for helping her regardless noticing a bright blue hue radiating off him. Mob uses his powers to recollect the entire book and forge together its pieces. Shigeo hands Emi’s book back encouraging her to continue her work as she’s an amazing writer. It is then revealed that Mob had made a recount of this entire story to Dimple, in which the floating ghoul questioned Mob’s motives, and if Emi had indeed fallen in love with him for his psychic capabilities. Mob denies this stating that no one would ever fall in love with him over his powers. Meanwhile, Emi tries to start her new novel but is hitting major writers block, that is until she is inspired by aforementioned events and begins drafting her new narrative about a middle schooler with esper abilities.

This was certainly one of the greatest seasons of Anime, I’ve had the pleasure of witnessing. Mob’s character progression has taken a stronghold within the series’ overall narrative, and shown major growth which departs from the middle schooler’s lifeless demeanour from its initial season. Simply heading into a second season with a stone-faced protagonist would have been difficult for any progressive form of storytelling for this superhero, and rather than highlighting the fact that Mob had experienced hardship from his first adventure, he begins to highlight faults within himself and his relationship with Reigen. Again, Reigen has become one of my favourite characters in all of Anime. His ability to con a high schooler with a supernatural gift, into working for him and making Shigeo believe he is actually learning from his teachings is astonishing.

Reigen’s salesman pitch is so convincing at times that it captivates myself in believing the guy has capabilities of his own. Although, Mob’s credulous character comes into play this season with the esper beginning to suspect his master of being a complete fraud. This sends Reigen into panic mode which makes for a hilarious arc in itself, and one that had me hoping for a sensible outcome between the pair. The series antagonist is delightfully charming, yet determined to destroy all matter. This makes for such an enthralling and entertaining climax involving every key character within Mob’s universe – it also contains one my favourite all-time moments in Anime. What I’ve taken away from Mob Psycho 100 II is Shigeo’s heart and personality have shown a completely different side to our detached degenerate.

Mob’s growing from adolescent to adult, and is becoming self aware of life’s pressures and his own social acceptance. Wanting to make new friends and be known for only being a normal high school kid, rather than Reigen’s understudy, Kageyama seeks acceptance more-so from his peers rather than his master. This comes to light when Reigen decides to poke the bear and demand Mob disengage with any social life he aspired to have, as he needed Mob for work. Mob’s retaliation was not in Arataka’s favour, that’s for sure. With Dimple’s ulterior motives waning throughout each episode, and rather becoming a leader himself for both Mob and Reigen, the pair’s resolve ultimately becomes stronger as the duo face quite possibly the biggest threat bought to humanity, and a impending doom for Mob and his own family. 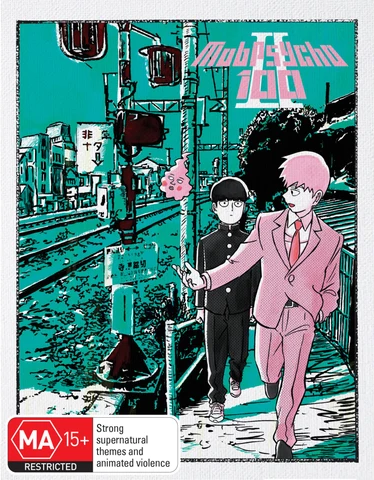 Mob Psycho 100 (Japanese: モブサイコ100, Hepburn: Mobu Saiko Hyaku) is a Japanese manga series written and illustrated by ONE. It began publication on Shogakukan’s Ura Sunday website in April 2012 and concluded in December 2017. It has been also available online on Shogakukan’s mobile app MangaONE since December 2014. Shogakukan compiled its chapters into sixteen tankōbon volumes. 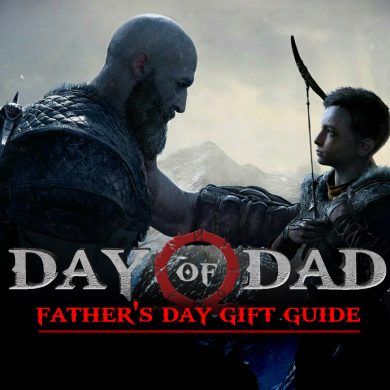