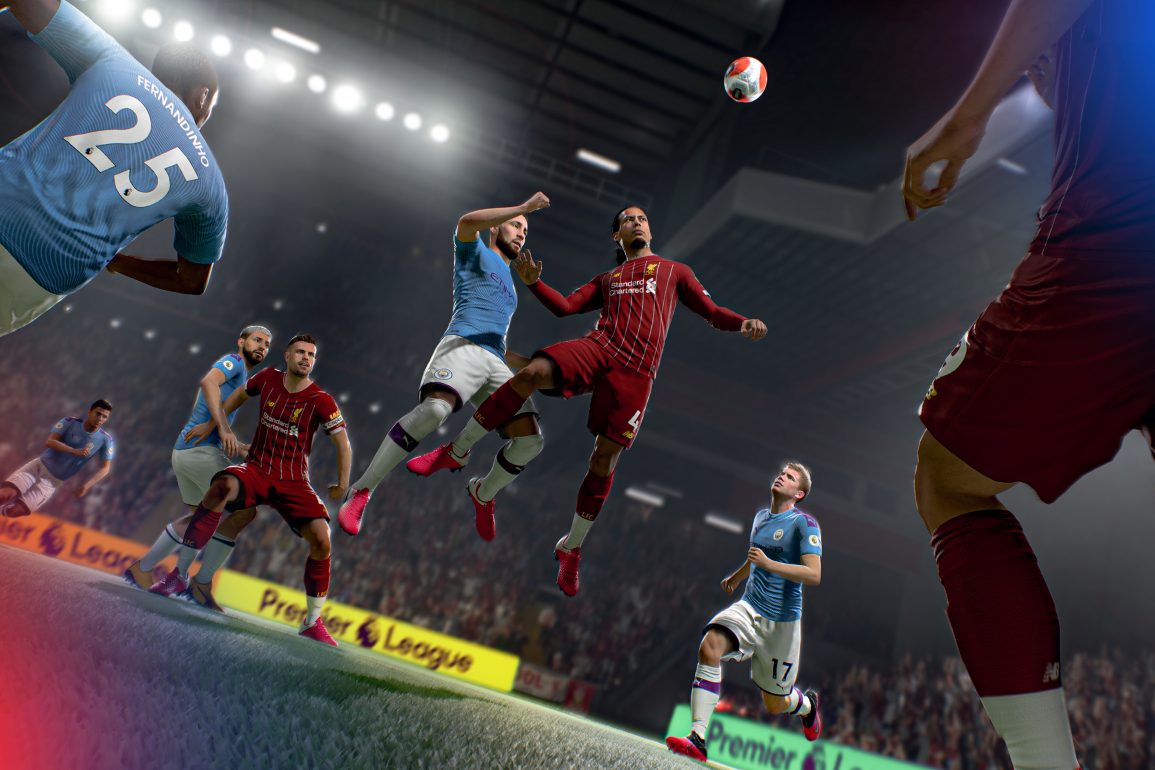 ✔️Offers a wealth in Soccer simulation, with mechanical upgrades that better its overall experience.
✔️Volta Football is FIFA Street Lite, and it’s awesome.
✔️The king of Football returns for another year.

This review reflects our thoughts of FIFA 21 on PlayStation 4, released Friday October 9, 2020. Upon release of its PlayStation 5/Next Gen iteration we will return to the title for any amendments that may be needed.

So here we are. Another year, another FIFA. Now generally I’m not one to spruik FIFA as I tend to leave that for its intended market, and fans of the sport itself. However, this time I was curious to jump in. We’re in the penultimate month of our current generation, fast tracking towards a new generation of gaming, but something about its technological leap has me questioning what may be different from our last. FIFA has demonstrated a solid improvement over its ancestral predecessor, with stunning visuals, dynamic environments, authentic presentation and most of all, an incredibly genuine sporting experience. The sporting simulator has come a long way within our gaming climate and continues to show its strength’s on PS4, XBOX One and PC.

Much like FIFA 14 in 2013, FIFA 21 will cross both generations and aim to kick goals throughout the Holiday season into 2021. The football franchise has seen exponential growth, yet it heavily recycles a myriad of facets from entries prior. Surely, this is to appease the casual space that appreciates the sports title as it stands, without making any major adjustments that may disrupt a smooth transition from its previous entry. However, this formula has become a controversial strategy in developing and publishing titles. Now I’m not saying that FIFA 21 on PS4 and XBOX One is a carbon copy of last year, but its experience comes into question in how transcendent the series can become, as it heads towards contemporary line-up of advanced technology.

So the question is, Where do we go from here? FIFA 21 certainly strives in many examples that its headline competitors could only dream of reaching. Its career mode has seen a massive improvements from its trivial beginnings that barely seemed to scratch the surface of any typical sporting expedition. NPC/AI mechanics have been enhanced drastically, departing from its robotic movement that had been called “stiff” for quite sometime. Quality assurance is down pat with minimal to no bugs occurring which is fascinating given the series’ history of leaping between generations, and its ball handling is the smoothest its ever been. So why do I feel somewhat irked by EA’s annual offering?

Well you can put lipstick on a pig, and it’s still a pig. You can put new players in FIFA 21, but it’s still FIFA. As improvements are made prevalent within the title’s core gameplay loop, its mainstay mechanics are still the same. It comes down to, which roster is your preference? And that is perfectly fine. There is nothing bad about that at all. Genuinely, FIFA 21’s offerings suffice that itch that we need to scratch upon its expected release every year, but can it do more? Surely it could. We could possibly see that happen when it does release for PS5 and XBOX Series X, but that remains to be seen. As for what is on offer right now, FIFA 21 expands on the successful formula and foundation laid from FIFA 20.

FIFA 21’s message is clear from the get-go; if you are a FIFA faithful then you won’t fret jumping into its brand new iteration. There’s absolutely no need to change its blueprint model, it works and proves that every year. FIFA’s execution of exemplary soccer shines with incredible skillsets and attributes given to its respective teams, and their top players. There were times I noted a lack of variety within its ubiquitous line-up that harnessed similar or recycled attributes from their previous entries. None-the-less, engaging on the field will immediately deliver a sense of emotion that can only be felt while experiencing the true nature of this great sport. Rushing through the defensive line, kicking into the penalty box, and landing a Messi kick right on target, is a World cup level adrenaline rush.

The tenacious, yet tedious nature of acquainting yourself with FIFA, can be truly appreciated with its subtlety and flair. The celebrity in fanfare and celebration take a stronghold for every victory, and every goal with emotion expressed up-close. My only gripe here is how close it gets, shows some outdated blemishes in detail. However it’s to be expected that much of its aesthetic and design will be upgraded upon the arrival of its next gen iteration. There is a noticeable increase in how you control your active character, as they twist and turn, dodging their on-field opponents, while showboating like a soccer star. Personally “maining” Lionel Messi, I found all these moments to be identical to how the legendary player performs while on centre-stage. The fluidity and flow the skilled left-footer entails, has been carefully studied by developers and placed within the Barcelona future hall of famer.

While consistency remains key within the FIFA franchise, there are some slight additions made to established modes that help keep the series somewhat fresh with each unique entry. Ultimate Team adds an all-new co-op experience, enabling platers to team up with a friend and progress with weekly objectives within Squad Battles and Division Rivals. Passing each objective rewards both players, however the experience itself retains all facets of its initial iteration. Doing so streamlines the experience for those looking to dive back into Ultimate Team with a friend, without the hassle of relearning the mode, in its entirety. This proved to be a welcome feature, as I engaged with a friend that also had equal experience with the franchise, and noted how glad he was that the mode was not revamped.

Volta, or FIFA Street Lite as I call it is back and is absolutely my favourite returning feature from FIFA 20. Posing a grounded “street” style experience, rather than the glitz and glamour of a stadium packed full of hardcore elites, the mode allows you to take control of your favourite players, and face off in a more casual approach. A debrief hands the player a list of set goals to achieve, however the mode remains unrestricted and relaxed. This is mainly a training ground for those looking to expand their skill and knowledge of the title, with some added spice in opposition. Classic training and minigames are also present, but with Volta Football available the mode itself is a misnomer for a cumbersome, somewhat lethargic experience. If you need to re-educate those ambidextrous skills, steer clear of training and utilise Volta, it’s great.

Of course, we see Career make its triumphant, yet controversial return to FIFA. The campaign has seen its fair share of flack, due to its negligence and lack of overall improvements. However, FIFA 21 tries to bring something a little more assertive, and diverse to the table. The Management mode see’s us tackle and guide our team over new and refreshing features that prompt an expeditious, and seamless experience rather than the same old hat that had been demonstrated in prior entries. Simulating matches allows you to progress throughout your career in a rapid manner while the CPU does some of the opposing work for you. Key moments in-game are handed to players, so they may jump-in midway and kick that rare penalty kick, then jump back out to the simulation. Almost an amalgamation of Football Manager, and FIFA combined.

All-in-all, FIFA 21 delivers adequate improvements to its predecessor while we await its next generation rendition to arrive this fall. Its suitable in delivery, and sufficient in its offering. You can’t change much about an annualised sports title. We can’t developers to be working on core engines every year. FIFA 21 is exemplary, it does a fine job at simulating a soccer franchise. Everything that is delivered in this year’s release is a decent offering for those looking to essentially make the ‘upgrade’ from FIFA 20. A updated roster, with new features and some contextual upgrades applied makes FIFA 21, a valuable Football title for 2020. As mentioned, I’ll be back before the year is out to revisit FIFA 21 on PlayStation 5.

FIFA 21 is a football ‘simulation’ video game published by Electronic Arts as part of the FIFA series. It is the 28th installment in the FIFA series, and was released 9 October 2020 for Microsoft Windows, Nintendo Switch, PlayStation 4 and Xbox One consoles.

Story
6
Gameplay
8
Presentation
7
Sound
8
7.5
A code was supplied by the publisher, for our review. 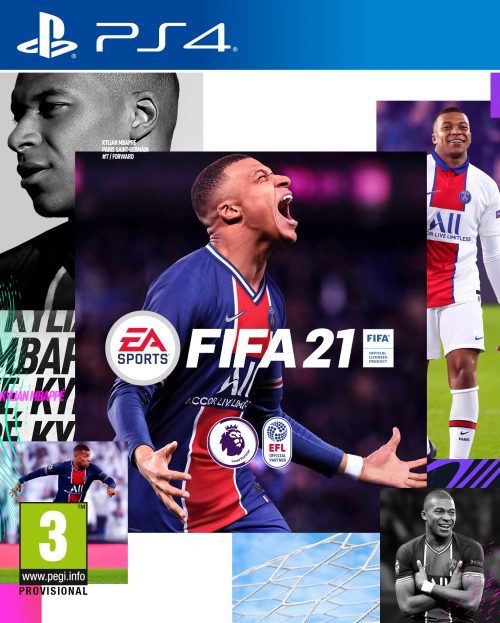 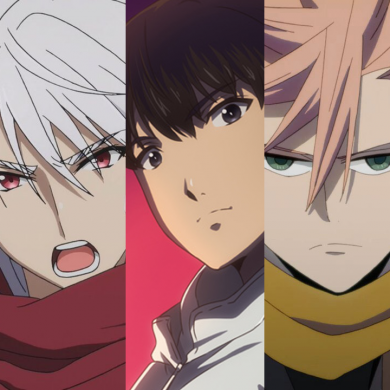