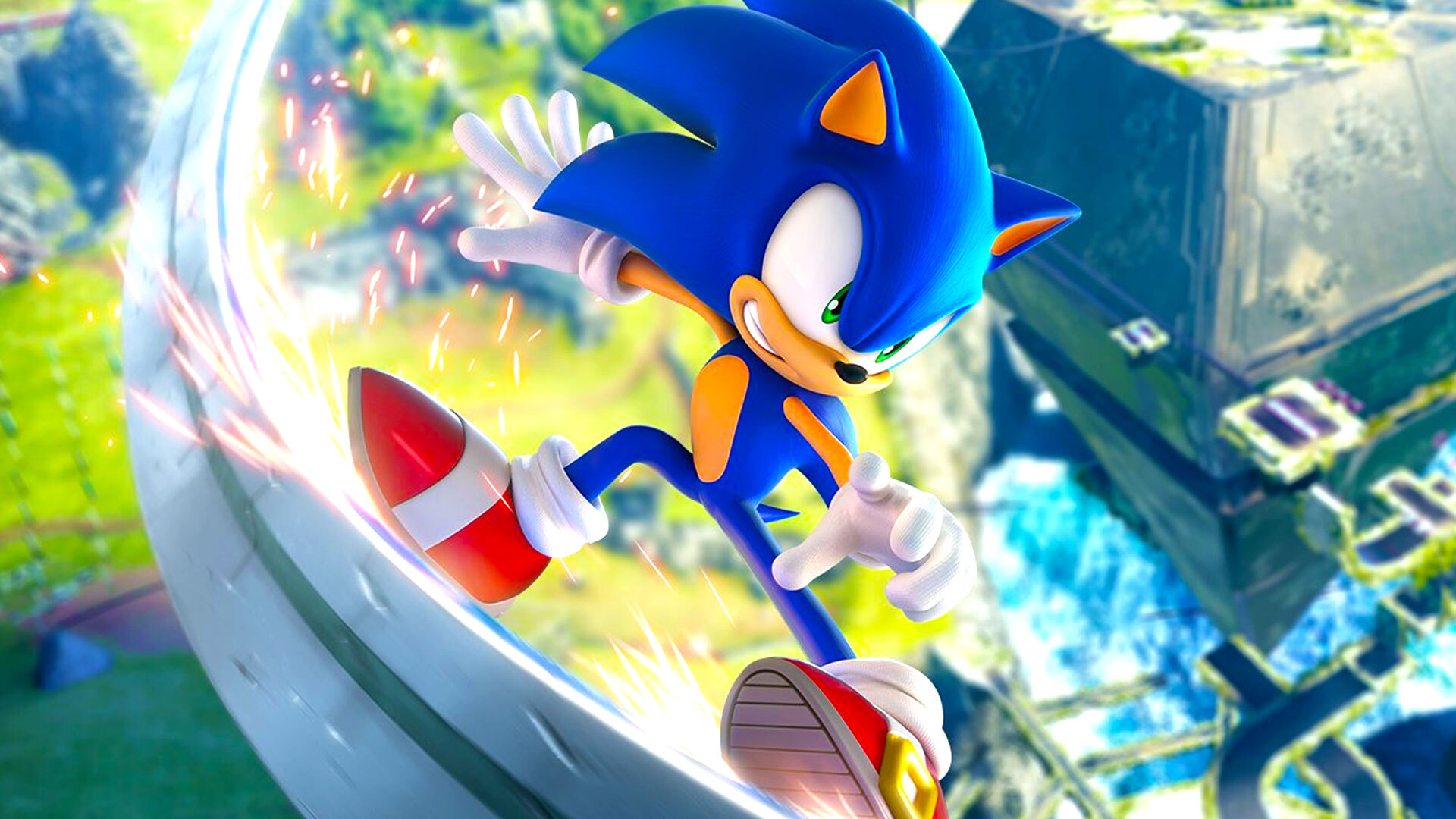 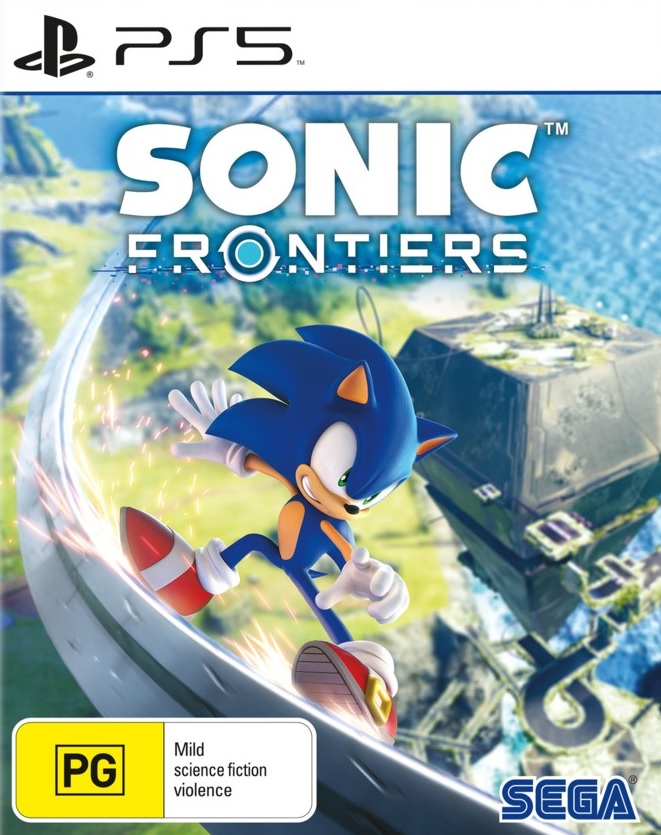 It has been hard to digest an open world Sonic title, given a preconceived formula that has been tried and tested throughout each generation SEGA’s blue blur has appeared. It’s just fact that 3D Sonic games are a mixed bag; either hit or miss and it’s funny because Sonic Frontiers on paper, is a fantastic concept but falls short of the mark due to optimisation issues within its technical performance. There’s a lot to love about the game, but it’s mostly outweighed by outdated mechanics, stiff gameplay and graphical blemishes that leave more to be desired. It’s easy to praise the game for trying something bold, with taking Sonic to an open, uncharted world that’s parallel with his own, lush with greenery, tall peaks and stone henges, but it’s how the entire level design is simply laid out.

Throwing assets on an empty canvas hoping it sticks doesn’t always work, and unfortunately it seems like the Sonic Team brazenly tried this without questioning any problematic gameplay gaffs that may be criticised. I don’t question the mastery of the esteemed studio that bought us amazing classics like Sonic Mania, but this is sheer befuddlement. There are literal rail-paths to nowhere on this overworld, that looks similar to a dystopian overlay lifted from Death Stranding, or NieR Automata – Timefall and all, just add a bunch of Sonic assets to it. The disparity between Starfall Islands and the Sonic Universe is bewildering, with mismatched aesthetics intentionally signalling your current location. Sonic Frontiers cultivates a complex premise that’s ultimate tried in capturing the aura of classic 3D Sonic meets modern platformer, yet pits our protagonist in a baffling barrage of asset chaos.

Got to Live and Learn...

The premise is simple, Doctor Eggman has travelled to Starfall Islands with one thing in mind, steal a mysterious tech developed by powerful beings. Failing his devious task, he’s trapped within the cyberspace by a disembodied  deity, but the clash opens a wormhole that sucks Sonic through. While the blue hedgehog may have been separated from his friends, both Tails and Amy have also been transported to similar areas of the same universe. It’s now up to Sonic to retrieve the Chaos Emeralds, with hopes in rescuing his teammates. While not being present in their physical form, both Tails and Amy project themselves as holographs to aid Sonic in his adventures through Starfall Islands and its many paths, puzzles and unlockable shrines that lead to different levels or biomes to complete.

Sprinting, swaying, leaping, grinding and collecting are all the staple trademarks of Sonic’s many escapades which have made his adventures a must play. It’s never been a terrible thing to revisit some of the old Sonic Adventure games that solidified each expeditiously executed mechanic quite well, but in Sonic Frontiers it feels extraordinarily dull by comparison. Sure it’s aided by linear, corridor maps that personify the “on-rails” genre, but it’s almost antiquated and somewhat archaic gameplay loop is out of place for a game in 2022. Just the general physics themselves feel like something from an older Sonic title, and it reflects from the characters stiffness, and lacking fluidity. It never once feels natural to control our protagonist with only subtle movements snapping his direction way too fast for anyone to gauge or handle.

When I wasn’t cascading off tall platforms, I did find some fun in traversing the open fields of our hub world and taking in much of its gorgeous overlay. Ultimately, it’s Sonic’s finest in aesthetic presentation since Generations, but I have to give it to the team here. They have carved some of the most stunning biomes I’ve personally seen in action-adventure 3D Platforming that sits somewhat unconventionally with titles I mentioned earlier. Hard to keep rolling around at the speed of sound when I was at standstill, gazing in amazement at the incredible design that had been meticulously put into each section of this mysterious universe. Yes, it can be asset hell at times with some useless filler that lead to pointless locations on the map, but there were moments I didn’t care and just wanted to soak in the environment surrounding Sonic.

Sonic Frontiers may not be the most polished from SEGA's most popular series, but it carries itself respectfully into a new generation

However the simplicity of Sonic’s arsenal does become mundane after a few hours and can become a tedious task to trudge through. Collecting Rings, rushing through zones at an acceptable pace, pressing down on shoulder buttons for extra manoeuvres like side-stepping to avoid an enemy’s attack or leaping across multiple rails, or even holding down on the right trigger to boost Sonic’s speed, it’s all relative. Wall running is can be a fun little addition to your repertoire but it’s necessity is questionable, the repetitive gameplay loop becomes arguable, and while it retains many facets such as boost pads and spring boards, it does nothing necessarily new to refresh the old formula. While the title gives subtle nods to The Legend of Zelda: Breath of the Wild, Super Mario 64, Ikaruga and its own past iterations, it had me picking meat from the bones only midway through the campaign without giving anything extra to push through to its climax.

✔️ Pays homage to some industry greats like Zelda and Mario.

❌ Texture and asset pop-in out the wazoo.

Aiding in expanding Sonic’s limited moveset, you can collect little idles called Kocos which in turn unlock capabilities throughout the campaign, but can be quite the task in finding. Scattered across Starfall Islands, along with Memory Tokens which progress the plot with cutscenes that roll over into the next chapter. Shrines will rise in separate locations across five Islands, and can be opened by collecting a number of respective collectables for which you may obtain by either investigating each area or defeating a mini-boss containing said key unlockable.

Upon entering a Shrine/Level, it becomes a more traditional approach where you will need to collect as many Rings and other items, but beat the clock at a suitable time with a graded Rank at the end. Levels are quite straight forward and only last a couple of minutes but can be a headache to sprint through with Sonic’s clunky controls. I found myself off-stage more than what I was on-path hoping to score victory for which seems near impossible without training myself to learn the less-than ideal physics.

Aside from it’s questionable controls, the game performs at an acceptable rate but does suffer from some obvious framerate issues while traversing the Island. You would think that the power of the PS5 would be capable of loading assets and textures instantaneously, but I wouldn’t blame the hardware in this case, rather an optimisation issue that poses quality assurance made to the title. I may be moving at rapid pace, but for textures to take as long as they do to even appear, or assets that pop-in from nowhere to block my path is just plain hard to ignore and can be quite the deterrent. It’s hard to even gauge the importance of the campaign’s own setting or plot while the title staggers to even load its own universe at such a sluggish rate. I can understand that moving through a game at quick speeds can demand more time to load certain properties but it gets a little ridiculous when landmarks, items and obstacles are appearing from thin air.

A saving grace to the game’s overall presentation, is an excellent soundtrack composed by long time video game musical artist Tomoya Ohtani, who has been associated with the franchise since Sonic Adventure 2, as its lead composer. Marvellously melding an overture with its stunning overworld, the melodies that get the adrenaline pumping or subtly caress you as Sonic travels Starfall Islands can be mesmirising to say the least. This in addition to the awesome vocals backed by the incomparable Roger Craig Smith, who has portrayed the blue blur for the last decade (aside from the feature films) with some friendly vocals from industry greats such as Kyle Herbert (Mob Psycho 100, Dragon Ball Super) as Big the Cat, Ryan Bartley (Demon Slayer, Jujutsu Kaisen) as Sage, Colleen O’ Shaughnessy (Fire Emblem Warriors, Lost Judgment) who had the distinct honour to not only portray Miles “Tails” Prower in-game but also the feature film’s sequel, and Mike Pollock who has portrayed Dr. Eggman for over twenty years, reprising his established role for Sonic’s latest outing.

Sonic Frontiers may not be the most polished from SEGA’s most popular series, but it carries itself respectfully into a new generation with hopes that we may see Sonic return with a promising escapade that may be more flourished than what had been promised here. It’s not a bad game, but it needs a little more time in the oven, or possibly a few patches to iron out some kinks, but its antiquated physics hold it back from feeling at least somewhat comparable to something as well developed as a Super Mario title in 2022. I mean, isn’t that what we should be expecting from the longstanding Nintendo rival? At least I hold the series to that high regard, but the gameplay loop is just too monotonous at times and controlling sonic like a stiff board is not so compelling. Regardless, it’s still a good experience if you love the series and while it has its flaws I didn’t mind spending twenty-or-so hours with it.

Sonic Frontiers is a 2022 platform game developed by Sonic Team and published by Sega. As Sonic the Hedgehog, the player explores the mysterious Starfall Islands to collect the Chaos Emeralds after Sonic and his friends are separated.

Story
6
Gameplay
6
Presentation
7
Sound
7
6.5
Supplied by the publisher, for our review. 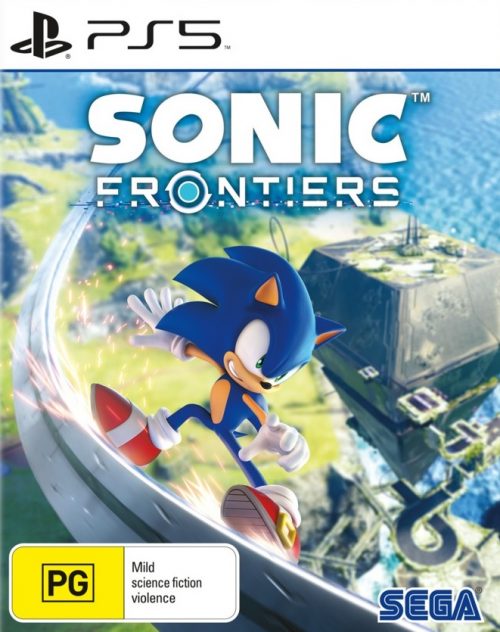 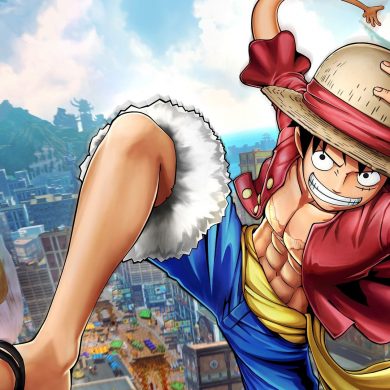