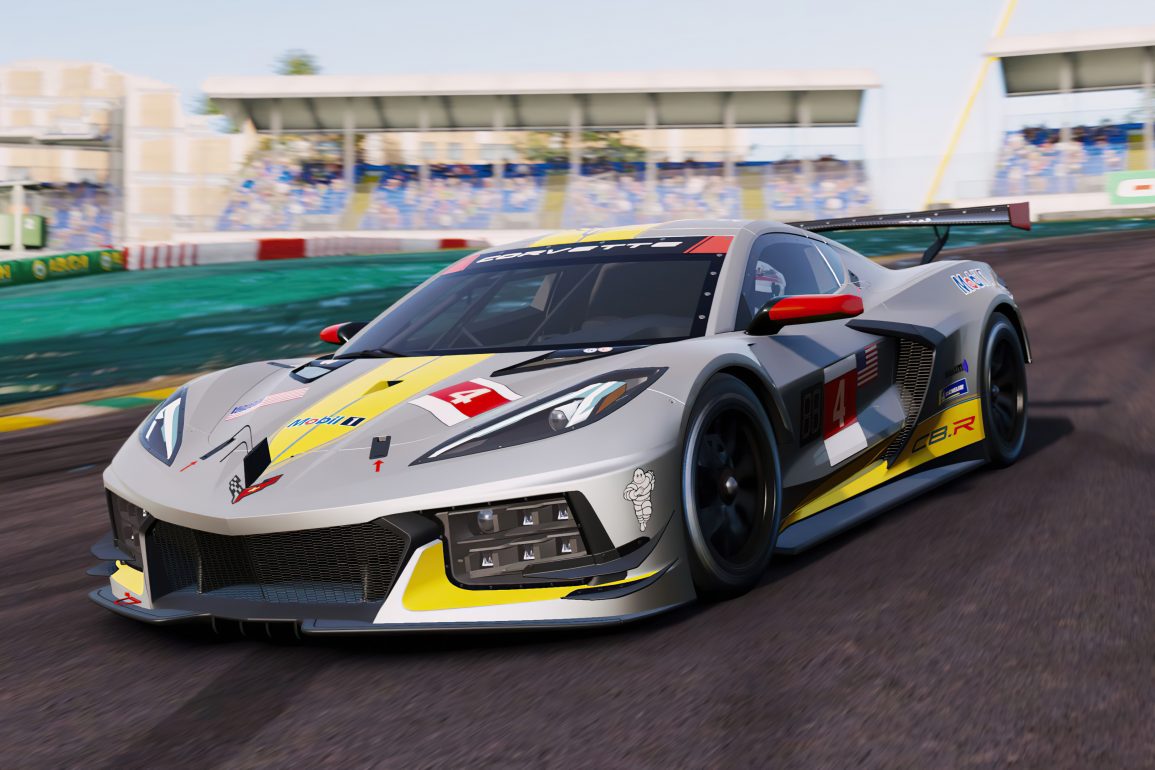 ✔️An ambitious new route taken for overall improvement to the franchise.
✔️Broad in scope, a myriad of choice in maps, casually allowing players to customise each competition.
✔️Boasting over 200 maps, with 700 challenges attached and over 400 vehicles on hand.

❌Some minor technical hiccups, and framerate dips.
❌Archaic UI that omits voice over for text-on-screen.

Let’s be honest, Project CARS as a franchise has had a bumpy ride through its humble beginnings this current generation, but may have landed itself in pole position in the qualifiers for next. I’m astonished by how progressive it truly has become, showing growth in its vast variety of offerings on hand. With over 200 vehicles at your disposal and a plethora of brand new locations to burn rubber, Project CARS 3 boasts a beaming improvement over its predecessors, that showed a mediocre exterior before it. While cream of the crop still stands with its ultimate competitor in Forza Motorsports, SlightlyMAD’s latest offering shows promise that a new competitor is creeping behind the rear, and readying itself to veer past its longstanding XBOX counterpart.

However, like many racers it’s not perfect. While boosting its performance and ultimately refining much of its sullied showcase, Project CARS 3 attempts to steer itself from the pit, yet lands there with some performance issues that may perplex some devotee’s of the competitive racing genre. As a casual exhibition, it’s a solid competitive racer, ultimately leaving the grandfathered Gran Turismo franchise eating dust. While it may market itself as a simulator, I wouldn’t necessarily place Project CARS 3 within that category. While it offers complexity, its streamlined approach strips away some realism, yet allows a different crowd to approach the title expanding its core fanbase from hardcore to casual, ultimately veering from simulator to arcade racer.

Booting into Project CARS 3, your greeted with a brand new look and tutorialised menu that takes you through its initiation process, step by step with multiple customisation choices elevating your overall experience to a smooth cruise down the runway. Giving the driver a choice of four difficulties to choose from; Beginner – takes aim at handling the vehicle in steady position while you learn your technique, Novice – eases on the brakes and gives the player total control while your competitors may display some leniency, Experienced – all racing gloves are off, and its every man for themselves, all responsibility to you and your teammates fall on your shoulders to cross that finish line first, Professional – Ups-the-ante with the competition taking it to fifth gear.

Each difficulty will display its respective attributes such as steering assist, braking assist, anti-lock, traction and stability in place. It’s wise for newcomers to initiate themselves, and familiarise Project CARS broad scope with its Beginner difficulty. Not to worry, you won’t be at this level for too long as there is some semblance between this racer and its competitors, so if you are familiar with the overall genre then you should have no problems getting the hang of Project CARS 3. While career mode will seem like a drag, it showcases three tiers, each with a number of career paths to each tier, exhibiting over 700 challenges. On completion of each career path, you may earn up to a certain amount to spend in unlocking multiple vehicles, customisation options, and other unlockables at your leisure.

Multiplayer continues the trend of no couch co-op. Immediately connecting you online, you’re given three unique choices; Quick Play will search for an ongoing session to join, while scheduled events will take place in realtime with races that may have or are expected to commence. Given our current global climate, I’m unsure how this option will occur outside of certain tracks and countries, but it should be intriguing to see it unfold. Custom Lobby give players the flexibility and freedom to delegate and choose certain specifics to their liking. A personal touch for exhibiting their own private or public grand prix. Time trials are placed within Rivals, an online leaderboard that see’s players around the world race in a weekly ranking. For each week you race, you earn a ranking that tallies towards your overall Daily, Weekly and Monthly position.

Initiating Custom Events allows the player total freedom to pick and choose every detail from the vehicle of their liking, Start Type, Track, Weather and specific difficulty in place for a seamless arcade exhibition. You may also use Custom Events as a way to work on your racing repertoire, by jumping into its settings and choosing practice. This will disable all AI and opponents. You may also enable or disable Rules and Penalties that may apply during realtime events. Choosing up to maximum of 99 laps makes for a limitless amount of fun while exploring each track of your choosing. You may have a one-on-one encounter with the CPU, or run the gamut with a maximum of 31 opponents, hot on your heels for first place.

A plethora of hallmark raceways are prevalent, many with legendary status attached. Local favourite Bathurst, Mount Panorama is included within this deluge of driver’s delight. Choosing to exert my experience with some challenging twists attached to my own Custom Race, I chose 31 opponents, with the turf totally drenched, and weather conditions that could only be an absolute nightmare for professional drivers. Yeah, I came last by a number of miles but the gratification felt through my own personal preference made for such a thrillride. Showroom allows you to purchase vehicles after earning in-game currency through Career Mode. From the ferocious 1966 Ford Mustang to the 2018 Formula X, there’s no shortage in horsepower offered. Sure it may take a while to earn the mountain loads of money they’re asking for, but the fun is within the grind.

Aside from some technical hiccups that you may experience on track, the title performs astonishingly well. I marvelled in amazement and total shock that I was playing the third entry in the Project CARS franchise. From 2015, the title’s blemished exterior was in need of some panel beating to smooth out some of its dents, but it seems that SlightlyMad have landed off its speed-bumps along the way, in elegant fashion. One of many gripes I had with Project CARS initial entry was its rough handling, which has been remarkably improved here, along with its visual presentation. Not to say that it displays anything groundbreaking, but it surely is a sight to behold racing down the speedway with its gorgeous environment looking crisp in your surroundings. Some weather patterns need some polishing for performance issues I ran into. Rain and snow may cause some framerate dips, but nothing game breaking.

A returning gripe is its interactive UI. While racing down the slippery slopes of Bathurst, I was unable to gauge my team leader’s instructions. The lack of voice over is archaic in design, and should not be exclusively displayed as text-on-screen. While I may appreciate its accessibility for the impaired, we’re above this practice for those privileged. A minor downfall included is its sticky manual transmission. While my preference will always be automatic, there are enthusiasts who prefer to have the luxury of seamlessly cycling through each gear at their own pace. Unfortunately, in comparison to other title’s I found it’s manual system to be somewhat buggy. I made sure that it wasn’t just my PlayStation 4 controller acting up, and used four different Dualshock pads but was continuously met with my gearshift stuck in some situations. These can be fixed with minor patches, so I see no integral issue.

Regardless, Project CARS 3 boasts a promising aspect for its franchise in becoming a prominent arcade racer/driving simulator, or simcade as some are labelling this amalgamation of categories as. Boosting overall performance, and speeding down the track at Top Gear, Project CARS 3 bears a renaissance for racing titles that seem to be on the straight and narrow. SlightlyMAD have hedged their bets, and taken a new path to victory with this ambitious entry that could very well compete side-by-side the likes of Forza Motorsport. It’s an enticing racer that surely will exhilarate and fulfil the empty void that the XBOX exclusive leaves this year with the Series X on the precipice. However, with a positive outlook and an appreciative experience being had with PC3, we’re sure to see Project CARS 4 racing over the hills, and making its way towards pole position.

Project CARS 3 is an upcoming racing video game developed by Slightly Mad Studios and published by Bandai Namco Entertainment. It is scheduled to be released on 28 August 2020 for Microsoft Windows, PlayStation 4 and Xbox One.

Gameplay
8
Presentation
8
Sound
8
8
A code was supplied by the publisher, for our review.