✔️Gorgeous overworld design, glistening with utter beauty.
✔️An aesthetic that Destiny fans will admire.
✔️Co-op demonstrates its streamlined tag-team system that can be a lot of fun.

❌Tedious and repetitive gameplay loop that sets in the monotony way too fast.
❌A poorly penned narrative that does little to further any future for this IP.
❌Load times. I thought we were done with that?

Godfall had been on my radar since its announcement back at The Game Awards 2019. The first ever PlayStation 5 title bared a striking resemblance to that of a Destiny-cross-Demon’s Souls like presentation. That should come as no surprise, as the Californian studio is comprised of 75 former Bungie developers, that worked on Destiny 2, prior to Counterplay Games’ previous release, Duelyst. Initiating Godfall’s unique concept, the studio sought financial aid with Kowloon Nights, known for funding smaller independent studios, to avoid any compensation hassles Counterplay had seen from its free-to-play, turn-based PC title. Striving to market Godfall as PlayStation 5’s first Triple-A reveal, the title borrows facets seen from prominent RPG hack-and-slash titles such as Monster Hunter, with our protagonist entailing a litany of artillery, and a diverse moveset for accessible combination strings.

Forbearing its enticing overlay, it’s hard to distinctively delegate Godfall into one primary genre. Marketed as an action RPG/Looter, it contains minor elements of platforming, and major elements of ranged combat. The RPG aspect is provided through the game’s levelling system more than anything. Godfall’s quandary finds the launch title sitting within the same class as Ryse: Son of Rome, or Red Steel; a technical demonstration in hardware capability that shows off its marvellous presentation in aesthetic and design but lacks in quality of life. It entails a forgettable narrative throughout its campaign, relying solely on the title’s gorgeous terrain but omits any encouragement to continue any further after its gameplay loop applies an offering of monotony that tends to last throughout its campaign’s entirety.

Knights of the round and round...

Godfall’s repetitive nature may hinder its reception, but its appeal may lie in what the title delivers by exposing the PlayStation 5’s power. I personally made the immediate comparison to Sony Santa Monica’s God of War, forging an astonishing presentation that would have many a Triple-A developer floored by its mesmerising delivery. Unfortunately that’s where its correlation with the 2018 PlayStation hit comes to a screeching halt. With all the tools at the developer’s disposal to birth a successful property, Godfall brings very little that’s revolutionary to the table. A common divisor in crafting a new IP is to convey innovative experiences; a fresh take on an established genre, but through the looter’s beauty rears its mundane nature. Recycling its simplistic loop bodes for an unsavoury soiree, harbouring an unadorned storyline that does very little to heighten any anticipation or excitement.

Set within a split universe encompassing three vital elements; Earth, Air and Water, the fantasy setting see’s the player take control of our protagonist, a former combatant of the Exalted Knight’s Order. In what seems to be desolate civilisation on the brink of total disaster, our hero’s objective is to prevent a predetermined event of cataclysmic proportion. An apocalypse is said to be on the horizon, and it’s our job to preserve what is left in existence. Our deity is pledged to the Valorian Knights, a warrior that harnesses the will of a God and is able to fend off any unworldly monsters as they make their way towards the Skybreaker Monolith, a mystical floating monument that’s purpose is to converge each realm. As you traverse Godfall’s dystopian nature, you discover a cornucopia of ancient ruins, littered with equipment that varies to suit your character’s class.

Fighting your way through horde’s of ferocious foes, the objective here to climb top the peak of the monolith, in preparation for you final battle against the rebellious God who seeks to destroy all matter. There’s nothing else to expand on besides this barebones narrative, that’s structured to simply elongate its rough, and repetitious exterior. It’s hard to convey Godfall’s inner beauty while it shows so little dedication to its overall delivery in gameplay. There’s definitely heart behind its foundation, and its blueprint shows great promise but its execution is difficult to deduce, dissect or even generalise. There is a resolve, but its plain as day that the idea behind Godfall’s demeanour is simply to control our Knight from Point-A to Point-B, with the hope of pushing some well cloaked microtransactions in-between.

Godfall’s push for co-op is quite evident after a a couple of hours playing the title solo, and experiencing a myriad of moderate pacing. I will defend the studio for its “always online” feature, we’re living in an age now where the internet is in every home that owns a console. If you don’t have connectivity, it’s hard to play a catalogue of esteemed MMO’s, so I have no gripes with Godfall pushing this feature. If anything, its streamlined approach to online multiplayer had me fascinated with the title’s “hot-join” being marketed as a completely original way to join an ongoing session without any queues. That itself is welcome addition to the title that is hard to disparage Counterplay, and its efforts. However, Its subdued, almost fixed battle sequences spaces enemies in ways that almost feel ominous, rather than threatening.

Ranged attacks are heavily insinuated from the title’s cutscenes and marketing, however its melee combat is the star of the show. Holding down L2 and executing a charged attack is seamless, powerful, and annihilates the opposition at a rapid pace. This plays in part with Godfall’s ability to openly string together custom combinations. It’s no Devil May Cry, but it does show off our hero’s ability to promptly pursue targets in a hurry. Customising your character, an offering of 12 classes are put together for your choosing. They aren’t your typical MMORPG labels, rather taking a leaf from Bungie’s Destiny franchise and giving each distinction an obscure title. Each class are assigned their respective skills, including their Passive, Archon Fury Effect which allows your Knight to unleash certain special attacks that are placed within their class, and their Craft Requirements.

A handful of weapon classes will consist of their own skills and move sets. Longswords will eliminate enemies with its Northern Technique, a flurry of supernatural blows that strike them down with merciless force. Dual Blades are the Valorian’s favourite, granting the player a damage bonus for defeating an enemy in quick fashion. Polearms are a defence mechanism, used to control your surroundings rather than its weapon usage. You may still utilise the piece as a ranged artillery, but only stuns the enemy briefly. Warhammers represent the undersized stature of a Valorian against an oversized behemoth, and come into play perfectly when battling an oncoming gargantuan. Dealing damage and stunning the beast will give you the advantage in defeating any oncoming threat. And finally, the aptly named Greatswords. I love the whirlwind attack which allows you to spin the heavy blade, shredding your enemy while allowing you to throw the sword to deal damage to any foe that stands in its path.

Oh, and let’s not forget the frisbee shield. Captain America himself would salivate over this piece of kit. I compared the title’s overlay to that of God of War, and if there was a feature, or piece of weaponry that was inspired by Kratos’ Axe, it was this. Of course, not only are you able to utilise the heavy metal plate for your protection, but throwing the spherical object towards a horde is such a gratifying feat. Tossing it in-between a imposing swarm of grotesque guardians, and then laying into them with your overcharged fists is such an enjoying fulfilment, that you almost forget that its barren borderlands does nothing to encourage you to continue your journey. I’m torn because I do like this game, more than I expected to but it deflates rather quickly after each battle. It’s hard to convey what Counterplay were trying to deliver within Godfall.

Albeit, Godfall is a sensational demonstration in hardware capability. As a game though, it lacks depth and seems to assert itself primarily as a tech demo for the PlayStation 5. I’ll give the title its due diligence, it’s still has a variety of key aspects that make it fun to quickly play through but its tedious nature does nurture its one vulnerability, identity. While many will remember the title for being an astute testimony for next gen hardware, it will be long forgotten for its poorly penned campaign, lack of creativity, aesthetic akin to a grounded Destiny, and desolate environment that protects, or shields the player from difficulty. If borrowing key elements from a Souls title is anything to go by, than Godfall would have an exponential improvement in its overall challenge.

Godfall is an action role-playing game developed by Counterplay Games and published by Gearbox Publishing. The game was released on Microsoft Windows and PlayStation 5 on November 12, 2020.

Story
6
Gameplay
6
Presentation
9
Sound
7
7
Supplied by the publisher, for our review. 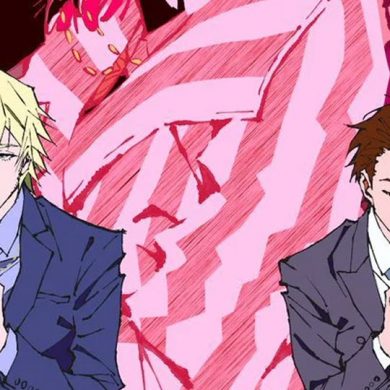