✔️An excellent sequel to Man of Medan, that improves on all cylinders.
✔️An incredibly well-paced horror campaign, with elevated suspense.
✔️Transcends interactive cinema, and shows what the future of Hollywood Entertainment may be.

❌Too many jump scares. Became a little overcompensating to the point where they were expected within certain scenarios.
❌Wonky fixed camera.

Dark Pictures: Man of Medan had me somewhat irked; deterred even from continuing its newfound series that the Until Dawn developer had spawned after the horror-adventure title’s success. Dark Pictures: Little Hope, while some may say aptly labelled, manifests the complete opposite in that context. In fact, it regains some respect that may have waned in the series’ initial entry, with a clearer delivery in almost every facet. I’ve always found narrative driven, cinematic heavy interactive titles to be somewhat polarising, due to its niche nature that may only attract a certain key demographic within the gaming market.

Apply that with the horror genre and mix it with elements that impact your campaign, it will certainly entail a disputed outcome. Sure it broadens the title’s entire landscape, if anything prolongs its potential quality of life. However Supermassive risk their reputation by simply letting the player take full authority over their narrative. But I will admit, carving your own path through the anxiety riddled town of Little Hope, delivers a bountiful sense of uncertainty.

This is what I wanted from Man of Medan. While there is one mainline plot being presented in Dark Pictures: Little Hope, corresponding events that take place in the past also affect your outcome in the future. Familiar faces are present within both era’s, boasting representations of themselves during the trials of the New England Witch Hunts in the 17th Century. It’s an intriguing plot that masterfully hides the lukewarm reception of Man of Medan’s World War II, underwater expedition. Drawing back the curtains from the outlandish hostile “Pirates of the Caribbean” horror, Little Hope grounds its respective entry basing its entire narrative on real life events.

So, this is where things get difficult. Usually, I like to be a little more thorough in my comprehensive explanations behind every game’s story, but being that the title is completely a narrative driven experience, I’ll give you the cliff-notes of its intended premise and then we’re going directly into its gameplay. So fair warning, this may be a little shorter than the average review we publish, but I’m doing so to avoid any spoilers for readers. A group of college students and their professor are stranded in the notorious New England town of Little Hope, known for their violent executions of accused Witch’s in the early 16th to late 17th century.

The premise is representing in unique fashion with he curator asking for the player to complete unsolved mystery of Little Hope. This in essence is misdirection, leading on the fact that you will forge your own path within the entire campaign. However, that’s not entirely a mystery for those acclimated with both Man of Medan and Until Dawn; if anything it’s a given. While the teens and their college professor are travelling through the town, their bus crashes having the entire group experience an apparition where a band of colonists or settlers are executed. This sparks grave concern within the class, with panic beginning to set in.

Trepidation and uneasiness begins to overcome them upon realising that there is a connection between the group of youngsters and their mirrored ancestors. Realising that their bus crash, and their isolation within Little Hope was no coincidence, they begin to study the history of the town, investigating the settlers and drawing a conclusion on the connection between to two timelines. The Curator of the campaign primarily dictates how the story unfolds, more or less subconsciously steering our various protagonists and doing their best in misleading them to their untimely end.

While I would have loved a deviation from the norm in terms of narrative delivery, Little Hope does display variants of both Supermassive’s previous works. Some subtleties in character progression are similar to Until Dawn, while its overall delivery still holds its franchise core facets in Man of Medan. It’s a great mixture of the two that ultimately improves on everything that Man of Medan may have missed. Sure, there’s overcompensating in some quirks within our unlikely group of trapped teenagers, but that’s traditional Hollywood horror. It wouldn’t be a suspenseful feature length cinematic without some cheese added. Overacting breaks the monotony, and while it could it be criticised, I for one appreciated it.

I ain't 'fraid of no ghost…

Traversing through multiple scenarios and maps of Little Hope, you of course encounter various Quick Time events that may trigger campaign altering circumstances. Your path will never be the same twice (that is unless you want it to be). An admirable effort has gone into its writing, with a sublime demonstration of well paced storytelling. Its cinematography in rendered scenarios are incredibly well done, however its wonky camera controls remain a constant that has hindered its experience since Until Dawn. However, developers have taken note and have implemented a welcome addition in camera controls.

Switching from fixed to free-form allows for a better cinematography, and most importantly a solid gameplay experience. This gives the player the option to engage, and captivate themselves just a little more than what was previously on offer. Core fundamentals remain intact, and will be a breeze for those already acclimated with Supermassive’s horror series. Returning, would be my favourite feature from Man of Medan which is the Shared Story mode where friends are able to play together online, and simultaneously portray characters while seamlessly progressing alongside each other in a split-screen format. Perfect for Halloween this year.

Movie Night is for those looking to have a local interactive experience with a group of friends, just like if you were to sit back with a bowl of pop-corn, and enjoy a horror flick. The option poses a similar delivery to Shared Story, only that you designate a character each for up to five players, and whom ever is on screen at the time, the player that chose their respective representative must engage with them. Not ideal for a pandemic but hey, if you have a bubble crew or housemates that are interested in a horror night, but are looking for something a little more engaging, then this is your answer.

Now for those who specialise in horror, are probably pondering on one specific query; is it scary? Well – to put it lightly – it would be a good idea to wear dark pants while playing. However, as scary is at was from the onset, the campaign got to a point where jump-scares became the norm, and were totally expected. Slightly disappointing in that regard, but there will be moments that absolutely twist your stomach into knots, and make you jump right out of your chair. Would not recommend playing with the lights off or headphones on… Just saying. Yeah, it did get to a point where even the prompts appearing on-screen had me at unease.

Decision making becomes imperative to how your relationships form, once again. Interactions and investigations may land you in complete strife with one of your supposed cohorts turning on you. This is ultimately a game of player’s choice but let’s be honest here, it’s actually Murphy’s Law; anything that can go wrong, will go wrong. Easily forging bonds between our team can be a rough trot, but decisions that ultimately influence behaviour between two parties may in fact ultimately determine said party’s safety. Tracking your relationship status between the group through the menu will show who is most lawful, and who may be suspicious. Best advice here? Choose wisely and trust no one.

All in all, The Dark Pictures: Little Hope is an incredible addition, and an amazing follow-up within Supermassive’s horror establishment. From its incredible realism in design, well studied physics and meticulous pacing, and while it may not out do the developer’s magnum opus in Until Dawn, Little Hope shows excellency in what promise this franchise has for its future. While there’s still room for improvement; less jump scares, more suspenseful scenarios, Little Hope has outdone its predecessor ten-fold. This is the perfect addition to a horror aficionado’s collection, and a must have for Halloween this year.

The Dark Pictures Anthology: Little Hope is an upcoming interactive drama survival horror video game developed by Supermassive Games and published by Bandai Namco Entertainment. It is the second of eight planned installments in The Dark Pictures. 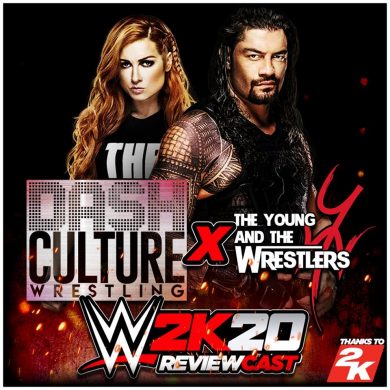