There’s something about point and click titles that have always struck me as deeply inquisitive and highly attractive to its cinematic archetype. A plethora of prevalent studios have garnered massive acclaim, and considered the genre their trademark, or domain. Telltale being notorious for taking a stronghold to the overall market, redefined the category, bringing the archaic genre back to prominence and revitalising it with its library of respected masterpieces, and adaptations of established IP’s with their own original tales. Not only were Telltale able to revive the bygone era of the traditional point and click genre, but inspire an entirely new generation of interactive narrative-driven story telling.

Dance of Death: Du Lac & Fey’s development cycle was a whirlwind of uncertainty for a period of time, where the title had began development back in 2017 with Salix Games announcing the adventure game at MCM London Comic Con with Warframe Art Director Michael Brennan, leading the design team. The title was slated for console but never quite made it due to its cancellation in late October of 2018. A Kickstarter campaign revived some hope for the title, however failed to meet its goal. The team officially cancelled the console ports, due to insufficient funding but decided to continue development on its initial version on PC. Salix CEO Jessica Saunders confirmed that the company saughted a rough launch before funds had depleted, leading the team to work on a pay-by-pay basis.

To me that’s pure dedication to your project, something I unequivocally admire. While the title is loosely based on historical figures Lancelot Du Lac and Morgan le Fay, its unique narrative diverts from any source material and yet keeps its core foundations in check. Small portions of its plotline are mixed with fiction and fantasy that make this investigation story into an engrossing experience. There have been many mediums that have delivered their original vision in Arthuriana-lore of Whitechapel’s “Leather Apron”, Jack the Ripper. The unidentified murder-mystery tale remains unsolved to this day. Mary Jane Kelly, one in the “canonical five” make an appearance as a protagonist assisting Du Lac and the cursed Morgan le Fay in canine form.

In what I could best describe as a homage to Telltale’s Secret of Monkey Island, not only in the form of its brash, arrogant and cocky protagonist, but its overall aesthetic that contrasts the tropical isle to the wintrous world that is explored in third person. Dance of Death’s 10 hours campaign evolves from light hearted to dark and twisted, almost in a unexpected juxtaposition of sorts. With Sir Lancelot’s historic escapades along with the gruesome tale of each murder documented within the foggy streets of London 1888, both he and his trusty sidekick explore each part of the city to find an important clue that may stop the ongoing murders of the “canonical five”, as they were to be known at a later time.

The intrinsic key in finding the mystery murderer of Whitechapel all lies within Mary Kelly, and the mystical secret she carries. Joining forces with both Du Lac and Fey, the trio set off on this incredible adventure of occultic implications. Given the title is essentially a point and click based story, its purely narrative driven and giving anymore away would spoil key parts of its delivery, so I’ll go into the basics here. Cycling through each playable character allows you to attain unique and respective abilities. Much like a traditional Telltale title, Salix implemented what has become the industry standard “choose your path” style, carving out a unique story in each walkthrough. Each resolve may lead to a different outcome for each protagonist as you ultimately seal their fate from the onset.

Interacting with inanimate objects and NPC’s will generally pull up dialogue between each character and can trigger a cinematic cutscene, accompanied with incredible voice acting. From the blustery outdoors to the abandoned churches, each area is crafted with great detail for such an imaginative world. For a small studio to pull of such a broad scope in scale honestly astonished me, proving that creativity is key within this reborn genre. There are some minor bugs that occur within a myriad of interactions, but nothing game breaking that may have been reported within its vanilla launch back in 2019. The title has been upgraded to fix most of its issues, and does a tremendous job in its final iteration.

Its presentation adopts a simplicity that hearkens back to Telltale’s Back to the Future series, with incredible animation applied to its simplistic caricatures. It’s not the smoothest in facial integration, but not the worst either but definitely could use a some cut and polish to make it seems somewhat lifelike. Shading and textures are phenomenally displayed with some great lighting and all round environmental demonstrations that take this beyond a sub-par point and click adventure. Its powerful story does its entire presentation justice, while remaining faithful to the source material. Sure there are some slight deviations that inserts some false-narrative to amplify some encapsulation, but only to pursue its purpose of being suspenseful.

In a charming display of incredible sights and scenes, Dance of Death: Du Lac and Fey boldly attempt to leave its mark within the genre. While I do believe there is some fluff, there sure is a whole lot to be desired within its original take on the unsolved mysteries of Jack the Ripper. While portions remain fictionalised, I believe that this is the folklore’s most engrossing revision told. Its hard to redefine history and have it remain memorable, however Salix have demonstrated that some possibilities are endless if you are creative enough to simply output them, with the notion of leaving the consumer questioning certain events.

Dance of Death: Du Lac and Fey is appropriately titled to garner that “catch me if you can” vibe. Its well established that the Knight was hot on Jack’s trail, yet the manipulative side of the homicidal killer was playing a game of chess with our investigator. Call me fan of this incredible title, it holds a unique demonstration in character progression that I thought impossible given fixed events that would in-turn shape and mould a completely derivative tale, and would assume a “what-if?” instead of a “whodunnit?”. For fans of the traditional point and click category, this is a must have. One to indulge and absorb, with such an embellished story. Dance of Death: Du Lac and Fey is fantastic.

Dance of Death: Du Lac & Fey is an adventure game developed and published by British independent studio Salix Games for Windows in 2019.

Story
9
Gameplay
7
Presentation
7
Sound
7
7.5
A code was supplied by the publisher, for our review. 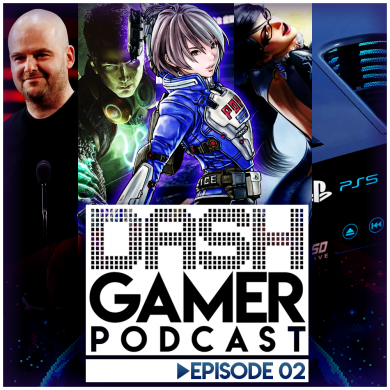