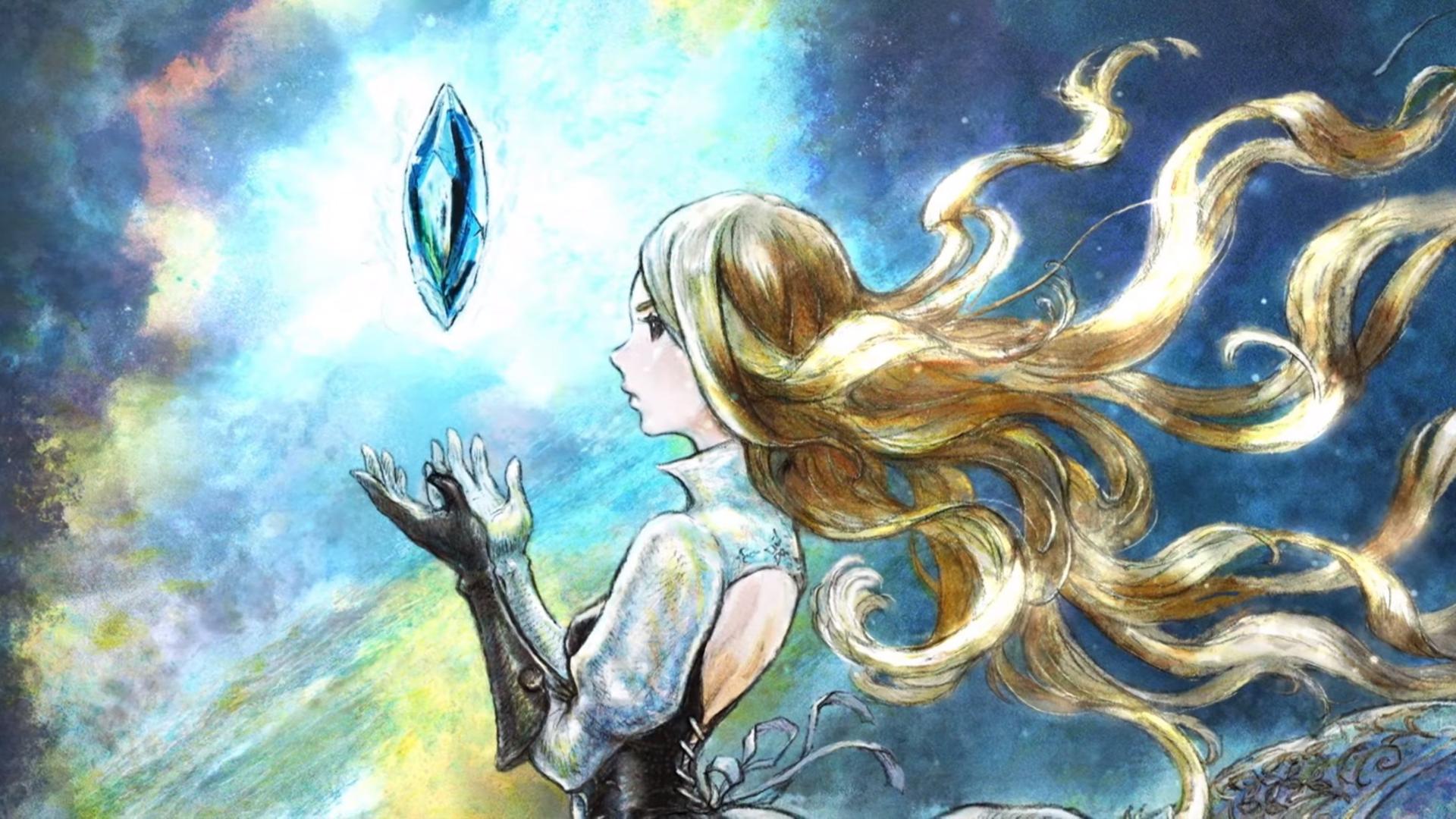 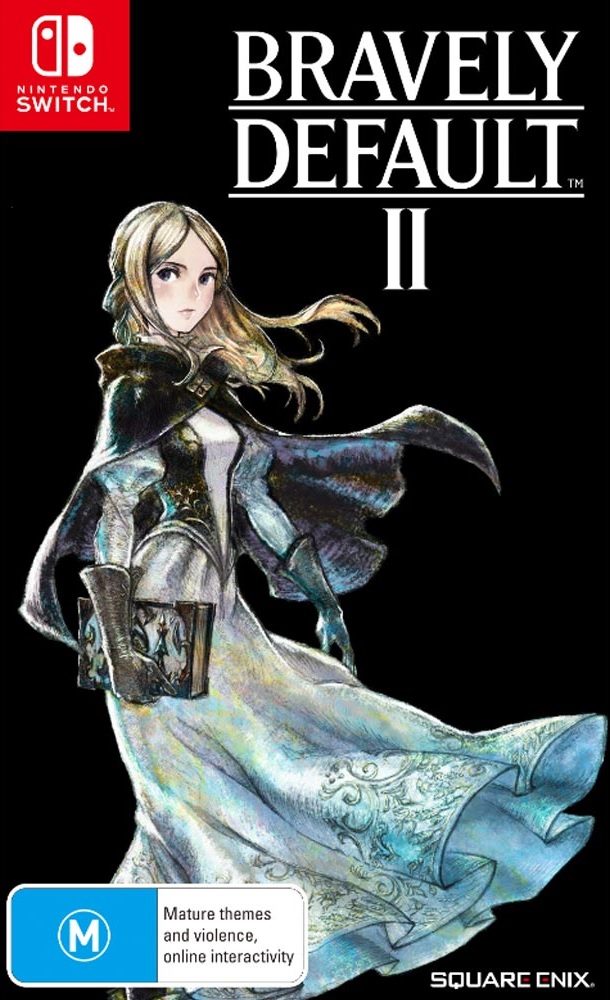 The Bravely Default series has had interestingly intertwining history with a cult following from its initial release, a near decade ago. The Final Fantasy: The 4 Heroes of Light direct sequel, made waves for improving much of the tired turn-based fundamentals that had become above average, and criticised for the series’ lack of direction. Originally titled Bravely Default: Flying Fairy, initiated a spin-off to the long-running JRPG franchise, with Steins;Gate screenwriter Naotaka Hayashi, penning its narrative direction. Japanese development company Silicon Studio, had appointed Tomoya Asano (Final Fantasy Series, Octopath Traveller), as Producer to manage the title and keep it close within Final Fantasy lore as possible, along with with Kensuke Nakahara, leading the charge and stepping into the Creative Director role, for the first time in his career.

Paving the way for a potential franchise of its own, Bravely Default made waves within the industry and became a global sensation. Critically acclaimed, the first chapter had managed to recapture the same magic that Final Fantasy had first bought to its magnanimous delivery, with an incredible story, original gameplay, gorgeous art style and a memorable soundtrack to boot. A legacy was born, and the Bravely series was ready for launch into the video gaming ecosphere. In 2018, Claytechworks was founded by the original development team after development company Silicon Studio had moved exclusively to the mobile gaming market. Asano returned as Producer, with Square Enix appointing in-house Director Shunsuke Iwami, to take charge of the sequel’s new direction.

Bravely Default II leads by example as one of Nintendo’s greatest role-playing exclusive’s. I must admit, I was slightly hesitant to dive back into the title after its prequel’s shortcomings, but its latest entry re-invigorates what bought it to prominence. It’s a reminder that although there are a litany of anime-trope filled JRPG’s scattered in gaming, there are only few that can bare a seal of approval. There is so much to love about this sixty hour campaign and if you’re a newcomer, you won’t have to worry about previous plot extension. A new game, a new setting, and a new story invites one-and-all to experience this charming tale of trials through four daring heroes, as they explore the five continents of Excillant.

Let me begin this by stating the obvious, Bravely Default II is absolutely delightful. A gorgeous design, with a powerful aesthetic heightens the overarching storybook presence within this fairy tale universe. Each map and area is adorned with a fixed perspective to help guide your character through each bustling territory, filled with a range of friendly faces and fiendish foes. At its core, a familiar archetype that carries over old school JRPG like traversing, yet amalgamating the sandbox-like open world of many free-roaming adventure titles. You are given a true sense of scale packed into a small pop-up book-like universe, designed with a prevalent sense of adventure, only to be taken up a notch by its marvellous narrative, and astounding animation. Sure, there are moments I questioned why Claytechworks decided to pertain to the Chibi like character models – a technical constraint that was purely sufficed on Nintendo3DS’ handheld technology and hardware – given the Nintendo Switch’s capabilities.

However when it comes to penning a magical plot, Bravely Default II demonstrates why it sits atop the JRPG category with unimaginable scenarios that engage us in its compelling embrace. A story of a seafarer washed ashore after the Wind Crystal had aided the youngster, during an unusually timed sea storm. Requested by Princess Gloria of Musa, a Nation in ruin, Seth the “Hero of Light” awakens on the sandy shoreline of Halcyonia. Protecting an Elderly woman from a looming horde of Goblins, the hero is joined by a pair of explorers that help the swashbuckler in defeating them. Elvis, a Mage scholar of Wiswald and his assistant Adelle, a mercenary who accompanies the Wizard on his quest for Asterisks, and to find her younger sister. The trio make way to the main town, where they then learn that the Princess’ man at arms Sir Sloan, had been attacked by a group of thugs.

Bravely Default II is quintessential role-playing magic. A wonderous campaign, fuelled with passion and desire. Heart and charm elongate this lengthy adventure worth your attention.

After their devious takedown, the pair known as Selene and Dag, are confronted by Gloria only for the Princess to surrender herself in her protector’s stead. The miscreants then kidnap a young boy as hostage, baiting Sloan into another one of their traps after he was commanded to give the sellswords the Wind Crystal as payment for Gloria’s safety. Without hesitation, Seth, Elvis and Adelle offer to help the Knight and the Princess in making a safe trade for the child’s welfare. While the group plot their rescue mission, Seth discovers that he has been targeted by a shadowing threat, in which the Wind Crystal had been shielding him from. After their encounter with Selene and Dag, the group attain stolen asterisks. Reuniting with the elderly woman the group had saved on the beach, she thanks them with a free service of her boat in hopes of exploring the five kingdoms of Excillant.

Travelling towards Salavon, Sir Sloan and Seth acquaint each other with their respective missions, with the Knight informing the ambitious traveller of being appointed protector of Princess Gloria. The group arrive to partnering kingdom, where they briefly visit the grave of Sloan’s wife. There they encounter Horten, the Prime Minister and aide to the house of Halcyon. He then reveals that he perpetrated the plan to attack Sloan and hand Gloria over to Holograd, along with the Wind Crystal. After his mismanagement of hiring Selene and Dag, the treacherous commander decides to take initiative in hopes of stealing the Crystal, while disposing of the entire group himself. Using an asterisk, Horten transforms into Monk-like appearance and attacks the group. Easily defeated due to his inexperience with the orb’s power, and is killed by the Commander Adam, the possessor of the Hellblade Asterisk, and leader of Holograd.

✔️An enigmatic time-sink that aims to deliver an abundance of quality gameplay.

✔️Follows through on keeping Bravely Default’s spirit alive in a brand new story and lore.

✔️Charming tale of travellers that band together in hopes of saving the world from a malevolent force.

❌Some bugs, but nothing a patch can’t fix; mainly audio mixing issues.

Keeping things uniform, Bravely Default II relies on its founding framework, building on its established Job Classes. Asterisks are utilised as the title’s monetary system, allowing our protagonists to complete and change jobs. A diverse catalogue of 24 Jobs are available, including the five that were at hand from the Demo earlier this year. Among these jobs, I found myself proficient in the Arcanist class. While it’s high risk reward gameplay loop may not suit the newcomer that well, I was lured in by its Necromancy wielding capabilities. A suited choice of classes become available upon completing certain chapters throughout the campaign with this Job available around midway through. There are Jobs available from the campaign’s beginning, but you have the choice to change it up as your progress.

Freelancer, White Mage, Black Mage, Vanguard, Monk and Thief are openers to familiarising yourself with the imposed class system. Each Kingdom boasts a profound beauty in its respective beautiful, water coloured art style, that had me gushing like a child enjoying his favourite fantasy book. A trademark design leads a melding of top-traversing that can be surveyed closely or from afar. Multiple encounters within each map may occur with some difficulty spikes within hidden areas; a hallmark in old school JRPG tropes. A beginner class will be capped at seventh level, encouraging players to pursue other classes throughout the campaign for situations that may trap them into duels that they may be outclassed in. Higher level enemies won’t be shy in attacking, and initiating an encounter.

It’s best to be on task and grind through this expedition and gain as much XP as possible. Upon elevating your level, enemies with weaker attributes will tend to avoid confrontation. I appreciate the addition of having our party sprint across maps, rather than whimsically gallivant casually through each town. It delivers a sense of urgency while venturing from one side of the kingdom to another. Artillery can be collected to reveal items hidden in tall grass and shrubs scattered in each area. A long with the main story – which meaty in itself – there are an abundance of side quests for the player to revisit once they have completed the campaign, or may want to pad their experience by coinciding with the story quest. These can be commenced by approaching an NPC, and engaging in their request. They’re predominantly fetch quests, but are worth the reward in each.

An overhauled Brave system seemingly heightens the overall participation in each battle. Sure it may hold hands here and there, especially those that are unfamiliar with the role-playing turn-based mechanic. BP’s or Brave Points are divided between each party member to utilise. You may find yourself spamming the Brave Command, much like I did near the beginning, but as you find your groove, a technical aspect begins to instinctively kick in. A careful selection of melee and ranged attacks will depend on your character’s class and how you assign them. Health Points and Mana will deplete within each specialised attack, with each ability showing their attack or magic’s cost. Personally, the satisfaction of spending up big on my BP’s, and laying multiple attacks was enthralling, but recycling this technique without real experience will come at a cost later in the game. Best to learn early on, than risk it all.

Accompanied with an exemplary overture, Revo’s “fantasy” aesthetic meshes a magical melody in what would be described as melancholic. After the composer’s memorable feat in the original entry, a composition of gorgeous tunes are spread out here to suit almost every occasion. Blown away by the opening sequence as it contrasted from subtle harmony to booming orchestra, an arrangement of tracks shed light on many emotions that I was not prepared for playing this incredible game. While each overworld demonstrated identity through certain facets, the most important was its music. The battle theme had slight change in tone depending on the enemy, or boss fight you were engaged in. The English dub cast did a tremendous job in localising the title, given the circumstances they were under within COVID-19 restrictions. There are some audio mixing issues, but nothing that takes you out of the experience entirely.

Bravely Default II is quintessential role-playing magic. A wonderous campaign, fuelled with passion and desire. Heart and charm elongate this lengthy adventure worth your attention. A sixty hour time-sink that refrains from fluff, but does everything to keep you hooked within its creative story. A rag-tag group of ambitious travellers unite to take down a looming threat to overthrow the kingdom of Halcyon, and bring peace Excillant. From beginning to end, the plot never stopped delivering quality. This escapade of epic proportions will go down as one of the greatest JPRG’s, continuing the excellence that is Bravely Default’s legacy.

Bravely Default II is a role-playing video game developed by Claytechworks for the Nintendo Switch. It was published by Square Enix in Japan, with Nintendo handling the release in the Western territories. It was released worldwide on February 26, 2021.

Story
9
Gameplay
9
Presentation
8
Sound
9
9
Supplied by the publisher, for our review. 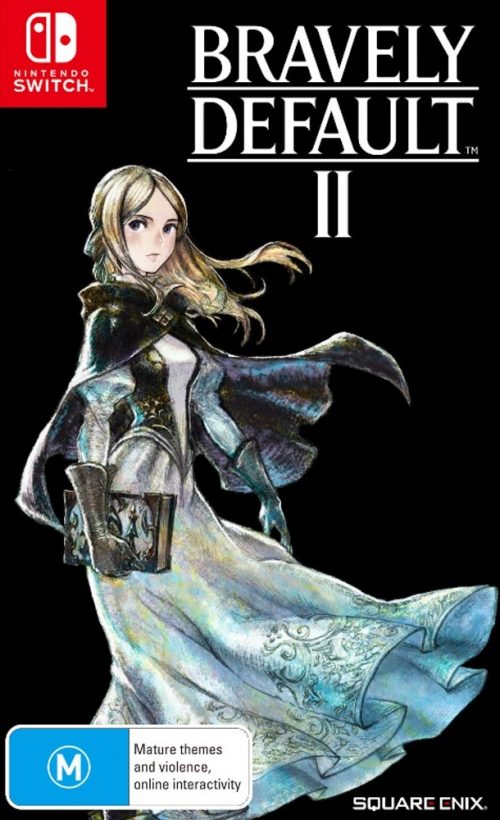