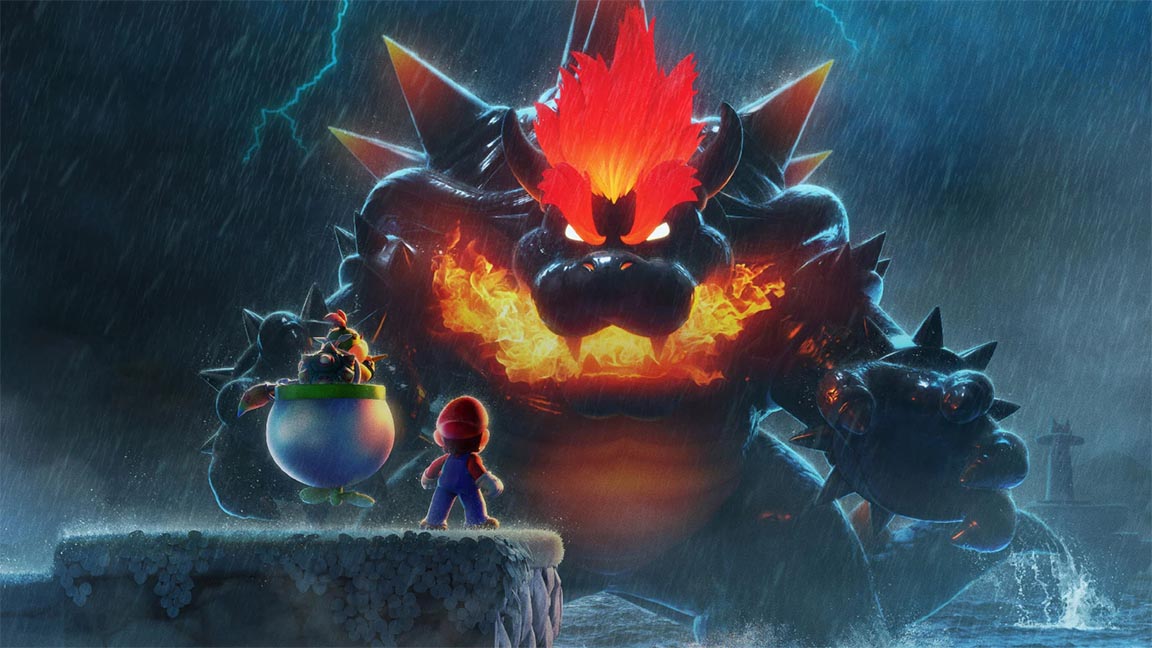 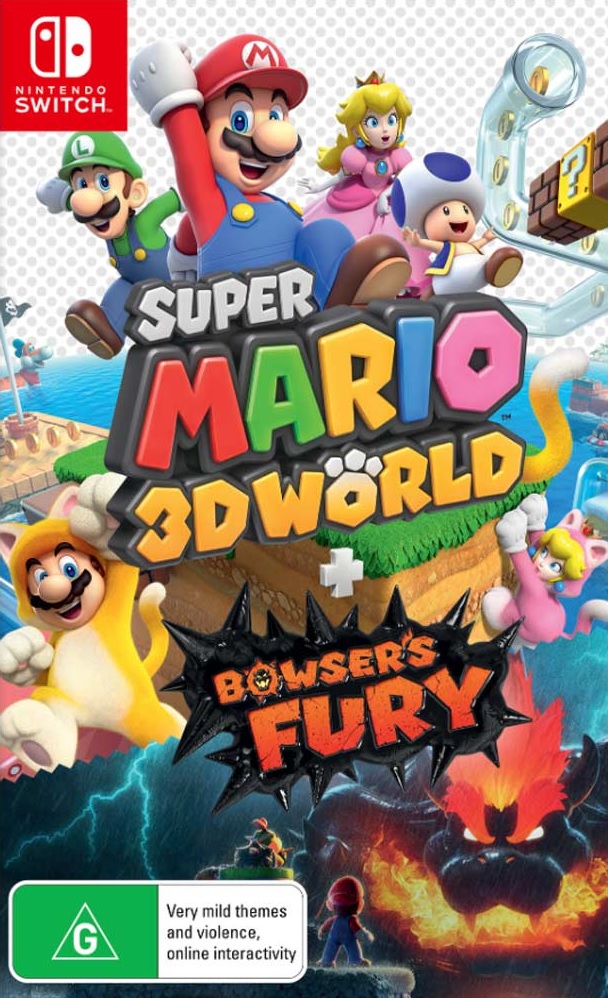 Through the Fire and Flames...

It’s time. One of the most underappreciated 3D Mario title’s has finally made its way over to the Nintendo Switch. Along with it, a unique piece of additional content, which I’ve been yearning to get my hands on for quite some time now. Bowser’s Fury takes the integral framework that makes Super Mario 3D World, one of – if not – the greatest Mario 3D Platformer, and proposes a new twist on the esteemed moustachioed plumber’s escapade. The sandbox like setting places Mario on the isolated enclave of Lake Lapcat, which is surrounded by nothing but the ocean and a black ink-like substance that has consumed his life-long adversary, turning Bowser into an unstoppable Beast. Upon discovering the dark ooze scattered along a pathway in front of Peach’s castle, Mario panics and races closer to a familiar marking left on royal grounds.

Alarming the crimson-capped hero, was an “M” reminiscent to his time spent on tropical resort, Isle Delfino. Much like it did there, the portal activates and sucks Mario through to this Uncharted territory, where Bowser Jr. begs him to help his incensed father, submerged within this mysterious dark goo. Reluctant, but desperate, the Koopa King’s prodigy attempt to lure Mario into aiding him on this request with the caveat that the youngen will assist him along the way. With a looming presence set beneath the daring duo, the dark and deranged defiler rears his ugly head, rising from the goop from his comatose state, his mindset vacant, succumbing to this unwarranted rage. It’s now up to this unlikely duo to explore this strange reality where both Mario and Bowser Jr. stranded, must take down this force of fury that envelopes the Beast.

Fate of the Furious...

The contrast in gameplay loop between Bowser’s Fury and Super Mario 3D World, are that they differentiate in the way they meet objectives and progress through their respective campaigns. While Super Mario 3D world takes form of its structure akin to traditional Mario platformers, with worlds and levels placed across each map, Bowser’s Fury adapts the sandbox like nature that had been implemented in Super Mario Odyssey. One map, complete with unlockable items that open new spaces to explore. The seamless expedition through this voyage takes Mario across multiple islets, where you must collect a new item known as Cat Shines. Each Cat Shine will add to your tally, in hopes of unlocking the dormant Giga Bell that stands as each areas landmark objective. Referred to simply as “The Beast” here, Bowser lays comatose within the black waste floating above water.

After a certain period, he awakens to an unholy rage where he blasts the stormy skies, making it rain fire. To avoid this, you can simply hide behind objects such as light towers which also act as a defence mechanism while the Beast is active. Collecting a Cat Shine will activate the tower’s spotlight which will have Bowser retreat back beneath the depths of the deep blue. Segregated islands of each area harbour their own level structure. Walking through a gate will display how many Cat Shines the area entails, and what the objective is to reach each Shine. I found using Mario’s cat costume throughout this six hour long campaign helped a lot more than others on offer. Using the attire’s ability to climb walls and spin-attack enemies made for some satisfying moments that had been missed during my playthrough of Super Mario Odyssey.

Bowser's Fury may have also twisted the antagonist into disproportionate territory given his unconventional nature in this chapter, but it certainly one I would love for developer's of the franchise to revisit in other forms.

You will find hidden areas carrying multiple items that are accessible by utilising the intended buddy system between Mario and Bowser Jr. It was quite interesting to note that upon activating our sidekick’s AI capabilities, we were offered three options, Little Help, A lot of Help, and no help at all. I wouldn’t recommend the No Help option if you’re looking to complete this adventure to its fullest, as you will need at least a little help from your cohort in unlocking some of the aforementioned secrets. Speaking of unlockables, there are certain elements throughout the landscape that can only be destroyed by Bowser’s laser focused fire beam. These block are strategically placed to keep Mario and Bowser Jr. from accessing hidden areas kept beneath them. Exploration is made easy with Plessie, giving Mario a lift across the separated land masses surrounding the Lake.

Cat-Coins are scattered throughout each level, with a gauge below prompting you how many there are to collect. Upon collecting the feline shaped currency, you will unlock a Cat Shine to add to your tally. These work much like collecting moon coins in Mario Odyssey to unlock a Moon (I mean it makes the exact same sound when the shine is banked). While Bowser’s Fury adapts facets of Mario Odyssey and mixes it with the core mechanics of Super Mario 3D World, there are some oversights that can be addressed here. A monotonous nature sets in after the eighth or ninth scratch with the Giga Beast, where subtle differences are made to Bowser’s arsenal. His moveset changes depending on which area you go toe-to-toe, but your offense stays the same. After unlocking the Giga Bell and experiencing the enormity of this insane battle, Mario Vs. Bowser has never felt so God-like.

A broad brush with Bowser...

✔️Blends fundamentals of both 3D World and Odyssey for an outstanding open world platformer.

✔️Complete the mode at your own leisure; quickly finish in a couple of hours or scope its segregated terrain for hidden gems.

❌Some technical bugs, nothing a patch can’t fix.

While Bowser’s Fury ramps up the overall vibe with malevolent overlord looking to pounce at any time, its pacing does seem a little jarring at times. The partial points of peace across the landmass while the beast takes his slumber is never timed perfectly, rather his awakening comes quite erratically. There will be moments of frustration where you may be trying to complete a task, or an objective and that woeful moment of Bowser coming out to play may ruin everything. It’s like building a sandcastle, and that one kid comes and kicks it over for no reason. Sure, it’s quite apropos for this sludge infested Beast to do, but can be infuriating when you’re just about to collect that elusive Cat Shine, when things take a turn for the worst.

If you haven’t the means to collect a Giga Bell, then your best bet is to wait out the storm in an unreachable area for the Beast to attack. Changing up some notable mechanics from the base game, Bowser’s Fury allows you to stock up on attires, rather than only being able to bank one at a time. This comes in handy throughout your adventure and will most certainly be a fundamental when in left in dire straits. Other fun additions to this quest include puzzles that newcomers may find discombobulating, but fun never-the-less. The invisible platforms that are exposed upon our hero trampling over it, or using Kuribo’s skate to traverse freely across the icy terrain, tumble through a tower of goomba’s and avoid impaling our hero across spike riddled impediments.

Unlocking obstacle courses through means of P-Switches and collecting Blue Coins across multiple islets, or running through a Plessie Gate will have you carefully time each approach. However, I managed to circumvent Plessie’s challenge, by simply avoiding the path the game had created, and simply sped towards the Cat Shine laying at the end of each race. Confounding to say the least that the game would make it approachable by cheating the system that way. You can easily keep track of your adventure by using the Hub’s map, by tapping the the Minus (“-“) button on your Joy Con or Pro Controller. This helps immensely for those that are stuck or interested in knowing which location has more Cat Shines to collect. In spirit of the modes freeform approach, you can simply save the game at any moment by pausing and selecting the Save option. The option to play local multiplayer with a friend makes for a different experience. Selecting the Two-Player option and sharing a Joy-Con, your friend can lend a helping hand portraying Bowser Jr. while you do the heavy lifting.

Running docked at a solid 1080p/60fps and zero load times, the experience as a while proliferates a standard that Nintendo may be heading towards with future Mario entries. The open world structure is no stranger to the Japanese developer, implementing this in established series such as The Legend of Zelda: Breath of the Wild. There are some hitches and glitches that become evident during battle with Bowser, and some frame drops during camera pans but those hurdles can be overcome with simple patch fixes that Nintendo will surely roll out over time. Bowser’s Fury executes a juxtapose between 3D World that places prevalence on the Mario franchise’s ability to change and evolve, whether it be in gameplay, aesthetics, nature of narrative and worldly design. It comes forward as a statement that rations its continuity for quality of life; a certain attribute not many series can apply not elongate.

Bowser’s Fury is an excellent addition to the esteemed Mario legacy. While it may be short, it packs in quite a punch for a fan that is looking for a new adventure to sink their teeth into. There’s a ton of content at this addon’s disposal, with just shy of 7 hours of complete content, plus Super Mario 3D World in the bundle’s base title, you’re in for quite the memorable experience. I’ve always maintained the stance that Super Mario 3D World is the greatest 3D Mario platformer that never quite scored its deserved acclaim from fans that may have missed the Wii U era, but not only will this re-release allow players the chance to adventure through this incredible exploit, Bowser’s Fury may truly pave the way for the predominant open world experience fans are seeking from Nintendo’s Mascot. Bowser’s Fury may have also twisted the antagonist into disproportionate territory given his unconventional nature in this chapter, but it certainly one I would love for developer’s of the franchise to revisit in other forms.

The campaign follows Mario as he winds up in a place called Lake Lapcat and teams up with Bowser Jr. in order to stop Bowser, who has been transformed by an inky substance into the morphed Fury Bowser.

Story
9
Gameplay
10
Presentation
10
Sound
10
10
Supplied by the publisher, for our review. 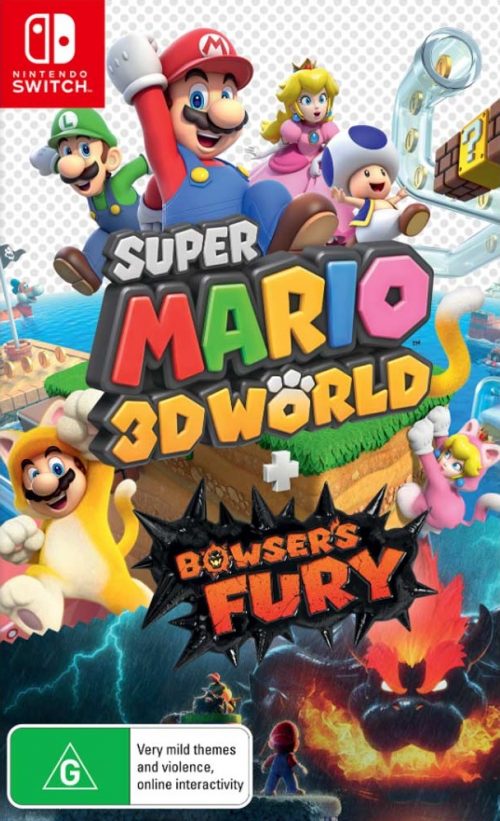 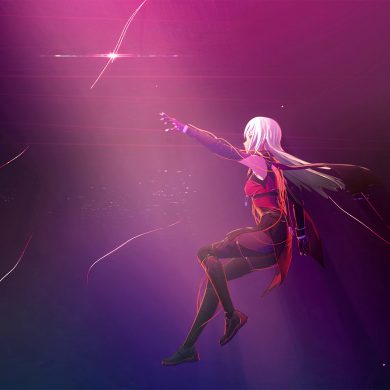