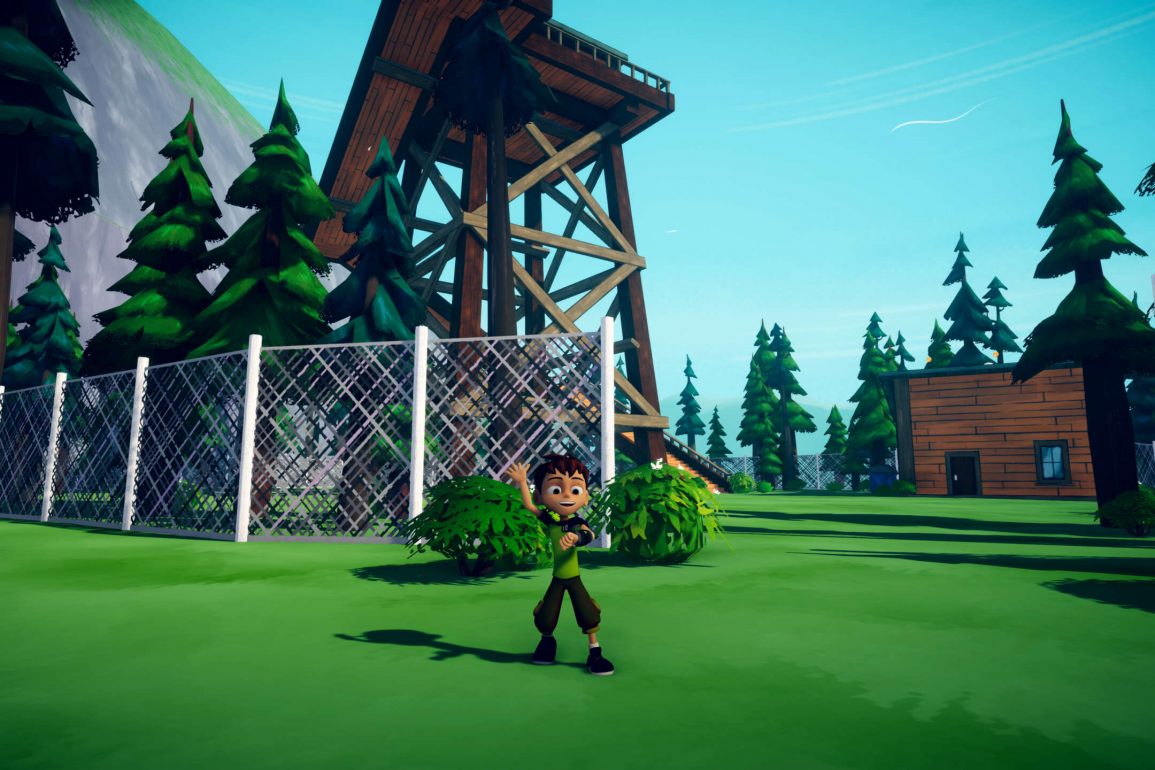 Alright, let me preface this by stating that this is not our average, run-of-the-mill extensive look into a gaming masterpiece. This is a kids game. So it’s fair to say that you already know why you’re here. You’re looking for the right choice for your youngster to enjoy; not that there’s anything wrong with a 32-year old grown-ass man playing Ben 10: Power Trip… but its niche is not necessarily aimed at the adult market. It’s also fair to justify that I’m reviewing the title with a fairer outlook than I would a “Last of Us” per se. But in-depth would probably be a fair stretch here. So just a fair warning, if you’re not here for some clarity behind purchasing this title for your kid, then this review is most certainly not for you. In any case, let’s begin.

I was surprised to see a Ben 10 title land on my desk, as I had believed the series had wrapped generations ago, but boy was I wrong. I seem to forget established properties within cartoons and entertainment see a recycle phase, and reboot every so often. Especially for those that seem to have everlasting praise from its younger fanbase. Shame they couldn’t get The Flintstones reboot to work; albeit Ben 10: Power Trip, is not that bad of an Adventure title. The fantasy style, sci-fi escapades of a younger Ben and his cousin Gwen, with Grandpa Max in tow deliver those old-school Cartoon Network vibes you may have once received as a pre-schooler that enjoyed the demographic.

Its over-the-top embellished action screams complete lunacy, as a cartoon absolutely should. Imaginative dialogue and fascinating characters help this somewhat satisfying adventure, laden with a few minor bearings. While the sandbox-like open world does do the title favours, its minimalistic approach does tend to become monotonous over time, and your child may be in wonderland for their first week or so, but after a while may find it somewhat cumbersome. The campaign is quite narrative heavy, with our antagonist Hex stealing Ben’s powers in hopes of taking over the universe. This of course is just a set-back for players to simply traverse through its bottlenecked narrative.

Adventuring through the European inspired peaks and lush environments of a pine hampered forest, you’re guided by an Australian park ranger, who warns you of the danger that looms across its vast world. So, “vast” could be used however broad would not be best to describe this title. Variety does lack in specific areas that certainly would have benefitted from additional items and unique enemies, but again it’s a kids game. You can’t really change up the scope of things to drastically, or else it all becomes too overwhelming. However, if there’s anything that I can compare this to, is old school Spyro. I’m talking like the very first title. Big land, small confrontation.

It does display its fair share of immersive activities that will keep kids busy for hours, but after it’s all said and done, there’s a real lack in quality of life for the game. Returning to the title will only set a precedence that likely demonstrates a “re-run”, and kids aren’t as patient as they used to be, that’s for sure. Four regions of the map contain similar, but somewhat sparse quests that are more or less collection based objectives in hopes of Ben restoring his powers, and also acquiring multiple Omnitrix transformations. The design itself is quite nice; yeah sure there’s a lack in attention to detail but you don’t need to be slathering models with high quality textures for a title that honestly, doesn’t need them. The shaders applied are actually of quite surprising quality, and helps contrast the lack in detail.

But once passing the title’s prologue, its uninhabited. A vibrant environment desolate of any life forms. You essentially walk this world alone. Quite the juxtaposition in turn of its overture. Everything seems so expeditious, bubbly and vibrant, but its empty world is derelict and bleak. It paints a picture of the title’s own development, and how it may have been somewhat rushed to store shelves, amidst the Coronavirus pandemic. Sure, there could have been some vast improvements made but the title does its job in some cases. Will it keep your kids busy? Sure. Will it keep them entertained? somewhat. Will they get bored? depends if they like the franchise. However, its ambitious gameplay does help keep you entrenched within its childish narrative, and that’s what’s important here. It’s a kids game, and it’s sold like a kids game. So yeah, I’d still get it for my kids.

In conclusion (and trust me I hate using that term), Ben 10: Power Trip is fun. An creative take on the established long-running Cartoon Network franchise, that see’s a new generation of Ben 10 unfold. Sure, the game has its issues but like many children that watch a movie 100 times over, that won’t be an issue of any sort here. A bright and bubbly design with a variety of NPC’s that will make your kids chuckle with laughter, and an imaginative escapade that will enamour them for a timely period. Ben 10: Power Trip is worth the price of admission for your kid’s delight.

Ben and his family are enjoying their European vacation… until evil magician Hex unleashes the power of four mysterious crystals! Only Ben 10 can break the curse – so get ready to transform into powerful aliens to battle enemies.