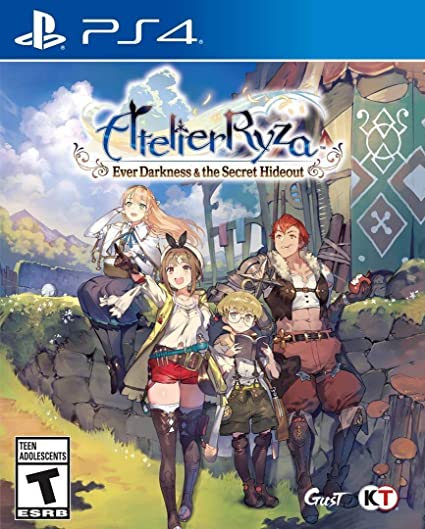 Atelier’s rich history dates back to the golden age of gaming. Primarily a PlayStation exclusive, the series maintained a cult following dating back as far as 1997, with its initial launch of Atelier Marie: The Alchemist Saiburg. The title received critical acclaim for changing the dynamic that had been set amongst other series within the genre, introducing a flurry of gorgeous environments, and the inclusion of a rich narrative, carved a path for sequels that followed. With four sequels directly attached to the Japanese exclusive, the Atelier series finally launch in the West with Atelier Iris: Eternal Mana in 2005, and Australia in 2006. While having a strong legacy attached, the title had stiff competition parallel to its launch with Persona 3 launching soon after for the PlayStation 2.

A litany of Atelier titles were developed for multiple systems including the PlayStation 3, PlayStation Vita, PC and Nintendo Switch, with various themes attached to the ongoing franchise that differed with each release. Atelier had seen moderate success across its history, but its public reception in popularity began to gradually cascade and was in dire need of renewal. Atelier Ryza aimed to reinvigorate the franchise with its contrast in aesthetical tones that deviate from anything experienced prior. While persisting in its fairytale like narrative, it diverts completely to a form of realism accompanied by crafting and elements of alchemy. Subtle improvements are made in way for universe exploration, and cinematic structure. Its a “soft” reboot for the series that enters its 21st entry with “Ever Darkness & the Secret Hideout”, and a story unexpected.

Home is where the Heart is...

Meet Reisalin Stout, living a quiet life off the small enclave of Kurken Island. The young teenager dreams of excitement and adventure while traversing the vast and open areas of Kurken’s gorgeous terrain. Eager to spark some excitement between herself and her close friends, she plots to leave the Island and travel towards the mainland’s rift with hopes of meeting new people. Reluctant, both her friends Lent and Tao oblige “Ryza” on her request, and set sail. Upon arriving, the group are confronted by Klaudia, but immediately befriend the young girl with Ryza’s infectious personality. Without a thought, she agrees to accompany the trio on their journey until they gang are rushed into battle, ambushed by a monster. They’re saved by a young alchemist, Empel Vollmer and his burly bodyguard Lila.

It's whimsically charming, while pushing certain boundaries of narrative and character development within its respective arc...

Praising the young virtuoso, Ryza is immediately drawn by his abilities and invites them along for the journey as her “apprentices”. Embellishing her wisdom and courage, she begins to learn more about Empel’s majestic powers in hopes of heightening her combatant capabilities, along with with Tao and Lent’s beginner’s training. With no plans to return to Kurken Island anytime soon, the group discover an abandoned house which they restore to become their base for operations, officially dubbing the camp “Ryza’s Atelier”. While the group were busy reconstructing the crumbling shack, Klaudia had sought her father’s approval in joining Ryza’s campaign after the group earn his trust and respect. Ryza’s group begin to attract the attention of locals, with increasing popularity garnered through their heroics but are admonished by a former friend of Empel’s.

Bos Brunnen begins to spread false rumours of the group conspiring to overrun the mainland and cause issues between the peaceful region, more specifically his former best friend and his associate bodyguard. Bos’ father is made aware of the group’s investigations around the area and seeks to have the entire gang evicted and eradicated. After their devious plot fails, Bos’ makes a getaway towards a portal that leads them to an alternative universe known as the Underworld. Aided by his personal servant Kilo, Bos quickly orders the behemoth to guard him from Ryza’s party. The group are then informed of the Underworld’s being completely robbed of its water supply centuries ago by the Klint Kingdom, allowing a race of insect-like creatures known as Philuscha to raid, pillage and plunder the entire sector.

Beyond this point of the Atelier Ryza’s compelling narrative, lies its familiar turn-based combat that any JRPG devout will easily adapt to within minutes with inclusion of its trademark alchemy component added for individuality and identity to the Atelier series. For those that may know the modernised turn-based strategic form that has become the norm throughout a myriad of notable Bandai Namco role-playing titles, a modified twist in real time initiation allows a free form technique to take place, while appointing certain manoeuvre’s in cascading effect for a chain reaction. You can assign how your party takes directives, either by Ryza leading them, or have the computer appoint an appropriate attack themselves. Each battle is rewarded with action points that help boost your party’s experience in Special Attacks and tactics.

Ryzing to the occasion...

✔️Heart, soul, charm and excitement all compartmentalised within this excellent fairytale.

❌Lacks in the design department, hopeful some aesthetic improvements in its sequel.

While exploring new areas within Atelier Ryza’s mainland, you will come across various items that will help discover new possibilities and capabilities that apply within the title’s central theme of alchemy. Collecting multiple resources such as ingredients for recipes and potions are all vital for survival within Ryza’s universe. The title’s casual approach does not make it mandatory for players to crawl, and crunch their way through collectables, it rather suggests you do so for a smoother gameplay experience while giving attention to the narrative. Much like the traditional JRPG, you can seamlessly streamline your campaign approach, speed-running your escapade to its very end, but to indulge yourself and appreciate Atelier’s intent, the meticulously crafted cavalcade of worldly environments will certainly brighten every campaign element, that much more.

An automated system in collecting various crafted items has been implemented to cater to those that are here for its story, rather than Ryza’s complex experience. It makes for an accessible attraction to a younger generation, acquainting themselves with the diversity and longevity of an entire role-playing campaign. It can be an arduous task to complete a Japanese role-playing title with a seemingly lengthy story attached, along with its ranged features that excel in presentation, and raise the bar within expectation but also tend to stifle and prolong certain elements with aimless banter at times, and the Atelier franchise is no exception.

Regarless, the campaign penned here is excellent. One of the best JRPG’s I’ve played in quite some time. While its lack of localised performances had me perplexed, as I am a “dub” guy, I was still taken back by its bold narrative. Explaining here does not do it any justice. It’s imperative to see it for yourselves, if you are looking for that next big time sink. In saying this as well, Atelier Ryza is not that long of a title. For the industry standard in Japanese Role-Playing games, we know that 30-50 hours seems to be the sweet spot, with the Persona/Shin Megami Tensei series going overboard at 100+ hours. But Atelier has set the bar at a comfortable 25 hour campaign.

A welcoming change of pace for someone that absolutely adores an incredible “weeby” adventure. In addition to this is the title’s overall presentation, aesthetically speaking, it’s a gorgeous title with lush environments and cute character models but does lack some detail in other aspects. In laymen’s terms; it gets the job done. A beautifully arranged soundtrack by series veteran Kazuki Yanagawa, relays a soft and subtle composition with contrasting impact in intense moments the narrative portrays. Composer for Multiple Dynasty Warriors and Warriors spin-off titles, Kosuke Mizaukami, illustrates confrontation perfectly with bumping beats that blare out expeditious encounters between our heroic party and their heinous foes.

Atelier Ryza: Ever Darkness & the Secret Hideout is a sleeper hit. The Atelier series has seen moderate success throughout the last two generations of gaming, but with the Ryza arc seeing its sequel on the horizon, it surely to spark a newfound hope for its potential. A franchise with soul and innocence, along with heart and confidence; certainly to admire and cherish. It’s whimsically charming, while pushing certain boundaries of narrative and character development within its respective arc, all while doing its best to progress and tell a tale of this young girl that only wanted to take a trip to the mainland, but was met with the task of saving an entire universe from corruption. An alluring fairytale, and one I will no doubt appreciate for years to come.

Atelier Ryza: Ever Darkness & the Secret Hideout is a role-playing video game developed by Gust Co. Ltd., and originally released in Japan for the PlayStation 4, Nintendo Switch and Microsoft Windows in September 2019.

Story
8
Gameplay
9
Presentation
10
Sound
9
9
Supplied by the publisher, for our review.
Steam Playstation 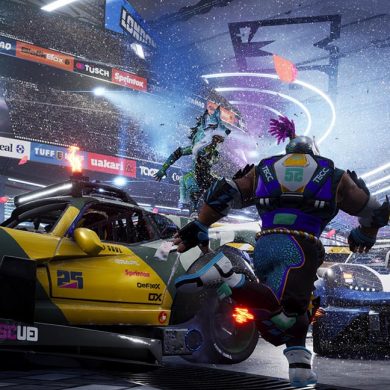