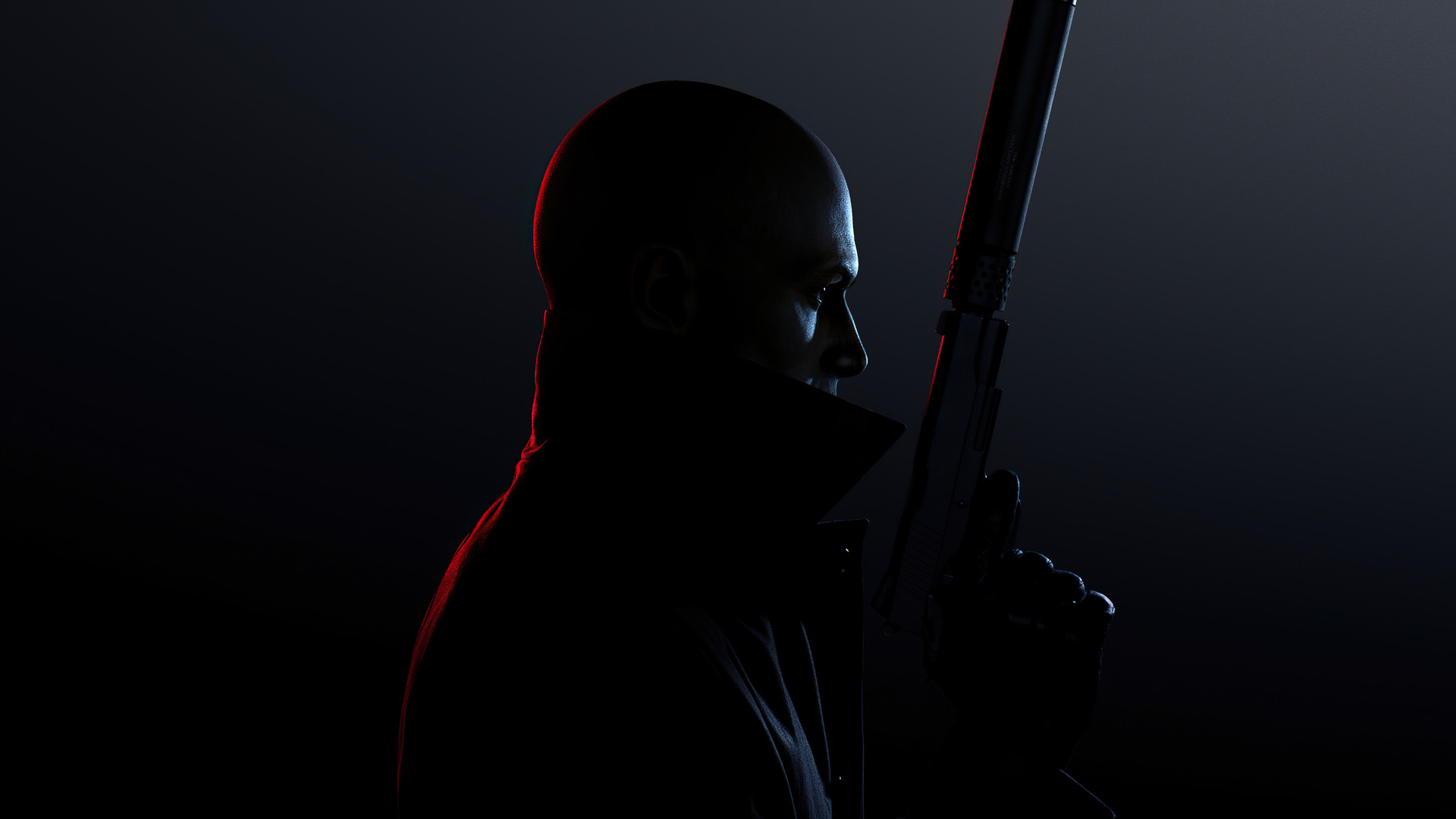 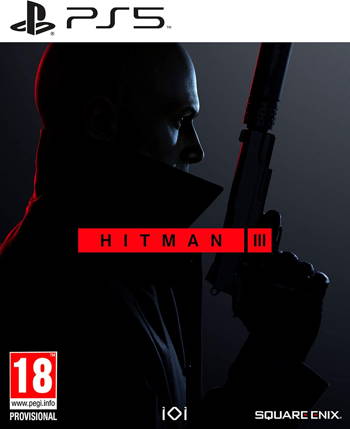 Hitman has certainly come a long way since first appearing back in December of 2000. While the series lukewarm initiation was received with some criticism in “Codename 47”, the series hit its stride with Hitman 2: Silent Assassin, and became a global phenomenon as the beloved bald bludgeoner bursted his way onto multiple platforms, most notably the PlayStation 2. The game itself sparked international outrage due to its controversy of innocent killings, in which Publishers Eidos Interactive were steadfast in removing from both the Windows and GameCube versions of its release. Within its bold reflections, Hitman had garnered the success it needed to pursue itself further into its series, with developers IO Interactive acting expeditiously, and releasing Hitman: Contracts the following year.

Hitman: Blood Money seemed to stall the franchise after hitting a creative wall, placing Agent 47 on immediate suspension until further notice. In an attempt at rebooting and possibly wrapping the historic, yet polarising lineage of stealth titles, Hitman: Absolution was released six years later, and its narrative suggested that this was indeed 47’s final foray, while its gameplay was only telling half of its intent. While Absolution was ineffective in respelling any success in the established line-up of Hitman’s canonical proceedings, Square Enix opened their Montreal based Headquarters in hopes of delegating Hitman obligations exclusively to the French-Canadian team. Development for the World of Assassination arc was underway in 2014, with lead designer Michael Vogt stating Absolution was merely the blueprint that would redesign Hitman’s integral gameplay loop.

Now, five years after Hitman (2016) was re-established, rebooted and re-invigorated, the clean cut feel of this trilogy defines Agent 47’s early beginnings, with an interesting escapade that takes our coerced contractor around the world, eliminating his suspects with his trademark vacancy. His emotionless override being infectious as it is, 47’s fixing ways shine with a plethora of premeditated decisions to keep Diana Burnwood’s cliental satisfied. The fascination of portraying a hired gun travelling the globe, stealthily breaching and trespassing while doing your best in persuading and manipulating the surroundings, ultimately carving a path towards your goal in taking out your target, an alluring leadup to each cases climax is immensely savoured.

As noted Hitman III, finalises the World of Assassination Trilogy, following-up on Agent 47’s previous escapades in prior entries within its concurrent chapter. The framework for its success has already been well established with both Hitman and 2018’s Hitman 2 respectively. While leading an entirely new chapter within its story, Hitman 3 retains the facets of Hitman 2’s freeform approach, allowing the player to progress at their own pace while meticulously roaming each sandbox-like environment. It plays on the old adage that made its prequel just as big of success as its initial entry into the arc; “if it ain’t broke, don’t fix it.” A devout audience will appreciate much of Hitman 3’s gameplay loop and overall appearance, due to the simplicity the series has delivered in its streamlined UI system. An accessible inventory that is rapidly checked and switched out, makes for swift course of action.

From rebooting, and retelling Agent 47's early days of becoming Diana's personal executioner, to pleading his case for personal resolve, Hitman 3 is leads the charge in 2021 for compelling action-adventure.

Carrying contraband can be quite the nerve-wrecking task while being patted down. What to do? Be smart, be sleek, be covert and carry a briefcase containing Agent 47’s silenced Hardballer. With each Non-Target Kill, you may gain experience but comes the risk of being caught out easily, so ensure your surroundings are completely clear before utilising that handy fish wire. Camouflaging your compromised accoutrement is as easy as assassinating the closest assailant (or innocently knocking them out) and de-robing them. I do wonder how 47 tends to be a natural fit in everyone’s attire? Video Game logic though, am I right? Obtaining gear has a variety of uses including the aforementioned identity change, access to restricted areas that may only pertain certain levels of clearance to enforcement of higher rankings or of vital appearance to the situation.

Agent 47’s stoic nature fits part-in-parcel of his content nature in discarding limp bodies of either the unconscious or dead. Scooping up the remains of his work and placing the victim in certain areas will give the gunman enough time to make a nonchalant escape, without anyone suspecting otherwise. Keeping a body in an exposed area will only raise an alert. Worse is knocking out an challenger, hiding in the closet only for an ally to your enemy coming to their aid and for them to identify you, completely compromising your current appearance, leaving you no choice but to either make a run for it, or to quietly take out another unsuspecting patron, all to ultimately steal their clothes, guns, knives, key cards and any loose change (the last one may be embellishing, but I’d like to imagine).

Screwdrivers, blades, wrench’s, axe’s, hammers and ice-picks all come in handy when needing a quick kill in order to distract other enemies. Bypassing swarms of security can be a task in itself, but 47’s espionage excellence is excessively sleek, with a simple coin toss that diverts their immediate attention, deviating from the “script” playing out for our protagonist to make his shy getaway; an unbelievably rewarding scenario if managed and pulled off correctly. The idea of eliminating each target within each case file, then making a quick exit comes with some caveats in later cases. Differentiating and elevating Hitman’s overall intensity, you may find its third entry to be a little more adventurous in challenging your developed skills from its prequels, most certainly a highlight in my overall experience playing Hitman 3 was its extensive risk taking that prolonged my journey with some stoppages that barricaded Agent 47, causing some stressful yet compelling moments.

✔️Fascinating conclusion to the World of Assassination arc.

✔️Agent 47’s resolve compels you to wrap this immersive campaign.

❌Get ready for those Microtransactions.

❌Campaign could have been a touch longer, but still appreciate what was given.

Hitman 3’s poetic justice comes in form of not only an incredible narrative that has obliterated, almost retconned its esteemed legacy before it, but has raised the bar for its own genre in open-world, third person espionage-action titles. Its beauty and wondrous grace leads its astounding overlay, backed by the power of next generation consoles that may levy power for apparent improvements aesthetically and mechanically. The awe in gauging your reflections upon the opening moments of the title while scaling the sides of a luxurious high rise building can be literally blinding (in a good way), with an almost natural essence of the sun’s glare bouncing of the bald head of Agent 47. After skydiving our way onto loose ledges surrounding the tower, we cautiously infiltrate the reception area leading to an exquisitely designed foyer for the rich to mingle.

From first glance, I knew that IO Interactive had moulded something impressively, that improved on every detail that they had placed on entries prior. The development studio lifted pieces of aesthetic beauty that had been critically acclaimed in Hitman’s trilogy, but had truly outdone themselves with a remarkable focus on redesigning key aspects in its environment, making for such an immersive exploit. From pillar-to-post, head-to-toe, and everything in-between, Hitman 3 is a sight to behold. An absolute delight in demonstrating a resounding resolve to improving upon every facet from its previous instalments. Its architectural design also gives players an easier terrain to traverse through, without having to revisit the same room a hundred times. A welcoming improvement.

The overture brings an overbearing sinister impact towards Hitman’s bellicose nature. The cantankerous melodies that spark looming instances in opening moments fade out giving players an idea of what may lie ahead within each mission. Heavy drums drown out intense scenes with meaning or cause that in turn impact Agent 47’s resolve in narrative, but most importantly is our protagonists calm demeanour in portrayal. Even in moments of anxiety, the deflective, dulcet tones of 47’s apathetic character seem to sober the angst and apprehension, even the butterflies that may flock while doing your best to avoid confrontation. The amalgamating factor in melding all these facets together, fulfilling your duties and setting forth, rendezvousing at the exit is such a thrill seeking joyride.

Hitman 3 is unequivocally IO’s magnum opus; a tour de force within the overall longstanding Hitman franchise, and its essential pick within the trilogy. Of course, playing the first two within the World of Assassination arc will augment excitement heading in, and will no doubt make you appreciate the feats and accomplishments that are delivered here. An entire trilogy is now in your hands; for you to portray the ultimate gun for hire, a weapon to eliminate. Travel a myriad of multiple landmarks and partake in one of the greatest gaming trilogy’s, ever. From rebooting, and retelling Agent 47’s early days of becoming Diana’s personal executioner, to pleading his case for personal resolve, Hitman 3 is leads the charge in 2021 for compelling action-adventure.

Hitman 3 is an upcoming stealth game developed and published by IO Interactive. The game will be the eighth main installment in the Hitman series and the third and final installment of the World of Assassination trilogy, following Hitman and Hitman 2.