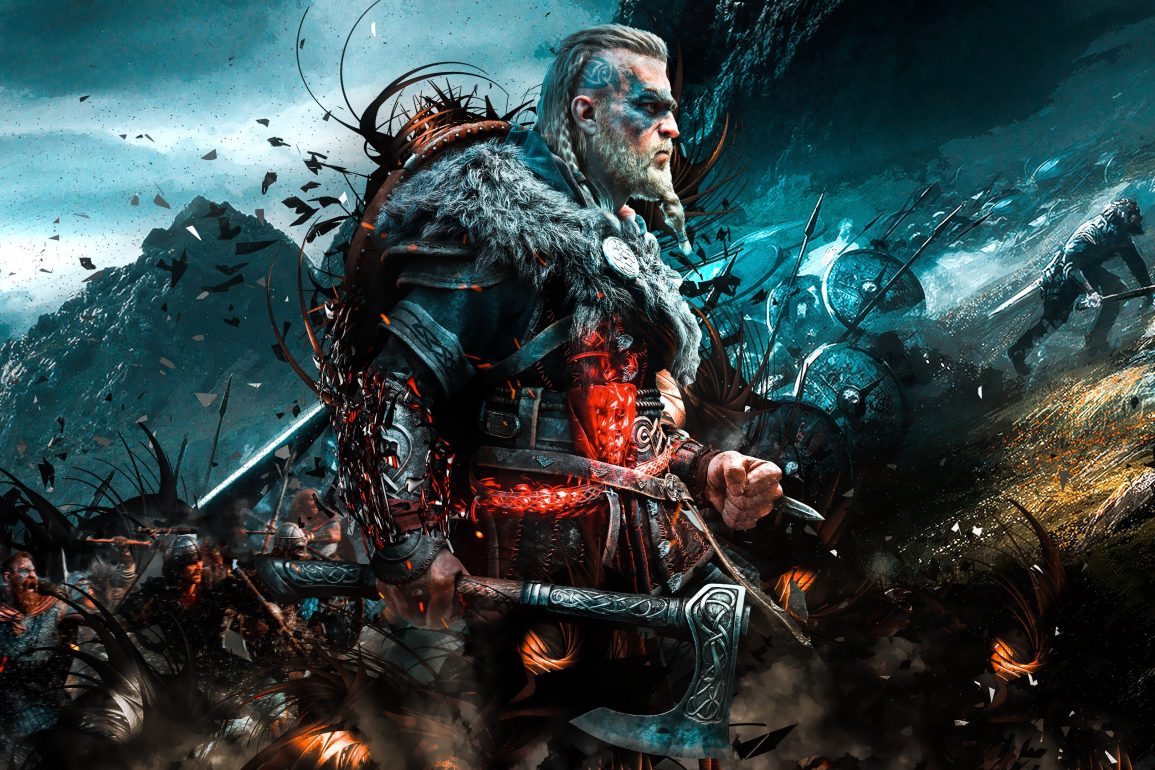 ✔️Visually stunning. The best title for displaying XBOX Series X’s capabilities.
✔️Captivating narrative. Deviating itself from series’ title’s of the past.
✔️Combat is second to none. Has some of the most compelling moments within its suspenseful encounters.

❌A little on the lengthy side, but I wouldn’t call it bloated.

I have to admit, I’m surprised. It’s been a while since I have had the pleasure of experiencing an Assassin’s Creed entry in full. The last title I finished to completion was Assassin’s Creed II; you may find that to be the consensus of the devout fanbase the franchise entails. Assassin’s Creed hit a lull upon being annualised, with recycled garble once the series itself attained enormous popularity. It had become the Call of Duty of Platforming RPG titles. Unfortunately as the releases kept coming, the franchise and its quality of life was waning, so was its creative writing. Fans had grown frustrated and tired of Assassin’s Creed’s monotony, which put developer’s on notice. The series hit a wall and was shelved for a year in development purgatory, with an idea of a refresh incoming.

Assassin’s Creed Odyssey was the series’ reclaim to fame, with an amazing plot, and re-invented playstyle that it so desperately needed. The idea of choosing the gender of your protagonist was an admirable effort by the French-Canadian developer, showing true diversity – something the platforming genre had lacked for quite some time. Attributing to all these feats, Valhalla improves upon every facet put into its predecessor, and focuses on its backstory in hopes of delivering 2020’s biggest action title to gamers, and the next generation. Assassin’s Creed Valhalla manages to recapture the same magic that had fans clamouring with appraisal of its intended reboot, however manages to heighten emotions with a formulaic approach that has shifted expectation, to complete suspense and awe.

Beginning in the Snowy Norwegian alps, the campaign begins with our young protagonist Eivor celebrating the union of two opposing clans becoming one. After gifting their partnering clan’s leader a gift, their camp is ambushed by a rebellious army led by Rogue leader, Kjotve the Cruel. Eivor’s paren’t direct the child to take shelter within the camp, and to stay out of harm’s way. Intrigued by the war waged, they make their way to the outside, where the child is almost decapitated by the bearded barbarians. Their mother saves Eivor, with the youngster crawling across a carriage, and making a speedy getaway with their mother in tow. After placing her child on a horse, Eivor’s mother instructs them to run. With their mother attacked by a swarm of vicious Vikings, Eivor leaps off the horse in an attempt to save their parents.

The child wields a rusty sword twice their weight, but drags it ambitiously towards their mother’s confrontation. They’re made helpless upon the horde gazing on from afar, but in an act of defiance the youngster makes an attempt to no avail. Thankfully, their older brother Sigurd, saves them with the trio then making their way outside to find their Father confronting the devious Kjotve. Knowing full well that their clan were outnumbered, the two strike a deal that see’s Eivor’s father sacrifice himself in favour for saving his entire clan. Foolishly, believes the merciless tyrant, and kills himself. After his sacrificial act, Kjotve instructs his army to kill every last one his family. Eivor’s mother is murdered in battle, with Kjotve setting his sights on killing the young boy not until his older brother expeditiously swoops in and scoops Eivor onto his stallion, as the daring duo race away from the war.

As the two hopefully younglings make haste through the blizzard, their horse is attacked by flaming arrows. With their means of transportation down, the pair scale down an icy cliffside, where Eivor is then confronted by a hungry wolf. With the youngen unarmed and vulnerable, he tries his best to defend himself. It is then a pack of ravenous ravens come flocking in to save the child, with Eivor hoping to reach his sword. The Wolf makes a leap towards them, and then – freeze frame, glitch out; now you’re probably wondering how we got here? Dialogue interrupts the moment, with the scenario put on pause. We then hear the familiar tones of our modern day protagonist Layla Hassan, who is being directed by the scientist that is controlling the animus from its exterior. This is where the fun kicks in, and our campaign truly starts to unfold.

Not to downplay how the story began. In fact, I found the prologue to be quite immersive and encapsulating to the point where I completely forgot that I was playing an Assassin’s Creed title, until the glitch out effect occurred. It was the ultimate reminder that in narrative, I was experiencing a simulation. It mesmerises that gamer astonishingly well, drawing you in with a deluge of delectable art style’s that are displayed quite boastfully throughout the onset. Its cinematography is almost second to none of what we currently are witnessing, heading into the next generation of video gaming. This accompanied with the suspense of quicktime actions, and meticulous dynamics make for an incredible amalgamation of exquisite expressions. All feats and formulation within Valhalla make for the series’ most fascinating title, yet.

Many of Assassin’s Creed’s fundamentals are still in play. You can never remove series’ foundations that made it a legacy that has now spanned over three generations. Choosing the gender of your Protagonist is identical to how proceedings were done in Odyssey. I personally chose the cover character, an set forth on my journey – my extraordinarily long journey – through the blustery blizzards of Norway’s highest peaks, bludgeoning all oncoming foes with a bloodlust I’ve never encountered in the franchise prior. This is Assassin’s Creed at its most violent, hell there’s even an option within its main menu to enable or disable dismemberment. Now I have seen arguments on the campaign entailing excessive bloat. I wouldn’t label this bloat, but rather that there is some subtle bottlenecking that can be caught quite easily as prolonging its story’s existence.

Seeing Eivor’s character and narrative progression is quite intriguing, especially while pledging your allegiance to multiple settlements across each territory. This in turn evolves each arc, and unfolds your mission objective further. Tasked with the unnerving intention of joining said clans can be quite the cumbersome situation, but as you continue to grow relationships throughout your adventure, your connections will aid you through the world’s broad scope. One thing I find to have been a necessity for the series to grow, was re-evaluating some of its RPG like mechanics. Omitting quite a number of skill tree options, and other levelled options made for more an action platformer rather than a full blown role-playing title reliant on building your protagonist’s attributes. This was welcoming, as it made for quite the seamless experience while traversing through numerous landscapes uninterrupted.

Assassin's Creed Valhalla is the series' greatest accomplishment to date. Deviating from the norm of Creed's commonplace that had the franchise devout confounded for a myriad of reasons, this is quite the reboot.

Valhalla’s crowning achievement is its improved combat system. This was some of the most fun I’ve had within its extensive encounters. Seemingly doing their best to eliminate the monotony of simply button mashing your way through horde’s of Vikings, Ubisoft have delicately designed some of the best cinematics to accompany moments of sheer adrenaline, crafting a litany of traditional Norse based weaponry that makes it a hell of fun to sling. Akin to its predecessor’s each weapon will come with its one respective class, including weight; meaning that you will have to train up your brute to carry and utilise certain picks of the litter. Valhalla makes a statement with just its combat system, letting players know that this is no cake-walk. Your dexterity will be put on blast as you come across swarms of bodacious baddies that are readying to collect their bounty.

Traversing across each area is as simple as leaping onto your ship, and setting sail across the seas. Sure, the boat has been critically panned by some in the past, but its usage within Valhalla is strictly transportation. Side quests or “mysteries” as they’re now labelled, are scattered throughout each region, and are thankfully brief in comparison to side-quests of the past. No more are the excessive, redundant, and unreasonable sizes delivered within these annoying setpieces. Now, they actually feel like they mean something upon completion. Each mystery is set with its own narrative that in turn grows the campaign’s backstory, and helps the player understand situations that carry out within the universe, with just a touch of clarity added. Voice acting is phenomenal, and is the best its been in years. Probably since the departure of Nolan North. You can feel each character’s resolve through the emotions on display. This is usually hard to translate with a title of such grand scale, but Valhalla seems to pull this off quite naturally.

Running at a smooth 60 frames per second, at 4K on the XBOX Series X, Assassin’s Creed Valhalla pushes the envelope, and transcends anything we’ve seen from this series before. This is an incredible feat from not only Ubisoft, but XBOX in delivering one of the most gorgeous demonstrations in gaming. The vibrancy the gleams off each dynamic piece of scenery is remarkably stunning, marking one of the best displays of video gaming since the mid-generation of PlayStation 4. The snowy alps crunch at your feet, leaving distinct imprints as you venture through the wintery conditions, then experiencing the lush environments in surrounding areas will have you in awe; I know it had me standing still for quite a few minutes simply gazing at its realism. I cannot begin to express the detail placed within Valhalla, it truly a sight to behold.

With that said, Assassin’s Creed Valhalla is the series’ greatest accomplishment to date. Deviating from the norm of Creed’s commonplace that had the franchise devout confounded for a myriad of reasons, this is quite the reboot. If anything Valhalla represents a significant step in the right direction for the series going forward. A captivating narrative, a broad campaign, a light-weight RPG with streamlined side-quests. A mixture of intensity and some comical moments to break the monotony, while delivering one of the bloodiest exhibitions the series has ever developed, to this day. Assassin’s Creed Valhalla is an essential for gamers, especially those on XBOX Series X, in 2020. 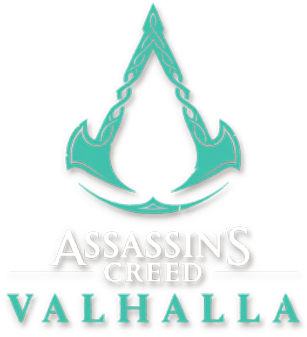 Story
9
Gameplay
9
Presentation
10
Sound
9
9
Supplied by the publisher, for our review. 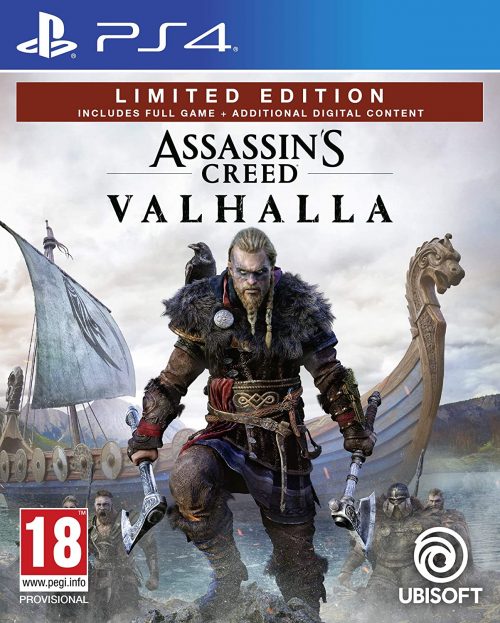 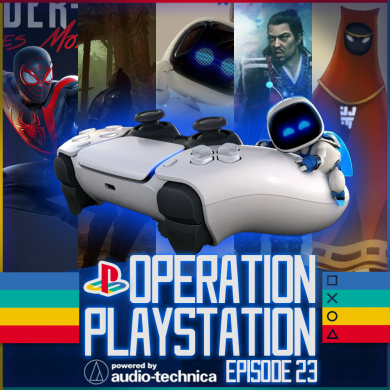