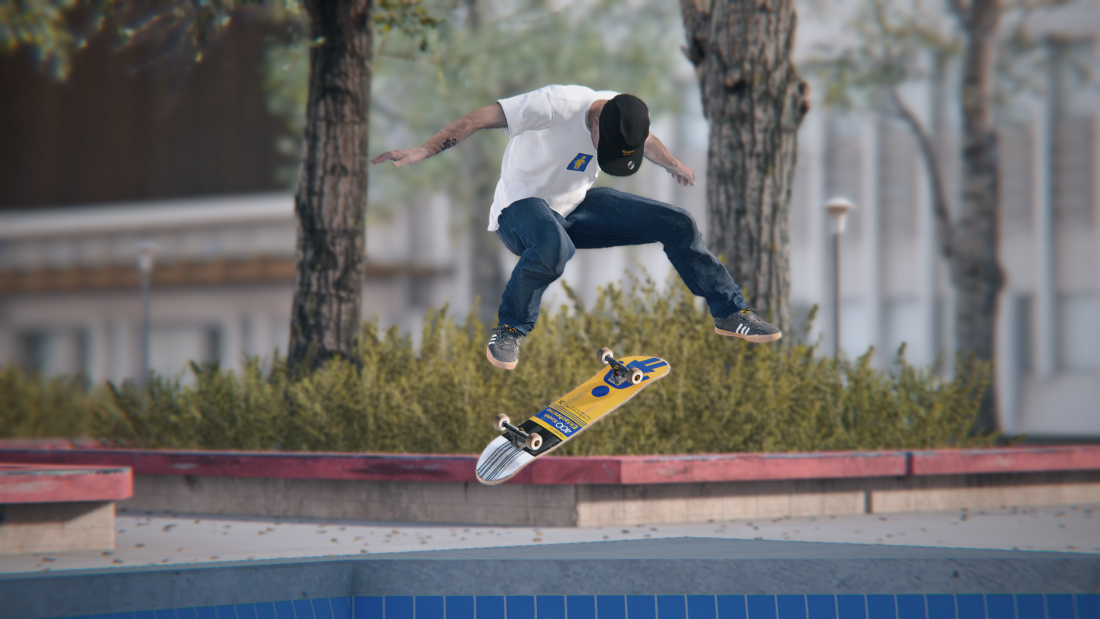 ✔️An easy grind, that will satisfy those salivating for a comfortable skating experience.
✔️Casual appeal will push forward its legacy.
✔️Official soundtrack contains a variety of genre’s that accompany the title’s casual vibe.

I know Dave Milner just blasted people on twitter for being nostalgic about their gaming experiences, but it’s hard to not reminisce and take a trip down memory lane. When you hear skateboarding, the legend Tony Hawk always comes to mind, and there is none greater than ‘The Birdman’. The mere thought of a Pro-Skating title landing in 2020 is something that has been a pipe-dream for quite sometime, leaving gamer’s salivating at the thought of scaling, grinding, and kick-flipping through a new generation. Having only played the first two entry’s into the Tony Hawk’s Pro-Skater franchise, I was pessimistic about its much anticipated return a few years ago and I can say without I doubt, it was justified with its poor optimisation, and outdated gameplay loop.

So it comes without saying, Skater XL is welcome breath of fresh air within the skateboarding realm, with a casual approach towards the “extreme sport”. Amalgamating what made EA’s Skate and Crea-ture’s Sessions such incredible franchises in their own respect, Skater XL simplifies its formula, and integrates a streamlined approach for those who aren’t as dexterous in terms of the title’s control scheme and overall manageability. Skater XL proves to be a worthy entry into the genre, with some minor setbacks that are clued to be improved on after release. The title brings forward a sense of ability and athleticism unseen in the aforementioned skating title’s, that will prove its quality-of-life and replayability cycle limitless.

Grinding through gnarly level layouts, and flatbarring off each handrail, you immediately grasp Skater XL’s aesthetic and simplistic architecture. There’s nothing over-the-top, or unrealistic (besides the titanic ramp placed in the middle of a desert). Initially booting into the title, you will be met with a series of tutorials that will guide you through the myriad of methods provided, in way of hoping to explain the complexity of Skater XL’s control scheme. You may find this a little confronting at first, but don’t let it fool you. After a few minutes of simply skating through Downtown L.A., near the Staples Center and Half-Cabbing off the steps of its West L.A. Courthouse, the perplexity of its learning curb will quickly wash away for some great vibes, and chill gameplay.

Developers have provided eight maps to begin, with more promised in the very near future. Five official maps range in scale from the vast and versatile Easy Day High School, the broad nature of the Big Ramp, to the intimate settings of California Skatepark and HUDLAND which provides players the ability to simply harness and craft their talents, before testing your abilities in Challenges found from the main menu. From basic to advanced, a plethora of tutorialised stunts are provided in hopes of expanding your overall capabilities, turning you from Am to Demo Demi-God. Each stunt will incite you to be as ambidextrous as possible, directing you to steer with with your triggers, rather than naturally peddling with your analogue sticks.

The option is there for flexibility, however Skater XL encourages its versatility on players to grasp its overall control scheme, with minor assistance. Placing a marker on the map allows you to choose your own starting point for each sessions of seamless skating and stunt-performing, demonstrating a unique sense of enabling players a choice in traversing across maps at the leisure. Choosing to begin ontop of a roof, or from the top of a scaffold, and landing a sick 1080 to the floor is just a small sample of Skater XL’s all-round functionality that players will be able to accomplish. You will find some rough patches depending on your marker placement, where your character will spawn and immediately fall through the floor. This bug is currently being addressed by developers.

Aesthetically speaking, Skater XL is average. Granted you’re not here for an incredibly detailed dive, but a laid back experience. Albeit, there are some frustrations that are quite evident in terms of level design, variety, character models and textures that can only be described as ordinary, or subpar at best. While gameplay will make up for some graphical and optimal flaws, its lack of choice becomes far too apparent after a couple of hours grinding away. I can appreciate the simplicity of the title, given that it will cater towards a wider audience, however enthusiasts will unfortunately walk away a little underwhelmed from what is on offer. While I may praise the title for its value in gameplay, it takes a pivotal plunge in overall performance.

Framerate dips, character clips, and freezing occurs at some of the most peculiar moments. A majority of the title takes place in complete isolation, with you character primarily on screen with objects and hurdles in place for performing a range of sensational stunt-work, but may catch you off guard with the title completely locking-up from seconds to minutes. I had one instance where the game locked and froze for a good five minutes, and expected the ol’ PS4 blue screen of death to pop-up. What I did not expect was for the game to suddenly unlock and for my character to graciously fall, “in style” – more like a crash and burn scenario. There are hit boxes that are completely missing, some serious clipping through walls, floors, and a multitude of ramp-like objects that are engineered and optimised quite inadequately.

So while gameplay may coat some defective development, it does bear some bugs and blemishes from its performance. A stock standard crash dummy male and female model are presented to players from the onset, with zero emotion. Seriously, they don’t blink at all. You may change their stance while skating from Regular to Goofy, but to be honest I saw no difference here. We’re also given four celebrity Skaters to choose from, but to be frank they use the exact same lifeless template from the pre-existing crash dummy models supplied, oh and no female skateboarders? The clean, yet basic UI masterfully displays each trick performed, so you may replay your stunt from the same location and master said trick. Skater XL is accompanied by a solid soundtrack chocked-full with excellent vibes that are great for a lazy Saturday afternoon grind.

That said, Skater XL is still a solid title. While it may foible in the presentation department, it grips players with its goofy-foot 50-50 grind, that ultimately back-flips on all its competition. Sure, there aren’t many that exist right now, and Tony Hawk’s Pro-Skater may give both Skater XL and Sessions a run for their money this upcoming generation, but as it stands, Skater XL forgoes the Fakie and Pop’s a sweet Ollie above the rest. I’m excited by its potential, and the surprises Easy Day have in-store for this title. Now, get out there and grind.

Skater XL is a head-first dive into skateboarding, where style, creativity and the perfect trick is yours to define. Create, combine, and style tricks with unparalleled board control as you hit iconic California locations where street legends have left their mark.

Gameplay
7
Presentation
7
Sound
8
7.5
A code was supplied by the publisher, for our review. 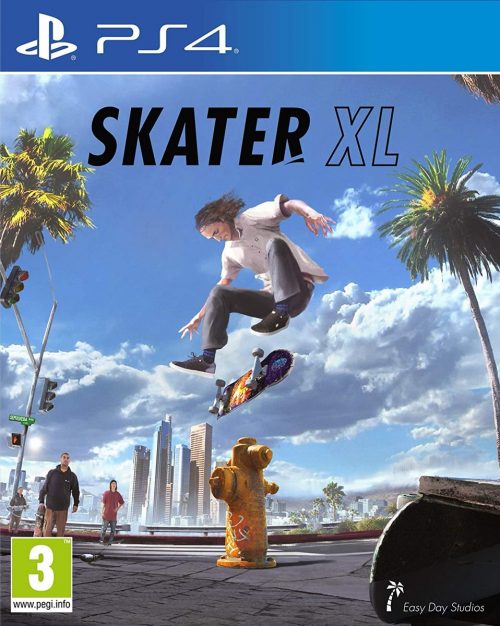