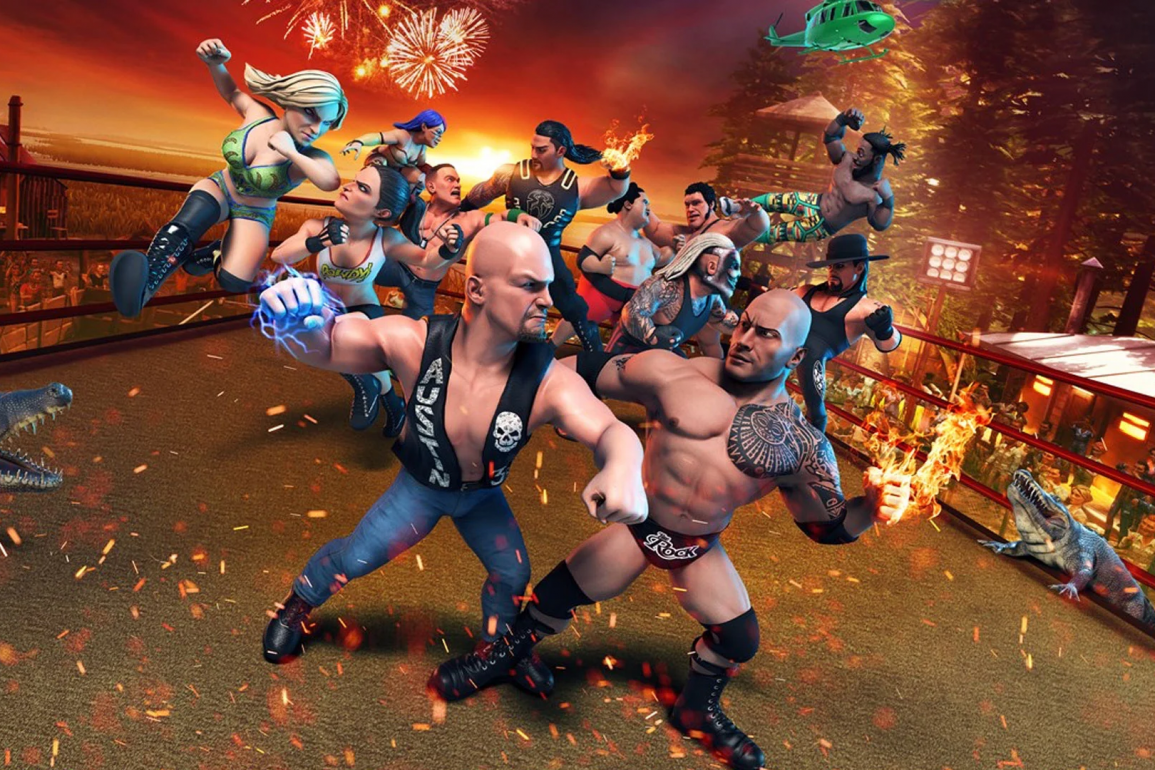 ❌Microtransactions out the wazoo.
❌Lack of diverse skillsets.
❌Underwhelming campaign and grating commentary.

Everybody's got a price...

The WWF Smackdown! franchise has had a historic legacy attached to its classic arcade roots that made the early titles within the franchise accessible, accommodating and above all else attractive to wrestling fans, and casual viewers of the pre-determined sport. Here lies our issue, with generations evolving came the notion that wrestling games needed to evolve with it. The tired old hat that was recycled within earlier entries such as PlayStation 2’s Smackdown! Just Bring It and Shut Your Mouth grew stale and tiresome for those acquainted with the established library. Yukes and THQ tweaked their recipe for success that had spoiled after the aforementioned and introduced players to Smackdown! Here Comes the Pain. It’s well documented how deeply fans appreciate and highlight this specific entry among WWE2K’s heavyweights, but it’s easy to see why.

While the title may comprise of Yuke’s trademark arcade playstyle, its expeditious and eccentric gameplay mesh with an array of realistic mechanics that market this title as one of the series finest. We fast forward to 2009, after the Smackdown! franchise had experimented with spin-off’s that were met with lukewarm to mixed receptions. WWE Legends of WrestleMania borrowed examples from its existing library of wrestling titles, and tried to push an arcade type gameplay loop that had fans questioning the developer’s pre-existing blueprint. Littered with stoppages and quicktime events made for a cumbersome burden to players looking for SmackDown’s rapid pacing and cinematic action. After their baffling flub, THQ decided to take matters into their own hands partnering with Scot Lane and Nightwolf… I mean Sal Davita, in developing 2011’s WWE All Stars.

While Yuke’s were busy rebooting THQ’s mainline franchise with the release of WWE ’12 on the horizon, THQ had published their fantasy style arcade wrestling title to critical acclaim of those who first fell in love with wrestling titles, dating back to the all time greatest, Nintendo 64’s WWF No Mercy. With a stacked roster of overblown, beefed up, pro-wrestlers resembling a Saturday morning cartoon version of their likeness, THQ made wrestling feel limitless for the first time since its foray into the Smackdown! franchise. Chokeslam your opponent from 10ft high, reversing a Frog splash into and RKO from the top of a steel cage, and hitting that oh so satisfying sweet chin music to launch an opponent over the top rope. While similar traits appear in WWE 2K Battlegrounds, the title simplifies the technique for a younger and more casual audience to comprehend.

While accessible in playstyle, WWE 2K Battlegrounds bolsters itself by implementing an array of maneuvers that are actioned by simply tapping a few face buttons, and a few knocks to the bumpers for some flashy sequences. However the title sullies its depth in favour of a simple demonstration in gameplay, hoping to deliver just enough to engross its target audience. Battlegrounds tries to mirror what All Stars carved out by enforcing quirky sequences, combined with over-the-top fantasy action, with subtle call backs to reality with events such as the ring collapsing over two heavyweights. While we’re adorned by a towering roster of 72 participants from different generations, the competitors available from the beginning are cherry picked dozen with the rest locked behind a myriad of microtransactions.

This is where things unfortunately start to fall apart. For those unaware, the WWE product has targeted a PG audience since 2009, stifling their viewership from young kids to pre-teens that love the flashy colours of John Cena’s multifaceted merchandise. Throwing the entire Attitude Era to the wayside, WWE have tried their hand at appealing to certain demographic that may limit their viewing experience to the last decade, if that. While WWE 2K Battlegrounds may try its hand at appealing to a multitude of generations prior, the branding and representation of the product these days rely on its appeal to its younger fanbase. From the 12 wrestlers available from launch, are only a handful that are currently active on the main roster, with the rest locked behind the paywall structure.

Baffled by its blemished distinction of availability, names like Seth Rollins, Aleister Black, and Triple H sell for exorbitant in-game prices but are marred by how expensive it is to purchase the title’s “Golden Bucks”. Sure, you can grind away for hours on end to earn money, however the time it takes to earn a few measly pennies far outweighs the simple task of spending cold hard cash on unlocking the entire roster in one foul swoop. If you take a quick glance, you would almost think you were playing the “Fortnite” of wrestling games. Microtransactions are nothing new to the world of sporting titles, however with WWE home console games this is a deviation from its highly regarded seasonal DLC drops in the WWE2K mainline series. Taking the longform approach see’s the player competing within a fixed campaign mode that offers a template protagonist who vies to become the greatest WWE Superstar of all time.

Unlike WWE2K titles of the past, Battlegrounds’ shorthand campaign flows through a flurry of comic book style sequences that see Brock Lesnar’s right hand man, Paul Heyman scour the globe in hopes of finding a roster of legends and superstars to form a new organisation akin to Paul E. Dangerously’s legendary stable, The Dangerous Alliance. Unfortunately, the narrative presented within the campaign falls just as flat as its gameplay style with hollow skillsets and attributes to fill in its trivial concepts. I would compare the title to the shallow mobile offerings of WWE Immortals and WWE Champions. Quick action, no substance, all money and no gratification.

With a copious amount on offer, I find WWE 2K Battlegrounds to be quite the odd concoction of arcade style action debased by its repetitive gameplay and movesets. There’s only so many front suplex’s I can deliver before I decide to switch to another title. While every Superstar on television brings a unique demonstration in their respective abilities, 2K Battlegrounds fails to implement these unique skills, all while doing its best to give players a supposed ballot of bountiful choices all while culling the roster’s exceptional exhibition of entertaining expertise. While I do appreciate the notion of an arcade fighter being simple, glorifying a finishing move does not make up for its lack of affluence. While action takes place within the ring and surrounding area, our experience is met with a phoned-in performance by WWE’s Jerry “The King” Lawler and Former NXT and UFC Announcer, Mauro Ranallo.

The vocal performances between the pair are dreadful. As both try their damndest to oversell you on the action that is taking place within the ring, it becomes apparent that each line used is simply fed through a randomised generator and evoked purely to enhance the title’s overall aesthetic. Hearing Lawler screech the same line four times in a row became grating, and Ranallo’s trademark “Mamma Mia” was placed within the most mundane circumstances. I shouldn’t have a commentator be so passionate about my character flipping their prone opponent from their stomach, to their back. The reversal system is designed for the novice, giving them ample time to intercept and impede on an enemy’s chain of attacks. While a fair-go may seem fine in some circumstances, having two players reverse every single move impedes on any progression within the match.

WWE 2K Battlegrounds is a consolation for 2K’s next mainline entry, hoping fans will stand-by and endure another year of impatiently awaiting its return to form. While the title exhibits some form of value, it lacks depth, innovations and most importantly creativity. A lack of diverse skills, along with its pressured paywall will deter fans from appreciating what may be on offer. it’s unfortunate to add another strike in the cumbersome column of WWE Games growing legacy, but the wrestling franchise needs to deliver in 2021 in hopes of reclaiming and reinvigorating its waning recognition. While WWE 2K Battlegrounds attempts to campaign itself for everyone, it unfortunately relies on a wealthy wallet within an unprecedented climate. “The Million Dollar Man” Ted DiBiase may as well have been behind this backhanded blunder of mischievous microtransactions.

WWE 2K Battlegrounds is a professional wrestling video game developed by Saber Interactive and published by 2K Sports. It was released on September 18, 2020 in lieu of 2K’s normal yearly WWE game.

Story/Campaign
5
Gameplay
7
Presentation
6
Sound
6
6
A code was supplied by the publisher, for our review. 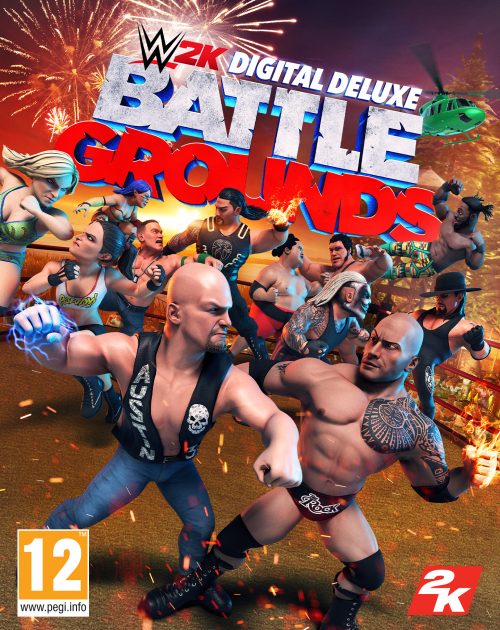 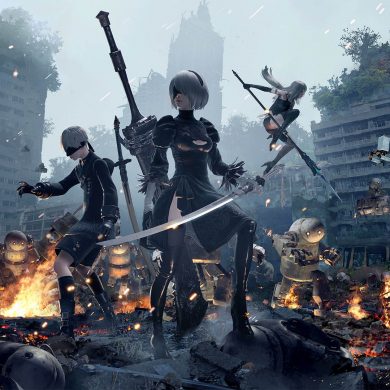