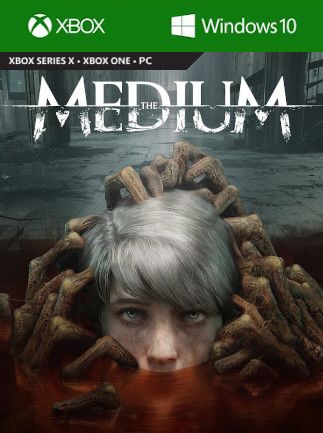 A plethora of psychological horror titles have made some incredible groundwork within the industry, amalgamating facets of action-adventure, role-playing and other genre’s making for some fascinating experiences. But if there’s one integral feature that makes a thrilling tale compelling, it would be the quality of its writing, not its presentation. The Medium’s concept is encroaching in its own right, but struggles to define what its entire delivery brings to the table. A third person walking simulator/investigative-platformer with suspense would appropriately describe its foundation. Its core fundamentals however are almost omitted. A gorgeous overlay with a hollow interior would be the best way to describe The Medium, demonstrating the XBOX Series X capabilities but its shallow premise leaves very little to the imagination.

There’s passion behind this thriller, but its reliance on puzzle solving hopes to build towards a fright with very little hesitation or perplexity. A potboiler that ambitiously levels expectations to a insecure degree, rather than a bone chilling challenge. It was difficult to stay consistent and devote as much time as I did to the game. I found my mind wandering at moments, and sure it helped in relation to the unforeseen dismay it caused for moments, but the spooks were only elevated by an unprepared state of awareness as my concentration levels began to drift. The expectancy of mental paralysis while being in an alarmed state had become monotonous, after coming to grips that The Medium was an over-emphasised thriller puzzle game, that entailed set-pieces that are related to hallmark horror cinematics by design.

If anything, I want to praise the Polish development studio in their initiative to bring forth something bold, refreshing and alluring to the table rather than another recycled experience that has been the calling card to many that have delved deep into the horror-puzzle action-adventure category. It can be tough forging your own narrative within the confines of a creepy aesthetic. The Medium’s fluff does soften the blow that its that is easily cracked within the hollow interior it forebodes. Bloober Team aspires to claw its crass assets, engraining moments of pure awe into the mind of many that are set to devote time to this short campaign. Sadly, it falls short of anything memorable,  and may be known as this generation’s first broken promise. In what could have been XBOX’s first strike back in the ongoing console war, this is far cry from what team green may have wanted.

The Medium's daring resolute in thrilling its audience does come off a little daunting, rather than terrifying.

Portraying Marianne, a spirit medium who has the power to travel between our world and the spirit realm, suffering from reoccurring nightmares of a mysterious figure murdering a young girl by a lake. At the time of these night-terror’s Marianne is mourning the death of her foster father, while seeking counsel within other troubled souls that are seeking to resolve their personal wishes before leaving the realm. She receives a phone call from an unknown man named Thomas, who claims that he has knowledge of the medium’s multiverse travelling capabilities. He goes on to explain that her powers in detail, why she has them and the origin. He coerces Marianne into meeting him to explain her ongoing nightmares, with the spirit guide having no choice but to accept. The two agree to meet in an abandoned vacation locale in Poland, the Niwa Resort.

The holiday spot was shutdown by the Polish government after a growing number of its civilians and visitors were murdered with survivors narrowly escaping. The event was dubbed the Niwa Massacre, and had been cited as Poland’s most deadliest period at the end of its Soviet Union. Exploring the resort, the spirit guide immediately catapults herself in-between events that had happened years prior, which the medium could only envision through the spirit realm. She discovers the man that had contacted her earlier, was in fact the resort’s manager and had been murdered during the massacre, along with his daughter Lilianne. Upon exploring the parallel universe, Marianne is confronted by a spirit of a child. She explains that there is a dangerous threat roaming through both the spirit realm and reality, possessing bodies and using them as hosts for malicious purposes, and is now hunting down Marianne.

✔️Troy Baker as the Maw steals the show with an outstanding performance.

✔️Some Puzzles are quite inventive.

✔️A formative premise that could have been elevated given the proper narrative.

❌An Empty capsule with a rough exterior. Fluff and filler does soften the blow, but internally it delivers very little creatively.

While its premise on paper seems to be quite captivating, the campaign’s execution spreads its impact quite thin. A story driven, third person exploration horror game, that is all bark and no bite tends to boast qualms that are unsalvageable. The eight hour campaign compartmentalises a compromising, yet concise climax but tends to structure its presentation around subtleties in its deft tones, rather than spruik its forlorn direction; when I say forlorn, I mean that in the hopeless sense that as much work Marianne puts into reversing each terror within the realm, its complexity supersedes resolve. The campaign binds itself together with seizure inducing flashbacks (expedient hard flashes that may induce seizures; completely unnecessary), and its split-screen exploration that I found to be quite revolutionary.

Two versions of the same character, roaming through mirrored universes, with some minor caveats that make for some weird obstructions that at points do not correlate with the opposite existence. Meaning you will have points of the game that you will need to devote to reality or the spirit realm, but not both. Yes, it’s a plot hole that I found quite dumbfounding but after four hours in, I deferred from questioning the title any further. Interacting with spirits for guidance around the abandoned surroundings, you will encounter hurdles in your pathway such as fleshgates, amputated body parts, along with moments that would certainly describe a nightmarish occurrence confronting the title’s antagonist, the Maw.

The Maw’s ability to stalk Marianne through the spirit realm, and follow her back to reality made for one of the most engrossing encounter’s the title had to offer. The antagonist is immortal, and cannot be tamed. With no other choice but to avoid the demon, Marianne must explore carefully with the Maw’s persistent appetite. After confronting the creature, he will shift between realms, with his appearance cloaked in reality. You can make him out with his clear silhouette squabbling through certain areas of the resort, but beware as he spawn quite close. With that said, upon completion of the campaign, I was quite shocked to learn the demon was portrayed by none other than Troy Baker (The Last of Us, inFamous: Second Son). His performance was outstanding, truly one of his best VO works I’ve ever heard the chameleon in. With some actors, their trademark inflections are presumably simple to pick up, but this is unequivocally Baker’s best outing since The Joker.

The Medium does try, and I will give it that. There’s effort behind this project that hopes to envelope the gamer, but its considerably tame approach does hinder its experience into a tedious puzzle plunder. The numerous knobs and switches, levels and valves, and keystone moments that define its premise in multiple clockwork time-sinks do it some justice, but its anti-climactic campaign coating does nothing for the experience on surface level. It’s daft, dank and deranged with audacious usage of sensitive subjects and aesthetics that will leave some weak at the knees, but distressed is not applicable. Fidgety maybe? But flustered, never. Its juxtaposition in delivery and display does atone for its story’s misgivings, but The Medium’s daring resolute in thrilling its audience does come off a little daunting, rather than terrifying.

The Medium is a psychological horror video game developed by Bloober Team that was released for Microsoft Windows and Xbox Series X/S on January 28, 2021.

Story
5
Gameplay
6
Presentation
9
Sound
8
7
Supplied by the publisher, for our review.
Windows Xbox 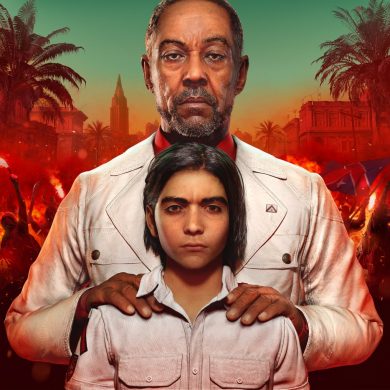