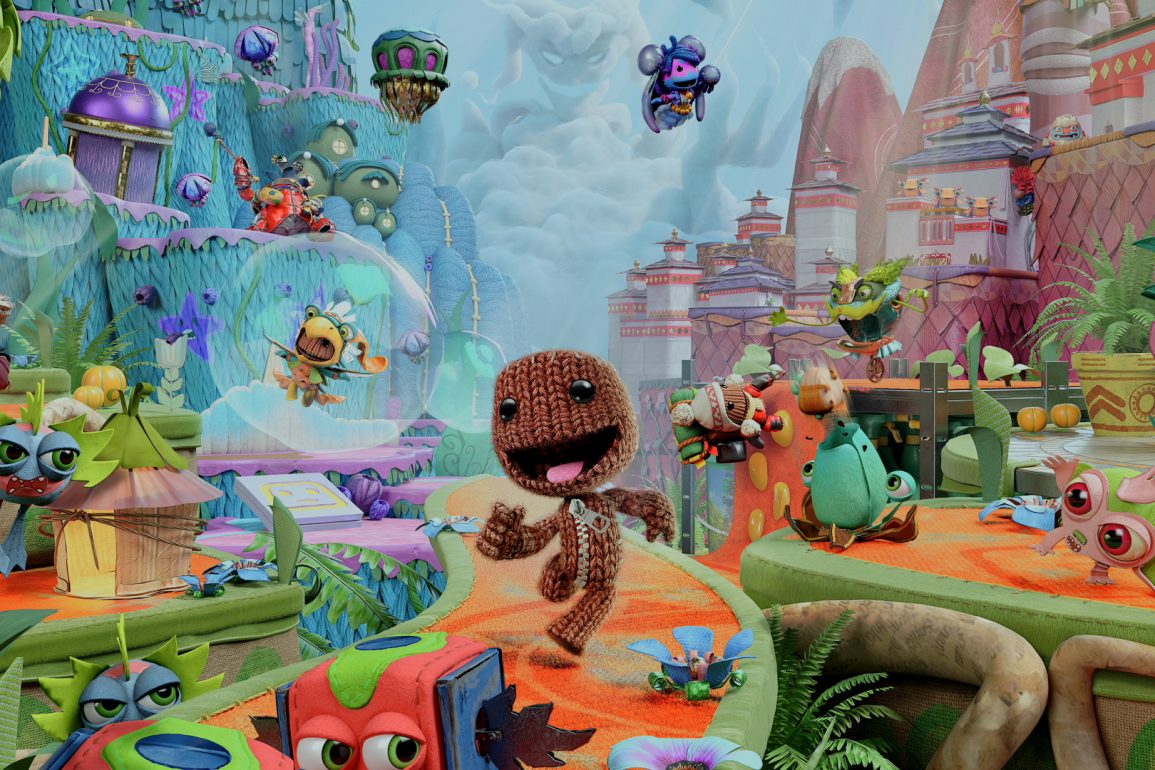 ❌A little short; 5 hour campaign at full price is a little much to ask.

So here’s the deal; I’ve never seen the appeal behind the Little Big Planet franchise. I always thought its crafting mechanics were somewhat innovative, but stifled by imperfections that left some blemishes within its monotonous pacing. Little Big Planet itself became a playground for those looking to remake their favourite gaming levels out of pure nostalgia, rather than delivering anything original in concept. Sure, it’s due to limitations the PlayStation 3’s hardware entailed but there was potential there for the franchise to flourish and grow beyond it’s preceding generation. However, the star of the show was its mascot, Sackboy. Becoming the charming, beloved, babyface of PlayStation had fans loving the small smiling plush of embodied joy.

Despite the lovable woven wayward adventurer’s path on numerous PlayStation home and handheld consoles, he had never been considered for a big breakout solo campaign run, until now. Sackboy: A Big Adventure is a belated celebration of our cheerful fleeced companion, taking our imaginative hero on his biggest undertaking yet. It’s overdue, but it has arrived. The perfect platformer to be placed alongside PlayStation’s newest piece of hardware that highlights the Dualsense and its extraordinary features, and along with Astro’s Playroom this title is a neat addition to the PS5’s established line-up, heading into the new year. It’s probably the only family friendly title available that displays complexity, diversity and accessibility for everyone.

At its core, Sackboy: A Big Adventure is a simple isometric platformer. Portraying our plushie titular hero, Sackboy’s friends are kidnapped by the devious Vex, a mystical being born from fear and malice. The evil antagonist enslaves his victims, and forces them each to help rebuild his Topsy Turver; a device that will destroy the innocence and shred all charm from Craftworld. Aided by a familiar friend Scarlet, the narrator of past entries into the Little Big Planet Franchise, she tells our young hero of a prophecy that had yet been fulfilled. It is up to the charismatic cashmere champion to search deep into the ancient order of the Knitted Knights, and seek the assistance of the ancient legion.

Only those who show confidence and strength may confront the perils and pitfalls that loom, but hey… we’ve got a smiling Sack of fun, ready to dive in and whack the everloving daylights out of any oncoming threats that may stand in his way. Our mighty superhero sets forth on his expedition to save his friends, destroy the Topsy Turver, and bring peace to Craftworld. Climbing tall blocks, leaping across hazards, giving the ol’ one-two across the face of a ferocious foe, and collecting a deluge of spherical orbs which can act as in-game currency, A Big Adventure demonstrates a broad scope for this short campaign. The aesthetic delivered certainly hearkens to Little Big Planet’s roots, with stitched paths intertwining with boundaries filled with home essentials.

Literature stacked high act as staircases to new heights, and rolls of dunny paper can obstruct your view of enemies on the offense. Many Nintendo faithful will compare it immediately to that of a Yoshi’s Crafted World, but Sackboy’s first foray into the platforming space differs with its quadratical quarter. Secret passages zipped up and marked with the all ominous question mark, immediately pay tribute to that of a Super Mario 3D Platformer, along with the plethora of puzzles that prove worthwhile of your patience. Showing some formality to its categories design structure, rather than forcing a rapid pace, A Big Adventure proposes that the player take a leisurely stroll through the knitted universe. Not to a complete halt, but remain focused and concentrate on the surrounding environments for any hidden features of facets that may prove helpful.

Its simplistic gameplay loop puts fourth a dynamic that’s approachable from any angle. Much like the integrity of each world within a traditional platformer, each unique area is identified with their own theme. Attributing to this is the platformer’s paradox; while there aren’t any serious difficulty spikes you will notice some challenges becoming quite the trial to unravel. In contrast, its soothing overture pleasantly coats any impasse, making complications just seem like another awkward crux to mend. Sackboy: A Big Adventure’s playful testimony will affirm its place on the PlayStation 5 as one of the console’s greatest platformer’s; keeping in mind that title’s at launch always remain the most memorable, this is a boundless experience that will no doubt be a conversation piece for years to come.

Completing the campaign in just over five hours, I was a little perplexed by A Big Adventure’s, little delivery. Sure, it’s a kids a game, and most kids games these days have a runtime of around six to ten hours, depending on the franchise or development cycle. But this is Sackboy’s first real adventure. I was hoping for something a little longer, but I’m still satisfied with Sumo Digital’s massive achievement. The game itself oozes kindness, heart, magic and fantasy. All the ingredients for an extravagant demonstration of pure probity. The allure of its friendly nature heightens its design, with its colourful world on blast, and its collection of quirky characters that help prolong its short-lived tale.

Controlling the little fluff is quite simple, if anything it’s Sackboy’s best design in both aesthetic, mechanic, and physical prowess. Disposing of his old repertoire, his tedious tendencies have been reconfigured to demonstrate a more adventurous (no pun intended, but totally intended) side to him. Running, jumping, climbing, rolling, dodging and of course smiling, our Sack of joy entails all properties of the commonplace platforming protagonist down-pat. Using orbs, you may garb our hero in an array of assorted attires that lend from multiple PlayStation properties that devotee’s will easily identify upon viewing. Not every level will be as straightforward as having a path that leads from beginning to end, map structure begins to deviate and disparate as you progress through each world; it’s not always a point A to point B type scenario, you may end up back at point A to finish the level.

Now for some that may be expecting this to include an intrinsic range of haptic features for your brand new Dualsense controller, there’s some good news, and some bad news. The bad news is, the title does not demonstrate the controller’s capabilities to it’s fullest, nor does it shine a direct light on its precise haptics. The good news is that, there are moments where you may be traversing through a field of long grass and your controller will slightly vibrate, or take a long fall to the floor for a large rumble, but there was nothing distinct about its acclaimed feedback here. We do get some retention in its adaptive triggers, but other than that, it’s a pretty tame design in translating haptics and other features for our brand new remote.

Sackboy: A Big Adventure is sure to delight the devout PlayStation fans across both generations

Albeit, Sackboy: A Big Adventure is sure to delight the devout PlayStation fans across both generations it’s currently available for. Sure, it may exude just a tad more charm, and elate those that had the luck of acquiring a PlayStation 5 at launch, but it’s heart lies solely in the title’s design. A whimsical, innocent, kind soul that sets out unselfishly to defend his hometown, and save his friends from a fiend and his malicious intent. It’s platformers like this that rarely get appreciated for simply delivering a diverse overlay, yet Sackboy’s presence leading the charge will no doubt attract those who are fond of their favourite PlayStation plush mascot from their childhood. Sackboy: A Big Adventure is an essential for PlayStation 5 owners, and one for PlayStation 4 fans to ring out the generation.

Sackboy: A Big Adventure is a 2020 platform game developed by Sumo Digital and published by Sony Interactive Entertainment for the PlayStation 5 and the PlayStation 4; A spinoff of the LittleBigPlanet series.

Story
7
Gameplay
8
Presentation
10
Sound
10
9
Supplied by the publisher, for our review. 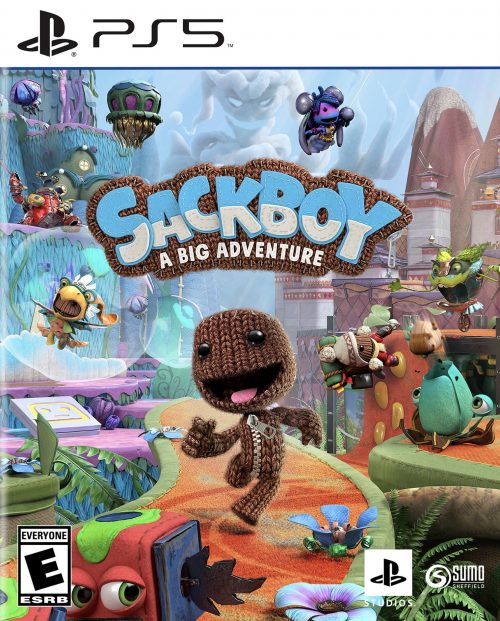 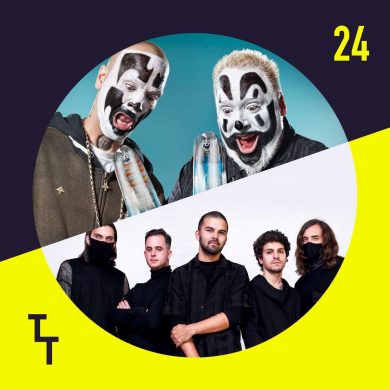