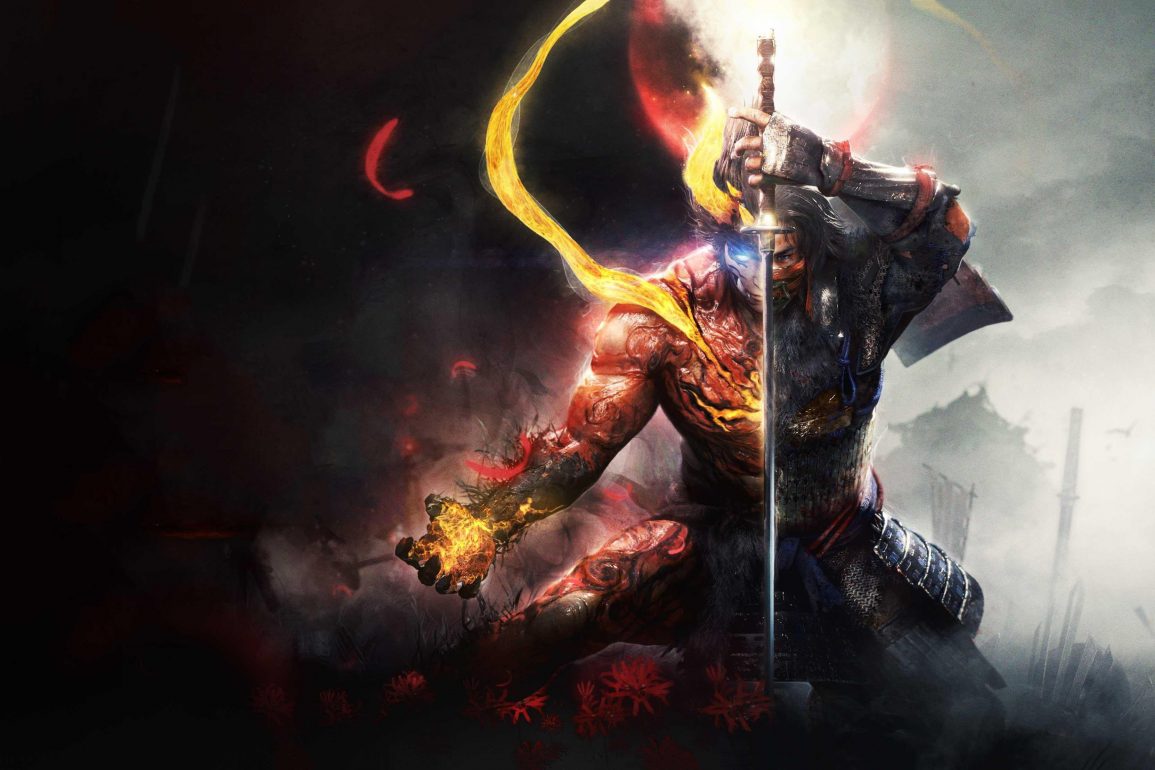 ✔️The best Souls-like title I have ever played
✔️Combat and weaponry require acute dexterity, and are precise
✔️It’s difficult. It’s a souls game. But it’s fun.

722. That is the total death count on my entire playthrough of Nioh 2. If there was a game that could teach me anything and everything about skill and dexterity in surviving a “Souls-like” title, it’s Nioh 2. The follow-up to Team Ninja’s initial foray in the world of gaming’s most divisive genre, shows an incredible amount of depth and design, that would be appreciated amongst any gamer looking to slice and dice their way through this incredible sequel. Building on a magnificent foundation that was Nioh, the second entry takes everything we know and love about the first title, and not only tweaks all of its sublime intricacies but overhauls its entire delivery. This is not just some re-skin of the first title, this is a brand new experience for faithfuls that sing the praises of how Nioh, is one of the greatest Souls-like games ever created. So without stating the obvious, would Nioh 2 live up its predecessor’s expectancy? There is no doubt that its sequel has big shoes to fill, and it would be inadequate for Team Ninja to deliver anything less than the sheer excellence that was Nioh. I can certainly say that Nioh 2 forwards the exact qualities that its first entry delivered, if not, conveys that of a higher caliber experience. You may be asking, “but if you died that many times in one run, wouldn’t you get sick of it halfway?”

I mean, sure; There is some aspects of Souls-like titles that drain repetition to its core and demotivates a gamer from continuing, even though the story itself is what would lead you to enduring such an ambitious feat. But not for anything, if you’re a fan of the Souls-like category, there is much to gain from experiencing such a title like Nioh 2. It displays some of the best in gaming, and development by design. I honestly felt like I was learning how to play video games again, by the amount of skills and speed that you learn to adjust with here. As someone who has primarily played JRPG’s and Third Person title’s that are considered meticulous, Nioh fits the mold perfectly, however it re-invents your thought process; not everything you perceive will necessarily be what you anticipate – Huh, cognitive behaviour. To be specific, Nioh 2 deviates from the norm and delivers a contrast of what you would expect to see from Dark Souls or Bloodborne. However, never tow the line with the title. It will kick your butt sideways-to-Sunday.

Nioh 2 acts as a precursor to the events of its prequel. Set in the late 16th century, players will assume the role of a “Shiftling”, a half-yokai whose mission is to traverse through the Sengoku Era. While experiencing some rather difficult times, our pre-named Protagonist, Hide takes kinship towards a merchant, Kinoshita Tokichiro. Rather than playing off the fact that the first title was inspired by true events, Nioh 2 embraces creativity and originality within its narrative, and allows the player to create their own hero. While this is a neat addition, your protagonist will remain mute throughout the campaign’s entire duration. Most cases within modern gaming perceive this as a negative, but for Nioh 2, it works. While I would love to tell you that the entire plot was an improvement from its predecessor, I’ll plainly state that they’re on par with eachother. There was nothing that I could gauge from its plot-line as distinguished or memorable. Let’s be honest, that’s not what you’re here for. You want to know how hard this game really is, right?

Masterful. Classifying this incredible combat based title as such is bold, however Nioh 2 pulls off all the stops to make a memorable gaming and cinematic experience in its entirety. Undoubtedly, Nioh 2 presents some of the smoothest action sequences I’ve had the pleasure of observing in any action based title. Altering your bearings to shapeshift into various versions of your character, is glorious. While this is purely from an aesthetic standpoint, it mirrors the ability used from the first title, allowing players to equip a copious amount of weaponry and new skills as you advance throughout your time in-game. Defeating enemies in combat will have loot-drops occur, including “Soul Cores”, something I would hearken to the Castlevania series. When delivering a Soul Core to a shrine, this unlocks a variety of capabilities to match the additions made to the shapeshifting yokai family. Purifying the core will allow players to clone movesets from oncoming enemies. It essentially plays like a “Catch ’em all” JRPG, in the stance that with the ability to capture one’s moveset, then head into battle with said moveset against an enemy, exposes their weaknesses.

While these attacks are powerful, they drain your Anima meter making you susceptible to a swift death. It’s a catch-22 situation, that ultimately guides you into making tough choices but trains you to play better. I should mention here that when you die, and you will – multiple times – you lose your harvested cores and begin from scratch. The basics of using your Odachi (sword) are pretty simple to assess and calibrate. Jumping right into the fight, you will notice how smooth and simple it use to utilise, almost questioning your might. My advice is, don’t get ahead of yourself; these boss battles do not mess around. I kid you not, the first mini-boss encounter was the tipping point on whether or not I could continue playing. Counting the amount of deaths, I fell 57 times before I educated myself properly on how to control and utilise my complete arsenal. What I learned here was simply, experimentation. A key value and something I had forgotten in gaming, It’s all about learning curves and building on established skills.

Learning to parry was a feat in itself. Once you perfect this ability, an immediate sense of accomplishment will kick in. Just landing a reversal on an enemy’s impending blow, and to assassinate them with every slash makes every oncoming battle so enticing. Enemy’s do have the ability to land a powerful blow known as a “red-aura” attack. These unforgiving assaults will kill you, so it’s best advised to avoid or parry these special attacks if possible Once you learn to reverse your enemy’s red-aura finisher, you gain the ability to unleash turmoil with a frenzied attack. This could either be a flurry of hits or by grabbing your opponent. Yes, these are some of the most intense moments you will experience throughout your time playing Nioh 2, but it provides a ravenous bloodlust that leaves you thirsting for more. The library of options that are at your disposal are endless. Building nine types of melee weapons, each with their own mechanics and unique skill tree, is just the tip of the iceberg. Managing magic and each of your weapon stats, plus modifiers to suit your style is an incredible display of the titles diversity.

Nioh 2 takes presentation to the next level. Graphically, the title sits among the elite, delivering some of the sharpest displays of character, and overworld design. I was awestruck from the overall improvements made from its predecessor. The vibrant and vast horizons contrast the pillaged housing in broken villages, that demonstrate the game’s beauty, along with the dark natured theme that fits the narrative’s time-period. The title runs at 4K/60FPS on the PlayStation 4 Pro, with HDR enabled for a sophisticated display of the Nioh 2’s elegance. While I experience a some minor bugs, it was nothing game breaking, nor anything noteworthy. The title is crafted with unequivocal passion, and displays this with a well polished offering; simply exquisite. Japanese Composers Yugo Kanno (Batman-Ninja, Psycho-Pass), and Akihiro Manabe (Last Hope) pen and produce an amazing soundtrack to accompany every major angle and set-piece displayed on screen. With every note heightening each encounter, Nioh 2’s soundtrack makes for a thrilling joyride that sets to enhance the entire experience. “Mezuki” and “Lady Osakabe” were my absolute top two picks from the game’s massive tracklist.

You want the ultimate Souls experience? Well, it’s here. Nioh 2 establishes itself as one of the most compelling PlayStation 4 exclusives, that presides within the “must play” category. Yes, you will die countless times – it’s a Souls game. You will grind, you will flourish, and you will learn new skills to be wiser and empathetic towards the controversial genre. It will teach you to appreciate gaming in ways you never thought to be worthwhile, and will leave you humble. While Team Ninja leave us wanting more from their unique Souls series, they are an inspiring reminder to all gamers everywhere of how innovative the Kyoto based, development company are, and how it will forever be associated with this franchise. Nioh 2 forges a legacy that will ultimately set a benchmark for future Souls-like titles, in hopes to eventually lead us into a new generation of vigorous, yet compelling video games.

Nioh 2 is an action role-playing game developed by Team Ninja. A prequel to Nioh, the game was released for the PlayStation 4 on March 13, 2020, where it was published by Sony Interactive Entertainment worldwide. 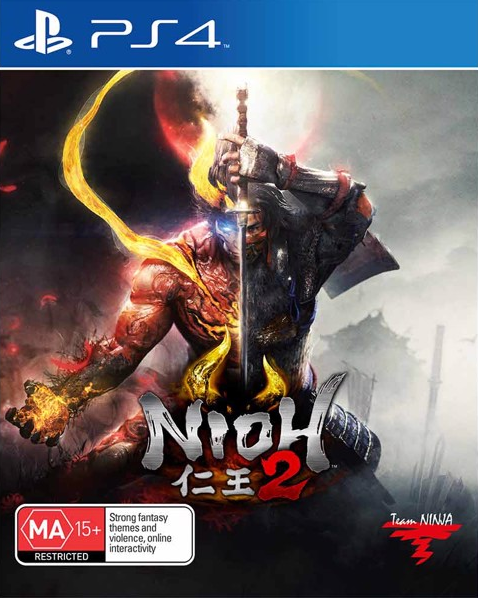 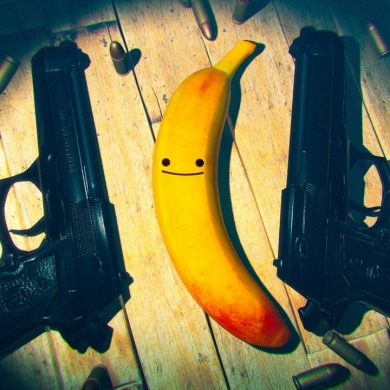