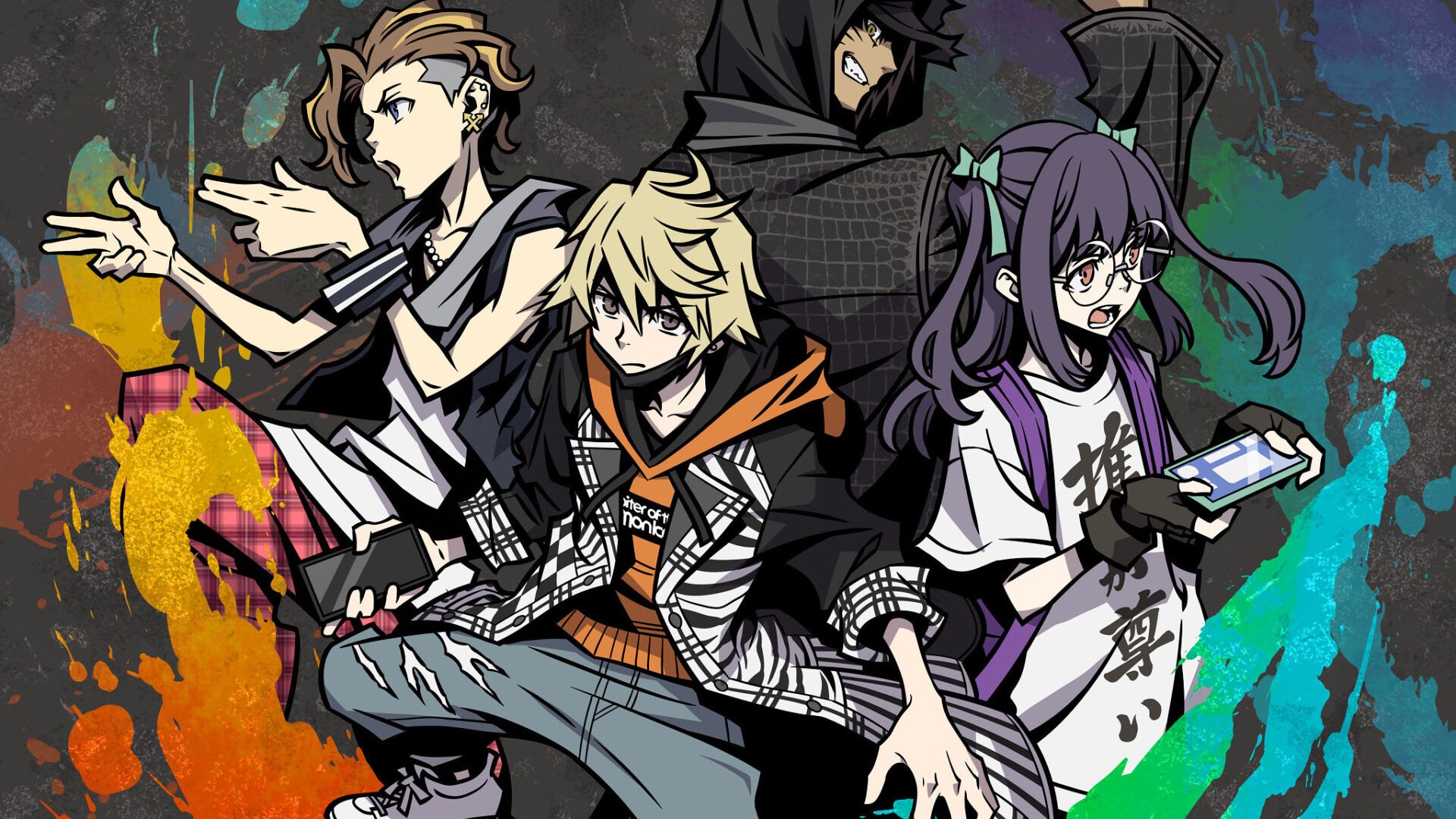 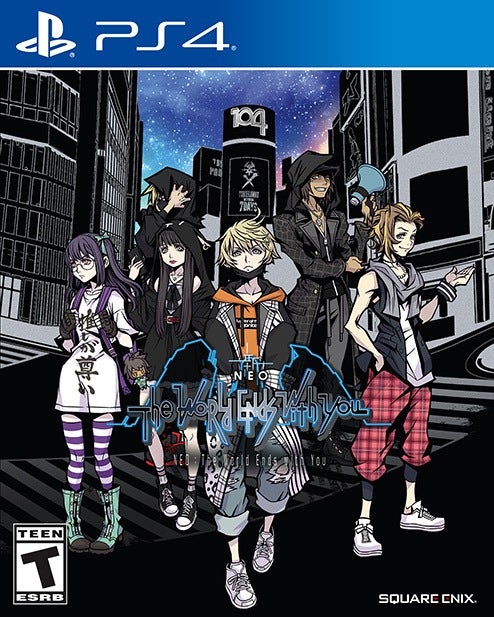 The complexity behind a sequel to a handheld exclusive on modern day, major platforms is something that always has me more-or-less intrigued, yet fascinated with expanding a concept beyond limitation. NEO: The World Ends with You was most definitely a surprise upon reveal, and without question one of Square Enix’s most requested for a lengthy period of time. The success of the original title, The World Ends with You, had fans floored that the studio were shelving the property while it was white hot. I can attribute to its fandom never wavering on the Japanese developer’s intention, when an enhanced version the original landed on Nintendo Switch in 2012. The World Ends with You: Final Remix, had all the repurposed tools to reacquaint fans and introduce a new generation to the classic.

Rumblings of a sequel surfacing were imminent after esteemed developer, artist and Executive Producer Tetsuya Nomura, returned to aid Square in re-establishing the property. While I held The World Ends with You in such high regard, I was pessimistic about NEO: The World End with You, and how the original’s premise could be broadened in a vast metamorphosis to its predecessor. Outsourcing development of the title to h.a.n.d. (Hokkaido Artists’ Network and Development) – the same studio responsible for the iOS spin-off TWEWY: Solo Remix, later its prequel’s enhancement – NEO: TWEWY was birthed. While original screenwriter Sachie Hirano had been assigned to Final Fantasy VII: Remake, Akiko Ishibashi took on the mantle as lead writer but expressed their concern in scripting a forced nostalgia act. NEO’s intent to revitalise, and reboot the series was the studio’s motivation, and after playing this game I can unequivocally state that it exceeded personal expectation.

This Game We Play…

I applaud h.a.n.d. and Square Enix for keeping the title’s premise similar, yet refreshing the entire experience with a new cast of characters replacing our old team. This was obviously the first step in the team’s intent to turn TWEWY into a franchise, akin to Final Fantasy or ala Persona. Set within the confines of a parallel post-modern dystopia, Shibuya is run roughshod by a group of denizens known as Reapers with their leader Shiba, overseeing a “trial of the dead” aptly labelled the Reaper’s Game; a week-long competition pitting the recently deceased against a common enemy known as “Noise”. In what can only be described as a flurry of mythical creatures, the Noise inhabits the Underground – the arena/alternate universe – where “Players” are essentially placed in a Battle Royale, after accepting conditions required to enter the Reaper’s Game.

Player Pins are delegated as invitations to the Game, with the instinctual ability to read the minds of those that aren’t carriers. To enter, a contestant must relinquish a memento that’s deemed of importance, or immaterial such as their appearance or memories. This is deemed an alleviation of sorts, stripping away moralities and to overcome the Underground. A litany of rules are put into place, but are loosely described as guidelines rather than law. The edict of pairing in teams allows you to amass a party to a size of your liking, but there are issues with this, that you may run into later on. Our protagonist is high schooler Rindo Kanade, living an ordinary life in Tokyo. Meeting with his friend Tosai “Fret” Furesawa, the duo are mysteriously followed by a hooded individual that seems to be caught spying on the pair.

Heading towards Central Town, both Fret and Kanade notice a commotion taking place in a backstreet but upon realisation that the duo were the only two paying any attention to the matter, they knew there was a problem. Skirting multiple hazards, only to see Fret decimated by a tumbling Semi-truck, Kanade respawns alongside his friend as events leading to the pair viewing the encounter are looped, with Kanade aiding Fret away from the incident occurring once more. Unaware that they’ve been trapped in the Underground, Shiba appears on a large display within Shibuya Square, detailing the predicament each contestant had fallen in. Unwillingly drawn into the Reaper’s Game, both Fret and Kanade are desperate for new recruits to join their newly formed party, the “Wicked Twisters”.

An insane amalgamation of creative beauty that comes together for one of this year's most action-packed exhibitions, that will leave fans enamoured for over 70 hours.

Former beneficiary to Shiba, Sho Minamoto and fellow student Nagi Usui, both volunteer to survive the onslaught. The title itself translates its 2D Role-Playing roots to the 3D action freeform RPG that has become the norm within the genre. The Reaper’s Game manages to accentuate supernatural talents of those stuck within the universe, exposing Kanade’s ability to rewind time which debunks the respawn point, rather that he can revisit past events with memory of what had originally transpired. A confrontation breaks out between the Wicked Twisters and Shiba’s cronies, leading to the group almost being eradicated only to be saved by a masked individual believed to have been Neku Sakuraba – The World Ends with You’s original protagonist. Now the team must survive potential eradication from existence with hopes of overcoming Shiba, and returning to the real world.

✔️An excellent follow-up. Keeping the franchise faithful to its roots while translating its 2D blueprint to 3D in phenomenal fashion.

✔️Immersive campaign with great writing that will manage to engross players.

✔️Aesthetically appealing in both audio and visual.

The great thing about NEO: The World Ends with You, is its mindless control scheme that allows you essentially button-mash your way through expeditious rounds of action with imposed time limits that are more-or-less, puzzles that are solved at an insanely rapid pace. The complexity of NEO: TWEWY, is the convoluted party aspect that has a surprising disadvantage towards your goal. With zero ability to command your team mates they act on their own merit, meaning they’re capable of undoing any work that may have put your team ahead of the battle. This was the only frustration I had during my time in-game, but had continuously scouted any mistakes that may have incidentally occurred.

While it’s heavily implied that Rindo is our main hero, switching out between friends is quite fun but is only permitted upon collection of a psych skill, that is bestowed on them from a pin similar to the one collected at the beginning. The narrative of our campaign is told mostly through comic stills, that are scattered between action and exploration. With NEO making an emphatic statement in fine tuning its well established foundations in a newly reconstructed 3D world, the astounding vibrance of Shibuya is not only on display within the contorted obelisk metropolis, but within battle as each offensive manoeuvre executed is demonstrated with great flair.

Playing on PS5, I never noticed any performance drops during large battles with swarms of enemies attacking our team which was a concern I had going into the game, knowing full well that the title may have been optimised for Nintendo Switch and ported over to Sony’s platform. Of course, The World Ends with You had a legacy to fulfil in its audible space, with some of the best audio-visual mechanics and incredible soundtrack to boot. The Beatdrop Meter can be executed on stunned enemies, akin to an All-out attack from the Persona titles, but more along the lines of a musou like execution. Fusion skills are certainly a treat to pull off, upon building your groove to 100%, but you can build above this with more skilled and timed attacks. It’s a thoughtless approach to a meticulous system that demands attention, but can be performed without hesitance.

While its magnificent campaign will keep you on your toes, you may stray for a quick palette cleanser taking on tasks that quick side-quests, again much like Persona 5’s request system, but merged with their confidant network. You can earn points from each request, and build your repertoire by spending them against your XP. NEO: The World Ends with You tends to a devout audience of anime faithful, packed with tropes similar to that of a streamlined Sword Art Online, without the use of a VR machine. The integrity is disclosed within an aesthetic, rather than its overall experience. A unique westernised depiction of Japanese anime that is shown through an colourful, cell shaded Shibuya, that are accompanied by its narrative, quickly told through cells rather than cutscenes. It does take away from some of NEO’s presentation at times, but can be excused due to the quality of writing at hand.

Legendary composer Takeharu Ishimoto (Kingdom Hearts, Crisis Core: Final Fantasy VII) returns to his post as lead composer, building off his legacy from the original. Compiling a mixture of funk, rock and J-Pop into its infectious overture, much of NEO’s soundtrack takes notice of each sequence in design and tone to match the campaign’s narrative. The Battle theme initiates with rambunctious guitar riffs, while cinematics are calmed with buoyancy. “Bird in the hand” came out as my favourite track of the entire game, reminiscent of Persona 4’s hip-hop inspired tunes and “gimmie all your love” from its predecessor. A flavourful combination of rock, 8-bit glitch step. I also commend each actor portraying newcomers and returning favourites for their phenomenal performance here. It was great to hear a unique cast, while some notable artists in the industry make cameos.

NEO: The World Ends with You is an essential for those that adore the original, and a must have for the JRPG lover. An insane amalgamation of creative beauty that comes together for one of this year’s most action-packed exhibitions, that will leave fans enamoured for over 70 hours. Yes, it’s a love letter of some sorts but its unique attributes – from its translation to 3D, a new cast of quirky characters, absolutely gorgeous overlay and incredible sound design – makes this entry a must play in its own right. Sure, without “The World End with You” attached to its title, it may have been somewhat questionable, but NEO’s clear delivery in Story, Gameplay, Presentation and Sound, which is what we base our reviews on, makes this an extraordinary feat for both h.a.n.d. and Square Enix. Definitely in our favourites for Game of the Year.

NEO: The World Ends with You

Supplied by the publisher, for our review.
Windows Playstation
0 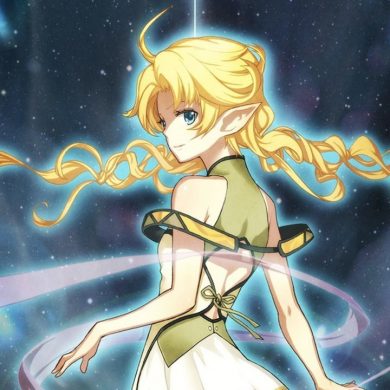 YU-NO: A Girl Who Chants Love at the Bound of this World Review
holiganbet - queenbet -