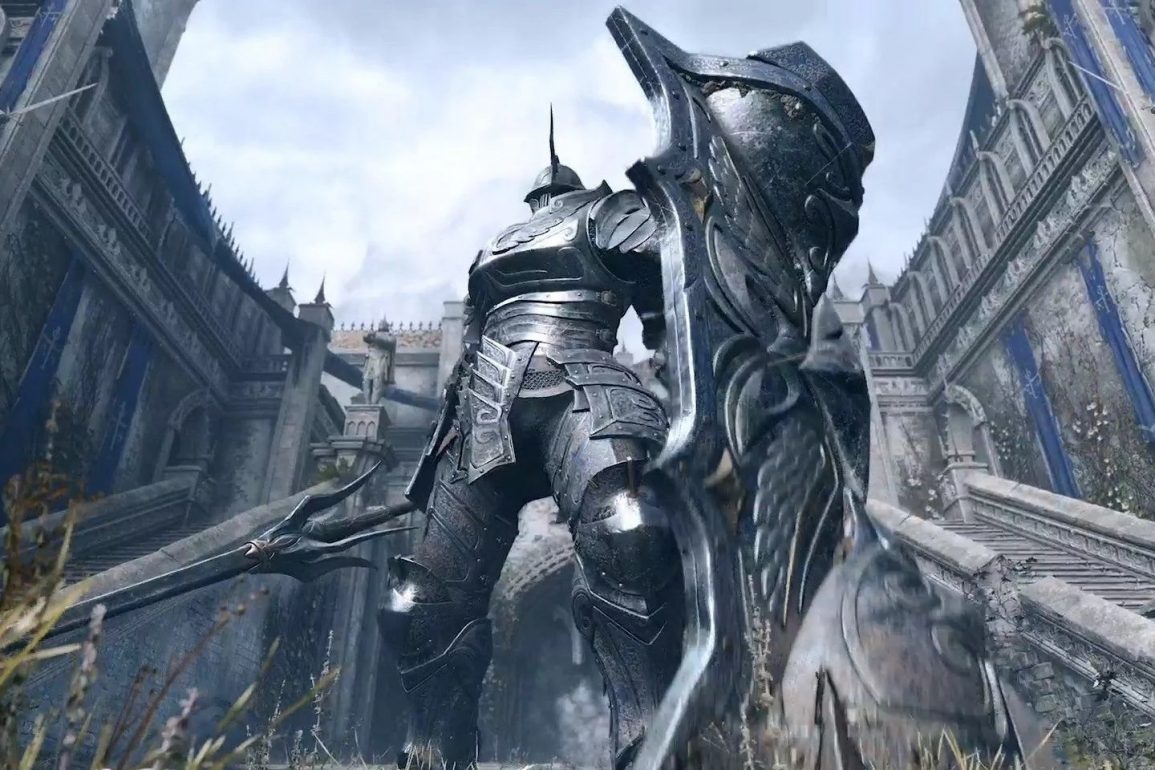 ✔️An Essential for PS5 owners.
✔️Astounding. An sublime effort by Bluepoint that retells an incredible tale with amazing profiling and redesign that makes the experience feel new again.
✔️A delight for every Souls fan; a true next generation Souls-like delivery.

❌Some UI clunk, but nothing that will falter your experience at all.

Ah yes, the Souls category. One that truly embarks on testing the will of many gamers, and their patience. What a risk in launching such a title with brand new hardware, especially a series that has been notorious for gamers breaking quite a number of DualShock 3 controllers. If you don’t believe me, you can ask my co-host Holmesy, he kept a broken spare PlayStation 3 controller on hand, so that he could throw the disintegrating remote around the room, keeping his new PS3 controller pristine. Buyers beware, you don’t want to toss around your new Dualsense, treat it with the love and care it deserves. However, Demon’s Souls will push many gamers once again to their limits, in this epic remake by Bluepoint Games, originally developed for the PS3, Japanese development studio FromSoftware paved the way with its original release two generations prior.

Demon’s Souls carved the ultimate legacy, and paved the way for many other titles that were to come. The aptly labelled “Souls-Like” genre, had seen its fair share of releases prior, but none that could hold a candle to the trials and tribulations Demon’s Souls had pit against gamers. Being the massive ATLUS fanboy that I am, it was tears of joy seeing the reveal of such a classic being remade for the current generation. Over a decade later and completely rebuilt from scratch, Demon’s Souls provides a litany of turmoil and terror as you engage with some of the biggest baddies, encounter haunted areas full of undead, and traverse through a horrifically gorgeous terrain that established players will no doubt remember, beat for beat. If you recall PlayStation’s old campaign slogan, “This is for the Players”, it seems appropriate that this release makes a return to form for fans of this franchise.

A concern I had before booting into Demon’s Souls highly anticipated remake, was the amount of hours I was prepared to sink into the title. Remembering the footprint of hours that must have been in the hundreds I had left in the original, had me salivating, but also left me quite anxious. Remembering that Demon’s Souls mission statement was purely a hardcore gamer’s side-piece, rather than its integral focus presented some calm, reminding me to take it slow while experiencing the title in all its glory. With a plethora of games that had been laid upon up within PlayStation 5’s launch window, I knew I had to be prepared to make some timely sacrifices for this title. However, it’s odd to come to this conclusion regarding gametime, I found the remake to be somewhat slimmer in length.

It could be that I’ve completed the original a number of times, and had just memorised everything perfectly, but I don’t think that’s the case. Regardless, Demon’s Souls still demonstrates the best in JRPG tactical Souls-like survival, even with its elevated display in gameplay and graphics that have been astoundingly revamped. The notorious trudge through Boletaria’s Deep Fog has never been so alluring. Upon the original’s online servers taking their last heartbeat in 2018, fans were clamouring for a potential remaster for almost a decade through the PlayStation 4’s lifecycle. It had been held at bay for quite sometime that developers were keen on remaking the tactical title from the ground up, but there was no doubt that the passion put behind its development cycle had shown in this astounding remake.

The Texas based development team; established in 2006 with their initial launch Blast Factor, saw the studio deviate from developing original titles and had begun establishing themselves as PlayStation’s reliable reconstruction group, beginning with the God of War Collection in 2009, but ultimate laying their foundations for remastering classics in 2015 with Uncharted: The Nathan Drake Collection. After their admirable efforts with 2018’s Shadow of the Colossus, a complete remake of the Team Ico PS2 classic, Demon’s Souls’ reveal was surely a treat for gamers knowing that Bluepoint were heading the re-release Sony’s next-generation hardware. With a variety of changes in gameplay and performance, it was set to take the esteemed classic, to cinematic excellence. An upgrade to visuals, reanimated cutscenes, the addition of vocals and an overhauled UI truly sets it apart from its original release.

Demon's Souls is an incredible retelling of a classic, and is no doubt an essential; if not a Game of the Year contender in 2020.

However let’s not fool ourselves, the blueprint of Bluepoint’s remake remains intact and is still very much akin to the title’s original structure. The bleak outlook on the campaign’s delivery is sublime, along with the overture that accompanies every eerie moment of discomfort. Hacking and slashing your way through a multitude of challenging environments, with swarms of undead alliances swatting your adventurer will test your overall dexterity and will. It’s as physically challenging as it is mentally incapacitating at times, but this is what true gaming attests to. All 22 behemoth bosses make their triumphant return throughout the story, and come carrying some extra heft in every strike. Reliant on using your ranged weaponry for attack, and shielding any opposed threats, your character will build a wide range of skills and knowledge, ultimately levelling their respective class.

Demon’s Souls’ universe is divided into a six-tier structure, mainly to segregate each mission’s difficulty. King Allant, the once beloved ruler who had a heart of gold, compassionate for his loyal subjects was the kingdom’s first adventurer that fought fearlessly to protect his people. However, as the fearless leader began to age, his ideologies had become devious, and destructive. Out of sheer depression, the King had turned from trusted commander to mutated demon after attempting to end the universe, only to take hold of the Soulbrandt, awakening the Old One, requesting he end his misery and all existence by feasting on all souls, beginning the Second Scourge. With the former royal in form of a mountainous mutate of flesh, he sets forth to lead his own army of demons to take down Boletaria, and all who defies him.

Acting as your knighted protagonist, pillaging through the deteriorating destruction left behind will deliver a deluge of demanding action. You must be swift, and ready for anything around every corner. You will die, alot. Everytime your knight is killed, they are sent back to the beginning of the level with all progress lost, and only some health restored. Defeating each demon will deliver a soul that you must carry throughout your campaign, however dying upon a certain level will retract all souls collected, and must defeat every enemy to regain all progress. Its a tough hand to be dealt with, but this is the Souls genre, you need to be prepared for the worst. New weaponry and armor lends a hand, along with a new item called “Grains” which gifts your protagonist a temporary resistance boost to ailments such as fire and poison. Grains may also help if your health is depleting by slowing down your bleed time. 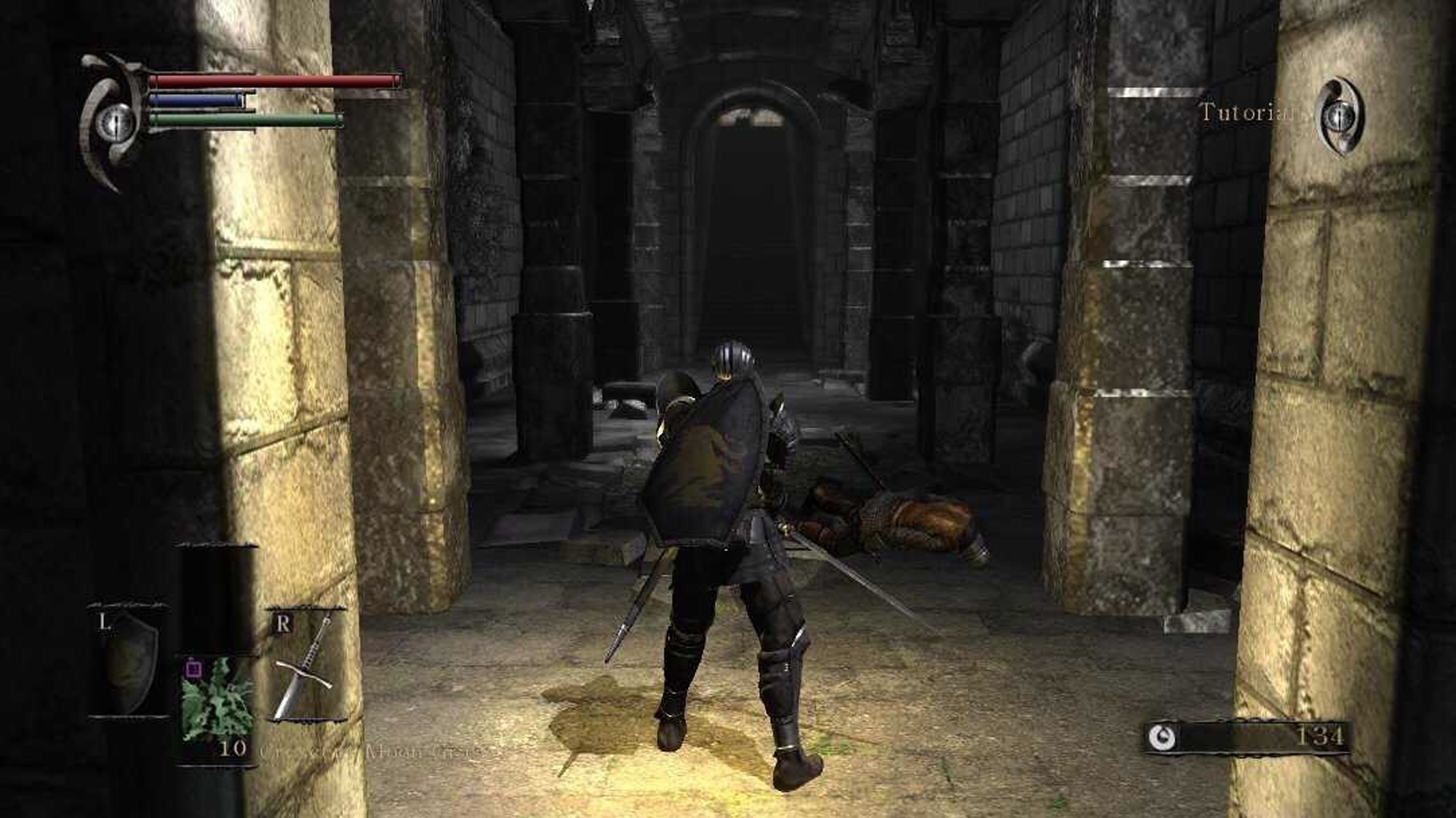 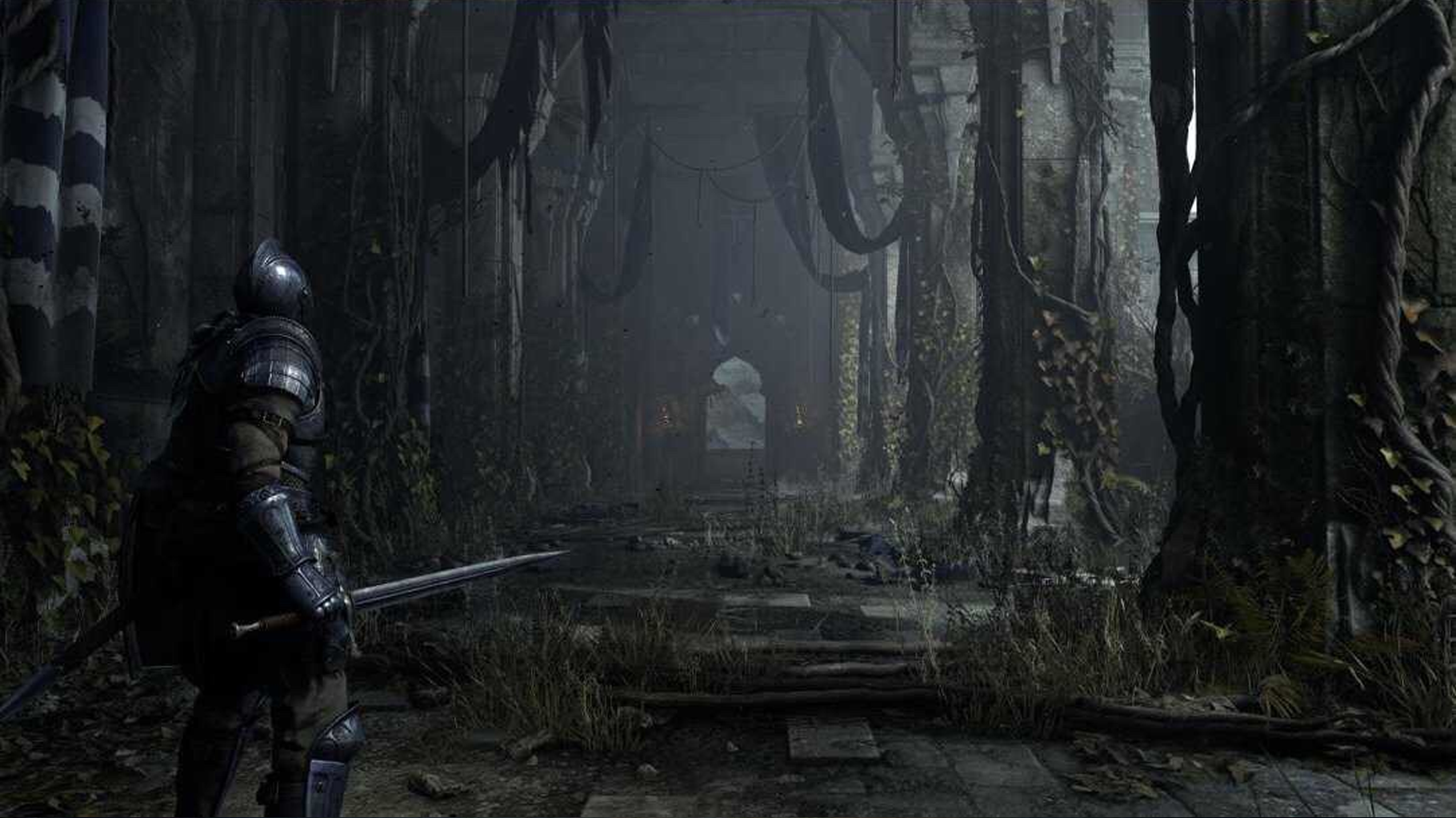 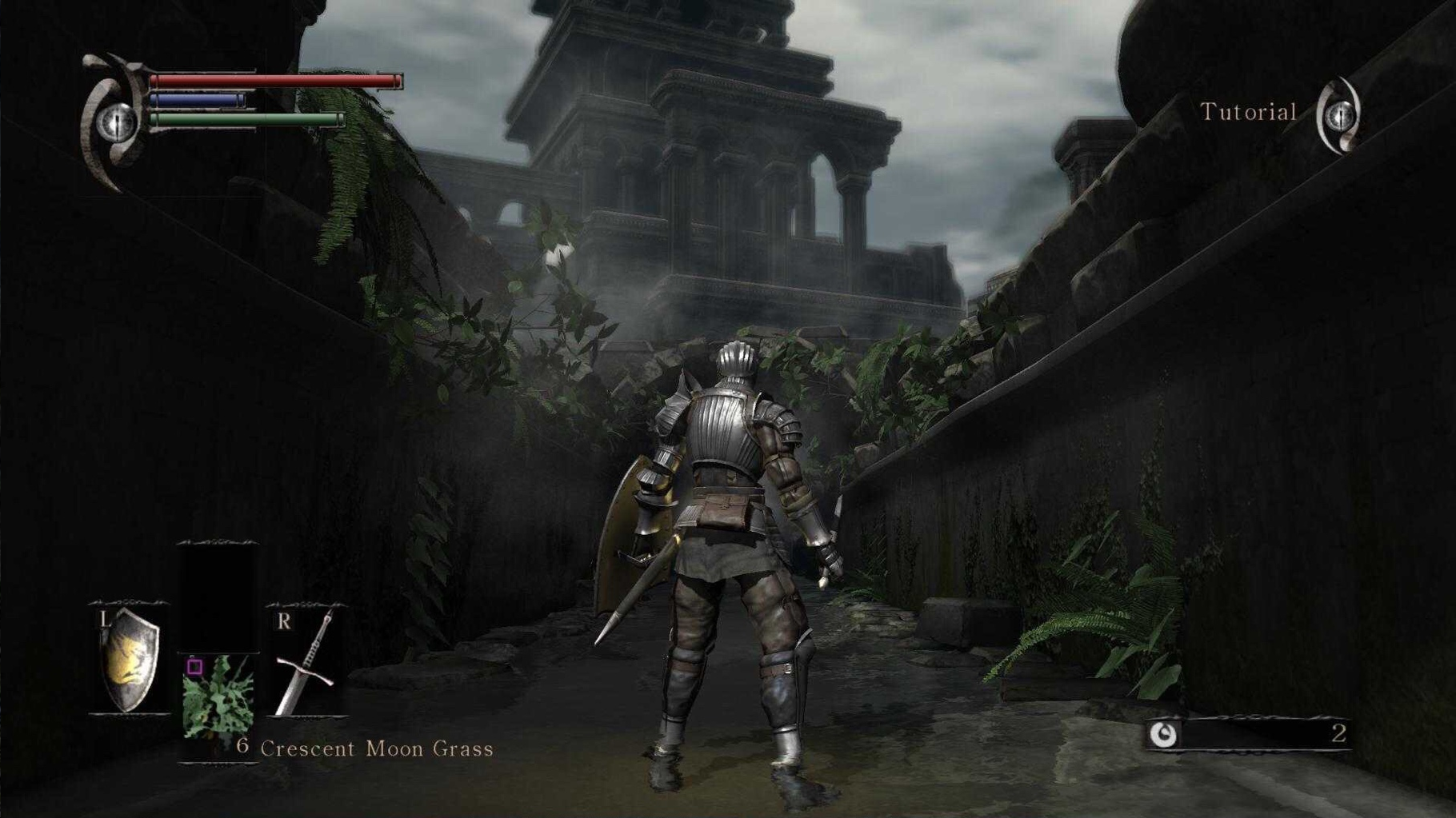 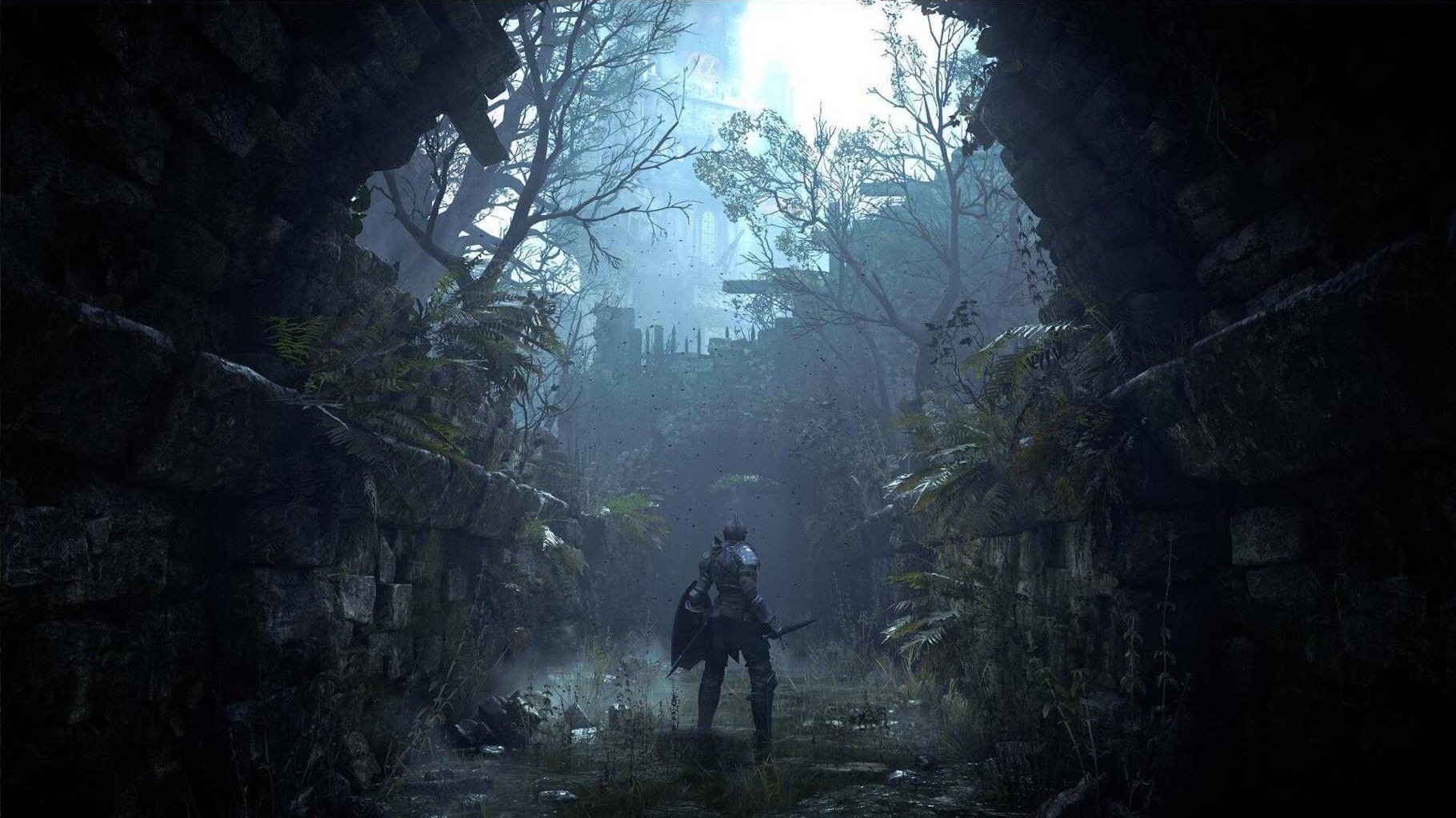 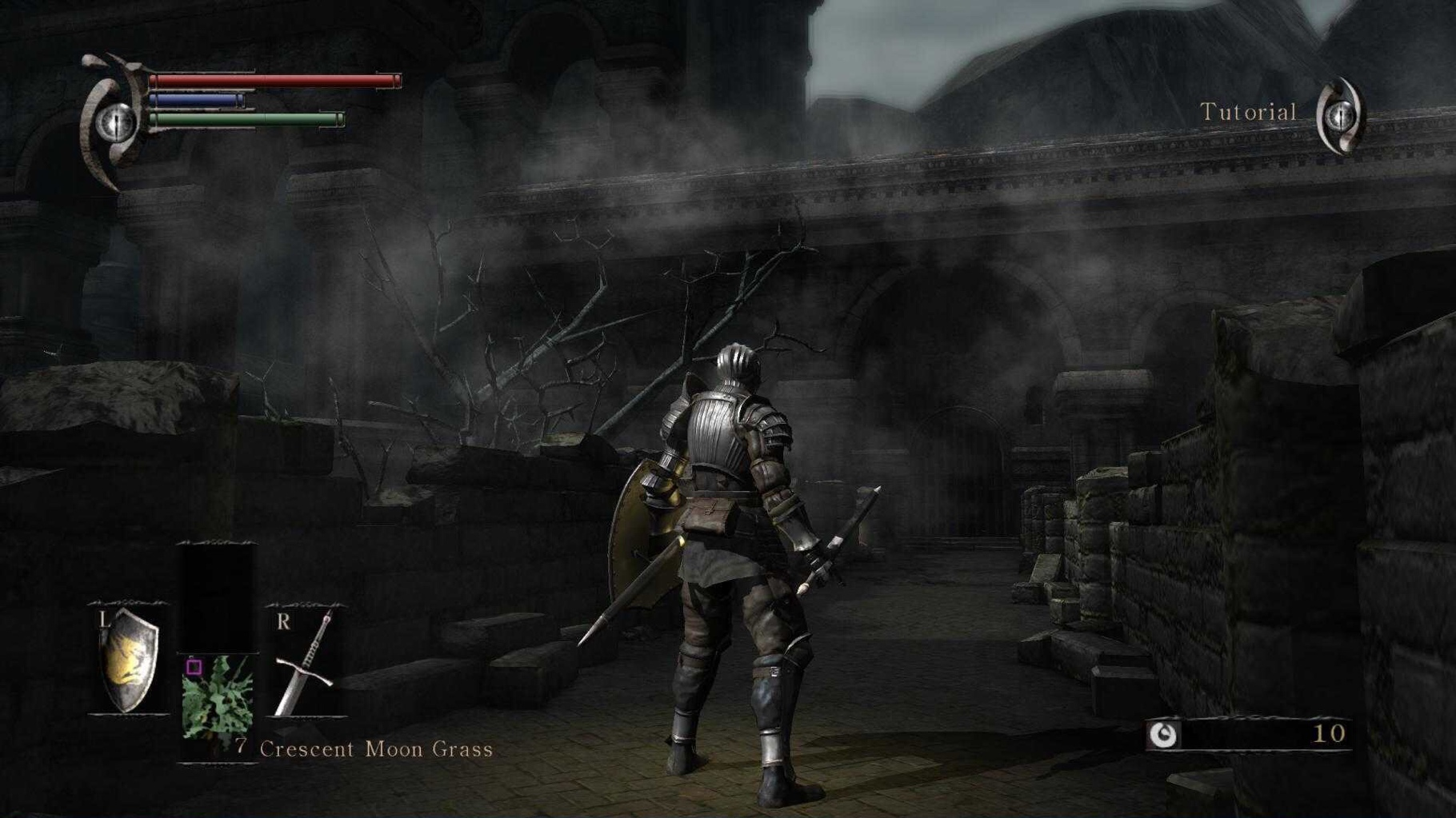 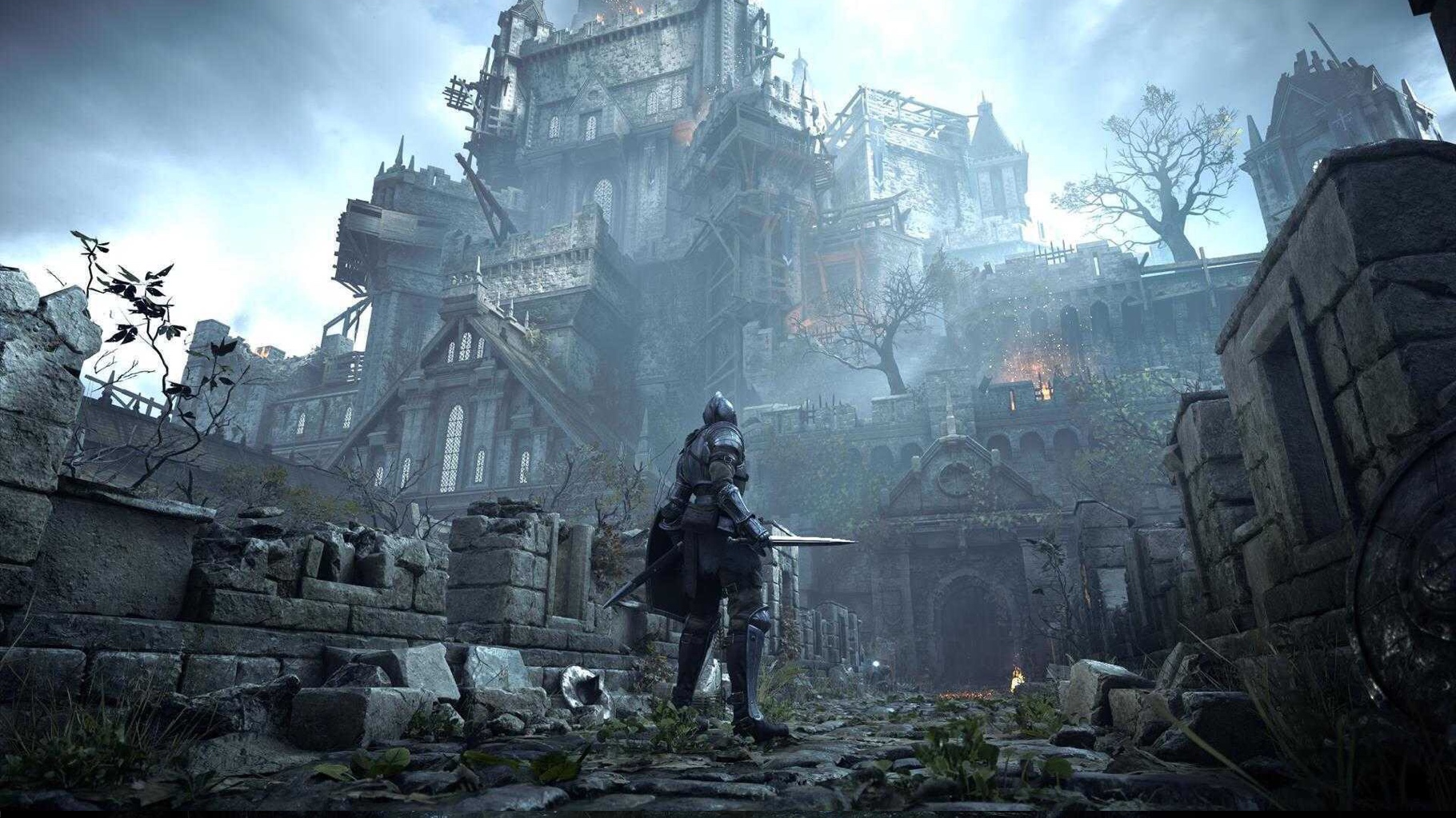 Fractured World switches the entire campaign around in mirror form, allowing experienced players a small challenge, so that they aren’t simply revisiting the same old story once again. Some weight classes have been adjusted cordially, so dead weight is no longer existent here, and photo mode is as described; It’s just another way to display the astonishing redesign in a stylish approach, akin to many other titles that have applied the mode before it. While Bluepoint made the effort to state that Demon’s Souls remake would not entail a difficulty spike, that could be argued. But I understand the structure formed to make more of a casual friendly approach to newcomers of the series, especially those who are looking for an incredible action adventure to sink hours in on their new hardware.

Demon’s Souls is the perfect nostalgia piece that sits alongside the myriad or monumental releases in PlayStation 5’s launch window. It delivers on every facet imaginable, from expeditious, to tedious pacing. Intrinsic detail that will leave you in utter shock and awe, gameplay that has been elevated with a barrage of boastful improvements, alongside its stunning overworld. Its superb narrative progresses easily, and is translated within the action that unfolds. The bloody horror, and shellshock carnage that ensues is one that cannot be missed. Sure, it will anger some gamers who can’t stand a kill or two, but for those who know the genre well enough to challenge their skillset will no doubt adore this trip through memory lane. Demon’s Souls is an incredible retelling of a classic, and is no doubt an essential; if not, a Game of the Year contender in 2020.

Demon’s Souls is an action role-playing game developed by FromSoftware for the PlayStation 3 under the supervision of SIE Japan Studio. It was published in Japan by Sony Computer Entertainment in February 2009.

Story
9
Gameplay
10
Presentation
9
Sound
10
9.5
Supplied by the publisher, for our review. 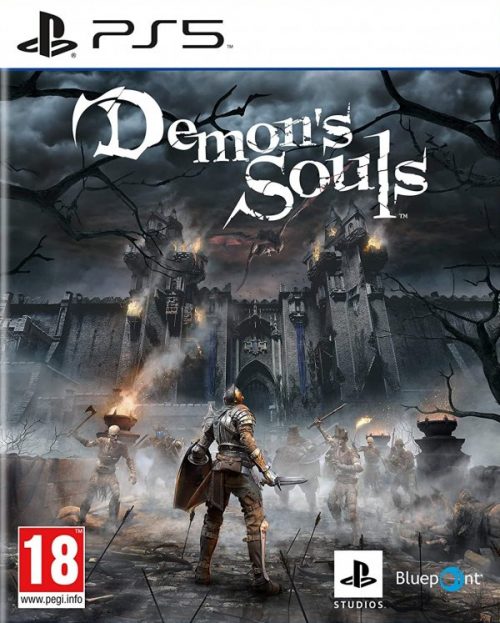 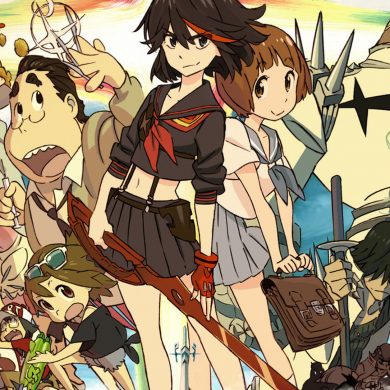