Vibrant levels with plenty of collectables

Humour gets vile and some riffing can overstep the mark

Combat can be simple and repetitve

When I finally pulled the trigger on a PlayStation VR purchase last Christmas, Accounting Plus was one of the first titles on my to buy list. It is an obscure, over the top title that was developed by Rick and Morty co-creator Justin Roilands newly formed VR Studio, Sqaunch Games. A hilarious interactive adventure that relied heavily on the crass and bizarre comical humour that Rick and Morty fans had come to love and know, the gameplay was very linear and confined to each small story scenario the player advanced through. Fast forward three years and the studios latest game, Trover Saves the Universe, has still managed to capture the same crazy humour whilst building a more expansive gameplay style that puts it in the upper echelon of VR experiences.

You play from a first person perspective as a Chairopian, an alien character from a world where everyone is bound to a floating chair, using a PS4 controller like device to teleport and look around. Your two small white haired fluffy dogs, who bare a remarkable resemblance to Snuffles from Rick and Morty, are kidnapped by an alien called Glorkon. Glorkon inserts the dogs into his empty eye sockets to gain destructive powers with the intention of destroying the universe. Enter Trover, a purple alien that has been tasked by his boss to help you retrieve your dogs for a sweet payday. It’s a simple premise that is amplified by the crazy characters and absurd scenarios you encounter across your journey through the games six different alien worlds.

The gameplay combines both first person aspects, 3D platforming and light puzzle solving. You control Trover with your Dualshock but can only go as far as you can see. Getting Trover far enough on the screen to a warp point teleport’s you to that point and advances you through levels. Think Astrobot movements with Trover and every other VR teleport movement mechanic as the Chairopian. Too much distance between you and Trover means you can’t advance. Trover has basic moves at the start of the games whilst earning upgrades as you progress like double jump, hover, roll, throw and heavy attack with his lightsaber like weapon. Each world has an objective and despite the game and story being linear through each world until its conclusion, each level is huge in scale with plenty to explore. As the Chairopian, you quickly gain the ability to ascend three different chair heights into the sky. Combine this with 360 degree rotations and you start to feel like a cameraman and onlooker to the action. I quickly felt like I was in Super Mario 64 or Astrobot, ascending, rotating and physically moving my head to look under objects or around corners to gain advantage to solve puzzles or find collectables. Level design is fantastic, especially the first world which utilises vertically in a way that trains you to use the ascend or pop up feature intuitively.

The combat or few puzzles are never overly tough or complicated but are passable enough to facilitate the true draw to the game; exploration of the power baby collectables on each world and the back and forth dialogue that Trover has with other characters or directly to you. Trover is obsessed with power babies and they can be found in levels by looking at them in hiding places with your on screen cursor or cutting collectable crystals on the map with Trovers laser sword. The art style is very much like Rick and Morty and each world is vibrant and colourful, each with its own identity and charm. The characters in each world are whacky and optional interactions with them make for some fun and maniacal moments. There were plenty of laugh out loud moments as the humour is another insight into the dark twisted mind of Justin Roiland. The game is filled with profanity, which can be turned off and bleeped out in a censored mode when you start a new game.

Roilands recognisable voice acting and dialogue is once again top notch. The delivery, cadence, tone and execution make you feel like you are listening to Morty or many other obscure alien characters from the cult classic Adult Swim show. Although the humour and jokes are one of Trover Saves the Universes many strengths, I found it sometimes delved into incoherent vile ramblings and was drawing from the bottom of the weird laughter barrel, occasionally overstepping the mark. It wasn’t enough to dampen the experience and the other fantastic humour usually glossed over it. I especially love how Trover breaks the fourth wall quite often and breaks predictable punch lines with left field delivery. It knows it’s a game and it tells you quite often.

Although the game can be played with just a PS4 controller, the game truly shines in VR. Looking from left to right and up and down through actions is quicker, smoother and responsive than the brief moment I tested not using the headset. This was a massive step up from Accounting Plus and its 4-6 hour campaign never felt too long or overstated. Overall its quirky mixture of humour, platforming, light puzzle solving, exploration and combination of third person and first person action make this a must play for not only Rick and Morty fans, but all PlayStation VR owners. I wouldn’t be surprised if Trover saves the Universe features on many Game of The Year Lists come end of year. 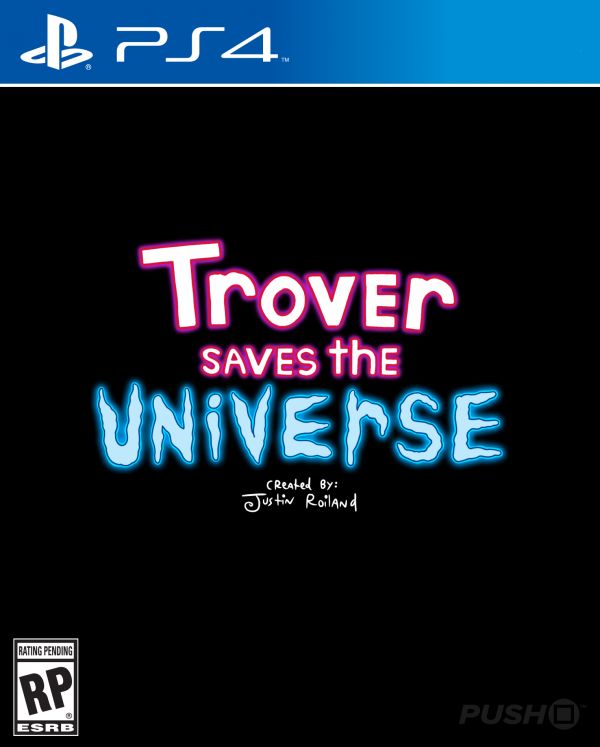