Solid combat system, that has some great upgrades from it's predecessor

Side quests are kind of pointless

When The Surge launched in 2017, I was enthralled by it’s stunning presentation and the prospect of injecting a “Souls” style genre, into a sci-fi environment. While it’s ideas may be tried-and-true to an action RPG, I believe it’s base mechanics resonate that of a Dark Souls title, with it’s simple weaponry mechanics, it’s beat ’em up system that resonates more or less a hack-and-slasher, and it’s map’s that more or less represent different dungeons to pass through. The argument could be laid bare that the title is solely a Souls-like game, but also represents more than just that. It’s brings forth a fresh appeal to solid combat, in an urban type surrounding that is not usually is par for the course in the genre. While it maintains it’s predecessor’s etiquette, The Surge 2 effortlessly comes out of the gate strong, trying it’s best to make it’s own statement. While bringing back more of the style we loved from the first title, the difficulty spike is made more apparent as soon as the gameplay begins. While the game may embody all these incredible attributes to make a strong RPG/Souls-like title, does it really deliver it’s own impact? Does it heavily rely on it’s prequel? Does The Surge 2 lay it’s own foundation etching itself as a memorable title of this generation?

Set in the far, dystopian future, The Surge 2 takes place in the gated city of Jericho, a metropolitan city that has gone awry, and completely overtaken by total anarchy. Our story begins with our protagonist aboard an airplane, where they befriend a young lady, Athena Guttenberg. While flying, the plane collides with a rocket known as The UTOPIA that see’s it crash just outside Jericho City. Our protagonist survives this horror crash being awoken inside Jericho’s prison medical facility, by visions of Athena naming our protagonist her Warrior. She guides our now labeled “Warrior” throughout the story, in hopes of finding her grandfather Jonah Guttenberg, who is the apparent founder of the CREO Institute of Technology. The prison had been under attack while in a comatose state, by a nanite-creature known as the Delver, freeing all prisoner’s from their cells, but also allowing Warrior to escape, not before traversing through numerous “dungeon” style maps in the prison, while confronted by a number of enemies who seek out different armory for their own survival and escape. It is up to you to essentially make your way through the prison, and survive.

This is where you will learn your enemies traits, and plan of attack while also learning your own strengths and weaknesses. While the basics of defense and offense are laid bare in simple punching and yielding techniques at first, dealing a barrage of attacks will come at natural pace while leveling up your offense and defense skill-tree. Making simple tweaks to your combat system will essentially force players to understand and adapt to numerous playstyle’s throughout your game time. Blocking will remain vital in certain boss fights, as this will test players dexterity, much like other Souls-like titles do, but with added directional block by pressing the left thumbstick in each direction will help not only your combat, but it’s integral structure and dynamic, fantastic feature. Parrying your enemy adds to the flow of each fight scene, that helps elevate each fight, or boss-fight’s impact. Successfully timing each block and parry will help understand your protagonists attack timing way better than your last hit. It’s a unique feature, that structures itself well within offensive strikes. Remembering that there’s an off chance of an enemy ambush, using the parrying technique with appropriate timing, comes off as one of the most satisfying feats in this title.

It would not be fair to compare this title in regards to it being so similar to a Souls-like game, if we would not mention it’s difficulty. This game is hard. It had be gripped for nearly 35 hours, of intense action. It should be noted, while there are moments of subtlety, there are occasions where the difficulty spikes beyond apprehension, and while it does at times approach as off-putting, it does essentially challenge players into understanding it’s core mechanics, and fundamentals throughout the campaign. After escaping the prison area, the protagonist will gain access to their combat drone, which will become a critical and decisive feature for those who are looking to survive throughout the walls of Jericho. This will help as enemies will garner special abilities such as invisibility or speed, essentially obtaining a new arsenal will be able to overcome each of these unique attacks with your new arsenal of upgrades after each battle. Now while the main campaign in this title is great, it lacks the same captivation and intense story the first did. The Surge was noted on it’s dependency on completing everything to fully understand it’s complete campaign, whilst side-quests in The Surge 2, are something of an afterthought. You could completely skip them without hesitance, and not have it affect your campaign structure, what so ever. So really, in this circumstance, it’s your choice whether you want to get any additional game time in this title, or not.

Presentation wise, the game looks great. It’s not a technical marvel by any contingency, but does present quality in it’s surroundings. There is love put into it’s level design, and the while graphical fidelity may not shine throughout the first portion of the campaign, jumping into desolate environments, you will truly appreciate some of the finer details placed in Jericho City. There was some unfortunate screen tear experienced through some cutscenes and gameplay, which in turn did affect the title’s framerate. There were moments where commotion on-screen, did lead to slow down which rendered some parts almost unplayable, which was somewhat of a disappointment. There were a few crashes experienced on the XBOX One X, which did lead myself returning to the title’s last save point. It’s reuse of protagonist and enemy animations do serve somewhat as a detraction, but I must note that I never experienced any world or character glitches, which was great. The games soundtrack was contemporary at most, and not that memorable to say the least. It serves mainly to convey atmosphere at most, which is okay, but never seemed suspenseful when needed, to say the least.

The Surge 2 does deliver something different for fans that love their action-adventure RPG titles, while also delivering a taste of the Souls-like genre into the fold. While it’s presentation may not be somewhat to be desired, it’s gameplay and core mechanics are great. It’s arsenal and upgrade system present a unique delivery, and it’s story is well written. It’s constant change in scenery, and it’s creative level design will definitely have players wanting to return to the title. I certainly enjoyed my time playing through the game, taking note of certain traits and intricacies that were laid in it’s development. I do wish the title was a little more expansive than presented, but was satisfied with the outcome none-the-less. The Surge franchise has a bright future ahead of itself, and while it may have hit a small bump in the road with it’s sequel, it’s learning curbs will only help better their development heading into the next generation of gaming. The Surge 2 is well worth your time, if your a fan of any action RPG or Souls-like title. 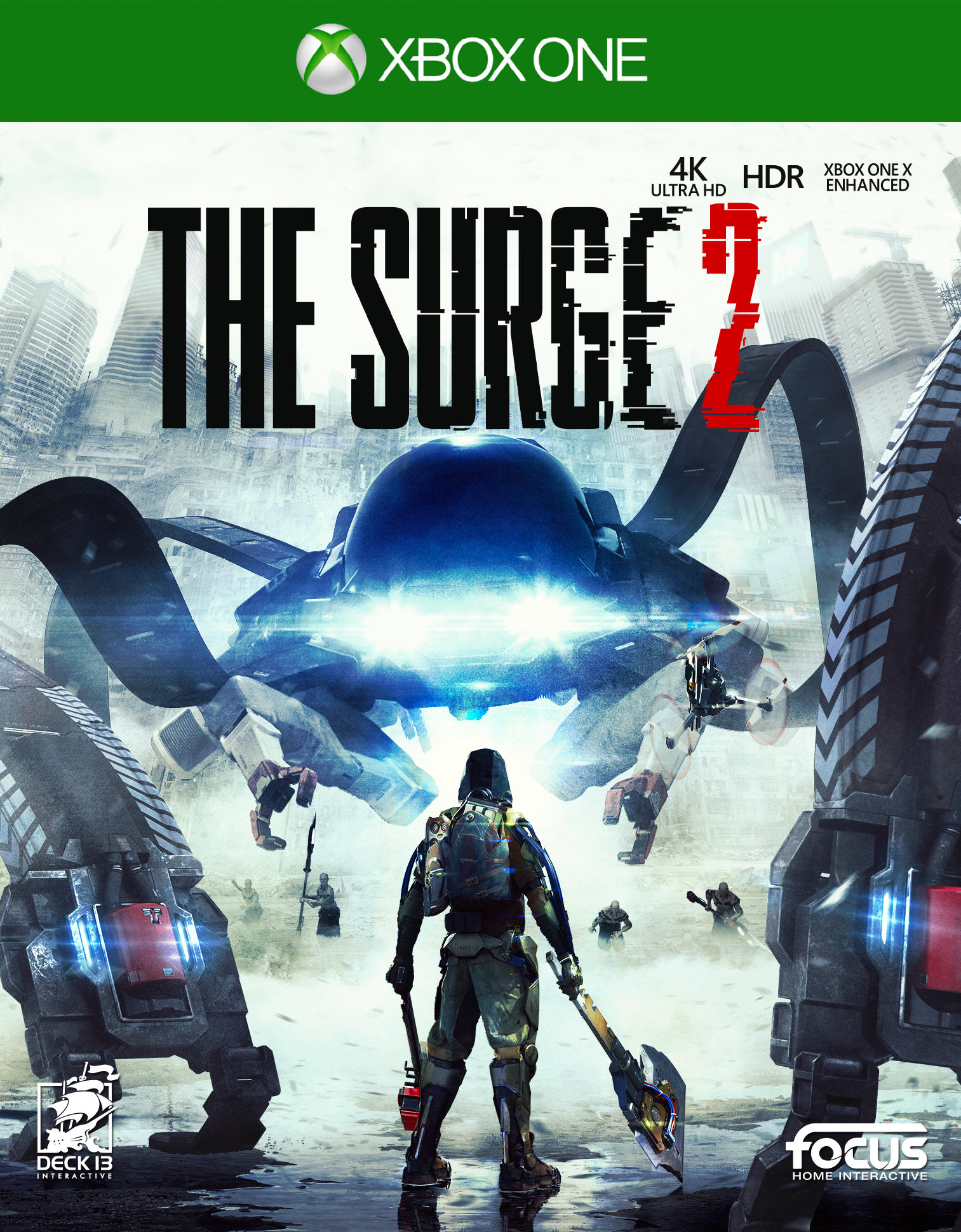 The Surge 2 is an action role-playing video game developed by Deck13 Interactive and published by Focus Home Interactive for Microsoft Windows, PlayStation 4 and Xbox One. It is the sequel to 2017’s The Surge.