Tutorial was too long

Romance JRPGs, it’s an interesting one. Not really high on my radar when it comes to genre’s I love. But I must say, The Princess Guide left me feeling intrigued. Intrigued to the point where I played through this game twice to completely understand the game’s core mechanics, it’s plot line, it’s unique characteristics, and an nostalgic feeling I had with the old Dragon Quest titles, back on the NES. It’s an odd comparison, but you could also equate it to Y’s as well. Both marvelous JRPG’s in their own right. Visual Novel cross Dungeon Crawlers can be somewhat meticulous in structure, but can come off convoluted when presented with a wide range of paths to go through, however The Princess Guide carefully structures the story perfectly, so that it’s not too overwhelming for players, nor thrown your way all at once, making for a well thought out experience.

As the protagonist, it is your job to mentor one of four princess to protect their kingdom in battle. Being an Anime fan, it becomes a simple choice of which “Best Girl” to choose from. Each princess comes with their own unique personality, witty dialogue, quirky attitudes, and the comedic tropes you would usually find in any Anime/Manga series. In my first playthrough, I played as Veronica, a Witch Princess to wants to conquer the world and strike fear into those who try to stand in her way. You also have a choice of Monomaria, who fights for her nation of people with pride and justice, Alpana, the Dragon Princess who hopes for world peace by spreading her message of faith, and Liliartie, is the Hungry Princess, who looks for good food and to defend her people against “a great threat”.

If comparing gameplay to anything recent, The Princess Guide will be reminiscent of Penny Punching Princess. Top down battlefield, dungeon crawler, with waves of ememy’s that will come your way, as you try to level up with each aspect of combat, as there are three variations. Direct attacks are the most often used in game, with formations and special moves being a somewhat extra feature for you and your crew of commanders to decide on when to use whilst in battle. Exploring and battling through the Relic Islands, you will come across certain tasks as, making sure certain enemy’s do not reach their goals through out missions, which is a timed task that switches up gameplay from a direct A to B approach, and throws a spanner in the works to plans you may have to complete said mission, which allows Squad Management to come into play here.

The game can definitely start off somewhat cumbersome, and at times slow. I can totally understand having a tutorial based dungeon, to teach players on how to develop your skills whilst playing your game. But I felt that it came off way too slow, and the dialogue had to be skipped through at certain points. It’s a concern I personally have for impatient gamer’s, who don’t like sitting through a whole lot of dialogue and just want to get into the action. However, I always do appreciate being taught how to play tutorials that can be viewed as overwhelming for any newcomer to Role-Playing Games.

JRPG’s are always known for their unique flavour of animating UI to match the games core mechanics, or story with certain titles having eyesores for UI that take players right out of the element. However, The Princess Guide delivers beautifully animated sprite work, and a UI system that does not overbear what is happening in-game, making for perfect design here. Your guidance menu displays your Materia list, and each attribute aiming to rank-up your Princess’ level, with Strength, Wisdome, Spirit, Moral, and Faith being your main aims. Praise and scold can build your Princess to become a force to reckon with. In addition to this, replayability in this title is definitely a major factor, and a plus. Spanning over 28 hours here, each playthrough presents challenges with the character’s own unique twist. Going back and playing as a different princess, almost makes it feel like you’re playing a completely different path.

Each dungeon in the game takes up no more than 7-10 minutes at a time, which is great for casual players, especially those playing on the Nintendo Switch. Having this game on the go with you, would definitely fill up any free time you have on transport, and wanting to get a quick grind in. In terms of sound design, the title is voiced in Japanese, and has recycled usage of characters grunting, and making the same quotes repetitively, but not enough for you to want to mute the game, which is fine. Voice over work is used in the game’s Visual Novel cut scenes, however is completely voiced in Japanese. There are certain spots in the game where Music is mismatched, with environment, but is definitely subtle and enjoyable none-the-less. I would stress however, that if you are looking for a complete open world, JPRG cinematic experience, you won’t find that here. This is more for the casual gamer, looking to spend five to ten minutes grinding at a time to build up stats, and embark on a zany journey, full of quirky tropes that you would probably find in any harem Anime/Manga series.

Personally, as a newcomer to JRPG’s, coming off amazing titles like the Persona series, Ni No Kuni, Once Piece, etc; I could understand one’s hesitance to wanting to pick this one up. If I were to recommend it though, It would definitely be for those on the Nintendo Switch. Playing this on PlayStation 4 was, somewhat questionable, but understandably so that players who do not have the luxury of owning a Switch can experience this too.

The Princess Guide to me, is a love letter. It’s a tribute to those who love old school JRPG’s on the NES, or Super Nintendo. It has that top down level, RPG flavour down to a tee, but brings a modern spin with it. Presenting a colourful environment, quirky and zany characters that boss you, even though you are doing your best to mentor them, enjoyable gameplay that you will get hours of fun out of, and definitely delivers on all the Anime tropes that you love in any comedic/slice-of-life style, action series you may watch on TV, or read in a Manga series. The core mechanics deliver on all fronts, upgrade system is not convoluted, nor cumbersome which is great, the game looks beautiful for the genre it’s settles in, it does not try to over-deliver, nor does it under-utilise anything it brings with it. It’s hours of nonsense, that will have any fans of the JRPG genre loving this title. 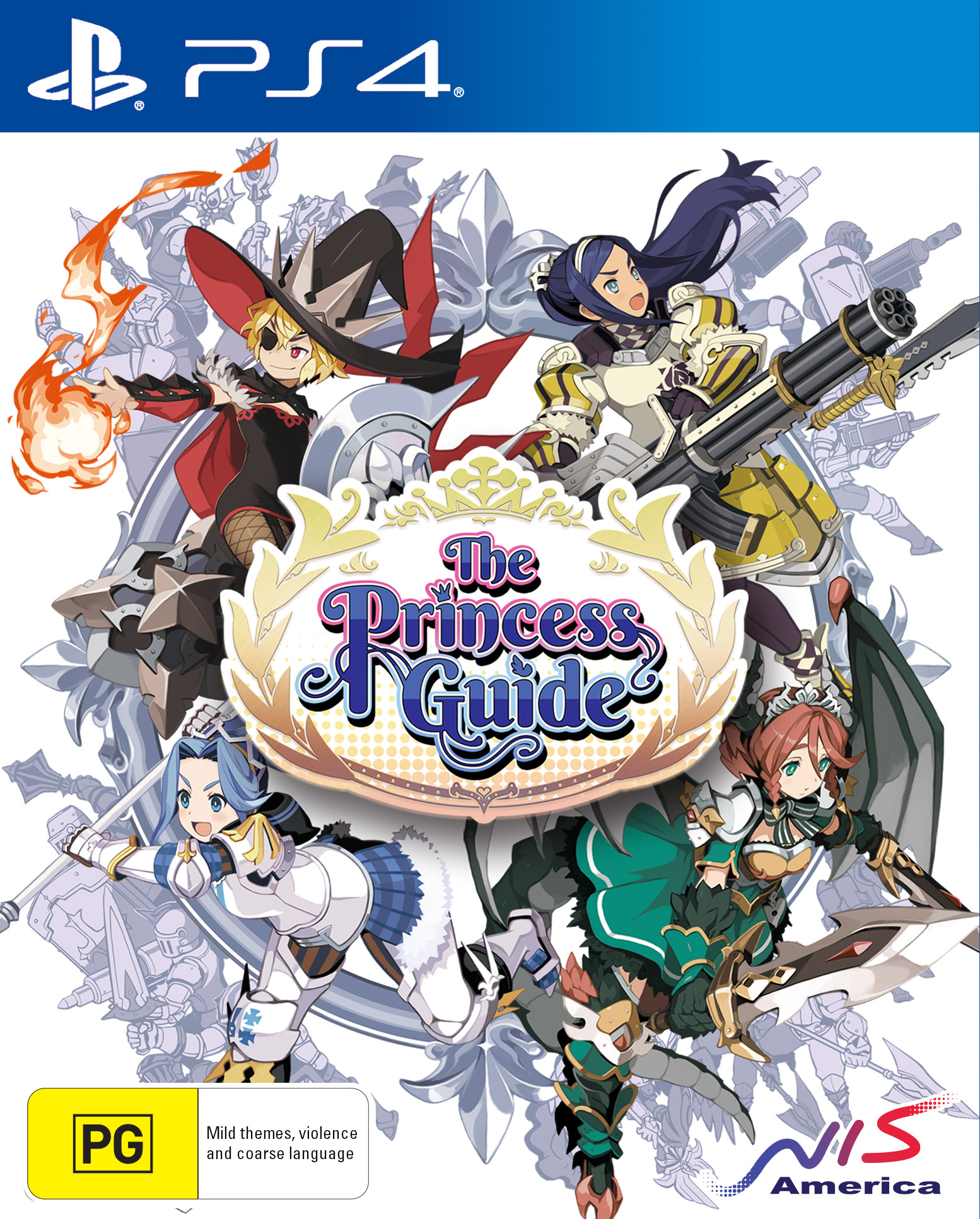 The Princess Guide, is s strategy action RPG, published by Bandai Namco Australia, and Developed by Nippon Ichi Software Inc. The game is an RPG mixed with raising sim elements where the player controls a knoght who is training four princesses.