Parody gaming at it's finest

Well, this was quite the experience. GORN was my very first experience using the Ocuclus Rift, and I have to tell you, it was a lot of fun. The backstory here is, I had requested the code to review this title, with expectation of it being a PlayStation VR game. Low and behold, I was mistaken and the title was exclusive to Steam. I scrambled to find someone who owned an Oculus, and found that one of my workmates owned one, which I was able to finally get my hands on this week. Thank God. So, how about GORN? My expectations were a little low heading into GORN, given some of the material that I had seen prior to getting my hands on the title. Some of the content shown on the trailers, really did not vibe with what I consider fun, or anything worthy of my time. Well hell, was I damn wrong here. GORN is a hilariously bloody gladiator arena fighting, where once you jump into this virtual world, you probably would want to get some home insurance. You’re going to get a work out, and probably hit yourself a few times in the face with your Oculus controllers. The game’s tagline is literally “the most brutal and savage VR FACE-SMASHING GAME EVER”, and yes, it literally is.

GORN is truly obscenely bloody gameplay. It’s violent, it’s funny, and it’s in your face. Prepare yourself for some non-stop laugh’s, bumps, bruises in this bloody gladiator simulator, that takes you into the carnage, where you fight off crazed gladiators who’s aim here is to simply attack you, until you die. So, fend off any oncomers, swing your sword, your axe, your… crab claws? Uppercut them into oblivion, tear their heads off, and bestow yourself in glory, as the crowd cheers you on. It really does sound like a cheap commercial, but I promise you, it’s as glorious as it sounds. GORN’s premise of simulating a gladiator experience, is not exactly precise, but it is quite in-depth. I was pleasantly surprised with the amount of weaponry given here, and the countless ways to melee your opponent. Swinging your sword, and impaling opponents with spears, causing mass destruction in your virtual world will be a whole lot of fun, while completely flailing your arms like an idiot outside will be somewhat a danger zone, so be sure to play this in a wide-open space, and keep all children and pets out of your way.

GORN is surprising a lot of fun with friends though, having people around you observing and helping you will be not only a task in itself, but prove itself to be a great party game too. Having spent 5 hours playing with friends, we found ourselves switching and swapping out, enjoying the game for what it is, mindless violence, with a cartoony rage to it, that simply let’s you take out your anger and frustrations, and dominate this fantasy gladiator’s pit. Now, we did unfortunately have the game crash on us a few times, and we did experience some wall clipping glitches, which are bound to happen in a VR setting, although, it wasn’t just us. We had some enemies randomly popping up out of nowhere, and some moments of hesitation with the game freezing at random moments. We checked our PC settings, and ran a few other games to make sure our graphics card, or PC wasn’t dying on us, but everything seemed fine running a benchmark test on other titles, so there are a few bugs that you will experience here. But it will not take you out of the element, as it’s not a game you will sit down and get a completely immersive experience out of.

GORN’s presentation is that of something alike of a Team Fortress. Crazy cartoonish models, that speak complete jibberish, grunting like wild cave men at times, with a simple surrounding that is not looking to have complete detail. Your eyes are on the prize, which is your opponent infront of you. There are different themed arena’s to choose from, and while they all may look a little different, they all act exactly the same here. GORN’s music aims at putting the player into a battling mood, with some dark tones but ultimately meets a mild expectation.

All in all, GORN is a satisfying VR experience. While I would recommend this title to many VR players out there, I will say it’s limited in many ways. You’re essentially looking for a total blood fest of mindless enjoyment where, which is totally what I got out of this, but I can also see where players may not return to it later. While it may have a range of ways to kill opponents, with a plethora of weapons, a myriad of melee attacks, and range of ways to completely obliterate your opponent, it’s replay value lacks. It’s a great party game, if you have friends around that want to experience VR for the first time, but if you’re looking for a true blue immersive experience, I can’t say you will find it here. Is it a great “one-timer”? Absolutely. It’s a ton of fun, that you will love for hours. However, it’s only for hours. GORN is a great VR experience. 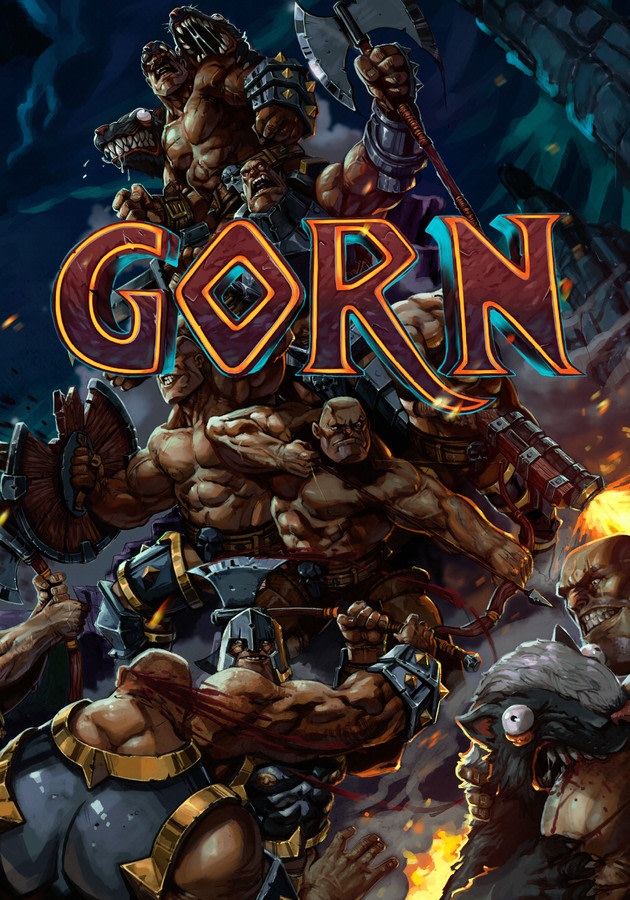 GORN is a ludicrously violent VR gladiator simulator, made by Free Lives, the developers of Broforce and Genital Jousting. Featuring a unique, fully physics driven combat engine, GORN combatants will be able to creatively execute their most violent gladiatorial fantasies in virtual reality.