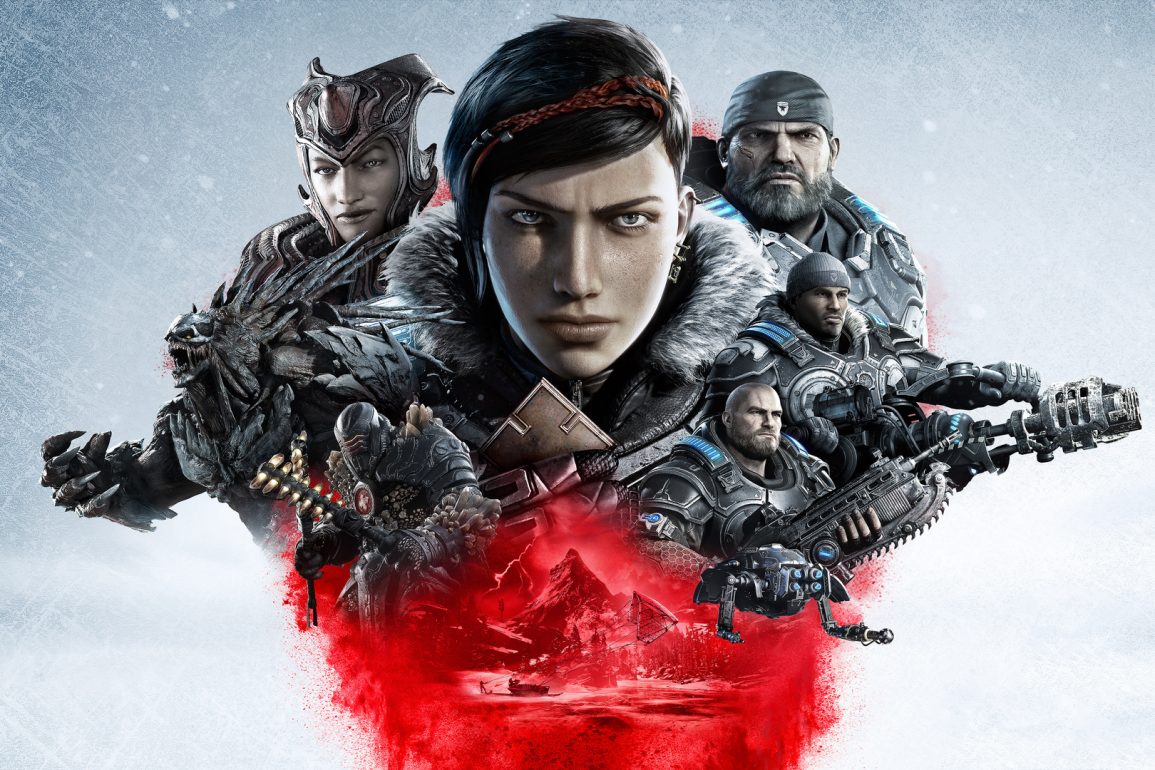 In ReviewsXbox One
8 min read

The Gears of War franchise has always had a special place in my heart as the cornerstone action series that always brings me back to XBOX. I am no way bias towards any platform of choice out there, I love them all. But if there’s a run ‘n gun third person shooter that has embodied what an intense assembly of rough and guts, all out action-packed hit-fest should be? It’s Gears of War. After Gears of War 4, I honestly was afraid of where the series would head, mainly due to the fact that the fourth entry was outstanding, and could not possibly be topped. It’s one of my favourites of this generation. But The Coalition have done it again, Gears 5 could possibly be one of the best releases this year, if not this generation, and what a way to say goodbye to the franchise in it’s current form heading towards the XBOX Scarlett. The Gearts series is heralding such an amazing foundation itself in what I would consider it’s prime years, with such richness and enjoyment bought from it’s development studio, with it’s incredible storytelling attributing to it’s masterclass of action-packed gameplay that delivers an exclusive experience that you wouldn’t find on any other platform right now. It’s insane to think that the Gears franchise has peaked, due to it’s boundless potential it could bring to us in the future, but I digress. Gears 5 is an amazing feat for XBOX and The Coalition, and the delivery of such an experience is truly astounding.

Gears 5 does an incredible job to catch players up to speed. The campaign initially delivers a serial-esque like summary of previous events that have occurred before jumping into it’s fifth entry, with intricate but short details of importance from it’s prequels. We’re treated to a sleek and streamlined tutorial that train’s the players brain into remembering many of the old mechanics, and introducing some new one’s that will come in handy. The quirky dialogue is still present here, adding some much needed comedy relief for the intense story you are about to unravel. If there is anything that sells Gears 5, is how incredible the lead-in from Gears of War 4 is. The captivity of how well the narrative is displayed, is something I never thought I would be delivered out of the series, as the original trilogy never did that for me. I was always under the impression with Gears, that you jump-in, you shoot, you win. It was mindless fun. But Gears of War 4 bought such a cinematic attraction, that leads in with this implicative manifestation that not only grips you emotionally, but invests you psychologically. If you have not experienced any of the previous Gears of War entries, be forewarned that this review will contain some minor spoilers ahead, that may give away some placeholders of importance from the franchise.

Kait Diaz plays the part of our protagonist, or the integral focus of the title. Marcus Phoenix, JD, and Del are all back joining Kait to reform the Delta Squad and uncover the hidden truth’s behind Kait’s family and the provenance behind the Locusts. Their mission returning entails the force to travel towards Azura in hopes to launch the Hamer of Dawn to restore the network in effort to destroy the Swarm. Baird who has directed the team, at request, to help destroy Swarm struggles to relocate the satellites that would exterminate Swarm. The team return to the COG, only to find Jinn’s realisation that the team had gone against Anya Stroud’s wishes, and effectively stops the mission. With Settlement 2 under attack, Jinn instructs the team to evacuate. This in turn reveals JD and his former teammates being deployed previously in Settlement 2 to stop a protest with Fahz having his team ultimately kill innocent people. This impacts Kait and Del’s trust towards JD, as he tries to convince them that he was only following his marching orders. As the Swarm continuously attacks, JD orders Baird to fire off the Hammer, this leaves significant impact upon the team. While it may have killed off Swarm, it had gravely injured JD who  fails to save other civilians and Lizzie from the hammer strikes.

Four months after the events in Settlement 2, Kait and Del voyage towards Mount Kadar, where they discover a COG lab hidden beneath the surface. They find Niles Samson, as an AI who explains that the Locusts were results of secret DNA experimentation amongst children who were infected with Imulsion and were also victims of creatures of the Hollow. Queen Myrrah is also revealed as human who was immune to the disease, but had complete control over the Locusts due to genetic abilities that would in-turn help create the creatures. This all came from ancestry, but had turned on her own partner, and new-born daughter who is then revealed to be Kait’s mother, Reyna. She then led a Locust rebellion against her team of scientists, to claim their independence, and lead the charge. It then comes to light that Kait, is the heir to the throne of Locusts and unbeknownst to be their next Queen. In an attempt to separate any association between herself and Myrrah, Kait demands a dissolution between herself and the Swarm’s hivemind.

It’s from this point the story truly kicks off, with such intensity. Gears 5’s cinematic experience is such a joy to sit through and watch. It’s delivers some of the most raw emotion that we have not seen in gaming for a long while. Gameplay wise, we are treated to a fine-tuned Gears of War engine that exemplifies what exactly we have come to experience from The Coalition, if not… more-so. You will be pleased to know that everything you have experienced from past entries, returns in all of it’s gorey glory, along with an assortment of gunplay that can’t be found on any shooter. It’s incredible to sit back and enjoy the scenery that has been placed in the world of Gears 5. The terrain’s design perfects your gunplay immensely here, and does not seem forced what so ever. It all feels natural jumping back into Gears, without any of the fluff that we had seen in past XBOX 360 entries. I could not believe I was honestly playing the best shooter all year, but I really was with Gears 5. The pacing was terrific here, and ultimately matched the timing perfectly with every piece of scenery, and story element that was presented. With a minor hitch and graphical glitch, there was nothing here that I could critique that could in essence be patched quickly by the team. It’s one of those things where, we may all criticise XBOX exclusives being quite sparse, but when they are delivered, they are delivered with conviction and trust.

I have to give it to the incredible performances, from our cast of characters in this game as well. Laura Bailey (Uncharted, Catherine: Full Body) absolutely knocks it out of the park. Returning as a newcomer from Gears of War 4, Kait’s character was something of an afterthought at times but to be essentially placed as the placeholder of this title, only bought more attention to the series. I have to admit, when seeing the initial teaser trailer behind Gears 5, I was intrigued by how they were going to extend and circle the story around Kait as the series main focal point. We have all come to know and love our strong male protagonists throughout the Gears of War mainline history, but to place it behind Kait was a bold risk that I was so excited for, especially when you have such a strong lead in Laura. I personally am a huge fan of strong female protagonists in gaming, so I was pleased to see this being an essential piece behind the franchises fifth entry. We of course, are treated to our returning cast of characters including Marcus Phoenix, voiced by the legendary John DiMaggio (Futurama, Final Fantasy), JD voiced by Liam McIntyre (The Flash) and Del, voiced by Eugene Byrd (Rise f the Teenage Mutant Ninja Turtles).

The official soundtrack to game, as always tells the story in it’s methodical pacing suiting itself for the franchises intense gameplay and story. Composed by Various artists that have worked on a monumental number of Triple A title’s throughout the industry, we are treated to some of the most cinematic vibrancy within this one title. It’s a true compilation of gaming action that ultimately delivers ontop of this incredible title, and melds itself quite well. The impact of each track that is placed in certain scenes throughout the campaign boldly displays the emotion and thought put towards not only each moment, but extroverts an output that it tries telling players that you are in a moment of dire importance, or consequence. I absolutely love it.

Gears 5, is ultimately the best entry into the franchise bar-none. While arguable, I consider this to be the cream of the crop. While I did feel quite similar to Gears of War 4, it definitely will be a tough feat for The Coalition to top this. With XBOX Scarlett a year away, and The Coalition now having some downtime to begin production on it’s next entry which will no doubt be on the next gen platform, it’s tough to grasp where they could go from here. Trust me, it’s not a negative. In fact, it’s quite a positive onset from this point. Gears 5 ultimately delivers what is the best action-adventure this year. It’s violent, it’s gorey, it’s bloody, and story intense. It boldly delivers an emotional investment that will certainly surprise the hell out of gamer’s who decide to experience it. I for one implore any fans of any third person shooters to play Gears 5, it’s damn sure a hell of a good time. Gears 5 has Game of the Year potential written all over it, and will surely be remembered as XBOX One’s best of the best. 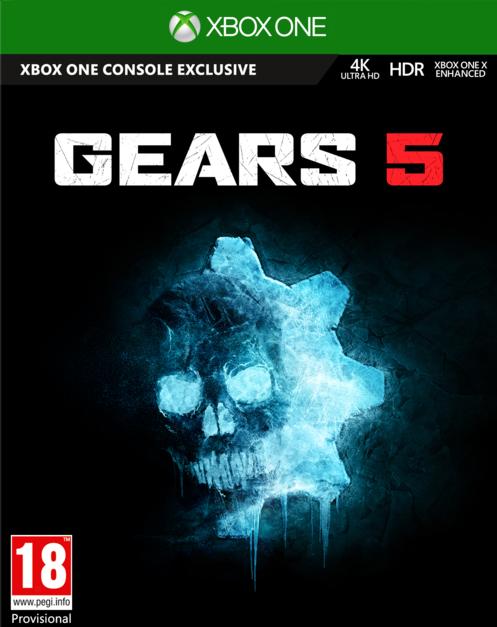 Gears 5 is a third-person shooter video game developed by The Coalition and published by Xbox Game Studios for Microsoft Windows and Xbox One. It is the sixth installment of the Gears of War series, and is the second Gears of War game not to be developed by Epic Games. 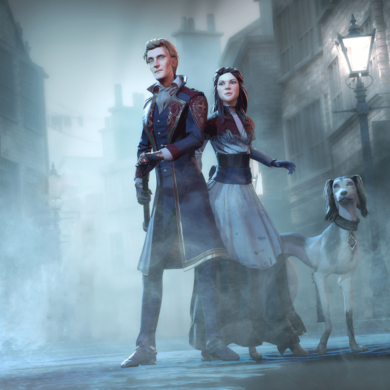