Powers are great. Gunplay is fun. Does not require precision

Way too many enemies to count at times

Is it weird to be excited albeit, apprehensive about playing a game? From the moment I saw the teaser for Control, I was fixated on the fidelity and beauty the game beheld upon it’s initial teaser trailer. The apprehension kicked in when I remembered my mixed feelings towards Remedy‘s previous entry in Quantum Break. The exact same exhilaration and emotion put into their presentation for the reveal of their launch trailer, it delivered with the same fidelity and grace, but after my 20+ hours of experiencing the title which were XBOX One & PC exclusives at the time, I don’t know if it quite “stuck the landing” that it initially intended to. While the reception for Quantum Break was quite mixed from gamers and critics alike, it was still praised as one of the best titles to be released this generation, with it’s innovative style of art-house presentation, and it’s awry path in story and design in gameplay. With Control imminent, I was worried that I was expecting the exact same experience I had with Quantum Break, in terms of it’s strength’s being overshadowing it’s flaws. While I still have somewhat of a positive list of things to say about Quantum Break, the negatives unfortunately outweigh it. However, I can definitely and most confidently say, that is not the case for Control, and I was quite surprised here with how the title delivered.

Jumping into Control, the pacing right away set the tone of how the game was going to be uniquely presented in almost an “art-house” style of story. While I sensed a sort of familiarity from Quantum Break near the beginning, the title breaks off from it’s predecessor and becomes it’s own experience deviating itself into something that I would say is a mix of inFamous: Second Son, Ninja Theory‘s DmC: Devil May Cry, and cinematically speaking, The Matrix. While I say this, the plot itself it’s purposely convoluted to confuse players. The complexity of what the story tries to translate to it’s players, may seem off-putting at first, but will become clear as you make your way through The FBC (The Federal Bureau of Control), the setting through entirety of the game’s story. It’s quite a unique, yet acquired taste to try and throw off the player, and make the story somewhat misunderstood, something I consider a bold risk which I definitely think has payed off for Remedy. While I do praise the title for it’s ambiguity and it’s distinct uniquity, not everything comes off quite as polished as I would have hoped for.

Admittedly, the plot of Control does introduce itself quite vaguely. Jesse Faden finds herself investigating the FBC, in search of her younger brother, Dylan who had been kidnapped by the Bureau as a child after the FBC had insinuated that an astronomical event had taken place due to Dylan’s assumed supernatural powers. Jesse, now an adult, finds herself at the “Oldest House”, Jesse is attacked by FBC agents who have been possessed by a malevolent power known as “The Hiss”, which has overtaken the entire force. After the Director of the Bureau, Zachariah Trench is killed, Jesse assumes the role of Director after the “Service Weapon”, deemed her worthy of such a role, due to Jesse’s own supernatural abilities. From this point, we are greeted by Emily Pope, a researcher working with the FBC, who described as a genius that hungrily drives into paranatural matters. Over time, you will be set tasks by Emily, who will guide you through your mission points in the FBC, to take down “The Hiss”. Over time, Jesse will gradually become closer to Emily, confiding in her about her past, which will open different dialogue and story points through out the game.

It’s from this point, we dive deeper into Control and the almost eerily haunted halls of the FBC. With all the agents being affected by “The Hiss”, it is up to Jesse to try and cleanse the building from this hostile takeover, while trying to find what may have happened to her brother. While gameplay will certainly resonate what was experienced in Quantum Break, the title does it’s best to separate itself from your traditional third-person action-adventure. Jesse solely wields the “Service Weapon”, a described supernatural firearm, that can be utilised in a variety of ways throughout the entirety of the game. However, the vice for the entire game is Jesse’s unique ability to harness different powers which come at her advantage when taking on waves of enemies. While experiencing levitation, telekinesis, ESP, and premonitions are nothing unique in video gaming, being able to wield all these powers to your advantage, even to control your enemies is gaudily. Using your supernatural abilities will have their limits though, as they are all tracked by a percentage bar placed at the top of your screen. Each of Jesse’s powers can be upgraded throughout the game, using the in-game’s skill tree. Collecting different objects and items will improve your skill points, that eventually develop and amplify Jesse’s unique abilities.

Based in New York City, the FBC building provides a unique layout that resonates more of a Metroidvania style kind of experience, rather than the traditional linear style open world story we encounter in a lot of third person adventure titles. Clearing missions tasks will unlock new areas through the Oldest House, that will also feature various side-quests for Jesse to clear. Each new area unlocked will provide several Checkpoints which double for fast travel access throughout the building. While definitely useful at times, this however I did find to interrupt some of the flow in the game where there will be moments that you are attacked by hoards of oncoming enemies after passing through multiple rooms, only to be bounced back to your the last checkpoint cleared, which can vary from only a few steps, to rooms and floors away. While rooms will remain empty after clearing all foes, I found this tactic rather useless where as a respawn point for entering a new room would have been preferred. Speaking of enemies, there are moments in the game where enemies are spread out perfectly through the map, giving a solid action sequence to juggle, experiment, and experience Jesse’s supernatural abilites. However, there are moments of utter turmoil when entering room after room, with continuous waves of enemies, some which are total bullet sponges, and others which are only affected by certain supernatural abilities in Jesse’s arsenal.

This did provide moments of total frustration, where I would supposedly clear the room, only to have another wave of enemies spawn out of nowhere to obliterate me, only to bounce back to a checkpoint that may be a couple of minutes away, have to run all the way back to the room to restart the battle from the very first wave of enemies once again. While the Metroidvania formula could be understood in a smaller setting, in a 2D style environment, broadness of experiencing this kind of gameplay in a large setting was a little off-putting, but I have to respect the developer for trying something completely different here. While we get comfortable in our suspect linear trials through action titles, we’re never challenged with the notion of revisiting or repeating our paths more than once, unless needed. It definitely was different, but while I respect it, I don’t know if I can appreciate it. While understanding the notion of having to visit the same boardroom to be tasked with new missions will infact force this formula into the story, the Metroidvania format can be seen as monotonous and quite tedious if not done right. There were moments that I definitely felt that the game was on a repetitious loop, where I was simply entering a new area, defeating waves of enemies, cleansing the area, then travelling back to the board room to be set a new task, but I did feel a sense of obligation here, once learning more about the title’s plot.

Upgrading your skill tree definitely resonates that of the aforementioned DmC: Devil May Cry, where you will be sent to desolate area, and be given a basic tutorial on how to control and use Jesse’s new powers. Health is not regenerated, but collected in the game once defeating enemies you will pick up blue shards that will add back to Jesse’s health bar located on the screen’s bottom left hand corner. Tapping Up on the D-Pad will access the map of the floor or area you are currently in. While markers do show on the map, they will not specific points, rather area specific of missions you will need to tend to. On the PlayStation 4, pressing down on the Touchpad will access your skill tree and weaponry upgrades. While graphically stunning, there were moments where the game did struggle with lag and framerate drops. These minor issues were experienced, when coming out of the game’s Pause Menu, or if there were too many enemies in the same area at once. It has been stated that this will eventually be patched, so this is only a minor gripe, as I’m quite content with how the game performed none-the-less. Control‘s soundtrack plays in part of the setting’s tone and presentation perfectly. Giving off a very surreptitious vibe that clearly wants to play with your psyche, and the mix of sound and music set the pace perfectly with each performance, and sequence given.

Control definitely tries something unique here. While some might call it bold, others may find it to be risk taking. Whether or not the risk will pay off for Remedy, remains to be seen. While it took some time to accustom myself to title’s unique style, format, and presentation, I did find myself enjoying the game. I will admit, there were moments where I was ready to put down the controller and call it a day on Control, but I’m definitely glad I saw this game through. The pay off was definitely worth it in the end. While I predict some players will come out frustrated due to the game’s unique take on the Metroidvania formula, I think there will be a reveling in the fact that there is quite a obscure style presented here, that will have a fan base asking for more developers to follow suite. While I do believe developers have mastered the third person action-adventure formula, Remedy thought outside the box here, and is something I can considerably respect. Control is a great experience for gamer’s who are looking for something new, exciting, fresh, unique, bold and risk taking. It will put everyone to the test, not only skillfully, but psychologically. 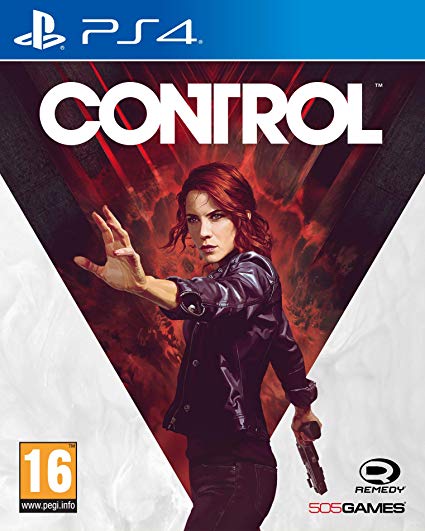 Control is an upcoming action-adventure video game developed by Remedy Entertainment and published by 505 Games. The game revolves around the Federal Bureau of Control, a secret U.S. government agency tasked with containing and studying phenomena which violate the laws of reality.

Bitesize for Buffs - Once Upon A Time in Hollywood, 2001: A Space Odyssey, The Birds