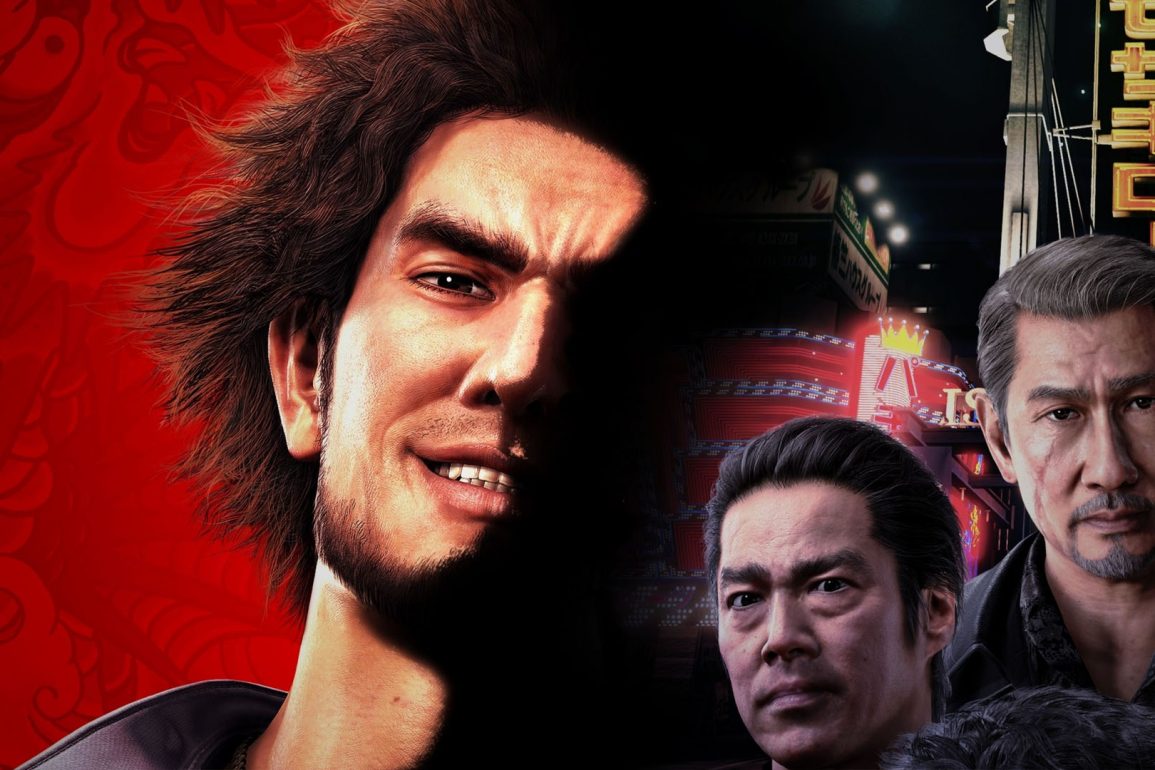 ✔️An ambitious take on the Yakuza franchise that deviates from its beat ’em up standards, to the JRPG market.
✔️Absolutely hilarious in some areas, while doing its best to keep the faith of its integral aesthetic alive.
✔️No doubt, its most memorable tale told.

❌One or two bugs, but nothing a patch can’t fix.
❌The Mario Kart style mini-game is fun, but forgettable.

Touched for the very first time...

Well, we’ve finally arrived. Next Generation gaming… or current generation as it would be known now. So let me begin this by saying, Yakuza continues its trend of being pure, unadulterated fun. The novelty behind playing these Jackie Chan action-comedy inspired Japanese dramas, is to evoke as many emotions out of the player, but mainly display nuances of traditional Japanese mafia lore. Like a Dragon continues this trend by elevating the action, lead by an protagonist that finds himself in an what would be considered, an unusual yet familiar situation, but coats all concerns with a smile, and a jocular perspective. Yakuza leads us into a new phase of action sandbox style gaming, with its trademark quirks and designs with a little added spice letting players know that you’re in for something spectacular.

While there have been entries within the franchise that noted a sensible tone and displayed a serious side to the Japanese crime syndicate, Yakuza omits this in favour for the hooligan mafioso. The side of the mobster that runs the streets with his crew and causes immature chaos, that leads to lively scenarios that will have players either roaring in laughter, or intrigued by its plot twists. While highlighting the title for its magnificent, over-the-top encounters, its mixture of free roam objective based missions and JRPG elements that are lifted from series such as Final Fantasy and Persona. Key facets of the aforementioned franchises are lightly scattered across this title, from simple encounters exploding into engaging anomalies that deviate from the the expected.

Escaping the monotony of placing our cast of zany characters within the commonplace of Tokyo, Like a Dragon recreates the popular downtown arcade of Shinjuku, a lively shopping strip populated by teens and college students who tend to congregate after school into the late hours of the evening. Further transposing its setting, renaming the historic district to Kamurocho, gave developer and writers some flexibility and leeway in modifying some aspects that are usually considered respected foundations of the outdoor hub. While most of its design is apparent, there are some particular assets that completely separate the title, given that we had just witnessed a recreation of the town, from the exact same publisher this year. It’s hard to deviate from Tokyo’s traditional equities, however Like a Dragon has crafted an exceptional recreation.

While there are some fabricated and fictionalised concepts, Sotenbori, a mainstay within the Yakuza franchise and notorious crime area within Osaka remains. The small section within the bustling city is geographically renowned for the dominion of Yakuza clans that preside within Tokyo. The title hits the rewind button, beginning back in the year 2001. Our protagonist Ichiban Kasuga, a fresh faced hopeful looking to make his mark as a junior within the Arakawa Family, is manipulated into standing in for a murder the teen did not commit. Agreeing to the terms laid out by crime boss Masumi Arakawa, Ichi takes the place of a senior member and serves an eighteen year prison sentence with the clan promising him a place amongst the high ranks of the Yakuza.

After the gullible Ichi serves the family’s imposed jail sentenced, he reunites with his family only to realise that they had completely forgotten about him and their terms of his serving. Frustrated, he hunts down the Arakawa patriarch to confront him. After a tense encounter, the mafia boss attempts to kill Ichi, and dump his body in an alleyway. Kasuga is awoken in Yokohama, surviving his former leaders attempt in killing the young hopeful. Now vengeful, Ichi tries to uncover the secrets of the Arakawa family syndicate, in hopes of exposing the truth and seeking justice towards his false sentence. Along the way, you encounter multiple members of rival gangs including the Korean Yakuza, the Triad and facing former cohorts within the Arakawa clan.

Yakuza: Like a Dragon is an incredibly ambitious approach to an already established series. Deviating from the beat ’em up genre was a bold risk SEGA were willing to take, especially heading into the next generation.

Each scenario is engulfed with such incredible cinematography, that elevates the emotion that developers were striving to deliver. Much of the title’s bearings are pointed towards comical relief, with subtle nuances that contrast a serious demeanour. There are light hearted moments that look to bait its audience, and potentially make you feel for Ichi and his idiocy. He may be dumb, but he has heart. It’s almost an opposite perspective to the franchise, while there are heavy notions of sensible progression within Yakuza’s mainline narrative, Like a Dragon seeks to make those familiar, just have a good time. Yes, there will be moments where you are gobsmacked by adoration, and completely mesmerised by intrinsic character development, but for what its worth, Like a Dragon seeks to embellish itself from its predecessor’s gruff exterior, to simply entertain you.

As mentioned, Yakuza: Like a Dragon adapts the best of both Final Fantasy and Persona, but it tends to borrow facets of another title within the franchise that had caught many by surprise; Fist of the North Star: Lost Paradise. The quirks of a the modern turn-based combat system are encroached with rich style and flamboyance, completely moulding the title’s own foundations. Deviating from Yakuza’s notorious beat ’em up display, the real time strategy system allows you to group four party members together in each encounter. The flexibility of dynamic weaponry within each battle is also placed to favour or challenge you. Simply interacting with a bat, a ball, a bicycle or any interactable at your disposal will give your party the advantage.

The assist option also beckons other party members that are left absent to help within encounters, much like the traditional fighter, the member will partner with the active team member for a finishing blow. Much like Yakuza’s prior entries, the city is littered with side-quests to complete at your leisure. Completing each quest will help strengthen your party, however you may completely dismiss these objectives and return to them after the campaign is complete. Karaoke, a notable series mainstay returns here, while introducing a brand new arcade kart racer called Dragon Kart. You can imagine what it is, pretty much a Mario Kart inspired racing event; it’s fun, but forgettable. If you find that your active party members aren’t the perfect fit, you may freely rotate them out to better suit your approach in combat.

Yakuza: Like a Dragon is an incredibly ambitious approach to an already established series. Deviating from the beat ’em up genre was a bold risk SEGA were willing to take, especially heading into the next generation. However, I can say proudly that Like a Dragon has proven itself within a category that no-one ever thought the franchise could simply adapt to. The mixture of freely adventuring and engaging within turn-based combat, the flexibility to attack opponents with a flurry of findings across the bustling city, and of course… karaoke. Lots and lots of Karaoke. The comedic timing of each setpiece is ingenious. Moments had me bawling in tears from sheer laughter, yet moments of utter turmoil had me at the edge of my seat. After many years of experiencing this wild series, I’d be incredibly bold in stating that Yakuza: Like a Dragon, is easily my favourite story told within the illustrious history of the franchise.

Yakuza: Like a Dragon is a role-playing video game developed and published by Sega. It is the eighth main release in the Yakuza series, and was released in Japan for PlayStation 4 on January 16, 2020.

Story
10
Gameplay
9
Presentation
9
Sound
9
9.5
Supplied by the publisher, for our review. 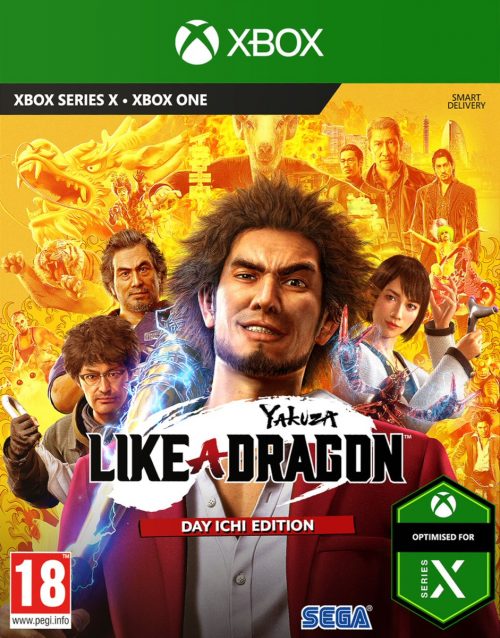 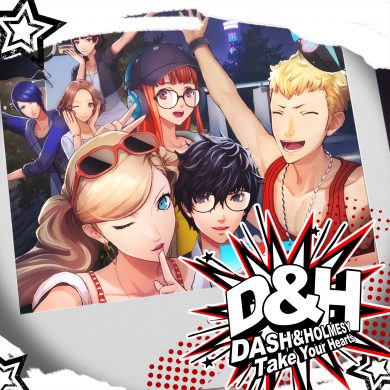