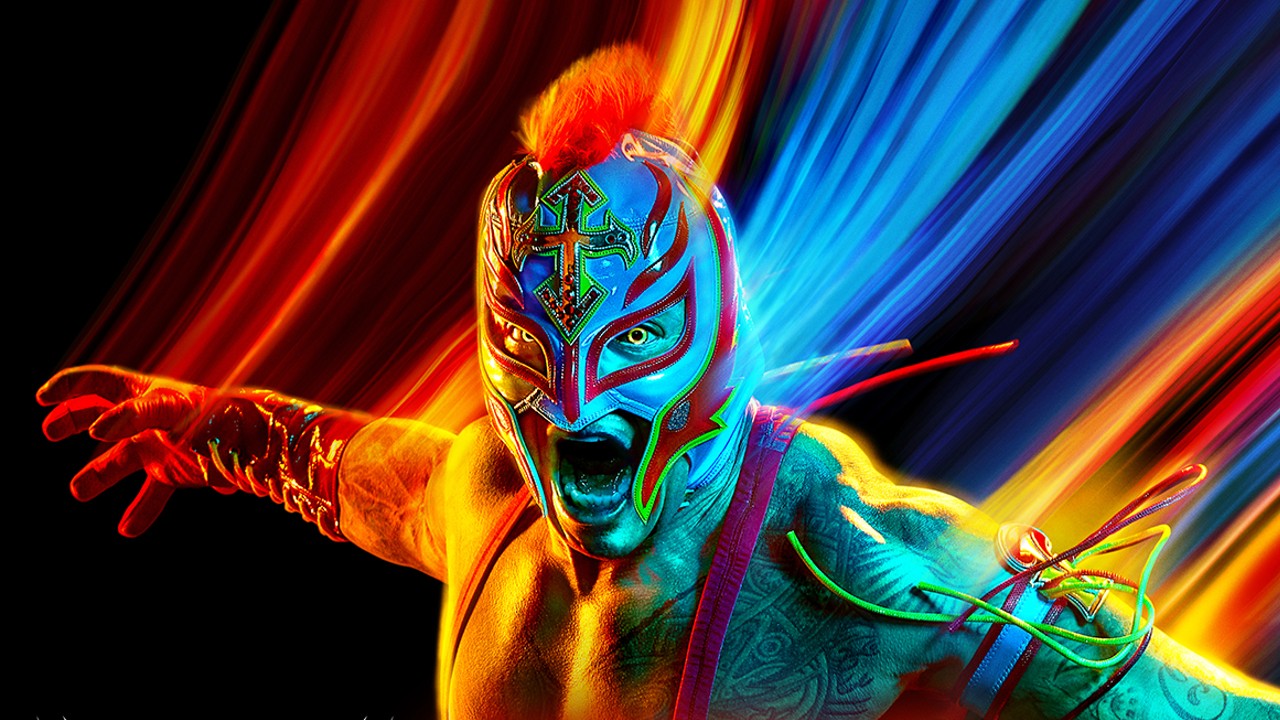 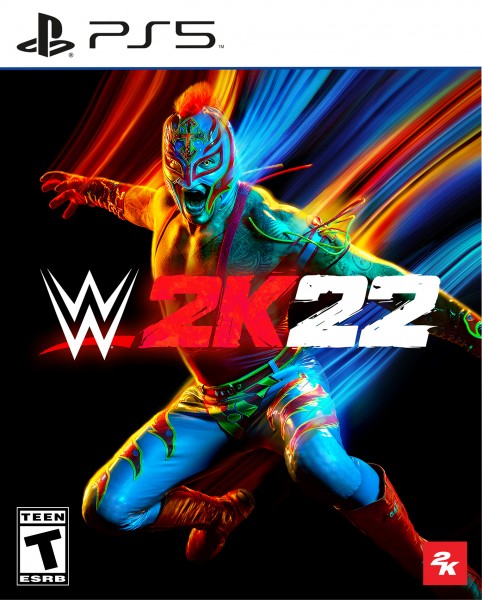 It’s WrestleMania season, and there’s no better time to delve deep into one of gaming’s greatest action-arcade series. The WWF/E SmackDown! video game franchise has spanned over three decades, marking it as the longest running Pro-Wrestling series, ever. Through publishers and development teams, triumph and tribulation, WWE2K’s tumultuous history has been an erratic relationship with gamers and marks alike. Its grand lineage and evolvement through multiple generations is incredible to look at, especally when thinking technical aspects, and how larger than life the entire catalogue truly is. From Smackdown! to Smackdown Vs. Raw, then to THQ publishing their own annualised competitor – albeit for a cup of coffee – then with the Californian studio filing for Chapter 11 bankruptcy, 2K Games were there to pick up where developer Yukes left off. Synergising its equity with other 2K entries, WWE 2K was a welcome addition to Take-Two’s subsidiary sports hub.

Of course, since its transition over, it hasn’t all been sunshines and roses, with Yukes relationship with 2K existentially coming to an abrupt end during development of WWE 2K20. Yukes’ had their toes dipped in almost every Wrestling promotion universally, so this was a major shock to see the studio call it quits on the WWE brand, moving directly over to competitor’s, All Elite Wrestling (AEW). Personally, I think it’s a blessing in disguise, while 2K20 was a commercial nightmare for Take-Two, it allowed them to pull the curtain back and tell fans that there were consultations between the developer and publisher that ultimately broke down for Yukes’ yearning to create something new – all power to them. As a longstanding fan, I was honestly bored of the tired formula that began to recycle itself year-after-year, and it showed. The WWE Games were becoming a parody of themselves with each release, with a definite decline in quality, and questionable QA decisions.

While it had been left to in-house studio Visual Concepts, to pick-up the pieces left by the departing Yukes, much of WWE2K20’s integral structure was in shambles, and anything that had already been developed was essentially  scraps left on the cutting room floor. It hurt the WWE Games brand in face value, however it was a definitive turning point for both 2K and the series for a fresh, new look that WWE2K was in desperate need of. While the series’ latest incarnation makes an effort to retain some conformity to its predecessors, WWE2K22 is a breath of fresh air, and one that makes monumental changes going forward, for the better. The photorealism and effort put into each identifiable WWE Superstar is incredible, from the sweat extruding from their pores. The game itself offers more customisable options to manifest the greatest version of your created wrestler, from music, pyro, camera work and titantron.

The ring itself has been restructured and scaled to look properly proportionate to the physical size of a real WWE ring to Superstar ratio – no more running across a football field sized mat. A litany of match types make their return here including the infamous Royal Rumble, and a newly reconstructed Hell in a Cell. The weapon wheel is no longer exclusive to Street Fights or NoDQ matches, and can be customised from the match-making menu. While I was somewhat saddened to see weapon degradation still evident, the new physics and animations make chair shots look as gnarly as they’ve ever been. Keeping things uniform is essential in the WWE games, as its fanbase tends to get younger by release. The big changes tend to be solely in-game while most of the main menu sorts itself out with clear direction, keeping categories and sub-categories simple.

The highly anticipated return of GM Mode brings forth a brand new experienced, streamlining a WWE Program that players become the booker, following rules laid out by Chief Operating Officer, Triple H. While Hunter keeps things business, he demands perfection and a steady flow from his GM’s, explaining tactics that will help you grow the performance and rating of each show. You can choose to book with a friend or the CPU, for up to 18 weeks as you pave the road to WrestleMania. Each show has a slot for three matches and two promos, with the potential to book your stars into feuds with each other. Unlike the alternative booking sims that are available online, WWE 2K’s GM Mode maintains Kayfabe (scripted story), and has its stars contact the GM through text messages, demanding matches against their opponents, sometimes in specific spots on the card or for a title match.

The notorious wrestling franchise that has needed a soft reboot for a near decade has now arrived, undoubtedly welcomed by fans. A familiar formula that doesn't fracture the flow intended for its initial fanbase, yet promulgates all pre-existing and polished mechanics, with Visual Concepts own added twist.

You may veto certain stars from the opposing brand from appearing a specific week, hindering their chances of having a better show than yours. Both brands will have a chance to book their respective cards at the PPV, with each granted an extra mid-card match and promo. Personally, I would have preferred the option to have each slot be what ever you like, with more than five segments to go by. I know booking a drawn out show can be boring, but to some it’s the fun side of show. My Universe is still an alternative that allows players to book their show and simulate it week-by-week, with more freedom and structure – including scripted promos that are written word-for-word. Yet, there’s no grading system implemented and no competitive drive against an opposing brand. The objectives in MyGM actually encourage players to make concise and educated decisions based on a wrestler’s popularity and how much of a connection they’re making with the crowd.

Showcase this year highlights the esteemed, Hall of Fame career of Rey Mysterio, from his early days in North America to later in his career with the WWE. Experiencing a nostalgia hit with an opening bout based on the all-time instant classic with Eddy Guerrero at WCW’s Halloween Havoc 1997, where Guerrero tried his best to tear Mysterio’s mask off. I was reliving my childhood playing this match, and completing each objective thrown at me, it was an excellent throwback. Eddie’s impact on Rey’s career is well documented, and was highlighted with great respect here, but we’re also treated to other matches in Mysterio’s timeline including their rematch at WrestleMania 21, vs. Shawn Michaels at Eddie Guerrero’s Memorial show in 2005, his one and only WWE Championship reign that lasted less than an hour, and later joined by his son, Dominik, against Seth “Freakin'” Rollins and Buddy Murphy. An astounding recount on Rey’s stellar career path.

One more, for the Good Guys...

❌Outdated Roster with many released or have had a character/name change.

So I’m not going to say that all’s perfect here, as there a few minor gripes still to be had. Don’t get me wrong, WWE 2K22 is a monumental improvement from its staggeringly atrocious prequel, but there’s a constant that takes place in its annualised release that seems to happen around this time of the year; that being WWE’s “budget cuts” that see’s half its roster released. Now with AEW on the block, it will be further difficult to keep WWE2K’s roster up-to-date without seasonal DLC, or packs with many wrestlers dipping and ducking between both companies – but hey, that’s the excitement of wrestling in 2022, and I love it. While it does reflect an outgoing roster of talent, it’s a great hallmark achievement on those that have made an impact during their tenure on the WWE roster.

Bugs? Sure. But nothing game breaking, or to the point of having wrestlers clip through the bottom of the ring, or having their tendons stretch out like Elastigirl from The Incredibles. Simple patches can fix the very few I encountered, such as a tag partner clipping through the ropes at the beginning fanfare before the bell. I’m impressed in how polished the game truly is, with expectations set at an all-time low heading into WWE2K this year, yet they’ve raised the bar to a whole new level, giving players and the WWE Universe a close-to authentic experience, simulated to that of an actual WWE Premium Live Event.

When 2K made the promise that WWE 2K22 would hit different, they weren’t kidding. Adding layers of technical signatures that would have only been imaginable previously, but have somehow managed to bring a distinguished, and imperative flair to some detail seen on Live TV. Adding Paul Heyman as a manager to either Roman Reigns or Brock Lesnar, will have the esteemed advocate or counsel to the Tribal Chief walk out with his identifiable swagger while displaying their respective titles with the utmost respect in only Heyman knows how. For those who have the nWo available, can witness the “poison” walk out to their Rockhouse theme with all four members rallying, but an included Eric Bischoff, wearing his renowned leather jacket over an nWo t-shirt while managing Hollywood Hogan is the cherry on-top. Creating factions, or reforming groups to experiment with entrances and themes is just half the fun in 2K22, there’s so much more to this years customisation, that I would be writing another ten paragraphs.

With that said, WWE 2K22 is a welcome return to form for the WWE Gaming series. The notorious wrestling franchise that has needed a soft reboot for a near decade has now arrived, undoubtedly welcomed by fans. A familiar formula that doesn’t fracture the flow intended for its initial fanbase, yet promulgates all pre-existing and polished mechanics, with Visual Concepts own added twist. It’s lead in the right direction, and I’m excited for its future now that the franchise is solely in 2K’s hands. Whilst Yukes’ had an incredible run with the series, they knew their ideas were limited and that it was time for the Japanese development team to move on. The good news is if 2K keep up an annualised cycle, all development will remain in North America, without the team having to transfer Terrabytes to Petabytes of data over to Japan, for it to only be delivered back months later with most of the roster being exceedingly outdated. It’s great news for gamers that adore this acclaimed series, and now that it’s taken a swift 619, and spun right-round into deserved quality, WWE 2K22 sits firmly at the head of table.

WWE 2K22 is a professional wrestling video game developed by Visual Concepts and published by 2K Sports. It is the twenty-second overall installment of the video game series based on WWE, the ninth game under the WWE 2K banner.

Campaign
8
Gameplay
8
Presentation
8
Sound
8
8
Supplied by the publisher, for our review. 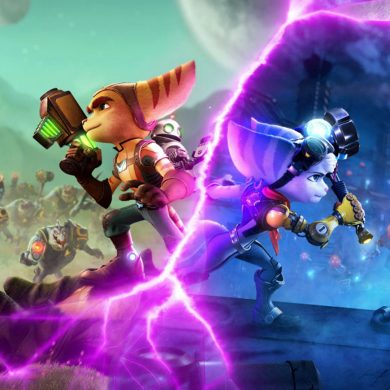