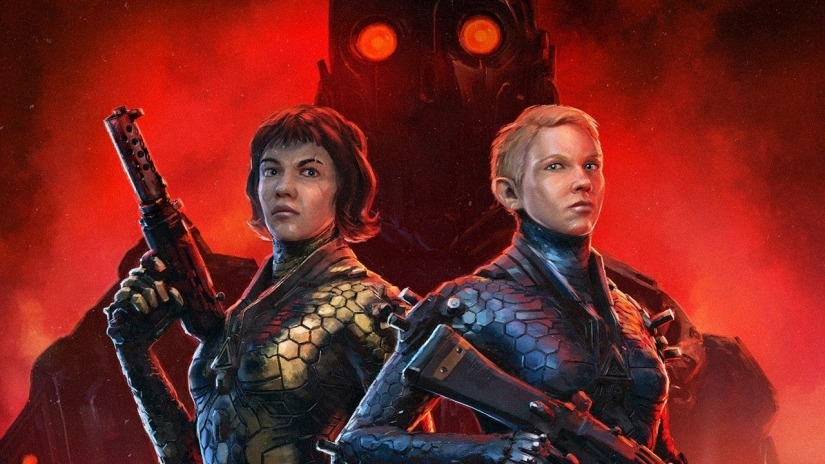 I hate this. Not the game, no… that would be an absurd way to start this review. It’s where I’m at mentally coming into this review. I’m at a crossroads. I really wanted to sit here, and tell you that I absolutely loved this entry into the Wolfenstein franchise, but the fact is, I don’t know if I liked it. I don’t even know if I disliked it. All I know, is that when I wrapped up my time with the title, I came out of it empty handed. Almost like a delivery of false hope. Something that was promised, but was ultimately undelivered. Did I hate the game? Hell no. I had fun. I definitely liked some of my time with it, especially the mechanics that resonates with the initial part of the franchise, however the old saying “If ain’t broke, don’t fix it” plays a major part of this title, and that’s the part that let me down here with Wolfenstein Youngblood. So, as I write this review, I think my feelings towards the title will become clearer, not only to you, but to myself. Let me say though, while I do enjoy a good first person shooter from time to time, they aren’t always my cup-of-tea. First person shooters have to be great… like fantastic, to sink it’s teeth into my time. I’ve had plenty of experience in the last year getting my hands on multiple shooters, that have been… okay, I guess. But if I had to rate Wolfenstein Youngblood amongst some of the best shooters out right now, i’d say it’s not the worst, nor is it anywhere near great.

Youngblood kicks off, 19 years after the events of The New Colossus, where the world has now been liberated from the Nazi regime. B.J. Blazkowicz and his wife Anya have raised their twin daughters Jess and Soph, who now go by the moniker “The Terror Twins”, to defend and protect themselves from any oncoming evils they may encounter in life. This leads to the main plot of the story, where B.J., suddenly disappears without a trace, without his family’s knowledge. While scouring the family house, Jess, Soph, and their friend, and daughter of Grace Walker, Abby, discover a secret map that has Blazkowicz’s plan to Neu-Paris, to decimate the Nazi camp that currently occupies it. This then leads the girls to steal a helicopter, armor, ammo, and anything military they can get their hands on, and head to France. Now, bottle-necking and forced plot come to mind when simply reading this. I can understand Blazkowicz wanting to make sure to wipe out any and all traces of Nazi’s out, however, it’s simply seems completely out-of-the-blue for B.J. to suddenly disappear without telling anyone. Wanting to protect your loved ones is completely understandable, but also leaving without a trace is utterly wreckless for a father, and now portrayed family man.

Maybe I’m getting my own feelings wrapped up into this plot-hole, however it felt way too forced to even be something thought of here. Another piece of creative writing here that I thought was a little lazy was the name of the Nazi base camp, Lab X. To me, it sounded like it was something written on a white board during a creative meeting, then was never thought of to rename in the development process. Almost a draft name, or a blueprint to what the final version of the base camp name would be. Be that as it may, the story felt a little lackluster at moments, with the twin’s own story seeming a little convoluted, and forced at times. Their relationship felt unbalanced, with the two coming off on-screen as fraternity boys, rather than two kick-ass female protagonists. I felt like the relationship with each other was almost a pact to pick on one another, and one-up each other at every move. Understandably so, with a dad like B.J., being ex-military, I could understand some of the diatribe and story tropes they would want to inject with ex-military raising two girls to become soldiers at heart, with rough-as-guts spirits, and a tough exterior. This makes me sit back though, and want to compare them to other kick-ass female protagonists we’ve have in gaming, such as Faith from Mirror’s Edge, or Cassandra Cage from Mortal Kombat X.

Two fantastic female protagonists, with a tough shell, but show their feminine side when needed. With Youngblood, I honestly felt that they completely avoided this at times, with such noted scenes as the “vomit” scene, or even the loading screens where the two girls would pick on each other in the elevator. There’s so much of a disposition with the carefree attitude the teens have with the ongoing violence around them. I understand living in a war torn world where normalising such violence would exist, but I don’t think blowing someone’s head off would be a cause of celebration for anyone. Now, some of the positive notes that shine in this game are it’s gunplay. When playing simply to pick up and shoot, it’s old-school mechanics from the original entries into the rebooted franchise really elevate the game’s potential, however was a little let-down by it’s cathartic and bland upgrade system. Something I believe was totally unnecessary for any entry into the Wolfenstein franchise. Wolfenstein has always been a boisterous type of series, carefree of any weaponry or armour upgrades. It felt like a forced injection here, with unwanted attention. But once you get through it, and move onto the next point of your mission, then it was non-stop action.

The onscreen UI was a little poor, with markers on-map showing you where you needed to go, but there were untimely disappearances of said marker at points where you needed it the most. World and map design here are definitely night and day from the series predecessors, with a little more of a compact feel. It definitely gives off a vibe that the game was totally designed to have you play co-op, rather than that old school hallway shoot-em-up, that older entries gave you. This felt okay while playing online with friends, but was poorly executed at moments with the CPU AI buddy system, completely trying it’s hardest to follow your path, and set itself to auto-pilot in times of utter crisis. I experienced some unfortunate lag, in terms of shooting enemies with slow reaction time, something that could surely be fixed with a patch, but nothing that took me completely out of the game. The enemy levels seem way too unbalanced, with some being complete bullet sponges, taking way too long to defeat on the easiest difficulty. Enemy’s who are slightly a level above you will be taking a hailstorm of bullets, before you can progress to the next part of the game. I could understand wanting to prolong or force players to defeat enemy’s together, moments like this become comedic.

Now presentation wise, the game’s design is good. It’s not perfect, but it’s good. While I enjoyed roaming around to loot, I found that there were moments of clutter around maps. This did at times make for good shelter, but also made for poor obstruction. There were moments of trying to avoid enemy’s that were seamless, yet some maps made it utterly impossible. The game’s double jump feature came in handy at some points like this to hurdle objects, but still found the difficulty spike with enemy’s completely annoying, while jumping and shooting. The terrain design is stunning however. There was great attention to detail put into the surroundings of the game, making for some great scenery. However, character models at points of the game looked a little dated and bland. I almost compare this to earlier games of this current generation, such as inFamous: Second Son. While Second Son was a stunning game for PlayStation 4 in it’s launch phase, it’s exactly what it’s described as. A launch phase title, for a now 5 year old system, with games that look twice as good now. Not to take anything away from how the characters look here, but there are moments where the character models looked a little “clay-like”.’

Something I dearly appreciate from this game though, is it’s awesome soundtrack. 80’s synth, and electronica slaps hard here. It totally rocks hearing this in the game, and made my experience a little more enjoyable. While there were night and day moments for this title, the music that came from the game, I will cherish. Sometimes it’s the subtle things in games like it’s soundtrack that will make you forget some of it’s faults, and Wolfenstein Youngblood’s soundtrack, is up there with some of the best music in video gaming this year. While lacking in the story department, the music helps the blood pumping vibe you get while playing an FPS, like this game. It’s all mood music that fits the setting well, and something I will appreciate about the game, and will go back just to listen to.

Wolfenstein Youngblood is far from perfect. It’s probably the poorest entry into the current franchise. However, if you are stepping into the series without playing any of the other entries, I still do think you will get a good experience here. Taking away it’s faults, I would label Youngblood as solid, however there are just too many faults to mention here. So while I do think that Youngblood does deserve your time, even as a quick Shoot-em-up experience with a friend, I do believe your time could be well spent playing the previous entries, and enjoying the Wolfenstein franchise for what it was, and should be to this day. A violent, arcade shooter, that doesn’t give a stuff about your fancy upgrades, your new gun mechanics, your brand spanking new mech-armour, or your feelings. Wolfenstein should always be known for kicking ass, and taking names, and while I do believe Youngblood does try to take that notion, and turn it into a party, the party stopped the moment it wanted to be modernised. It’s the old saying, “if it ain’t broke, don’t fix it”. 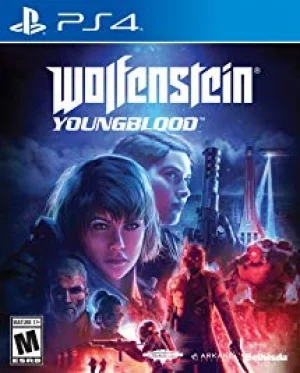 Wolfenstein: Youngblood is a first-person shooter developed by MachineGames and Arkane Studios and published by Bethesda Softworks. A spin-off of the Wolfenstein series, the game was released for Microsoft Windows, Nintendo Switch, PlayStation 4 and Xbox One in July 2019 and Stadia at a later date. 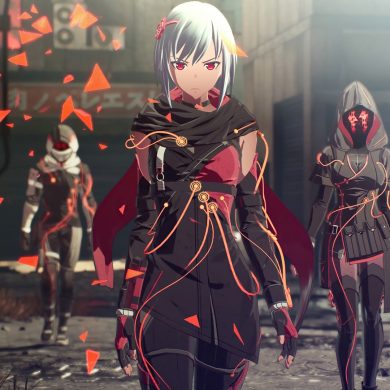