What did we learn from this year’s not-E3?

As the dust settles...

Another year, another non-E3 that has subtly let us down. Don’t get me wrong, there were title’s worth its weight from being present at the big show that didn’t even exist. Geoff ‘The Dorito Lord’ Keighley saves the day once again, or least had a hand in providing gamers a reprieve from the lack thereof presentation, with Summer Games Fest, Part Tres. It really has been somewhat of an extension that has taken a life of its own. So as it were, we covered the entire “convention”, took our annual week off – with a little more on the back end for some R&R – and have returned with our final thoughts on what was “Not-E3” 2022. So let’s get the obvious out of the way; did it suck? Eh, depends. I feel this year’s coverage overall had a niche tag attached to each showcase, giving an assortment of titles to fans of specific categories and genres.

It wasn’t the most diverse gaming event in history, with many titles already been expected, announced or leaked *scoff TheLastofUsPartI*, but regardless of how we came out the other end, there were games that had people talking. Some already available – one we’re reviewing this week – and some we’ll be waiting just a little longer for. However, long term storytelling was not evident, as COVID-19 strangles the industry with aftereffects now in full force. The great gaming drought of 2022 is effectively laying waste to every platform right now, with gamers squeezing every last drop they can from their brand new, shiny consoles only to lay them to dust for the remainder of the year. I do feel as PlayStation unequivocally have the upper hand heading into the final quarters of the year, with God of War: Ragnarok dropping in November, and The Last of Us Part I remake landing in only 6 weeks from now.

Nintendo came to the party with the aid of outside development, with their ‘Partner showcase’ that highlighted ports coming over to the hybrid home/handheld, including Persona 5 Royal. Talk about stealing XBOX’s thunder, as the Persona Package was announced for Game Pass and PC. Rumours swirled right before the Nintendo Direct that Persona was to land on the Nintendo Switch, but hope had fizzled after many false flags were raised too many times. Now that ATLUS have broken their exclusivity to PlayStation, it looks more and more like we’ll see their titles reach all platforms simultaneously which is awesome. This PlayStation fanboy is so happy to see XBOX, PC and Nintendo players finally get their hands on one of the greatest JRPG’s ever. But when thinking of Nintendo and the big show this year, one would think we would get a taste of Zelda. Guess what? No Zelda. Nothing, nada, zip – not even a humble mention. What is happening with this game?

Going back to Geoff’s three hour showcase and thinking on the entire presentation, there were too many fillers without dates attached, and while I’m glad some indie titles got the spotlight, there wasn’t enough AAA titles attached to either side to really elevate and aid their reputation for being included here. This year seemed like a cry for help more than a display of grandeur that’s usually defined as spectacular. If The Last of Us hadn’t leaked, then sure it may have brought some substance to the show, but it’s not we weren’t expecting it here. There were obvious signs that the title were to be included with the HBO Live Action series around the corner. XBOX Tried their hand at delivering new Starfield details to a more-so awkward reception from fans that were left unimpressed by what was compared to No Man’s Sky, in its initial iteration.

A better part of XBOX’s presentation was spent detailing how a vehicle’s paint will scratch layer by layer, with intricacies ‘never seen before’. This was some of the most annoying in the entire showcase, while waiting for something like Hellblade 2, but again no updates on Team Ninja’s cinematic title. At this point I had actually given up on XBOX’s showcase before Persona 5 Royal announced. It was cold, it was 5AM and it way past bed time at that point. So what have we actually learned from this year’s festivities? It’s simple really – and no, it’s not E3 will be saved by it’s new showrunners, I’ll definitely have words on that front very soon, I assure you it’s not as great as people are making it out to be. The lesson here is once again, presenters being overzealous and doing their best to sell the consumer on tidbits.

It’s an enclave of swirling issues that continue to bubble over the surface for gaming right now, where things are half-promises or are kept behind the curtain. If you have something to show, great. But if it’s not going to blow anyone’s mind, then don’t try to oversell us. It’s makes us frustrated as consumers of the product. You’re not going to drive anyone away, and knowing this is most certainly going to encourage promoters to outright pimp their ad-blasted presentations that are all style-zero substance. So here we sit, another “Not-E3” in the bag, and did it truly deliver the spectacle gamers needed? Bluntly, No. This year’s overall cavalcade of coerced development deep dives did not go out with any celebrations, champagne corks coming undone or explosive exhibitions, only proving the show to be a shell of its former self. A whimper. 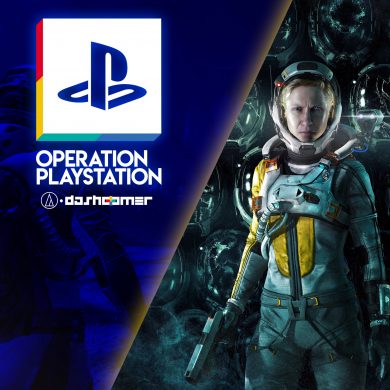