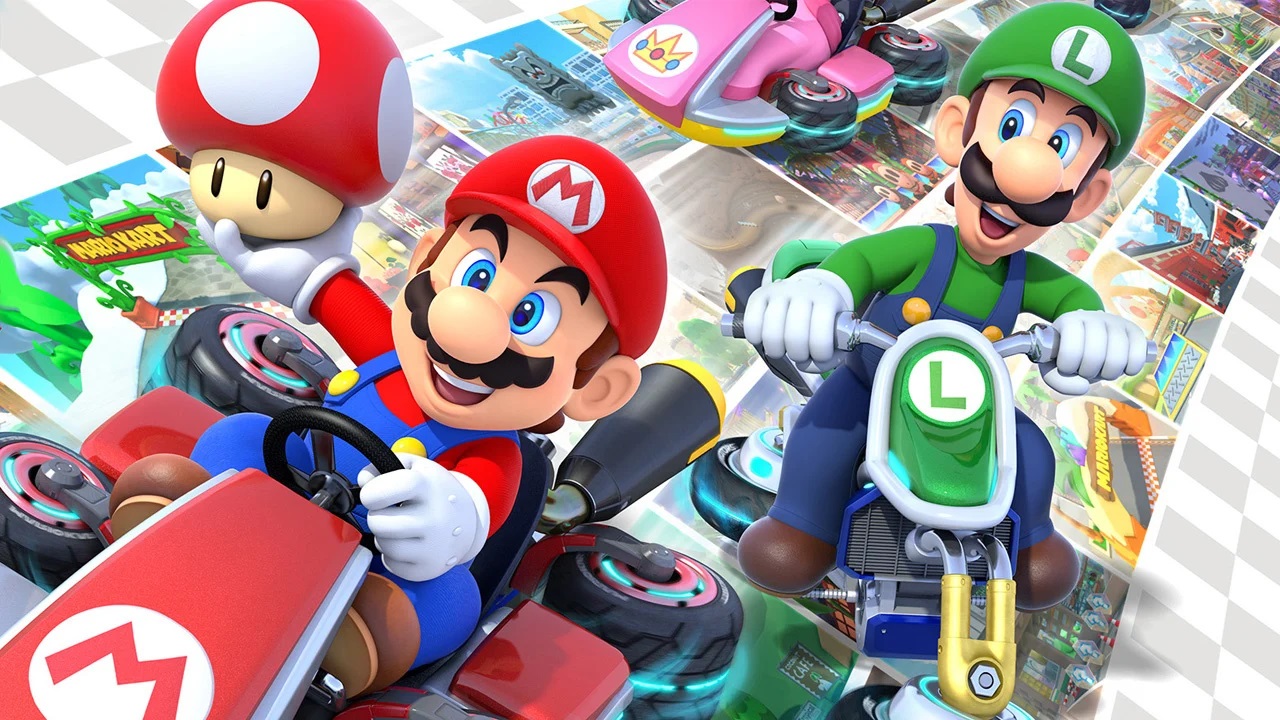 I don’t know? I’m possibly within the minority that believe Mario Kart 9 is farfetched for fans right now, and that Mario Kart 8 Deluxe is still doing gangbuster numbers for Nintendo to even consider dumping it for a fresh take on one of their cornerstone franchises. If there’s a story to be told right now with the Nintendo Switch, is its ability to take what’s old and make it new – at least for a lacklustre generation which the Wii U suffered. Mario Kart 8 was a shining example of greatness that fell before a tainted hardware lapse which ultimately costed Nintendo an entire decade’s worth of material, yet the Nintendo Switch has had the responsibility in reinstituting much of its greatest hits. Yes, I hear fans out there clamouring for an entirely new Mario Kart experience, one with a set fresh tracks and additional characters to the cavalcade, but Mario Kart 8’s last inning has some footing left in it.

With it being Nintendo’s biggest community title aside from Super Smash Bros. Ultimate, Mario Kart 8 Deluxe still retains a massive appeal not only in its die hard devotee’s but a casual audience that knows the franchise by namesake. While we have incredibly delectable, and visually stunning Driving Simulators on the Market – the most noteworthy being the Forza series on XBOX – Mario Kart remains the most popular racing video game across any platform, due in part of its longevity, creativity, zaniness and entertainment. Of course its akin to Hanna-Barbera’s Wacky Races that drove Nintendo to develop their own in-house version that ultimately took a life on its own, but Mario Kart has never had a dependency on sequels, that is until now. Yes, we’ve reached a near decade with the same title, but we’re not that desperate for a follow-up, are we?

Mario Kart 8 Deluxe amalgamates the entire franchise from style, to gimmicks and every unique memorable facet and feature that made the series a household name. From the blue shell’s first appearance in Mario Kart 64, the re-introduction of item holding seen in Double-Dash, the polarising tilt handling in Mario Kart Wii, to paragliding in Mario Kart 7, it’s all here. So yes, it does beckon the question of what else could the Big N introduce to make their renowned racing series just that much better? Aside from bringing back the classics with an all new look added, which surely will adapt Mario Kart 8’s unique anti-gravity physics – much like the pre-existing throwback tracks that have included their own respective spin on the gimmick – the reconstructed tracks themselves will feel familiar sure, but will present an all new experience given Mario Kart 8’s sensational in-game engine that had been crafted with love all those years ago. 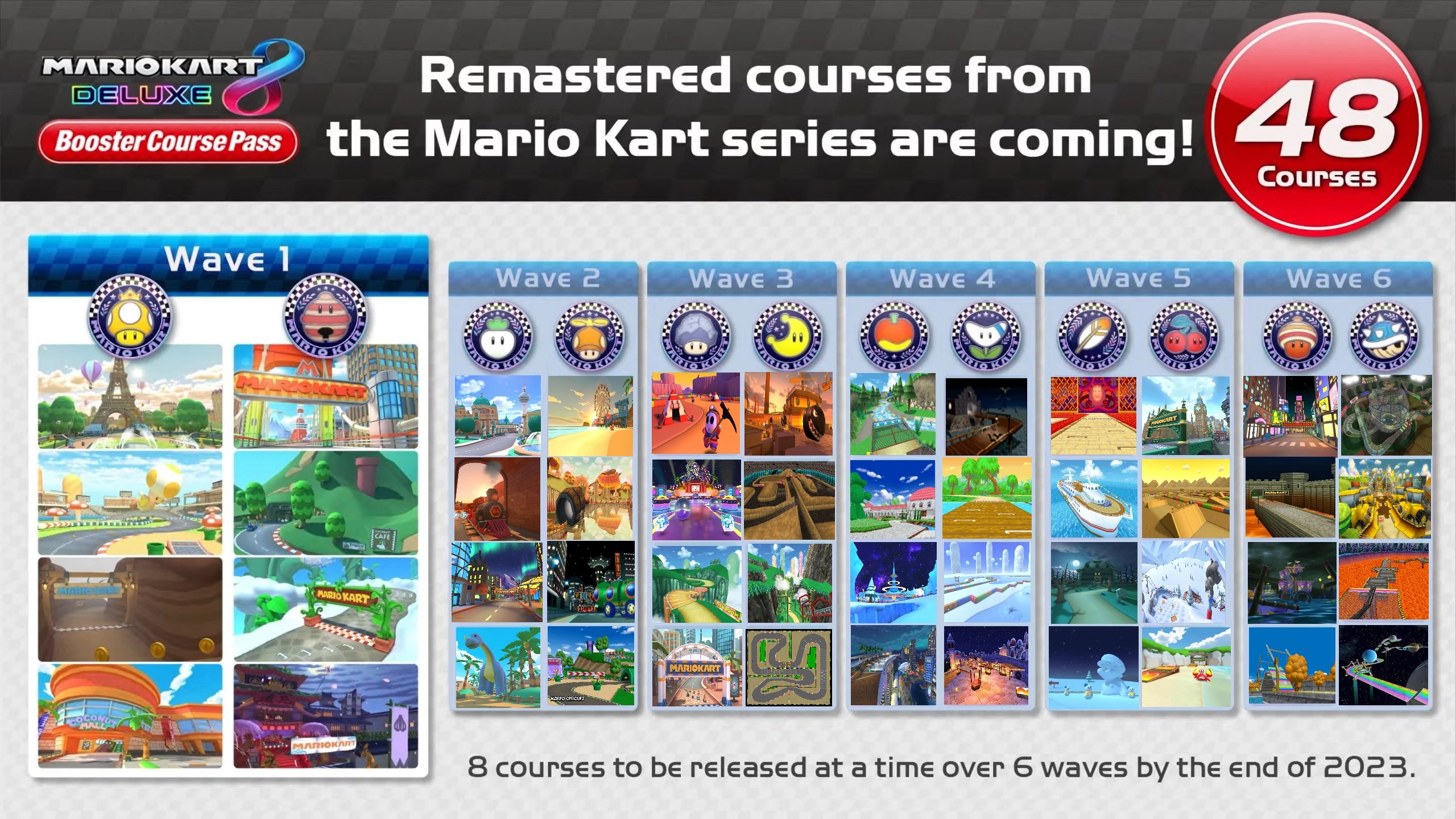 If you’re not happy with 48 New Courses – albeit remakes – then you’re going to have to wait. (Credit: Nintendo)

There’s a reason why Mario Kart 8 Deluxe holds up on the Nintendo Switch, and why the Japanese gaming studio aren’t scrambling to further its series, rather cementing its eighth chapter’s legacy before retiring the title in the fall of 2023. While Nintendo would rather leave the memory of the Wii U as a footnote on the company’s storied history, Mario Kart 8 Deluxe carries that weight right into our current phase of the Nintendo Switch, regardless of it finding its footing on the hybrid-handheld after a disastrous generation. It shows up the dismissed hyperbole that surrounded the Wii U, and still burdens the Big N to this very day. Mario Kart 8 stands the test of time, with a confident Nintendo allowing it to run over a decade’s worth of gaming that is expanded to new content which will be rolled out in six respective increments over the next two years.

Some are crying foul, others are heralding Nintendo for prolonging its lifespan. I for one am glad we’re seeing some new content out of something that could have easily been thrown to the wayside if need be, but there was no need for Nintendo to abandon it. Mario Kart 8 Deluxe is still on of the top sellers for the Nintendo Switch. It shifts units, and gets people wanting to play with others. Of the reported 101.63 million Nintendo Switch units sold, Mario Kart 8 Deluxe has sold 43.35 million copies. It’s half the reason why people are playing the Switch. The boom it had upon its re-release for the hardware was immeasurable, and comfortably sits atop the rest of Nintendo’s legacy franchises, including Smash, and The Legend of Zelda: Breath of the Wild. Animal Crossing does sit a close second, due in part of its popularity during the pandemic – I mean let’s face facts here, Animal Crossing: New Horizon’s saved us during the Pandemic, I think we can all agree.

So do we need Mario Kart 9 right now? Are we that desperate for a sequel just yet? No. Not even close. There’s still so much gas left in this tank that it would be foolish to send it off to the wreckers, and have Nintendo pull it for parts. Mario Kart 8 Deluxe poises to go out with a monster rally that see’s it ride off into the sunset as a cross-generation great that can only have seen its resurgence through failure of one platform and triumph of another. It now wears the crown of being one of gaming’s most sold, and must plays. Now don’t get my words mixed here, overdue for a sequel? No. Need? No. Could we possibly want? Yes. New ideas and fresh takes are always welcome, but the game plan has been unfolded, and a minimal wait time has been set. For those desperate, 2024 is the chequered flag’s post. 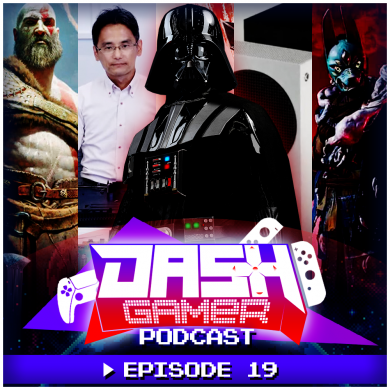