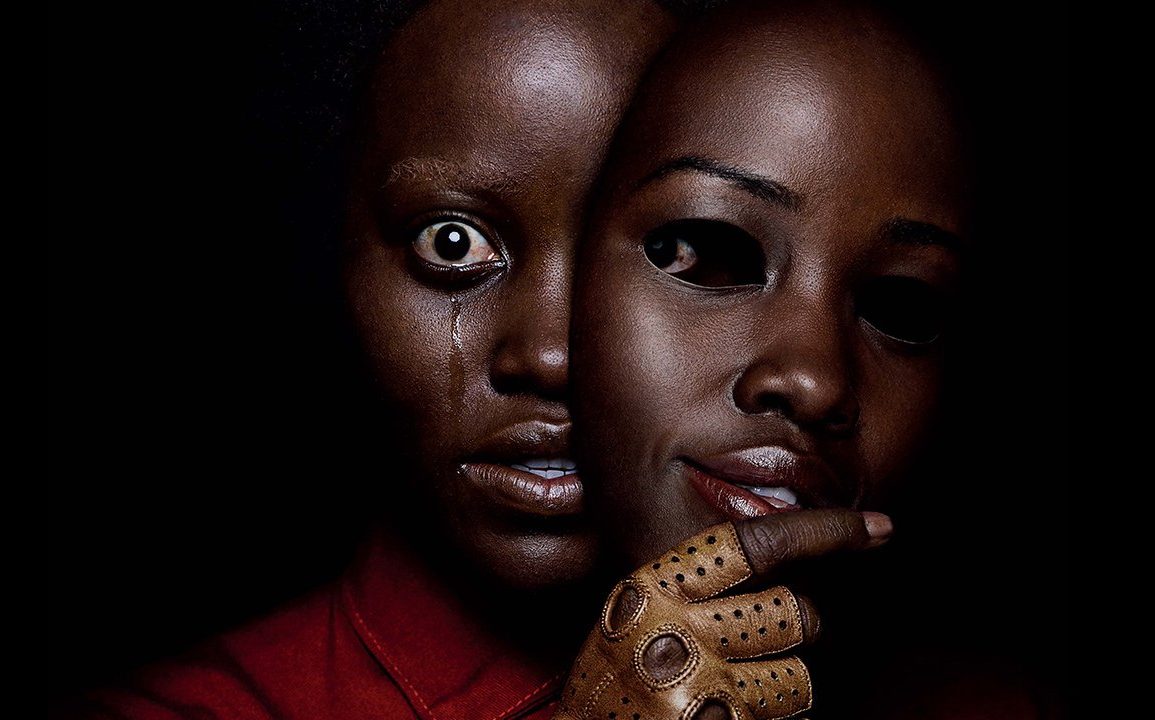 ‘Us’ follows the story of an everyday (so we think) African American family, who’s life soon turns to chaos, as lifelike doppelgangers come to terrorise them on what’s meant to be your average family holiday. At a beach carnivale, young Adelaide (Lupita Nyong’o) wanders into a “find yourself” mirror-room where she experiences a terrifying event, which will pave the way for a permanent paranoia of the beach she once visited. When Adelaide’s past fears come face to face with her “normal” reality, she and her family, Gabe Wilson (Winston Duke), Zora Wilson (Shahadi Wright Joseph) and Jason Wilson, (Evan Alex) are fighting for survival against a familiar threat.

Jordan Peele loves to create suspense and tension in his films, it was evident in ​Get Out, but further exemplified in ​Us. Cinematographer Mike Gioulakis does a great job in crafting scenes, with some beautiful use of both panning and tracking to further accentuate the tone set by Peele’s dreary atmosphere. Seeing a family stand at the front of your driveway isn’t something that would instantly scare one, but with the use of a low angled shot, Gioulakis makes the apparent doppelgangers stand out as threatening, using low-key lighting to mask their true appearance. Furthermore with the addition of strong shadows, Gioulakis creates one of the most intense, suspenseful and effective moments in the film, through crafty work with the camera. The film is also shot in a way to draw the viewer’s eye on to certain objects, preparing the audience for it to be involved in something important later. The toy truck used by Jason Wilson throughout Us, is a prime example of a zoomed shot playing into full effect later in the film.

Jordan Peele certainly knows how to cast and the cast for Us is no exception. Winston Duke, Shahadi Wright Joseph and Evan Alex all put on fantastic performances, but Lupita Nyong’o (Adelaide) is a cut above the rest and is definitely already an oscar contender for best lead actress. The shear sense of terror on her face throughout the film when both playing the protagonist and the antagonist, is truly both horrific and believable. The incredible actress from 12 Years Of Slave and Blank Panther masters both the act of fear and intimidation in Us, showcasing her immense talent. From the facial expressions, emotion, incredible voice acting, and those unbelievably big eyes (no that’s not a bad thing), Lupita Nyong’o and the rest of the cast deserve all the credit for their great performances.

However, Us doesn’t quite hit all the notes it attempts to, and the execution of many ambitious moments end up becoming a missed opportunity. The film feels as if it struggles to balance humour and horror, with many potentially frightening scenes being interrupted or even ruined by out of place jokes. Winston Duke’s character is especially guilty of this. The boat scene just flat out sucks. As much as I wanted to feel engaged in the film, it just didn’t connect with me, as much as I was hoping for. The inconsistent character tone of both Adelaide and Gabe, at times felt as if it was interfering with their personal chemistry, with Adelaide, primarily frightened throughout the film, in comparison to Gabe, who’s humour felt out of place and straight out awkward. The film also disappointingly tends to fall back on horror movie cliches, more so than Peele’s debut film. At times I struggled to follow whether the film was trying to be a slasher, thriller, mystery or black comedy with all sub genres not coming into full fruition. A lack of focus throughout, held the film back from being thematically powerful, with the subtext not being conveyed clearly enough to hold an identity.

Jordan Peele’s Us, hits many highs technically but fails to match the lofty expectations set by his debut film ​Get Out (2017). Cinematography, soundtrack, and performances aside, Us’ inconsistent tone, slight lack of originality and clunky (at times) humour, holds the film back from being something truly great. As much as I’d hoped for Us to be something special, the film just falls short of the mark. Following a strong start, with a great sense of direction and many intense foreshadowing moments, Us struggled to follow up on those early promises, ending up being a disappointing experience; as an ambitious plot turned out to be a predictable horror movie. 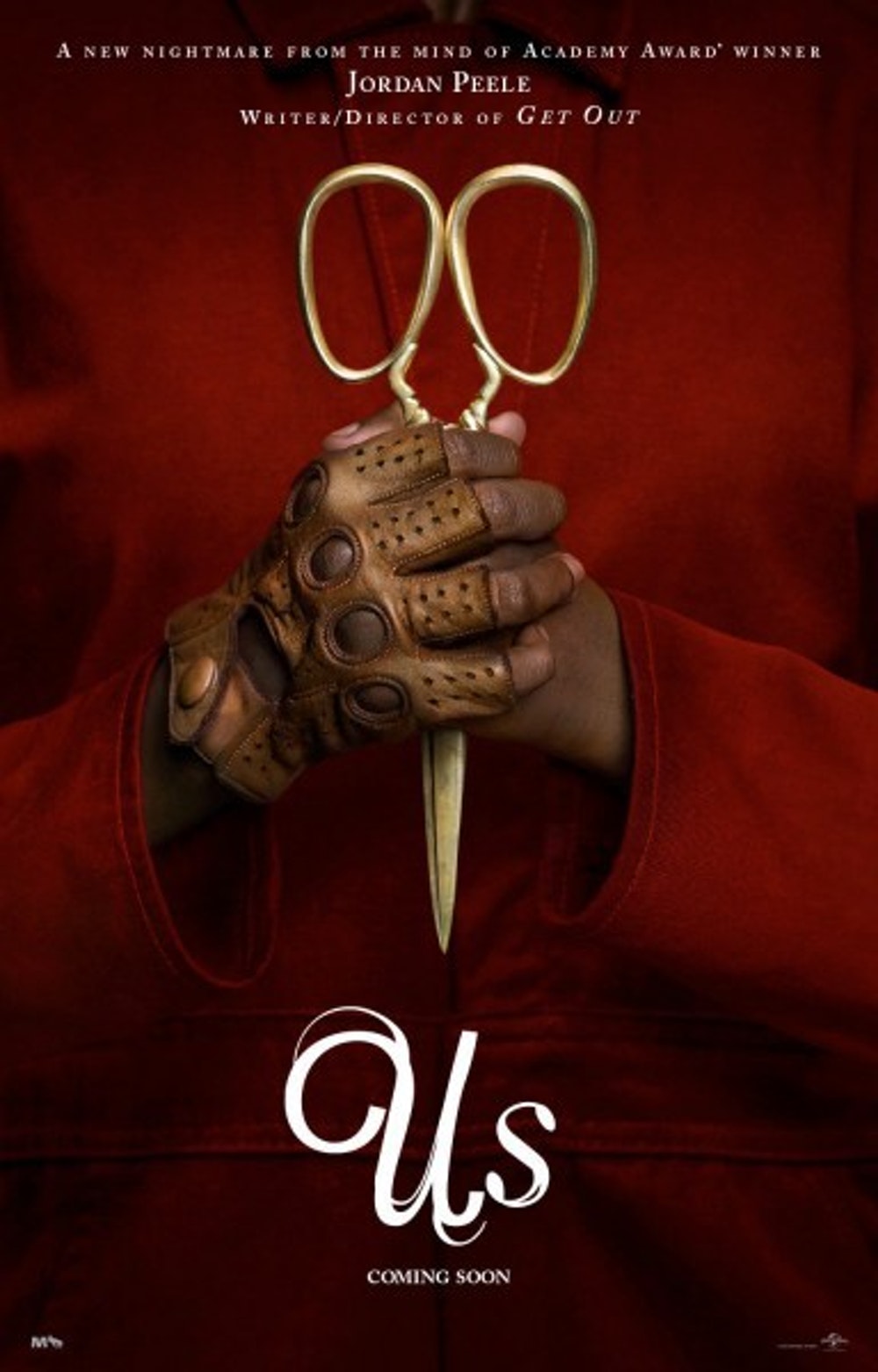 Accompanied by her husband, son and daughter, Adelaide Wilson returns to the beachfront home where she grew up as a child. Haunted by a traumatic experience from the past, Adelaide grows increasingly concerned that something bad is going to happen. 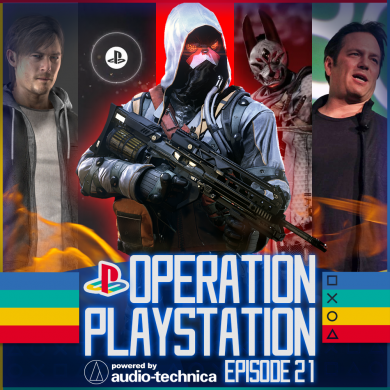