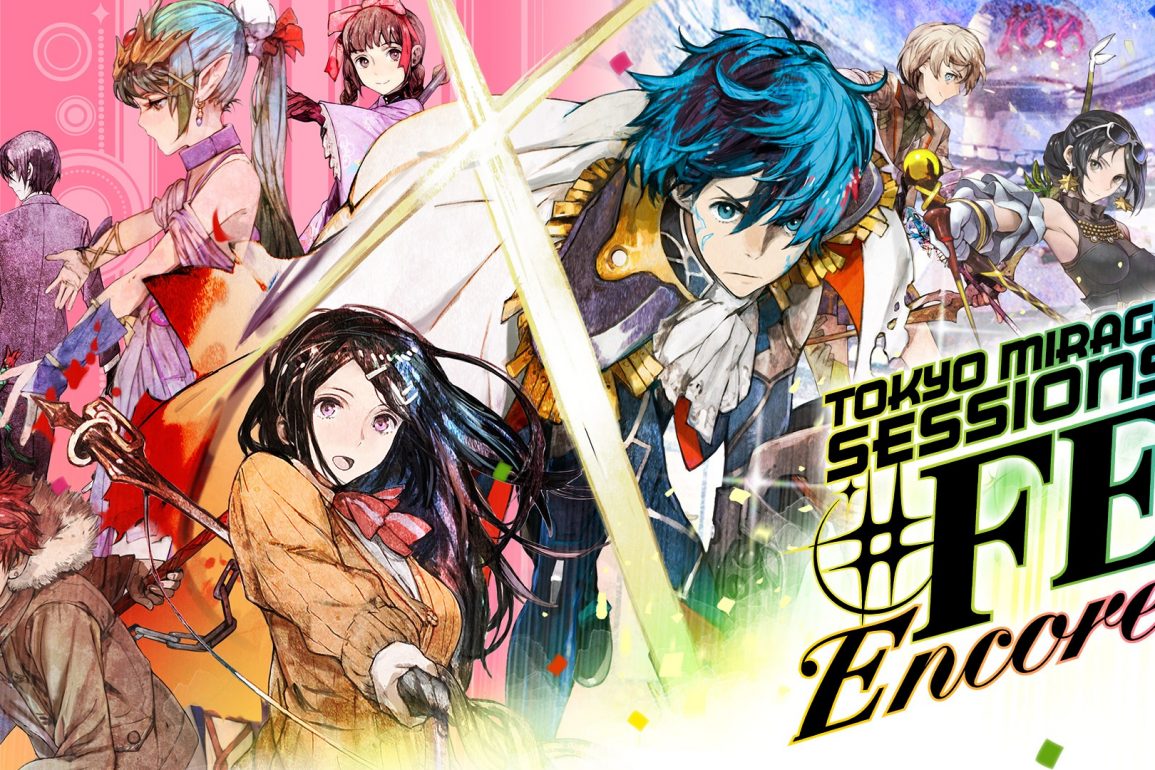 The Wii U was a gold mine full of hidden gems, and we have been fortunate to re-experience some select titles that have been ported over to the Nintendo Switch. One title that I was so excited to see return was the cult hit, and quite honestly, one of the best JRPG’s I’ve had the joy of playing, Tokyo Mirage Sessions #FE. With it’s subtitle “Encore”, Tokyo Mirage Sessions get’s a second-life on Nintendo’s hybrid home-handheld, bringing fourth one of the best RPG’s of last generation, to the current. It’s such an awesome feeling, being a fan of it’s initial phase, and see it introduced to a new generation of Nintendo gamers. Like many modern day JRPG’s, Tokyo Mirage Sessions does not hold back in content, and replayability. With nearly 50 hours of game time, there’s certainly no shortage in quality-of-life for anyone who is looking for a time-sink, and all round amazing gaming experience. While yes, it certainly is niche and aims itself towards three categories, those being Anime fans of the Fantasy genre, Shin Megami Tensei/Persona fans who love a twist or two in their plot, and followers of the Fire Emblem franchise that are dedicated to it’s incredibly expansive lore. There is a guarantee here, regardless whether you are a fan or follower of those groups mentioned prior, you will still fall in love with this action-adventure. It is one of the best story’s ever created in video gaming, and you would be doing yourself a disservice, missing it. So while I can gush about how great Tokyo Mirage Sessions #FE truly is, let’s talk about why it is.

So like many fantasy/anime inspired JRPG titles, you really need to throw logic out the window, but also caution to the wind because the plot here will smack you right in the feelings. If you are familiar with Japanese developer ATLUS, and the Shin Megami Tensei series, you will be no stranger to how it’s original concept in turn-based action works, but how does that all fit in with Fire Emblem? It’s an intriguing collision between two worlds coming together for one unforgettable experience. Without reaching too heavily into spoiler territory, due to the fact that the title is plot intense and heavily relies on it’s surprises, Tokyo Mirage Sessions #FE begins five years prior to the main plot at a concert hall. A young Tsubasa Oribe and Yashiro Tsurugi attend the Opera with the attendance at full capacity. While the concert goes on, a strange phenomenon occurs and disintegrates everyone in the hall apart from Tsubasa, leaving the young girl the only survivor of what is an unexplained supernatural incident.

We time leap ahead to present day where we meet with our protagonist, Itsuki Aoi who attends the One of Millennium talent auditions, where he spots Tsubasa also participating in the festivities. Tsubasa’s dream is one day to become an idol, as it has always been her dream since being a child. After being called to stage, Tsubasa is questioned by the presenter about wanting to become a teen idol but is then possessed by a what is known as a hostile Mirage. Tsubasa is then held hostage by the possessed presenter and taken through a portal that leads into a strange metaverse known as The Idolasphere. Itsuki has no choice but to follow them in hopes to save Tsubasa and awaken his “Performa”. Now I know what you’re thinking, yes Performa sounds so close to Persona, and while they are kind of similar, their abilities are totally different. The best way to describe a Performa, is an alternate version of someone’s personality that exhibits creative energy.

Now that we’ve covered the title’s base plot, let’s talk about Tokyo Mirage Session’s core gameplay loop. As a fan of the Shin Megami Tensei franchise, much of it’s modern day take is certainly present and felt here with it’s focus centralising towards dungeon exploration and traditional turn-based combat. While it’s working title may have been Shin Megami Tenset X Fire Emblem, I would have begged to differ as it’s story fits the mold perfectly of a semi-Persona title. With exploration outside dungeons, players may roam and explore familiar locale in Tokyo, interact with different characters that will help you build multiple stats through your time in-game, and visit shops to buy items. I would equate the dungeon design akin to Persona 4, that resonate a multi-tiered labyrinth, with a myriad of themes attached and some light puzzle solving. While traversing and exploring through these dungeons, you will stumble into many encounters with hostile Mirages that will trigger the game’s core turn-based combat.

Itsuki will be equipped with a rapier while you explore each dungeon so that you land the first hit and take initiative upon entering battle. As the game assumes a hybrid crossover of both Shin Megami Tensei and Fire Emblem, we’re introduced to multiple enemy elements through battle such as Ice, Eletric, Expel, Fire, and Death. Weapon Types are also present with Sword, Lance, Bow and Axe. While in combat, using a Session Attack allows your party to help with landing additional blows after your character strikes an attack of their own. Gaining affinity during the attack will also help party members learn new team abilities where you may team up for a more intensive blow. A session attack will land a chain of blows that will help characters in your party increase their Stage Rank. With each Rank increasing, you will advance the story further helping complete and progress through the plot as well as some side quest events, which I would highly advise completing to help increase your Rank faster.

Social links are present, and also work alongside the Duo art system that helps playable characters improve their relationships and abilities to pair up for certain session attacks during battle. This helps later in the game, as you will encounter a difficulty spike, and certain Mirage’s will be leveled beyond what you may have experienced previously. Naturally, like any Shin Megami Tensei title, It’s all about the grind. One thing noticeable about the port to the Nintendo Switch, has been it’s streamlined approach to the title that has ultimately axed much of it’s bottle-necking from it’s original entry. Something I deeply appreciate. The game get’s right to the point, and the story’s slight revision helps make the game just as enjoyable. In terms of having an emotional connection with each character, I certainly felt close to them than I previously did and can truly appreciate their personalities better now that I replayed the Switch version of the title. You won’t be missing any pivotal plot points from the original, that in anyway affect the way the game plays.

In terms of presentation, Tokyo Mirage Sessions #FE is the best looking JPRG on the Nintendo Switch. It’s beauty and design is honestly a sight to see. I love each character design that resonates a hybrid of a Medieval Fire Emblem character, with the personality of a Shin Megami Tensei mainstay. Everything about the game exudes personality, and that is the message the developers sent clearly throughout their time making this title, and the message is delivered clearly here. While I would have loved English Vocals to be here, and to experience a complete localisation, I still appreciate what we have. Like many of the Persona and SMT entries, we have come to a certain level of expectation in quality of level architecture, terrain design, characterisation, and of course a soundtrack to match in which I can safely say that all of these are up to par. Composed by Yoshiaki Fujisawa (No Game No Life, The Helpful Fox Senko-San), we are treated to a variety of J-Pop and Electronica to suit lively vibes from roaming Tokyo, to talking with notable NPC’s, which then opposes it’s darker tones of heavy rock when exploring deeper into dungeons and encountering boss battles. It’s honestly a solid soundtrack for a title that matches it’s theme of performance.

Tokyo Mirage Sessions #FE Encore is getting it’s second chance. It’s new life on the Nintendo Switch that it whole-heartedly deserves. As one of the best and underappreciated JPRG’s of the last generation, I for one am so glad to see it being loved by a new crowd of gamers which has given it a prosperous lease within the RPG community, once again. For fans who are looking for an amazing RPG experience, and for Shin Megami Fans who have yet to dive into the world of Fire Emblem, this is an amazing entry point to familiarise yourself with it’s lore. While it’s completely different from what is expected from a standard Fire Emblem, it is what we’ve come to expect from ATLUS and their incredible creativity. Tokyo Mirage Sessions #FE Encore is an essential for any JRPG lovers, and Nintendo Switch owners.

Tokyo Mirage Sessions ♯FE is a 2015 crossover role-playing video game developed by Atlus and published by Nintendo for the Wii U home console. 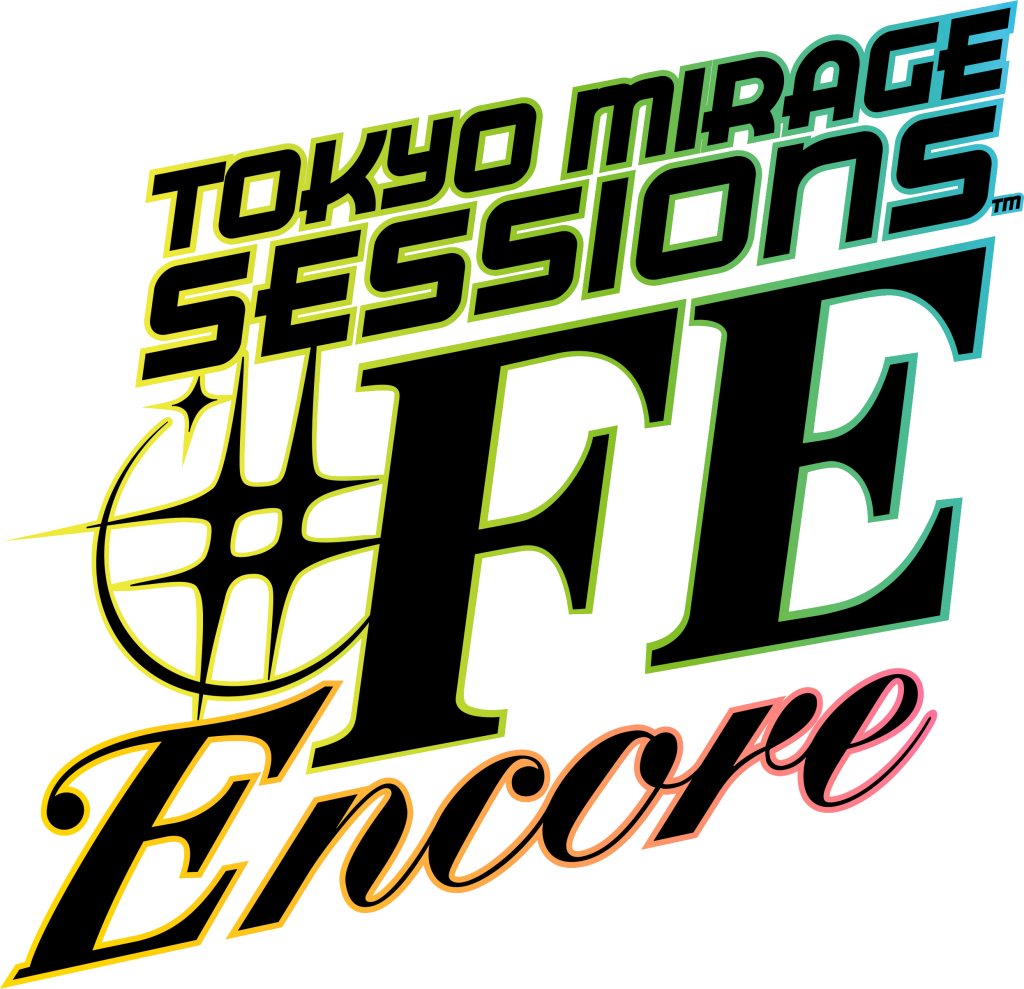 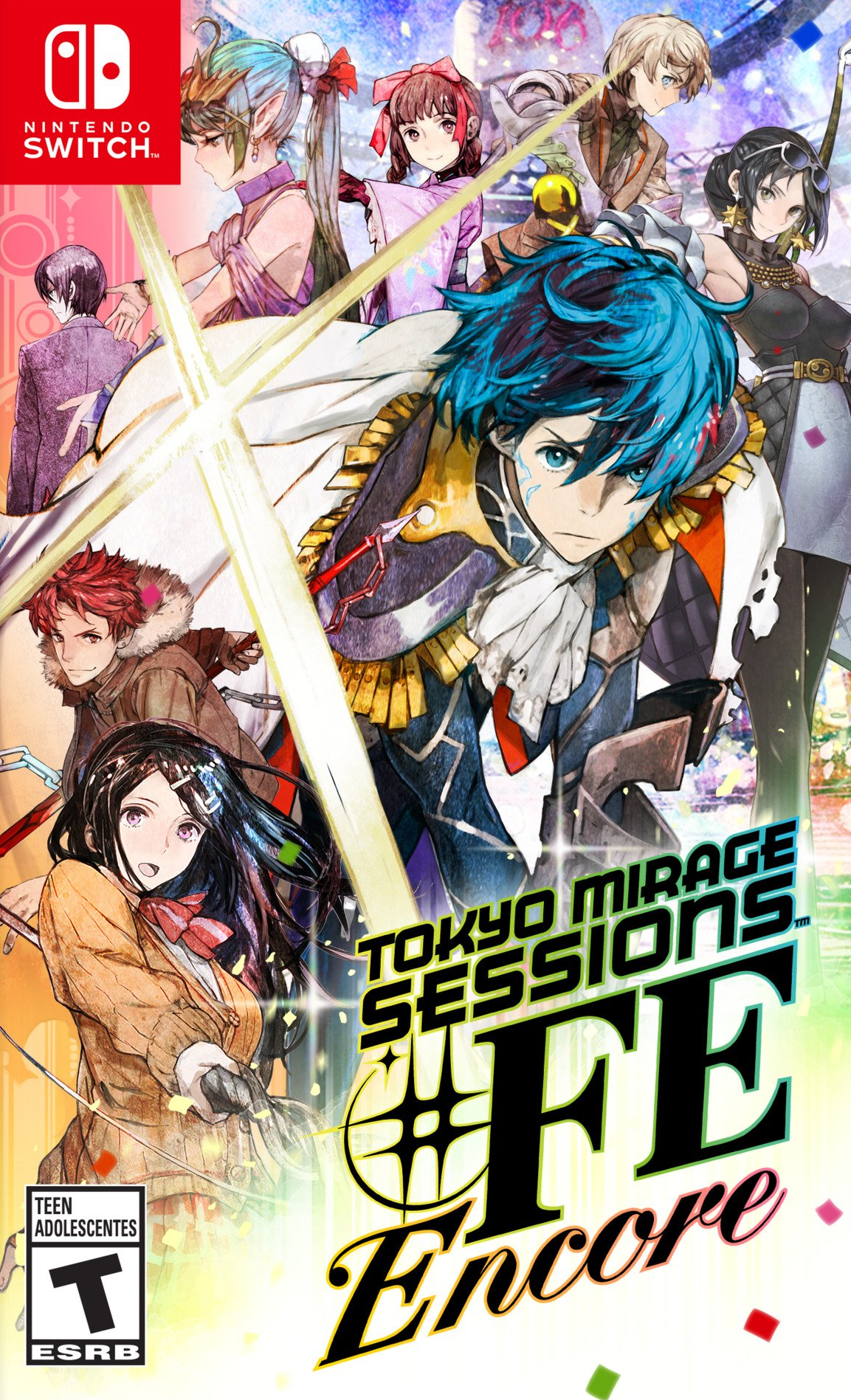