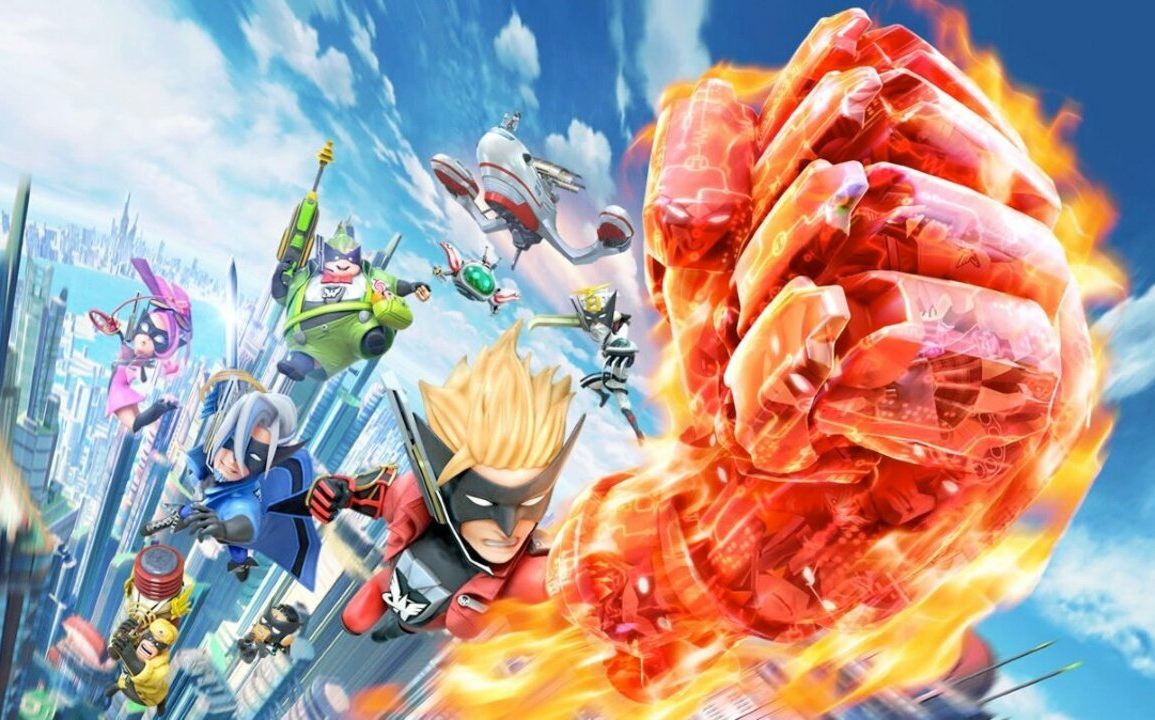 ❌Some console conversion is muddled within the mix.
❌Lack of tutorials can become a little problematic.

What a Wonderful World...

I never quite understood the appeal of The Wonderful 101 on its initial launch. With Nintendo coming off its most successful home console of all time with its most underachieving piece of hardware in the Wii U, The Wonderful 101 was an illuminating beacon of hope, dissecting the dual screen experience and experimenting with its reliance heavily. The Wonderful 101 could be labeled the Wii U’s testing bench in terms of highlighting the console core capabilities near its inception. But there’s no doubt that PlatinumGames had other plans for this series, but ultimately fell through due to a sales flatline in hardware and software units shipped overall. However, earlier this year, the Japanese based publisher launched a Kickstarter with the intention of porting the title to the Wii U’s generational contemporaries in the PlayStation 4 and Windows PC (odd how it omitted the XBOX One).

Director Hideki Kamiya and Producer Atsushi Inaba, both approached Nintendo who had partially owned the license to publish the title as an exclusive to their platforms, in hopes of breaking the singularity to bring The Wonderful 101 to other platforms. Nintendo had disagreed by kindly discontinued their licensing agreement, allowing PlatinumGames to take full control of the intellectual property. Without an ends to means, the studio launched their Kickstarter to a raving success within minutes. All campaign goals were absolutely smashed, and the game was funded for publication across all three platforms, including the Nintendo Switch. After some careful consideration, the team had decided to remaster the title with a fresh coat of paint to its models and overall aesthetic. This also marks the very first in-house title the studio has ever developed and published.

Delivering a zany animated world, full of vibrancy can lift certain elements of what would be described as simple in approach, but The Wonderful 101 executes this feat with class. With an array of quirky heroes involved within a insane narrative, Blossom City becomes an engrossing universe that will no doubt encapsulate you from the onset. Taking place within the events of Earth’s third universal war with the Geathjerk Federation, an alien terrorist group looking to devastate humanity, The Wonderful Ones are deployed by the United Nations in hopes of defending the planet, and ridding Earth of all foreign creatures. Our lead protagonist is Will Wedgewood, a teacher at Blossom City Elementary who leads a double life of portraying a well kempt disciplinarian in his day-to-day routine, but is infact a Superhero in disguise.

Meet Wonder-Red, Wedgewood’s alter-ego. Donning his CENTINEL-suit and slick golden mane, he is the sole surviving member of The Wonderful 100 that continues to carry the weight of humanity’s safety. Continuing to seek justice for Geathjerk’s imposing oppression, Wonder-Red teams with a new band of heroes in hopes of annihilating all oncoming threats towards Earth’s population, however not everyone agrees. Luka, a student of Wedgewood’s class opposes both heroes and aliens and expresses hatred towards their continuous war. After Geathjerk’s attempt on destroying Blossom City, the Heroes band together and shield Earth with five Super Reactors, effectively gating Earth from outsiders. This proves to be ineffective for those who may have already been secretly living on the planet, and it is now up to our heroes to travel around the world and destroy the imposing threats.

Amalgamation. It’s an odd word, but if anything would describe The Wonderful 101’s core gameplay loop perfectly. Trudging around different landscapes and approaching a plethora of baddies, you can describe this title as almost a Beat ’em up with some “Pikmin-esque” like mechanics added to its versatile arsenal. Accessibility is key within the title’s framework, with attainable dexterity allowing a younger crowd to enjoy this title by simply jumping in and button mashing to their heart’s content. If anything, there are some interesting features such as in-game purchases that allow you to upgrade your heroes capabilities and their artillery, and its use of handheld mode’s on-screen mapping makes for a seamless approach in controlling your band of merciful missionaries.

Translating the title from a dual screen experience is quite the interesting endeavor. While I would love to say it was a seamless experience in re-learning much of its original mechanics that were built for purposes of an entirely different ecosystem, it’s unfortunately not the case. Using the right analogue stick or the touch screen depending on how you play, you will find a complicit, yet tedious experience compared to its original counterpart. The notion of duality is thrown out the window, with the concept of cumbersome controlling being at its forefront. Thankfully, I did not find it confusing but found that it took away from the title’s overall streamlined pacing that made for an action-packed adventurous experience it was once known for. Understanding the limitations bought forward in its omission of certain aspects from the Wii U, will downplay some encounters but will maintain the title’s overall intent.

With an absence of any explanation or tutorial on its framework, there are some bewildering aspects that will challenge you in learning or re-learning The Wonderful 101’s perplexing control scheme. I would say more sophisticated than convoluted, understanding its inputs can be quite the task at hand, with many encounters throwing you immediately into a whirlwind of chaos. You will be defeated on numerous occasions, that is a guarantee, but once understanding its complex structure, makes for an incredibly fun and engaging experience. While most of its accessibility comes from mindless button mashing, the title will not hold your hand and that’s something I kind of admire in a way, but can present its problems in appealing to a wider crowd.

Aesthetically, the game looks gorgeous on the Nintendo Switch. Its new coat is quite evident, and its overall upgrade in presentation forwards a new charm into its magical world of miniature heroes. While it may lack in some form of diversity and range, The Wonderful 101 still manages to produce an amazing arrangement of Gameplay, Presentation, Setting and Plot. Its easy to make comparisons, but this original story shows strong a premise in triumph over evil, and does an amazing job portraying this within its initial design concepts. Battling an array of alien baddies, and monstrous behemoths really depicts a “David vs. Goliath” style fairytale. Its visual fidelity is incredible, and relays this incredibly on the Switch’s handheld mode, with given pixel density. With it running at a silky smooth 60fps, I was inclined to continue my playthrough in handheld mode, while the title docked ran at a locked 30fps.

The Wonderful 101 makes a welcome return to the current generation. Its versatility shines with some minor hitches that can be easily omitted. Its variety in style and core gameplay changes in each and every turn, making for a fresh and unique approach at the simple top-down beat ’em up category. It melds itself nicely within a multitude of genre’s, masking itself from sitting exclusively within its action-adventure bracket. A beat ’em up with style, an RPG with flair and an action platformer with elegance and cinematic grace. An engrossing narrative that will encapsulate the heart of many youthful gamers out there, and even the adult audience that will attribute it to an old school 80’s anime style morning cartoon. Its flashy appeal, and marvelous vibes help cement its establishment as one of the best hero story’s told in video gaming, and certainly will hold its legacy within Platinum’s esteemed franchises, as one of the best.

The Wonderful 101 is an action-adventure game developed by PlatinumGames and published by Nintendo for the Wii U. The game was directed by Hideki Kamiya and produced by Atsushi Inaba; the pair also worked together on the Viewtiful Joe series and Ōkami. 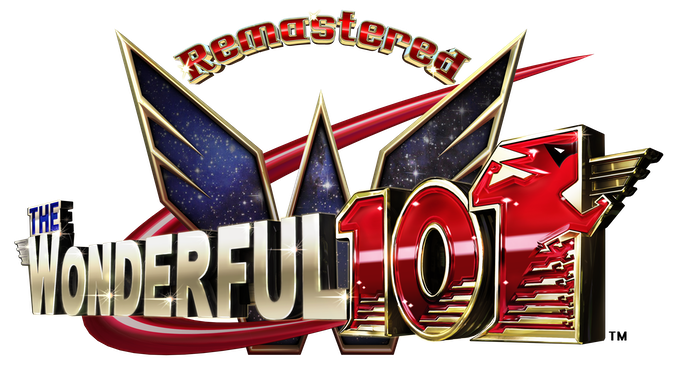 Story
8
Gameplay
8
Presentation
8
Sound
8
8
A code was supplied by the publisher, for our review. 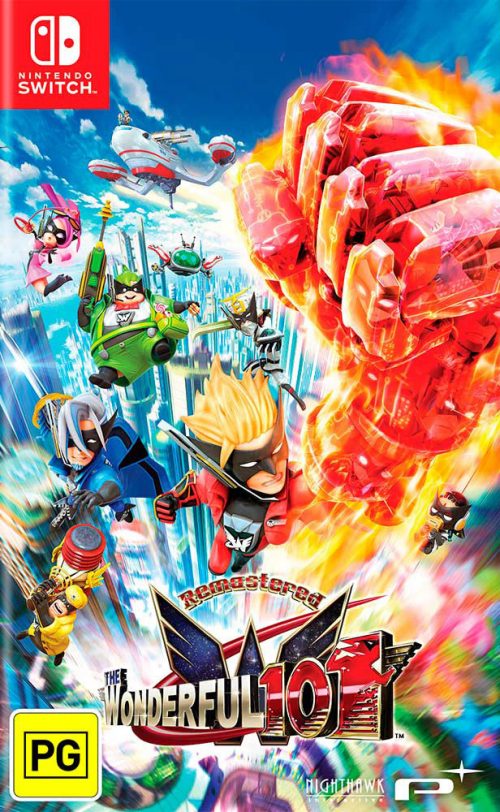 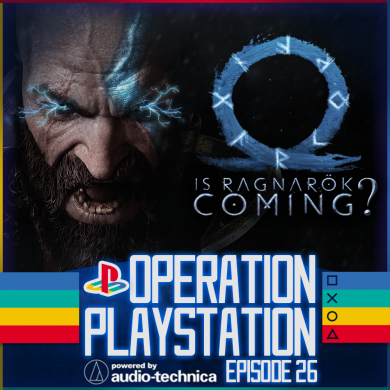